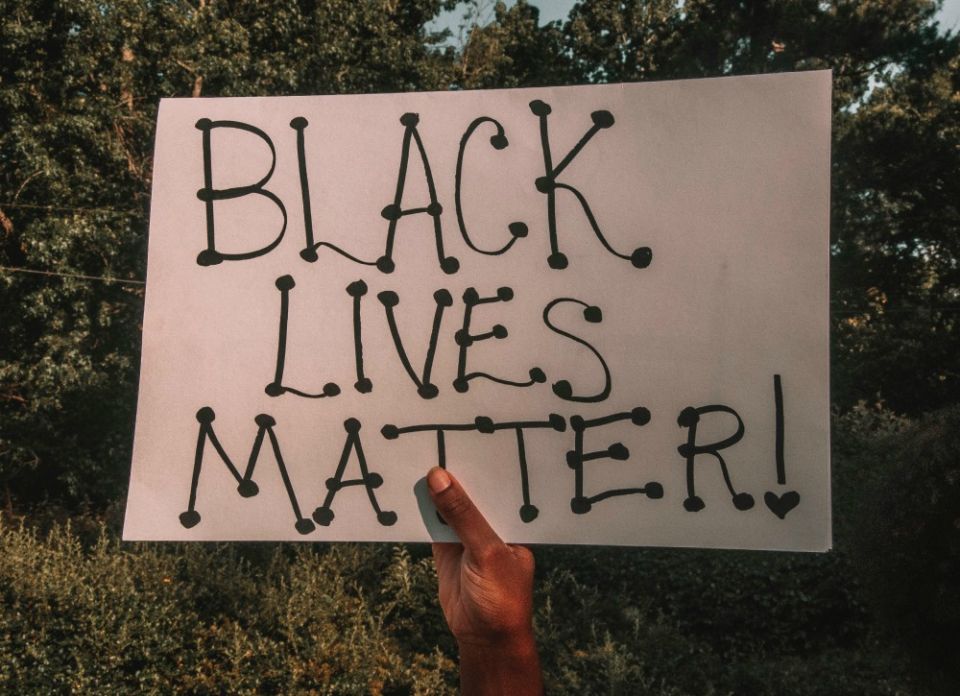 "The Lord looks down from heaven upon the children of men, to see if there are any who understand, who seek God. They have all turned aside, they have together become corrupt, there is none who does good, no not one" (Psalm 14:2-3).

The word of God confirms that we are capable of being destructive to one another. We have the capacity to be evil, violent and torturous.

For several weeks, my soul has awakened wearily around the midnight hour. The decibels of silence were deafening as time ticked slowly away and darkness was melted too slowly by dawn.

Fear rises within me as I search for words to describe the racial chaos, and gather enough courage to address the bigotry that builds citadels in the North — no longer just in the South.

I have searched for a more sophisticated way to describe the sin of racism. Unsurprisingly, there is no kind way to express such a poisonous sting that stabs the gut and chokes humanity beyond recognition.

Yesterday, I walked outside after a thunderstorm. As the sun crept through ominous clouds and the pavement dried, water droplets hung from budding leaves.

As I walked under maple trees I hoped to avoid drops of cold water on my head and the back of my neck. But I was caught off guard and two droplets splashed on my forehead and nose.

As I continued to walk, not knowing when the next drop might fall, I thought, This is the way I have navigated through life — never knowing from one day to the next when I'd be confronted with the next chilling encounter with racism.

A daily dose of microaggression, whether intentional or out of blatant ignorance, is a guaranteed way to cultivate racism. How could the microaggressor not know an African American would not appreciate a joke about slavery? Perhaps the woman did not know it was inappropriate to tell me, "You speak well for a Black person!" or "You don't act like most Black people!" It was not a compliment to ask Hank, a young man from Japan, "Where are you really from? You don't sound like a Jap!" "Can you speak Asian?"

This type of blistering bigotry burns deep into the souls of people of color. African Americans have tasted and braved the bitter basting of racism from their first breath to their last. We live with the possibility that racism will flare up every day, and by the end of the day we can be emotionally and spiritually drained.

People of color live in a bicultural society and have to think one step ahead if we don't want to become tangled in a web of controversy. So I chose to be sensitive in my response to white friends, who meant well, who told me that I needed to see the movie "Just Mercy."

I began watching "Just Mercy" a few nights ago on Netflix. As with all movies of this genre, I found it painful to watch. I fast forwarded the movie in most parts as I wondered why anyone would think it was a movie I had to see.

Since the 2014 killing of Michael Brown in Missouri we have heard the slogan, "Black Lives Matter;" now it is being challenged by groups stating that "All Lives Matter!"

Ignorance leads to disastrous and untamed behavior. Untamed behavior can be evil. Evil can lead to violence. Violence can lead to death. They have all turned aside, they have together become corrupt, there is none who does good, no not one.

I cannot understand how supposedly intelligent people in leadership positions in a First World country can remain silent and inactive when a large percentage of the population suffers from the residue of ignorance and hatred.

People born in America should not have to protest, boycott, vote nor die to obtain the rights of citizenship. Where in the United States does a person of color go to find "liberty and justice for all"?

Unfortunately, George Floyd encountered the embodiment of ignorance and evil on May 25. Since his murder, the topic of racism has risen to new heights in conversations.

I am stunned by the number of people who have finally awakened to the horrors of racism. I am numbed by the level of shock and surprise expressed by people who act as if this is the first time they have heard of police brutality, realized that segregation still exists, as well as the prevalence of systemic racism.

I credit their epiphany to social media. The coverage of the murder of Floyd brought the horrific 8 minutes and 46 seconds — showing an officer with his knee on Floyd's neck — into our homes. Eyes were opened to an American tragedy in which African Americans and other people of color have either starring roles or front row seats.

Let us never forget Amadou Diallo, Timothy Thomas, Atatiana Jefferson, Freddie Gray, Tamir Rice, Breonna Taylor and hundreds of others! The difference between their deaths and Floyd's is that we no longer need "Dateline," "20/20" or "48 Hours" to tell us the story. A murder can now take place in real time on an iPhone or a computer.

We can all now see evil personified! An evil that no longer hides behind a white sheet, but now uses public platforms to speak, sits in the office across the hall, yells obscenities from a passing car, manages the local bank, sits on the school board or proudly displays the Confederate flag.

People of color, also "created in the image and likeness of God," are tired of being ignored, insulted and invalidated! When people of color are mistreated by those who profess to love God, what does that reveal about people's relationships with God? Do they only love a small part of God?

Policies and laws might change the infrastructures and daily operations of organizations, but it will take tremendous will power and determination to unlearn racist characteristics. People have to desire change! It will take hard work to overcome attitudes that have been learned — modeled by racist parents, friends and teachers.

I pray that George Floyd did not die in vain as his face pressed against the pavement and he was unable to breathe.

I pray that as George Floyd struggled to say, "Mama, please, I can't breathe!" he breathed in the eternal breath of God.

Q & A with Sr. Simone Cambell

'I can't breathe' — the words that haunt us