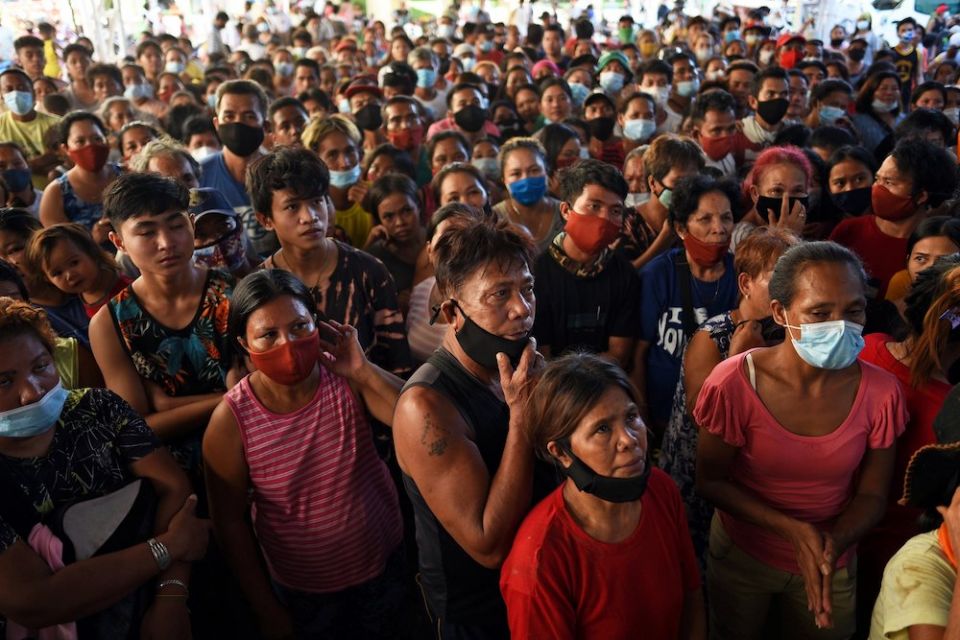 Residents wait for relief goods at an evacuation center in Manila, Philippines, Nov. 13, following Typhoon Vamco. Five tropical storms or typhoons have hit the Philippines in a three-week period, including the strongest typhoon since 2013 and the biggest floods since 2009. (CNS/Reuters/Lisa Marie David)

I believe the dawn is close, but the wait seems eternal. Close it is, because every single day there are lots of concerted efforts to curb the situation. Eternal the wait — because no matter how much effort the world puts in, so much is undone and smiles of hope fade into silent despair. Will we ever wake up one morning, look at the world and with humble pride and an irresistible smile, and sigh, "Yes! We have bade poverty farewell?" And herein lies our eternal wait.

All around the globe, the endless work to eradicate extreme poverty rolls on — to ensure that children in every corner of the world have food, water and a safe shelter. Unfortunately, our world is overwhelmed with so much poverty that many wake up with a cloud of gloom blotting out the hope that "there is hope for the future." In any case, who would dare think of the future when the present is marked with hunger, thirst, homelessness and a global pandemic? There seem to be more questions than answers, but we know that poverty lingers on.

Poverty may have become a canker because we have entrenched it as a human attribute, or at least a societal necessity. Somewhere I saw this quote: "It is not your fault that you are born poor … but if you die poor, it is your biggest fault." What did that mean? I decided it meant that our mind-set is our first failure in the fight against poverty.

But who would choose poverty? There are several tricycle drivers on the streets of Manila who work right from cockcrow till dusk, and for what? How much are they making? Many believe the poor are not smart enough, hardworking enough or just are not choosing the right career. With this kind of thinking, would anyone want to give to others what they deserve or to share the public wealth equally? To me, the essence of capitalism is "grab for myself as much as possible from the limited wealth — at whatever cost."

For capitalists, business is set up to make profit and minimize wages. There is no regard for worker effort and efficiency. Through the greed of a few capitalists, businesses make huge profits, but the worker is stuck in poverty. Workers are not employed: rather they are contracted for a few months and laid off. Essential benefits which a person needs for human dignity — are shelved.

With the desire of the business owners to increase productivity and profit through cheap labor, the labor force is left with only what business agreements allow, especially when workers in both industrial and agricultural sectors are poorly educated about their rights. The problem here wouldn't be that the poor are lazy; it is that they are faced with systems and structures that don't offer equal opportunity.

Capitalism — whether good or bad — still remains the economic model for most entrepreneurship. It drives innovation and boosts productivity. That is why capitalist businesses dare to operate on the global level. I find the idea of foreign investing kind of consoling yet abusive. I see job opportunities for the local people, but globalization thrives at the expense of the poor. Investors set up their businesses in developing countries where salaries are on a daily or monthly basis rather than an hourly basis, presupposing low salaries. In the end we have poor people making money for multinational firms owned by the already rich. So globalization only serves as a fuel to stoke the fires of capitalism.

Living in a system with no socially inclusive policies that share the benefits of economic growth with more of the population, many are pushed into poverty in their home countries. It seems to me that inadequate government structures leave citizens today under colonization, this time under their own leaders.

In its April 17, 2019, issue Global Finance reported on the world's poorest countries, describing the actions of dictatorial and corrupt governments as "activities that turn any rich nation into a poor one." Bad laws and regulations, government bureaucracy and the concentration of national wealth in the hands of cronies leave the rest of the masses in abject poverty. Therefore, no matter what effort the people put in their work, they cannot generate enough income.

I think it is unfair when government salary structures create huge inequality between citizens in white-collar and blue-collar jobs, because skilled laborers and small-scale farmers have the hardest work. When the minimum wage is so low that the monthly salary can barely support a family, it is discouraging to even enter the job market. When the family is large, then a lot is at stake, and young families are forced to reduce the number of children they have.

With the world population at over 7.7 billion, it seems natural that the pressure on global wealth might make poverty inevitable — it's not surprising that some of the densely populated countries are also the world's poorest. It is one reason why the Millennium Development Goal One, an initiative of the U.N. to eradicate extreme poverty and hunger, has not yet been achieved. 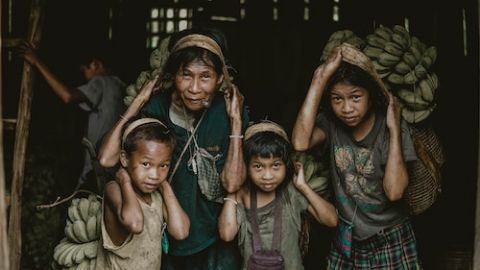 I always wondered why the poorest people often seem to be those with the most children. The United Nations Population Fund (UNFPA) says that "poverty in influenced by — and influences — population dynamics, including population growth, age structure, and rural-urban distribution." So countries with large populations tend to be the least developed. The country and its people don't just lack income and basic necessities, but their abilities to participate and function in their own development are hampered.

I think about how poverty could be eradicated from our world. Because I dream of a better world, a world where people can develop a positive mentality about the sufferings of the poor, a world where business owners would take into consideration the welfare of the laborers who help them make their profits, a world where our leaders in government and private sectors remove the barriers that fuel the unjust distribution of national wealth.

Social Justice | My dream: farewell to poverty and its causes

To Speak the Truth in Love: 'I included the ordination of women in my greeting. And I want it included'

Where do women stand?