by Julia Gerwe
Spirituality
This article appears in the Notes from the Field feature series. View the full series. 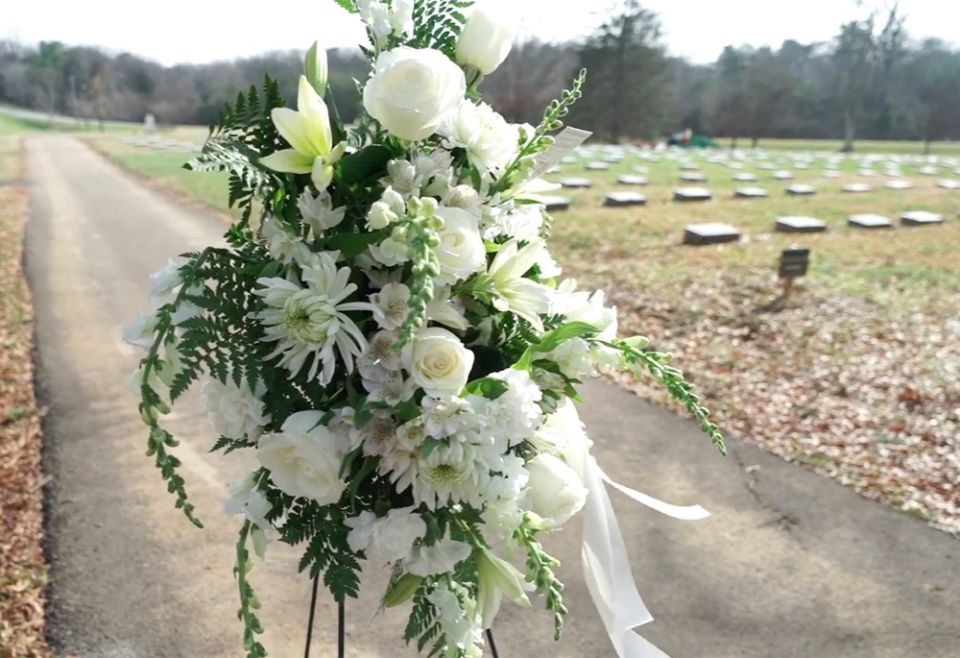 Editor's note: Notes from the Field are reports from young people volunteering in ministries of Catholic sisters. A partnership with Catholic Volunteer Network, the project began in the summer of 2015. This latest round of the series features volunteers in Orange, California; Nazareth, Kentucky; and New York City. Read more about Julia here.

Nazareth, Ky. — How do you approach the realities of dying and death? I can remember having nightmares about death as a child, about losing my family and friends and about what came next. As I've grown up, conversations about death and rituals, such as funerals, have made me anxious, unsettled and uncomfortable.

You see, my understanding of death and dying was largely informed by the culture in which I was raised. In my space within the U.S., death is commonly viewed as "the end," a tragic reality, something to run away from — in conversations, in grieving, in individually processing loss. I've lived a life so uncomfortable confronting death.

When I started my first year of service, I reminded myself daily to embrace the new experiences that lie ahead. While the focus of my work was mostly new to me, it turned out that this wasn't the only, or most, surprising facet of my life with the Sisters of Charity of Nazareth. Instead, life with a community of women religious forced me to confront and respect death.

I have helped bury about 15 sisters since September 2020. At first, I was shocked to learn that the Grounds Department here is responsible for acting as pallbearers and burying deceased sisters in the cemetery on campus. I remember thinking about what an interesting job provision this was: participating in funeral services, bearing the sisters to their resting places, burying them, and maintaining the cemetery. 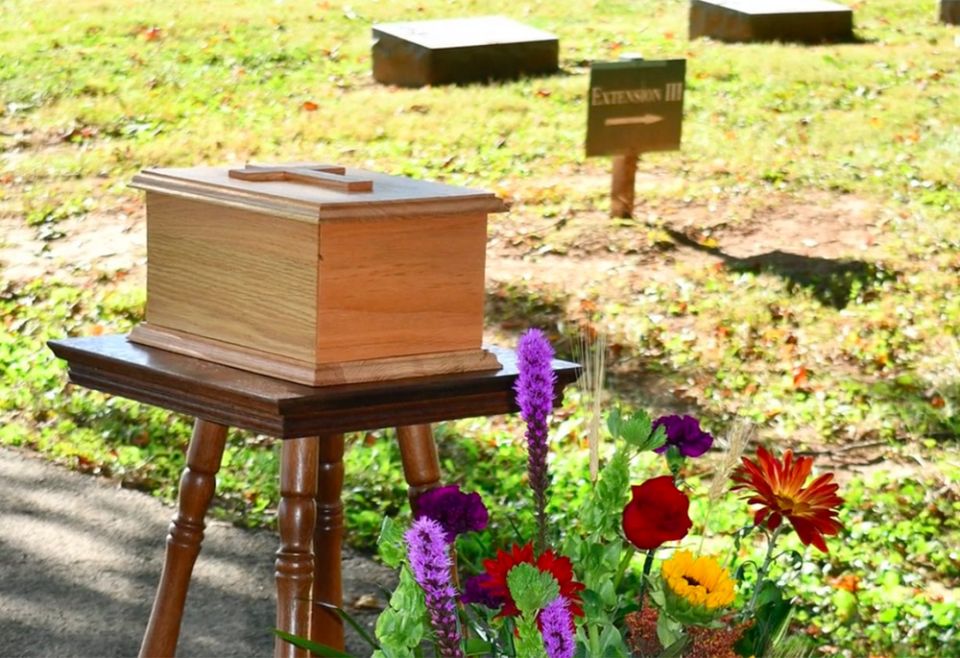 Because I worked so closely with the Grounds Department, this responsibility was extended to me. Don't get me wrong, my supervisors made it clear that I did not have to participate in burials. My immediate hesitation stalled, however, upon a conversation with one of my friends in the department — Jason.

Jason explained that he gets to know and build relationships with many of the sisters he ends up burying. While often difficult, he sees burials as a final act of service that he can offer to them. Accompaniment from life into death, he said. I listened.

I have been privileged in my life to mostly avoid close contact with death and dying. Sure, I lost my Papa in high school and a beloved neighbor recently, but these griefs have been few and far between. Life and legacy live on in their own way, as my friend Jaesen so beautifully wrote in her recent Notes from the Field post.

This topic resurfaced in my mind and heart when I recently learned that my grandmother — my Memaw — is near the end of her own life. It's been a time of processing and of grieving. Though I feel that I've grown in my understanding and comfort with death, it's still so sad. Yet I draw comfort from my time alongside the sisters as my family and I near this loss closer to home. 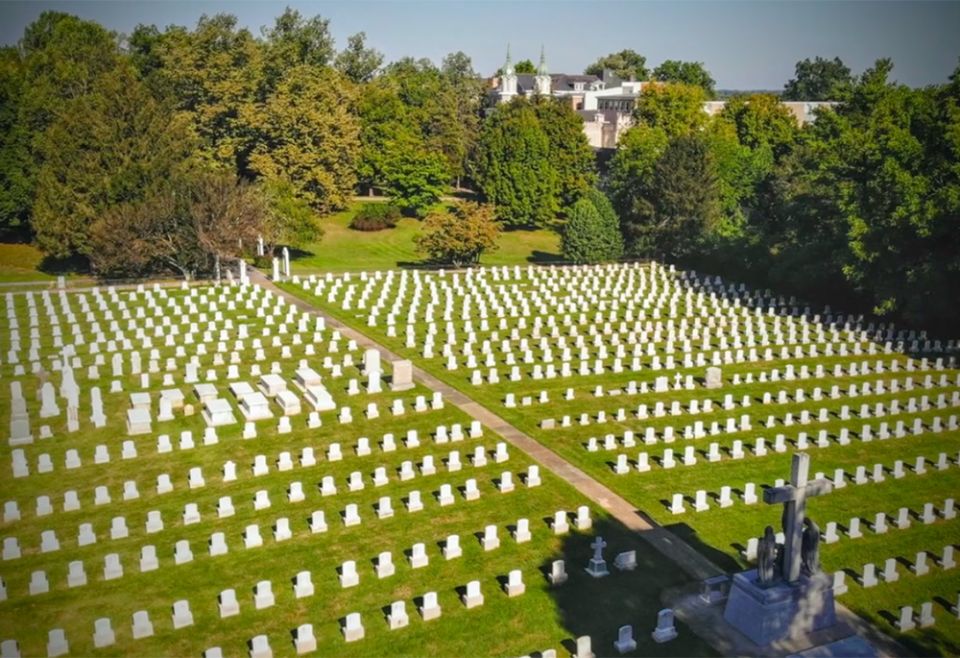 Learning to confront death and to find peace with dying has been a unique feature of my service. Further, I experienced this in a distinct way because of the pandemic.

When the sisters couldn't host funeral Masses, they hosted "prayer services" of sorts outside. In these services, sisters talked about the lives of their deceased, sharing memories, laughs and tears. Family, friends and sisters processed to the burial site and contributed handfuls of soil and flowers once the casket was lowered into the ground. During each service, I savored the community, peace and life that passing unto death brought. Here, there is dignity in dying and a community that enriches each phase of life's journey.

When a sister passes away — at least at Nazareth — the community recalls her stories, her ministries, and often her quirks. I've learned so much about these powerful women in their passing, making me wish I'd had more time to know them in their living. Though I often contribute to these services in only small ways — such as elevating a shovelful of dirt so sisters don't have to bend down to scoop it up, carrying flowers in the procession or simply preparing temporary grave markers — I feel the love radiating from the community of the living every time.

What I don't feel are the grief and (honestly) terror that I've experienced throughout my life. Granted, because of the pandemic, I didn't have the opportunity to know many of the sisters who have passed at Nazareth. I honor their losses and the pain that endures. Still, each funeral and burial has offered me the unique opportunity to know and be with sisters in the next phase of their lives. Through them, I have learned the beauty in living, and in dying. 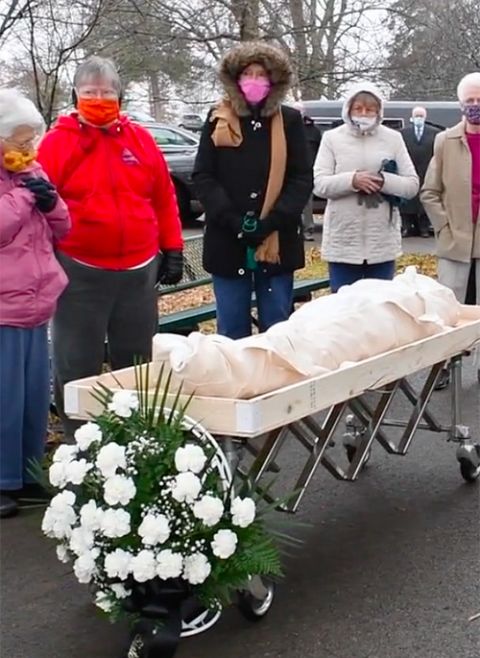 I have come to appreciate the weaving of a universe that creates us from ashes — even stardust! — and returns us to this state. What a transformative way for us to live our relationship with nature and the Divine. I've found that some of the most beautiful burials for me have been green burials, in which sisters elect to not be embalmed or rested in a casket, but instead wrapped in a shroud and buried, allowing the shrouds and their bodies to more naturally break down. Through dying, we can all breathe new life into the ecosystem that sustains us.

As I have come to appreciate the magnitude of the physical reunification of body and land, I have leaned into the connection to soul and divinity. While many regard death as the ultimate separation of body and soul, I've come to see it as a reunion to a different kind of soul – the soul of community, of Divine love, of creation. 'Soul' and 'soil' are only separated by one letter, after all, and I really believe that our body reconnecting with the land is a sort of grounding into the Divine; into the lifeblood of the universe. The sisters have helped me to see death as a transition, which can be scary, but is a journey of its own.

I won't pretend to know what comes after death, or even pretend to know what I think comes after death. I'm still developing my working theories on that. For now, I am content with the understanding that death isn't always something to be afraid of. I've found peace alongside a community of women devoted to each other and their faith. For this, I will always be grateful. 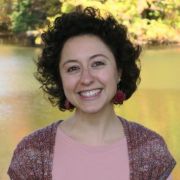 Julia Gerwe serves as ecological sustainability educational program manager with the Sisters of Charity of Nazareth.

Spirituality | Unexpected lessons of service: from life unto death

Consoling the heart of Jesus

The Trinity, mystery of our faith, in music and art