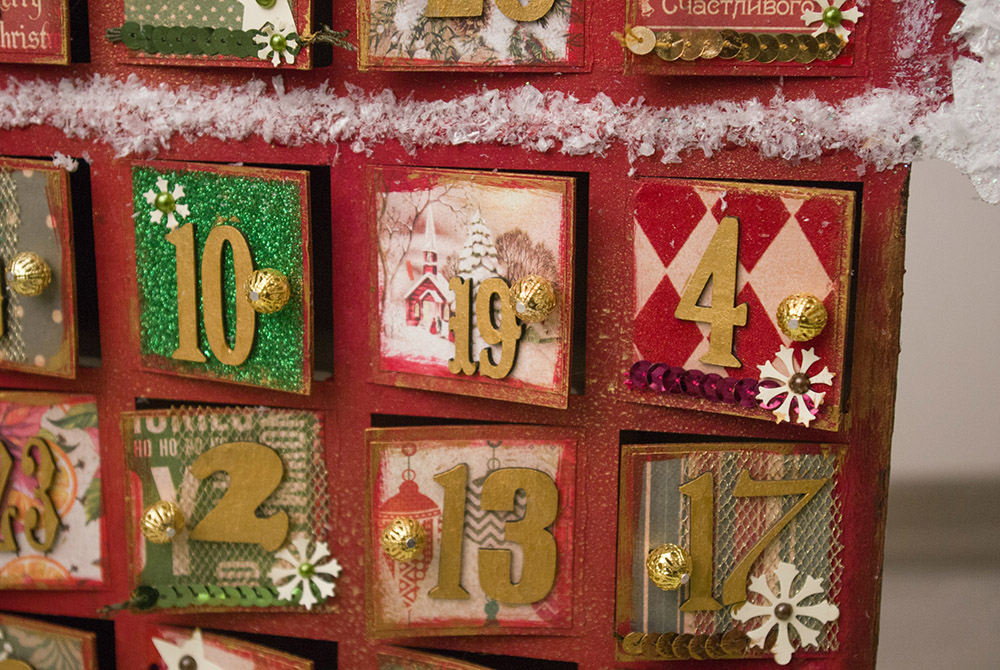 Advent continues to be one of my favorite liturgical seasons. When I was growing up, I loved receiving an Advent calendar. Every day you opened a window or door and found a Scripture quote or a prayer for you to say or reflect upon. Wondering if they still existed, I Googled it and discovered they were still being made. However, the first ones shown contained pieces of chocolate behind the days! As delicious as that sounds it just didn't seem the way to enter Advent.

Advent is about anticipation and preparation. The word comes from the Latin adventus, "coming," which within the Christian tradition refers to the coming of Jesus celebrated at Christmas as well as anticipating the second coming at the end of time.

A secondary meaning, however, caught my attention. It is "coming into being." That phrase connotes movement, emergence, unfolding. It is not static nor a past event. It is ongoing, happening now and into the future.

Advent then prepares us not only for celebrating the birth of Jesus but also for what that set in motion in all of us as we continue the mystery of the incarnation "coming into being" until the end of time.

Today theologians reflecting on the Incarnation through the lens of evolution offer an insight into what this might mean. God's presence among us began with the first flaring forth some 13.8 billion years ago. Everything from this beginning to the end of time is a revelation of the mystery of God.

I think Franciscan Fr. Richard Rohr captures this well when he writes: "Creation itself is the timeless Incarnation which we call Christ, and Jesus is the personal Incarnation born in a moment of time when we could begin to understand and love a person."

That personal incarnation in Jesus invites all of us in be in relationship with the Divine Mystery and to be transformed in love. In the mystical body of Christ, we have been evolving, learning throughout time how to be more like Jesus. We are "coming into being" as sons and daughters of God.

Advent is the time to take time to prepare to celebrate an event and recommit to a process.

Perhaps taking time is the most important part of Advent. I'm thinking that the Advent calendar is a way to do that — to slow down and focus one's reflection every day.

Each day is an invitation to stop and to enter one's heart space even in the midst of all that is happening in our world and in our lives.

I started wondering how I would create an Advent calendar today? 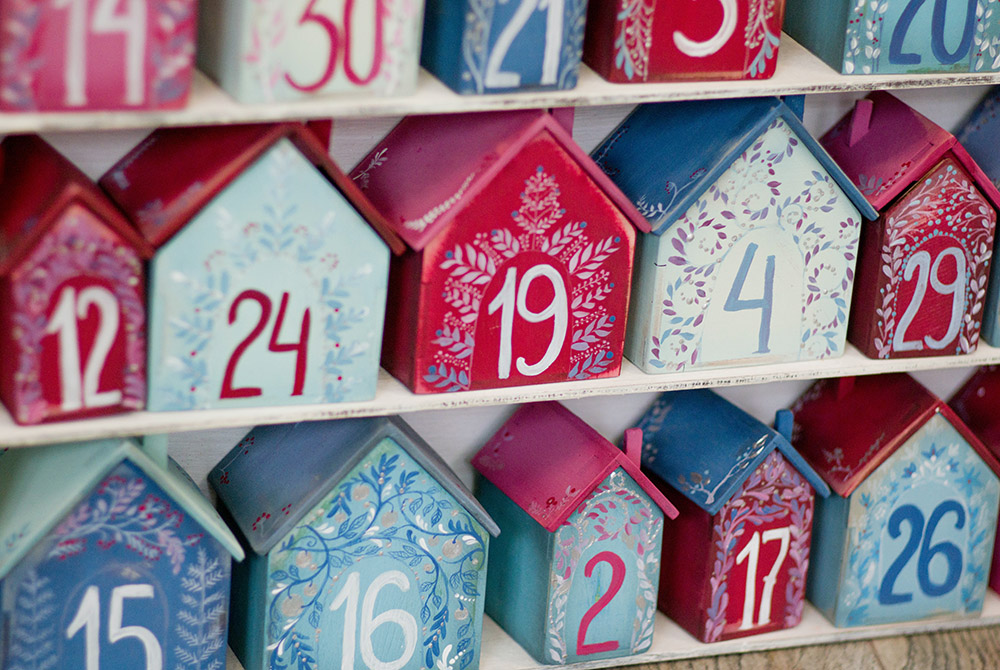 The first part of the month, we'd prepare for the event.

The first week, I would use the first chapters of the Gospels of Mathew and Luke which include the nativity narratives. I'd invite a slow reading of those chapters being aware of what strikes you, what stays with you. It might be the genealogy, the use of dreams, the escape from Herod, the relationship between Mary and Elizabeth, the birthplace, the birth, or the variety of people who visited the newborn child. How does that influence your understanding of the Incarnation?

The second week, we might get in touch with that historical moment — the event.

The shepherds, the wise ones, didn't have a crystal ball but they "knew" something was happening of a different magnitude. It was a recognition event in which knowing comes through one's whole being.

I would invite you through pictures and questions to imagine who you might have been in first century Palestine given your current economic status, marital status, gender, race, religion and health conditions: Would you be a Roman, a Samaritan, a Pharisee or a scribe? Would you be Jewish or a Gentile? A woman or a man? Would you make your living fishing, sewing or trading in the temple? Would you be an outcast, a leper, a prostitute?

At the end of the week, I'd ask if you lived at that time do you think you would "recognize" this very human birth as the Incarnation of God's love? What would you resist? What would help you to "see"?

The transition to the third week would be the invitation to take some time to sit in contemplative silence. Open yourself to God working within you and simply see what arises in you as you prepare for the Christmas event.

The second part of the month we'd prepare for the process of Incarnation, of "coming into being."

This is a bit more difficult. For it is a lifelong journey. I believe the Incarnation invites us to see the potential that is ours to put on the mind of Christ. Through contemplative prayer we awaken to our true self, our authentic self. Over time we become liberating, healing, inclusive love to all whom we encounter.

The third week would have pictures of significant events in our world. This is because putting on the mind of Christ invites us to take a long, loving look at our reality.

These might include pictures of: COVID-19, the climate crisis, refugees, war-torn areas, trafficking and prostitution, people living in poverty, political divisions and their hate-filled rhetoric and ads, effects of systemic racism and white supremacy, discrimination of the LGBTQIA community, and oppression of women and girls.

The invitation is to let these pictures enter your heart and speak to you. To awaken the energy needed to respond in love to all that is happening in our world and in our lives.

The fourth week invites us to understand that the ongoing unfolding of the Incarnation as "coming into being" is about being transformed in love, and embodying it. We'd imagine putting on the mind of Christ and moving together as a people and as an Earth community toward greater wholeness.

Reflect on how you live out or desire to live out the values that Jesus taught. Let each day depict your expression of some of the qualities of mercy, compassion, equality, forgiveness, peace, justice, respect, dignity, sacredness of person and creation, the common good and of course, love.

As we near the end of Advent, your contemplative practice continues, as you surrender to the action of God, divine mystery, incarnate throughout time and space and within you, for your own transformation and for that of the world.

When Christmas arrives, your gift is ready. As you became more aware of who you are as Incarnation "coming into being" you will radiate that outward. You will act and be in new ways and it will nourish those around you and beyond.

One of the profound gifts of Incarnation is that we are all children of God and invited to share in the divine consciousness. Our planet needs us to accept that gift and live it.

This Advent let us deepen our realization of this gift. Let it come into being within us and shine forth. Let us become a light for our world!

P.S. And now enjoy that chocolate!