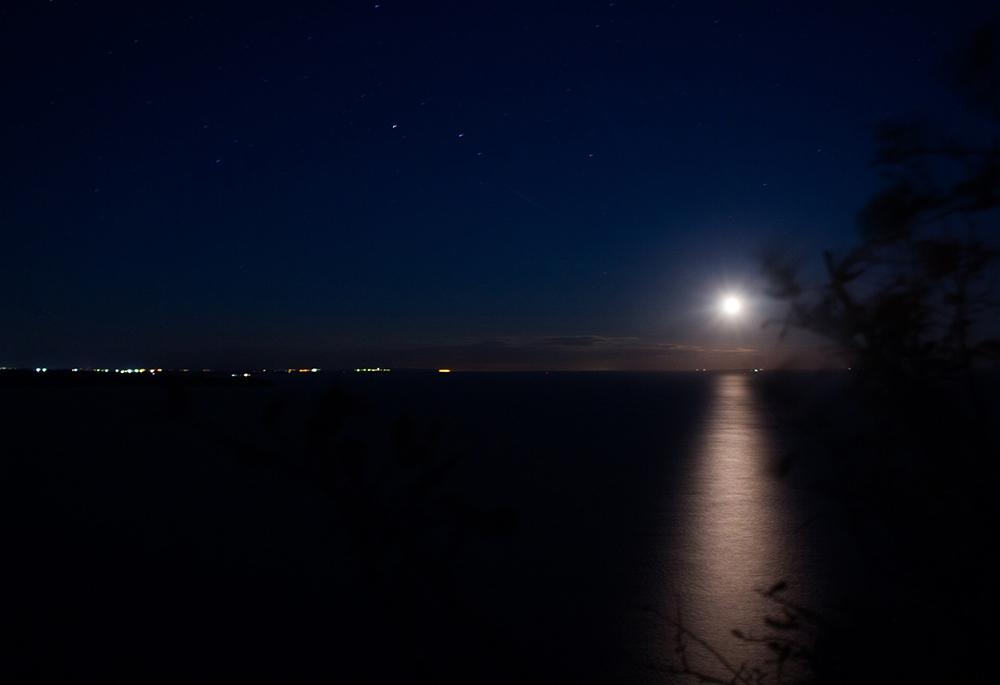 I professed perpetual vows as a Dominican Sister of Sinsinawa just over a month ago. The liturgical, national and global events since then (feast of Corpus Christi, Pride month, and the Supreme Court's Dobbs ruling, to name a few) have offered no shortage of opportunity to reflect on what I'm signing up for as a Catholic sister in a contemporary milieu. Even as I savor the joy of my forever yes, I am dismayed at the vitriol I have seen in Catholic circles, especially in response to the neuralgic events of the past several weeks.

This brings up some questions that have become familiar in my own spiritual life: in a church that is called to communion, how can we embrace unity without expecting uniformity? Are there legitimate limits to our communion? What does it mean to be the Body of Christ in a global reality? How can we as the church listen better, disagree better, and quite honestly, give a more credible witness in a hurting world?

As I ponder these questions, two moments rise to the top of my memory: two personal and deeply felt experiences of communion. These stories don't provide any answers, but perhaps they illuminate some simple and helpful truths.

Moment one: moon on a Nicaraguan lake

After college I served as a Jesuit Volunteer in Belize. One year during Holy Week I went to visit another Jesuit Volunteer community in Nicaragua, where we spent a few days at a Jesuit retreat house on a lake just outside Managua. Situated in the basin of an ancient volcano, the place had an ancient, distinctively sacred feel.

On Holy Thursday night, the other volunteers and I decided to go for a swim. The moon was full and just beginning to rise. The water was just warm enough to be inviting and smelled faintly of the sulfur left over from the lava that flowed here centuries ago. As I floated in on the water's calm surface, I noticed the moon's uncanny resemblance to a giant Communion host hovering in the sky: full and flat and round. How appropriate, I thought, for this Holy Thursday eve!

Then I became aware of the moonlight's reflection on the water, a wide beam at its furthest point, which narrowed until it pointed directly to me. It looked as though the moon were pouring all its light into that one beam and pointing it my way. I glanced over at my friends floating yards away at different places on the lake and realized that they were seeing the same thing. Each of us were receiving the moonlight concentrated into a single beam shining directly toward us, yet it was all the same light. Isn't that kind of like Communion? Christ's love is poured out in its fullness for each person, and indeed for all creation. My receiving his total self-gift in no way diminishes the same gift offered to others. Do we really trust in the lavish generosity of this love? How might deepening this belief change the way we speak and act?

Several years ago, I encountered Sister Theresa as we both waited for a ride at the front door of the motherhouse. Theresa began telling me that she had just gone to her friend, Sister Lucille, who was very sick and nearing death. The two met when Theresa transferred to the Dominican Sisters of Sinsinawa from a religious community based in another country. When she arrived in the Midwest, Lucille was the person appointed to pick her up from the airport. Theresa was nervous about navigating life not only in a new community, but also a new country, and Lucille's welcome gave her great comfort. Something about that airport welcome bonded them and laid the groundwork for what would become a lifelong friendship.

It was clear almost immediately that Lucille and Theresa were not on the same page about many things. Theresa liked to push boundaries; Lucille liked order. Theresa was not fond of hierarchy; Lucille's circle of friends included several bishops. Theresa liked Teilhard; Lucille preferred Aquinas. Still, despite their differences (and sometimes even because of them) they were dear and lifelong friends.

As we waited by the front door of the motherhouse, Theresa told me about the conversation she'd just had with her friend. As Lucille lay on her deathbed, Theresa asked her what was on her mind. Lucille responded, "I'm thinking about how I was the first one to welcome you when you came to this country, and how good it felt to be there for you. Now, when you reach eternity, I'll be the first one to welcome you home. And when you get there, you'll look at me and you'll say, 'Lucille, you were right.' And I'll look at you and say, 'You were, too.' "

I understand that the differences among us are real and complex. I don't wish to eliminate them, gloss over them, or pretend they don't have any practical or moral import. I only yearn for us to navigate them in a way that gives a better witness to the Gospel. Simply put, if the church is to have any credibility in today's world, vitriol and infighting simply cannot be part of the equation.

Catholics, are we courageous enough to step back from the culture wars and ask whether the love of Christ is really the basis for our convictions and the ways we express them? Can we let that love ground both our disagreements and our communion? Maybe then we'll have a shot at being a sign of hope in a world so desperate for healing.