The Eucharist, gratitude and a spirituality of surprise 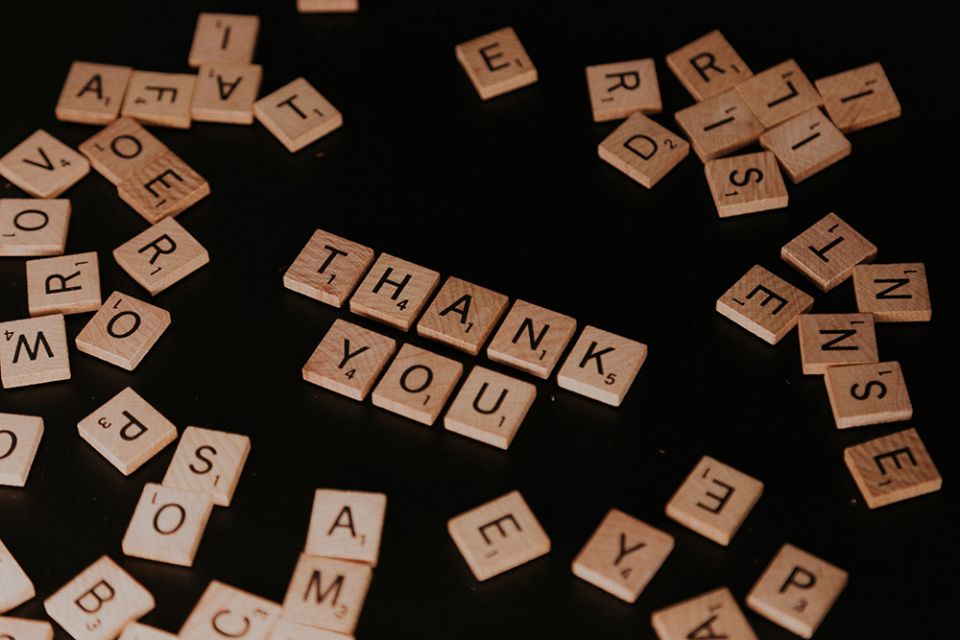 With the element of surprise, God's precious gift of himself can be given in ways that extend beyond the Communion line. First, I am sure that you are aware that the word Eucharist means thanksgiving. Second, I want to use the word "extend" in a way similar to that used by Sr. Kathleen McDonagh, one of my community sisters, in her thesis for her master's in theology.

Most of us have tight schedules; however, many elements or actions of surprise need just a few moments to make an impact. To make the surprise of gratitude a part of one's eucharistic spirituality, one needs only to become aware of opportunities that appear regularly in one's life. I would like to share some of my own elements of "surprise as Eucharist."

You can begin with this type of ministry — as I did — by calling a clerk, an attendant or a bank teller by name. That's why they wear a name tag, so they can be of service. There are various ways to say thank you: "Your boss (company) is very lucky to have you as an employee." Or: "You went above and beyond the call of duty."

While it may sound trite, it still gets your message of gratitude across. Go one step more and mention your gratitude to the manager. Surprisingly, even the "higher ups" appreciate gratitude. I brought donuts for my doctor recently and he wasn't shy with his response.

Most of my writing submissions are now done via email. When I receive a rejection, I follow up with the simple, "Thank you for letting me know in a timely manner." I appreciate a timely rejection so I can send my work elsewhere. While many of you may not be writers, often rejection has hidden blessings to be thankful for.

Follow up on a kind deed. About a year and a half ago, I was sick with a sinus infection. I had left my bag of trash outside my room with the intention of taking it out to the trash bin later that afternoon. Shortly after lunch, I was on my way to my room when I met our cleaning lady who had put the bag on her cleaning cart. I tried to dissuade her from her offer of disposing of it, but I finally gave in.

The following week, I took her aside and thanked her again for her kindness. This element of surprise had another layer — that of remembrance. The Eucharist is our celebration of our collective and individual memory of Jesus's act of total self-giving.

Today, a friend and I were eating at a local fast-food restaurant. During the meal, I noticed a lady with three preteen girls. I went over and told her that I had noticed how well-behaved they were. Then I asked her, "Are you their mother?"

She said, "No, their grandmother." Beaming, she said with some pride, "They go to OLPH [a Catholic school]."

I finished our short conversation with, "Thank you for being a grandmother, one of the most important jobs in the world."

One of my favorite encounters is when I get to thank a dad for being a dad. I also include moms when I thank them for having the most important job in the world — that of being a parent.

Perhaps the best way I can express my method of sharing the Eucharist, surprisingly is a quote from one of my favorite movies, "Finding Forrester" starring Sean Connery. In one scene, his character, William Forrester, responds to 16-year-old Jamal Wallace on how to win a certain young lady's heart. He said, "The key to a woman's heart is an unexpected gift at an unexpected time."

While some women may disagree with me about the quote, I have found it to be almost foolproof advice when a eucharistic opportunity presents itself. My element of surprise grew out of one of the various things I have learned as a religious sister: this is an age of great burdens. That is, even with all of our progress as a society, countless people feel like tiny gears in a large watch. These people need to know, even just for a few moments, that someone is grateful.

I am sure many of you already share your surprise of gratitude and do it often. Thus, I hope this article surprises you. I hope it validates your actions of feeding others with the Eucharist. All we need is to continue to be open to how God leads us, myself included.

May you have many beautiful encounters living out your spirituality of eucharistic surprise. Now, to each of you, I say thank you. 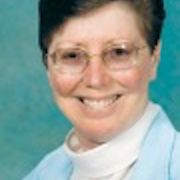 Lou Ella Hickman is a member of the Sisters of the Incarnate Word and Blessed Sacrament and is a former teacher and librarian. Her poems have appeared in numerous magazines such as America, First Things, Emmanuel, Third Wednesday, and new verse news, as well as in four anthologies. Her first book of poetry, titled she: robed and wordless, was published in 2015.

Spirituality | The Eucharist, gratitude and a spirituality of surprise

It's all downhill from here: Service-year life and committing to being myself

Baptism is our call to care for water

The Friday morning poker club and its ordinary saints