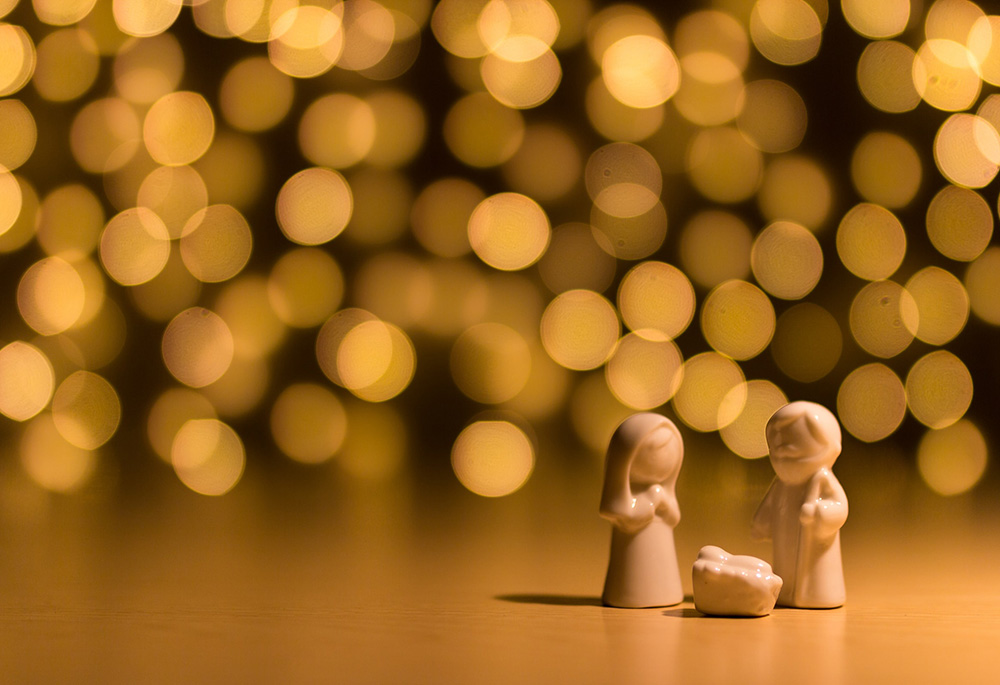 Everyone I know loves a good story. Is there anyone who doesn't? This is such a great story that it has lasted for more than 2,000 years. Born in a stable. A star so close to earth that it lit the whole area. Shepherds. Sheep. A donkey's breath to keep the baby warm. Angels singing "Glory" in the sky. Kings with gifts. Camels, even. And by the way, what would Joseph have done with gold, frankincense and myrrh?

And yet there is still another side of the story. The human side.

The trip to Bethlehem was far. Mary and Joseph undoubtedly traveled with others. Families like theirs. Farmers, carpenters and day laborers. Common folk.

Being a smart guy, wouldn't Joseph have made plans for a place to stay? Or was there an understanding that Jews need not apply for any rooms at the inn?

Did the women on the trip pay special attention to the pregnant Mary? Did they give her tips on how to get ready? Did the moms pamper her? Did the men let Joseph know that he was up to the task of being a good father, and that he shouldn't be too nervous? When Mary was no longer able to ride the donkey, did the women aid her as they walked the last distance into town to register for the census? Once the baby arrived, did they bring breakfast for the family? And perhaps fresh swaddle blankets? It makes sense because what they always did was take care of each other — a lesson Jesus learned during his boyhood from the people he called his own.

Yes, these were his people and it never changed. This was the life of the boy Jesus. Not a king or prince among them. Once Jesus was grown, it remained the same for him. Well, except for one tax collector.

With his presence and with his teachings, Jesus turned the world upside down. He taught that those who suffered persecution for justice secured a place in heaven. He condemned the sin but loved the sinner. A humble man, he rode a donkey at the head of the procession with palms waving in his honor. Jesus was a peaceful soul but was angered by the moneychangers in the temple. He scorned power and cherished the ordinary.

Jesus threw down the gauntlet. He issued the invitation: "Come follow me." His teachings, his invitation and his life are still with us today.

Common as we may be, the rest is up to us.

Even today, how beautiful it is to be "common." How grace-filled and noble it can be. Common ripples through our lives and makes the world go around. Common builds bridges and farms the land. Common is our next-door neighbor who helps in a pinch. A kind cashier when grief overwhelms us. The police officer who patrols our neighborhood. The teacher who believes in us. Common is a mother who weeps when her child is treated unfairly. A dad who plasters and paints his kid's first home. Common is life for most of us. Common is what teaches us what it means to be human. And, perhaps, a little bit divine.

Feed the hungry. Free the captive. Love one another. Turn the other cheek. Take care of the children. Shout the good news. This is what Jesus' message was all about.

Jesus' friends wanted to make sure no one forgot him. So they gathered around and told stories at their supper tables as they broke bread and sipped wine. Then someone must have suggested that these stories should be written down. So they did. They wrote them down. Great stories have a life of their own. These stories have lasted for more than 2,000 years. So that we wouldn't forget either.

And so the teachings of Jesus have been saved for us. They command us. The command is clear. Love. Service. Generosity. Mercy. Justice. Compassion. The challenge is to decide what to do with them. How to own them. How to live them.

Jesus is alive and well. He still stands shoulder to shoulder with us. We remain his people. It is really quite simple. Heroics are not necessary. In the words of the great theologian, Bob Dylan:

May you always do for others/And let others do for you/May you build a ladder to the stars/And climb on every rung.

Every day of the year.