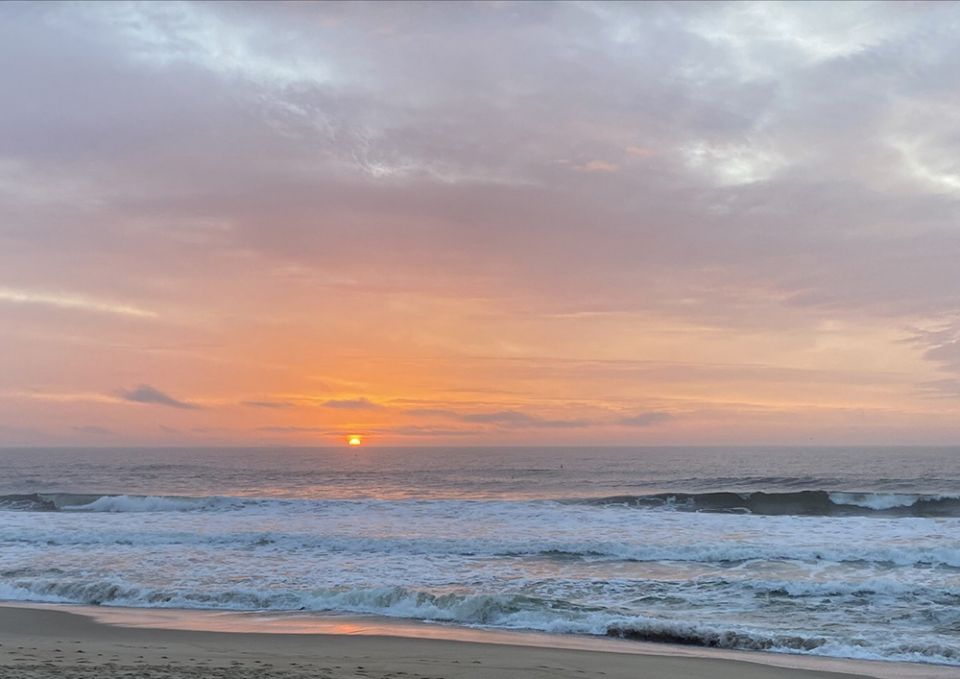 I met a young boy on the boardwalk early this summer. He wore an O'Neill wetsuit with rubber booties, head and face mask. He had a Waverats surfboard, and a bulging Dakine knapsack from which he dug an iPhone 12 Pro Max, and spoke to someone invisible.

I wondered if he felt the nip of the ocean while he was in it, and the hot sand as he strode like Poseidon out of the sea and up to the boardwalk. Did he hear the redwing blackbird singing to his lady at the top of the beach plum? Or was he contained there in his cage of lavish toys?

"Poor little rich boy" — the story concocted itself in my mind — "attending to his possessions."

When I spoke to him — with a wink — explaining that I was headed home to get my fins and catch some waves, he responded right away.

"Really?" He smiled, eyeing me and my walking stick, quizzically. Maybe he heard the redwing blackbird too. Maybe he wasn't a victim of his stuff, as I imagined. Maybe he had room for it all. What were the odds?

A sunrise swim in the ocean meant, for us kids growing up on Long Beach Island, pulling on a wet bathing suit that hadn't had time to dry out from the day before — with rolls of sand in its seams. Then rushing over the dunes to get to the beach before the sun broke the surface of the ocean with the top of its ruby head.

We didn't know it was awe that got us out of bed and down to the edge of the sea. Actually, it was a dog, an English springer spaniel who loved the beach and the water as much as we did. His name was Gentleman George. He taught me all I ever needed to know about God.

Our parents adopted him one evening from the animal rescue shelter when they dropped off a wounded feral cat. Huge brown eyes behind the bars of his cage followed them right out the door and pulled them right back in before they got to their car.

They knew I wanted a dog, but to 7-year-old me, dog meant puppy and George was big and old. A moment of shock preceded my first love affair.

George was a teacher. All I had to do was look in his eyes to know that my small lavish world opened up onto a boundless, immeasurable realm I just didn't know how to get to. But his eyes — velvet brown shot thru with gold — were clue enough to set me seeking. The way he looked right back into me as I pulled sand burrs off his floppy, silly ears, and the way he didn't quite walk like a dog as he led the way to the beach in the morning. The way he never left me — never let me out of his sight — showed me how to fathom eternity with curiosity and courage.

Plus, he was such an evangelist. He would drop an empty beer can at the feet of a surf fisherman, instigating an endless game of toss and fetch. An unsuspecting guy would chuck it into the surf and George would dive into the waves, swim underwater, retrieve the can and drop it at the fisherman's feet again and again, each time shaking his salty, sopping fur, flinging haloes, and rainbows — dousing his playmate. Then he'd roll in the sand with all his legs in the air, squirming, wiggling, exuding joy in every possible dimension a vertebrate mammal is able.

Why is it that we rattle off prayers that sound like someone praying, instead of tossing all our limbs and our whole hearts in the air?

No matter the temperature, we kids stayed in the water till our blue-white fingers were pruny or numb — depending on the season. We wore no second skin — just our own. And we were on our own, alone with Gentleman George. No lifeguards then. Helicopter moms hadn't been invented.

Maybe books about God are so thick because no one can say enough about plain ubiquitous immensity. A morning glory opens in a vacant lot. A fish bumps the surface of a lake. (Amen.) Falling on our knees we say all there is to say about how we are to be here. Our mere astonishment has ripples. 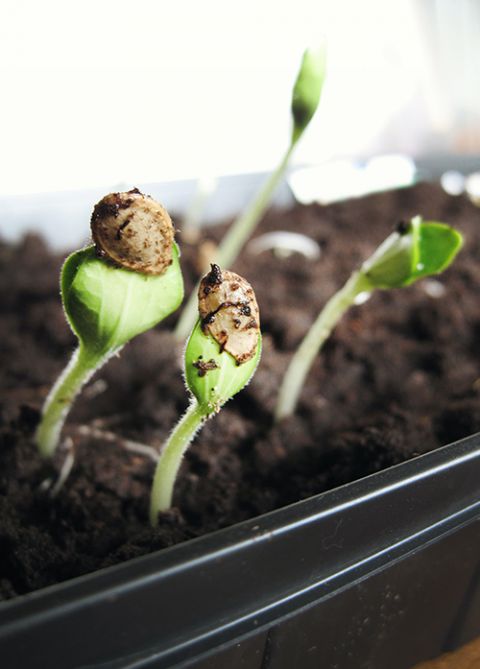 Three months ago, I did fall on my knees — in the convent garden. I guess you might call it an act of adoration. A thirsty pot-bound periwinkle-blue gentian caught my eye. I know better than to lean over with a full watering can. Snap — entirely predictable.

It didn't take long for my lovingly well-kept garden to become a jungle, so when a young Eagle Scout came to the convent looking for a project I suspected divine intervention — someone must've been paying attention.

But weeding or rooting out the invasive English ivy I could no longer manage was not a project worthy of a troop of Eagle Scouts. What, I wondered, did this convent (average age 75.4) have to offer a zealous band of young men? Hmmm ...

The Sisters of Mercy are engaged in a six-month theological reflection on extractivism. We're reading testimonies from all sorts of people all over the planet whose lands and water have been trashed by other people — invaders who promise riches like schools, hospitals, cash — promises the intruders do not keep. Videos show open wounds where grand mountains once stood; miles of chemically fouled and wizened rivers no longer reach their seas; once-drinkable streams choked with the carcasses of poisoned fish and birds.

At the end of one exhausting session someone asked, "What's the opposite of extractivism?" Hmmm ...

"How about making a vegetable garden," I asked the Scout. "Our back yard has room for some raised beds. Organic ... hmmm ... biodynamic ..."

"With native pollinator-attracting plants all around the periphery and a few well-placed insect motels," he added. This Scout had a gift for the lingo.

"With space left over for a hot tub, and a bouncy house — if we think this through," I winked.

Over the winter, the Scouts will research native plants and their fungal allies; beneficial insects; and how the Lenni-Lenape peoples lived here before us.

Come spring, the Scouts will prepare the soil for planting:

Corn, two kinds of beans, three kinds of squash, and snap peas. Sweet potatoes, collard greens and ruby beets, curly kale. No matter that three of the five of us sisters don't even eat vegetables — unless they're pickled or creamed. We're happy to share the land we've been given to care for.

And we sisters are thinking about our own vowed lives — about the vows as seeds we planted decades ago to make of our lives something beautiful.

Chastity? Obedience? Service? How to explain such a strange and bountiful harvest? And poverty? What could it possibly mean to vow poverty in a world where just to breathe is rich? 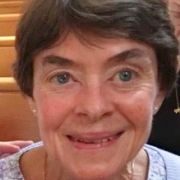 Spirituality | To make of our lives something beautiful

3 lessons I learned from a squirrel

Web of Life retreat listens to the voice of the jaguar