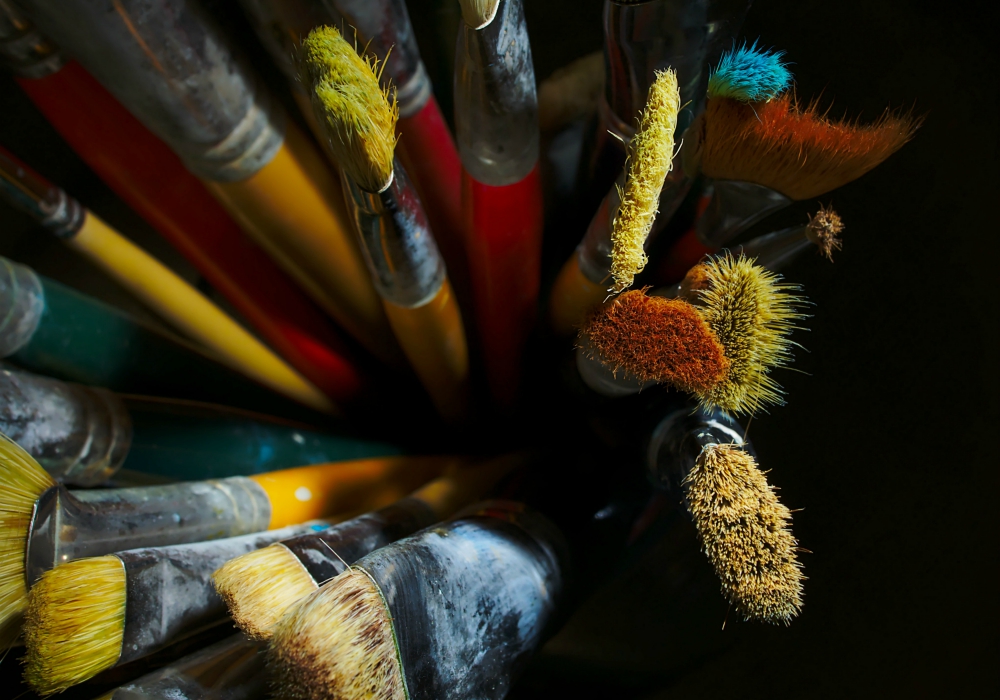 It was on a long retreat at St. Beuno's Jesuit Spirituality Centre in North Wales that I became interested in praying with art, a practice that is related to St Ignatius' method of prayer known as "imaginative contemplation." Ignatius encouraged his followers to use their imagination to make the Gospel come alive in their own personal situation. No doubt, any artist who painted an image of a scene from Scripture would have spent time in contemplation before picking up a paintbrush.

It was also at St. Beuno's that I discovered both the painting "Kitchen Maid With the Supper at Emmaus" by Diego Velázquez and a related poem written centuries later by English/American poet Denise Levertov.

In the Gospel story (Luke 24:13-35), two men, one of them identified as a man named Cleopas, were walking to Emmaus on the afternoon of Easter Day when Jesus joined them. They did not recognize him, even when he retold to them the prophecies of his death and resurrection in an attempt to draw them out of their doubt. They invited the stranger to share a meal and — according to the painting by Velázquez — were served by a young, dark girl, possibly a Muslim.

The atmosphere of the painting is somewhat dark — wouldn't many of us still be in a mood of "we had hoped"? The darkness is relieved by the white of the girl's cap and sleeve, the jug that she is holding, the napkin, crockery and other items. The haphazard arrangement of the items suggests disorder and chaos.

Jesus and his companions (seen over her right shoulder) are seated in the next room and one of them is almost totally obscured. The focus is on the slave girl, the kitchen maid working in the servery, but clearly distracted by a sudden awareness of something different about the guests, and one guest in particular.

Velázquez shows us her intense concentration, and in her poem Denise Levertov draws us into her deep thoughts.

I put myself into the girl's place and ask: Where did I see this man? Was it just two days ago, when I was caught up with the crowd heading for Calvary? How could any human being endure such brutality and still be able to notice me and look at me with such love as no one had ever looked? Why did he pick me? That man was crucified, died and was buried! How is it that he is here in this inn? In the next room? Perhaps it is the same man, but his two companions don't seem to know him. Did they not see the holes in his hands that I noticed when I took in the platter of bread? I really think it is the same one who was scourged and mocked when he said he was the Son of God and would rise again.

Those who had brought this stranger home to their table
don't recognize yet with whom they sit.
But she in the kitchen,
absently touching the wine jug she's to take in
a young Black servant intently listening,
swings round and sees
the light around him
and is sure.

What is she sure of?

A traditional Emmaus image painted by Caravaggio (1601) centers on Jesus and his friends at the moment they recognize the risen Lord. There are signs of astonishment and amazement.

I have read somewhere that some think the man on the right might be St Peter. What is he thinking or saying as he flings his arms out? Also notice he is wearing a pilgrim shell.

The man in the green shirt, possibly Cleopas, is nearly jumping out of his seat. The man on Jesus' right is thought to be the owner of the inn — who is looking intrigued at what is surely his first encounter with Jesus. Finally, did you notice that the dish of fruit on the table is about to fall off? And there is a shadow of a fish tail on the tablecloth!

I look at Jesus with his hand raised in blessing. Has the artist painted the marks of the nails? It is difficult to decide. I reflect on the question, "If I were painting an image of myself would I include my scars?" They are evident to many but perhaps not to me.

Yet to acknowledge the scars is to accept my humanity and my connection to every human person — even to Mary. Did not Simeon say to Mary in the Temple, "Sorrow like a sharp sword will break your own heart?" (Luke 2:35).

I concluded my prayer with what I believe to be the most exciting Easter chorus, the Hallelujah Chorus from Handel's Messiah: "Hallelujah! For the Lord God omnipotent reigneth; the kingdom of this world is become the kingdom of our Lord and of his Christ; and he shall reign forever and ever: King of kings and Lord of lords — hallelujah!"

[Angela Burke is a Religious Sister of Charity of Australia with an academic background in speech/drama and archives administration. Current volunteer ministries include Vision Australia in service to the blind, Jesuit Refugee Services, the congregation's own Heritage Center, and singing at Sunday liturgies in Sydney.]