Think about who packed your parachutes. They're watching out for you. 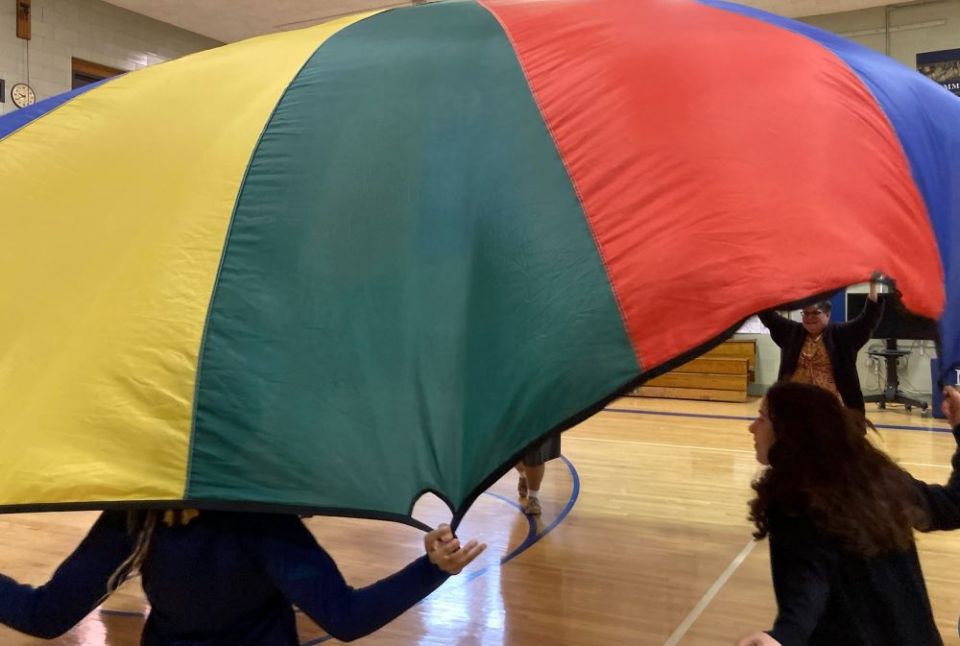 This week two years ago: The ominous headline that I had ignored started to play out. I had been hearing news broadcasts say COVID-19 will change life in the U.S. as we know it. School was canceled due to what we now know would be a two-year pandemic that did change our everyday lives in several ways. At that time, I had a lot of different irons in the fire — so to speak — and was overextended and tired.

Everything stopped and I liked the slower pace. At first, I did not really understand the seriousness or impact of COVID-19; finally, the reality of people dying and the scariness of the possibility of getting the disease seeped in, and I wasn't enjoying the slow pace any longer. The uncertainty of day-to-day life was difficult to handle. I never imagined I would still be thinking about, talking about and wondering about the impact of COVID-19 two years later! As I reflect on where I am in my life after these crazy two years, a story I read recently comes to mind.

The story was about a man whose plane was shot down over enemy territory in Vietnam. Years later the man and his wife were in a restaurant when a man came up and said "You're Plumb! You flew jet fighters in Vietnam from the aircraft carrier Kitty Hawk. You were shot down!" "How in the world did you know that?" asked Plumb. "I packed your parachute," the man replied.

Plumb says he thought a lot about that guy who took so much care to make sure his parachute was put together properly so it would work when he needed it. He landed safely and then was captured. Plumb is a motivational speaker who talks about his experiences as a prisoner of war for six years. Now in his talks he tells the story of meeting the guy who put together the parachute that saved his life. Often in his talks he takes it a step further and talks about how he needed his physical parachute, his mental parachute, his emotional parachute and his spiritual parachute while in captivity.

It appears that the pandemic might be going into another phase. We still might have COVID-19 surges and times of uncertainty, but we have made it two years. It seems like a good time to ask ourselves: Who packed our parachutes during this time? It will look different for each of us.

When I reflect on this, I can think of several experiences. I remember those early days of the pandemic and — although it is an experience I hope I never have to repeat — and I have some positive and fun memories. There were people who helped me to handle the emotional roller coaster that had me feeling happy one moment and depressed the next. A sister I was living with at the time reminded me of the following story.

We were both in educational institutions and trying to navigate the online world of being with, but not actually being with students. I would say something loud enough for her to hear down the hall, about my students being in their beds and in their pajamas. She would then say something funny back about the students she was trying to connect with. We were navigating territory we had never been in before. We were able to laugh with each other and we still remember that time when we helped each other through the craziness by using laughter.

My physical parachute has been friends that I would meet to go for a walk or bike ride. It was safer to be outside and these times of physical activity and laughter come back to me as I think of the early days of the pandemic. 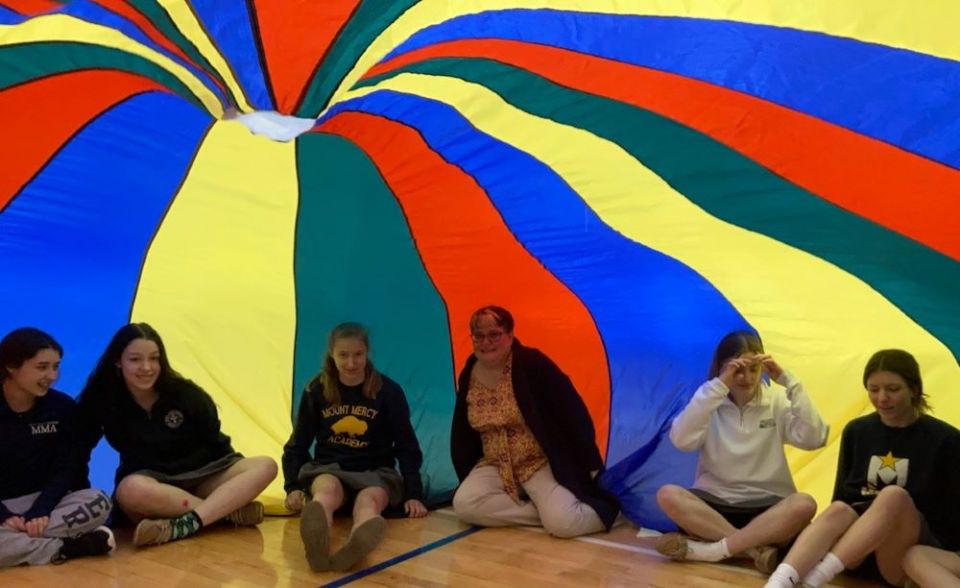 My students helped me with my mental parachute. I noticed how their resiliency and their willingness to keep trying — coming to school with masks on and continuing to learn and grow — inspired me. They empowered me to keep going even through the mental demands of trying to figure out the technology. They helped me to keep trying even though it was exhausting.

During these two years we also were reminded that as a country we still struggle with racial inequality. The injustices are great, and the problems seem impossible to fix. My friends who care deeply about racial injustice keep me grounded and able to fight for a future where everyone is respected regardless of race.

These past two years have provided challenges to my spirituality, but also have provided room for creativity because we have been able to access many Masses and conversations via the internet. The mom of one of my former students reached out to see how I was doing during lockdown. We started meeting outside on a weekly basis.

We both have a deep and strong relationship with God. Sharing our faith journey has been a point of deep connection. We can talk with each other about the places where God was present in our week, and we look forward to the time we spend together.

Thinking about who packed my parachute during this time and who will be there in the future helps me to see the places in my life where I am grateful for the relationships and people around me. 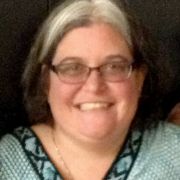 Jennifer Wilson is a member of the Sisters of Mercy of the Americas. She has worked with homeless women and children as a social worker and presently is a theology teacher and the diversity, inclusion and equity coordinator at a Catholic high school in Buffalo, New York.

Spirituality | Think about who packed your parachutes. They're watching out for you.