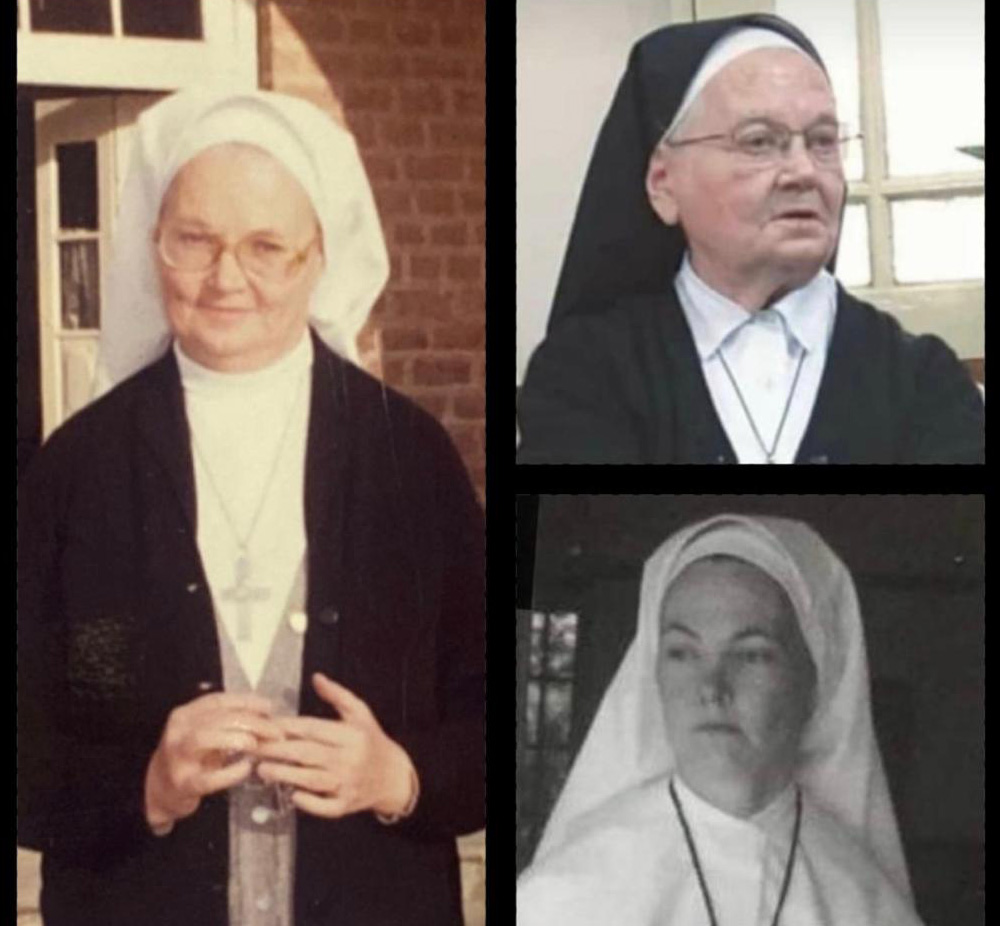 Photos of Sr. Berchmans Conway at the Convent of Jesus and Mary in Murree, Punjab province, Pakistan (Courtesy of Zarafshan Aman-e-Rum)

In 2012, Conway, a member of the Religious of Jesus and Mary, was awarded the Sitara-e-Quaid-e-Azam, one of the country's highest civil awards, for her services to education and promoting interfaith harmony.

"Sr. Berchmans has touched the lives of countless Pakistani schoolgirls as a mentor, counsellor, friend and teacher," the award citation stated. "Her constant adherence to the call of duty spanning over 59 years has made her a living example to emulate."

In July 2019, she became the first woman to be decorated with the Benedict Medal by St. Mary's University, London, at Westminster Cathedral.

According to Sister Stella, the congregation's superior in Karachi, she wanted to be buried in the Islamic republic.

"We remember her as a very loving and a humble person who took interest in every task and felt joy in leading and teaching the junior nuns about running convent as well as school," she told Global Sisters Report. "She could teach any subject till Cambridge O Level syllabus; nothing was difficult for her."

Several Muslims joined Catholics in remembering the late nun — nicknamed Mother Berchmans — including Zarafshan Aman-e-Rum, an alum of Convent of Jesus and Mary.

"Her boarding was a refuge and a safe harbor for the progressive Pashtun girls of the conservative Khyber Pakhtunkhwa province for 135 years," said Aman-e-Rum, who moved to Islamabad with her family after her native Swat valley was overrun by Taliban militants in 2007. 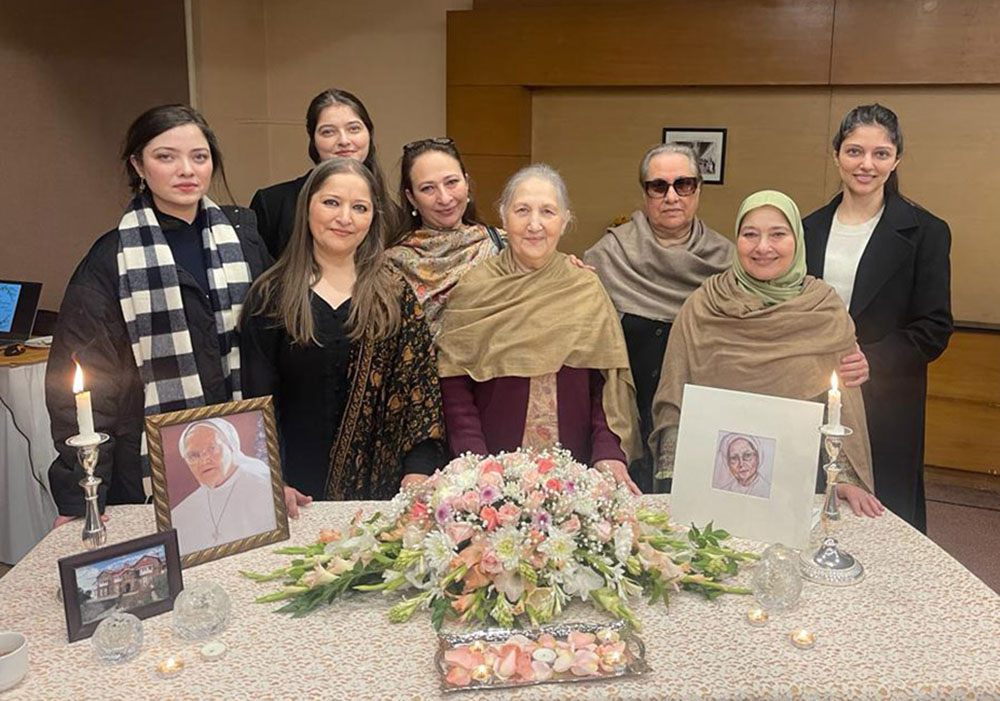 The boarding facility at the convent school in Murree was closed the same year the Taliban introduced their own version of strict Sharia law and firmly opposed women's education and girls attending school.

In 2008, the Taliban bombed Catholic Public High School in Sangota, the only missionary school in Swat district, for providing Western education to girls and for acting as a center of Christianity.

Karachi Archbishop Benny Travas will conduct a memorial service for the late nun in the southern port city later this month.

In 2020, the administrator of Karachi, Iftikhar Ali Shallwani, inaugurated Berchmans Road in the Clifton area of the city to recognize the services of the former principal of the convent schools in both Lahore and Karachi archdioceses.

Shahryar Khan Niazi, chairman of the commission on coastal development at the International Chamber of Commerce, also paid tribute to Conway a few hours after her death.

"Thank you for your contribution to education and interfaith harmony in Pakistan," he tweeted. "Hope the Vatican [and] Ireland also recognize her services to the global community."

Marian Sharaf, the Catholic content editor for Strategic Communication Unit at Punjab Information Technology Board, remembers her as a disciplined person. 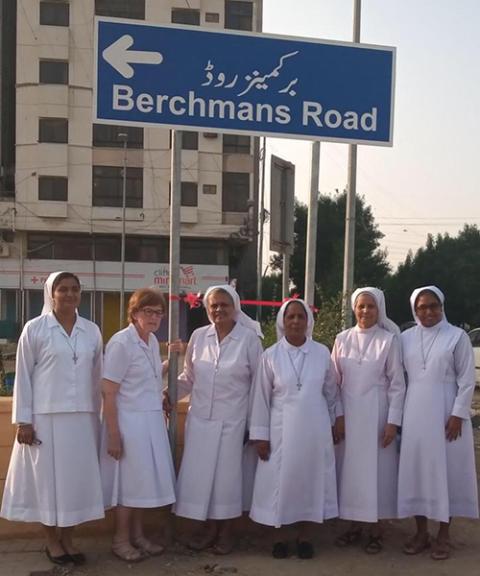 In 2020, the Karachi administration named a road in recognition of Religious of Jesus and Mary Sr. Berchmans Conway's services to education in Pakistan. (Courtesy of Shahryar Khan Niazi)

"The greatest wish of both church leaders and elite Muslims is to get their daughters in convent school," he said. "However, our assertive principal never took nonsense of students from influential families. She corrected but she never snubbed. No kind of power could impact her decisions or opinion."

Sharaf, whose father was an army major, recalled returning home from school on a military truck that often arrived an hour late. "Whenever she spotted us, she would give us juice or chocolates or anything to eat," she recalled, the bonus time together making them especially close to Conway.

"Girls from deserving families living in Christian slums were helped through and through, from providing books to uniform, and discount in school fees. Of course, those who could afford were asked to help the deserving."

The Consulate of the Republic of Ireland in Karachi also acknowledged Conway's life of service on its Facebook page last month, saying she "has touched the lives of countless Pakistani schoolgirls as a mentor, friend, and teacher."

"Under her able leadership, the institution has been providing quality education to Pakistani girls."