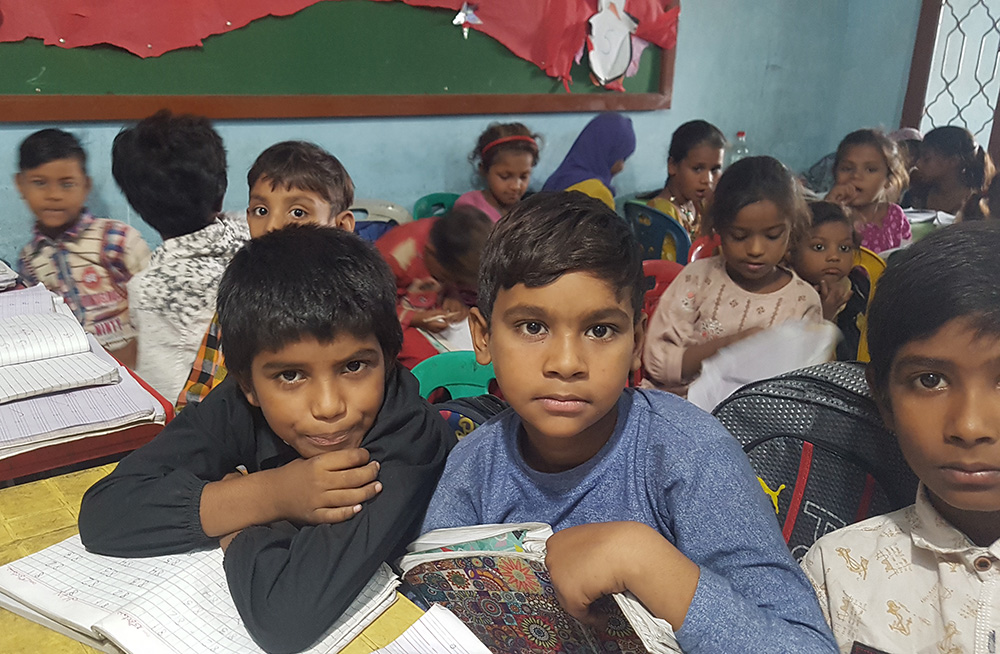 Every morning, 17-year-old Irfan Manzoor crosses an empty ground in the rustic neighborhood north of Punjab, Pakistan, walking from his tented home to attend a school for poor Gypsies in Lahore five hours a day.

"My father, a Muslim, wanted me to beg, but God rebukes those who extend a hand for money," the ninth-grade student told Global Sisters Report. "I want to study further and work in an office with dignity."

St. Joseph of Chambery Sr. Shakila Bhatti originally founded the Soar Primary School in 2010 among Gypsies who lived in tents, with the school beginning as a small tent made of bamboo and tarpaulin sheet in a ground often swamped with drain water.

With 82 students, Soar Primary School caters to those who mostly come from families of beggars, day laborers, garbage collectors, sanitary workers and singers-dancers (a profession that is considered immoral in the Islamic country). 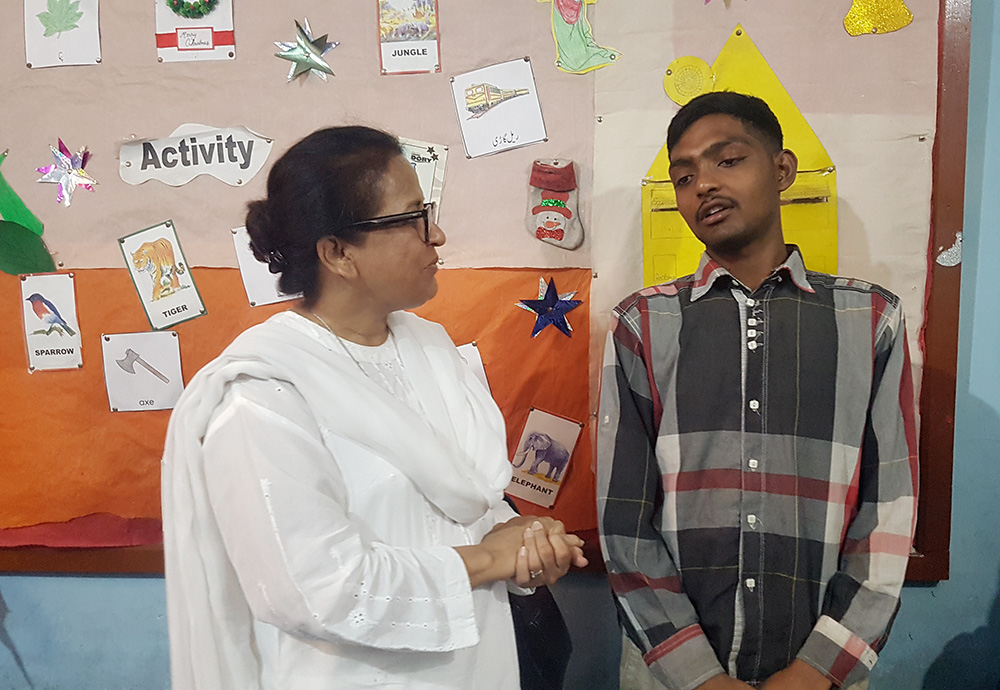 "Both education and skills are fundamental to the development of this poor and neglected community," said Bhatti, noting that their founder inspires the sisters to "reach the peripheries and help the people literally living on the margins of society."

Pakistan's itinerant communities — commonly known as Gypsies, Khana Badosh or Pakhi Was — live in temporary tents and camps on the outskirts of the big cities. Though bear, snake and monkey shows were their common trades in the past, such roadside events faded away, gradually losing public interest.

Excluded from society and often migrating in search of available work, Gypsies set up their tents wherever they can: near landfills, roadsides, polluted streams or nullahs (wastewater streams). District municipal corporations often dump solid waste next to their dwellings or demolish their tents in anti-encroachment operations. 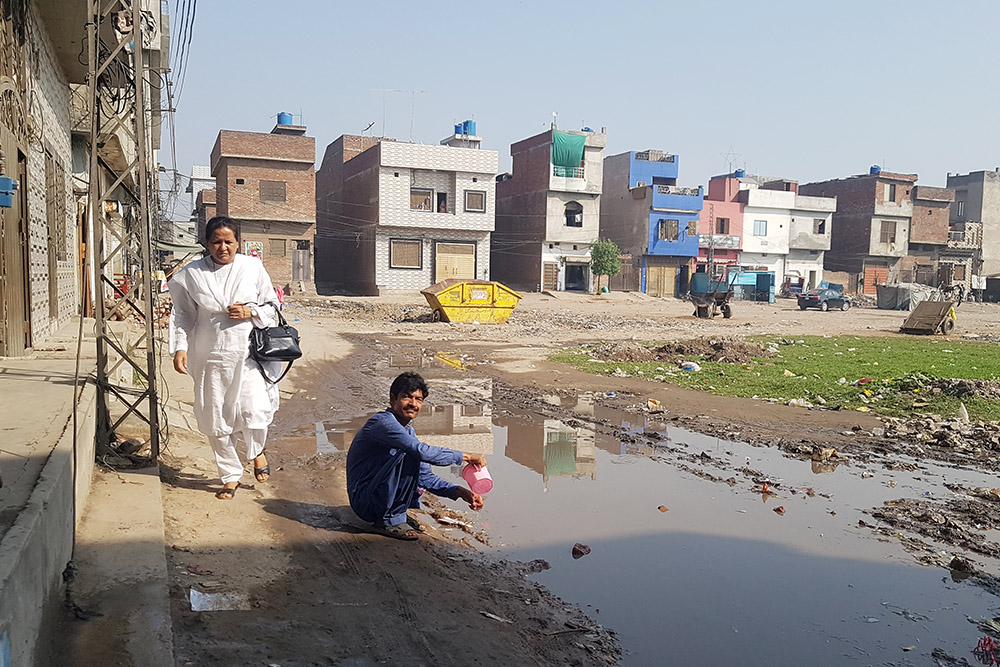 "It's a big challenge serving in dirty places where people don't care for personal hygiene," Bhatti added. "Most people visit them but avoid developing a personal connection with them."

Without national identity cards, which requires a permanent address, most of Pakistan's 10 million Gypsies are not recognized as citizens. They cannot vote, and their demands for equal rights are met with suspicion and allegation of criminal activities, prostitution and drug-dealing — this in addition to the prejudice, hostility and exploitation that the landless communities often experience.

Like other non-formal schools, Soar Primary School adopts a multigrade teaching method by teaching a unified syllabus to students from grade one to five, and teenagers in another separate class.

While St. Joseph Associate Perwaiz Masih manages the facility, Bhatti spends her time visiting the students, listening to the challenges of their parents, occasionally offering them ration bags, and gently guiding them toward better life choices. 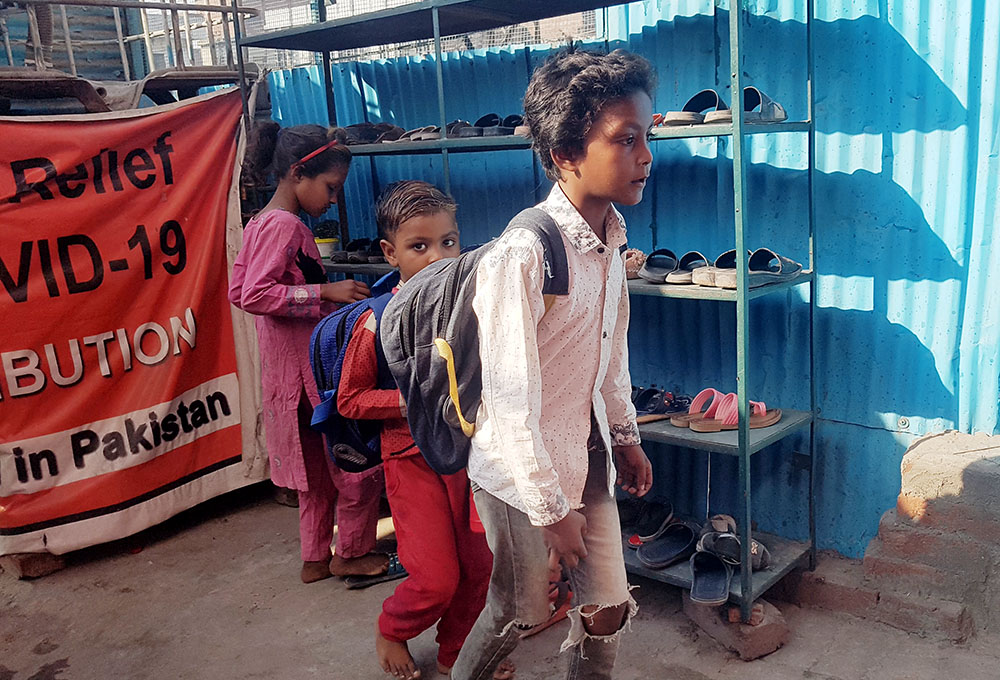 In 2017, Bhatti, as the principal of Don Bosco High School, transferred Manzoor to the Don Bosco Technical Institute for Boys in Youhanabad, a Christian neighborhood in Lahore, to get vocational training in carpentry or electrical and metal works. But Manzoor returned home just a year later, having to support his recently divorced mother. (His father, meanwhile, remarried a third time a couple months ago.)

Divorce is common among Gypsies (who tend to marry as teenagers), particularly among nomadic families. But it comes with a cost, especially for the women, said Nazia Manzoor, Ifran's mother.

"We are the lost tribe," she said, referring to the Khana Badosh community. "Finding the next job is an everyday challenge."

After lunch, Ifran Manzoor and his five siblings help their mother sort bottle caps with matching colors. Together they earn 800 rupees (US$3.67) for sorting 200 kilos of bottle caps a day, totaling a little less than the current minimum wage of 27,000 rupees per month. 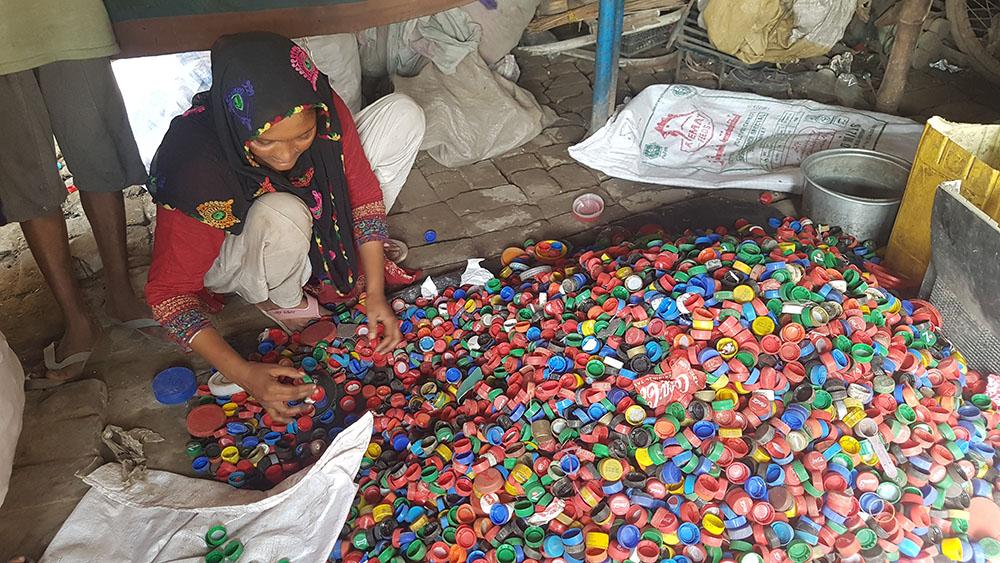 Bhatti had also referred another three Gypsy girls to a hostel (a school with residential facilities) about 30 kilometers from Lahore, one that is run by Franciscan Tertiary Sisters of Lahore in Sheikhupra. But like Manzoor, in 2019 they returned home — this time after just two days.

"We were young and missed eating meals beneath the tree, as well as our families," said Asma Usman, a fifth grader, adding that the Franciscan Tertiary sisters were also too strict for her liking. "The St. Joseph nuns and my teachers did a lot for us. We can never repay them."

Bhatti, the congregation's regional coordinator, calls Gypsies "milk and rice Christians," as "they change their faith depending on whoever provides them ration bags."

"They live in a closed culture and do not trust others," she said, adding that Masih works hard to bring them back to Christianity. "Despite challenges, we shall continue the inclusive efforts to work for their welfare, especially women empowerment, with the true spirit of love, care and compassion." 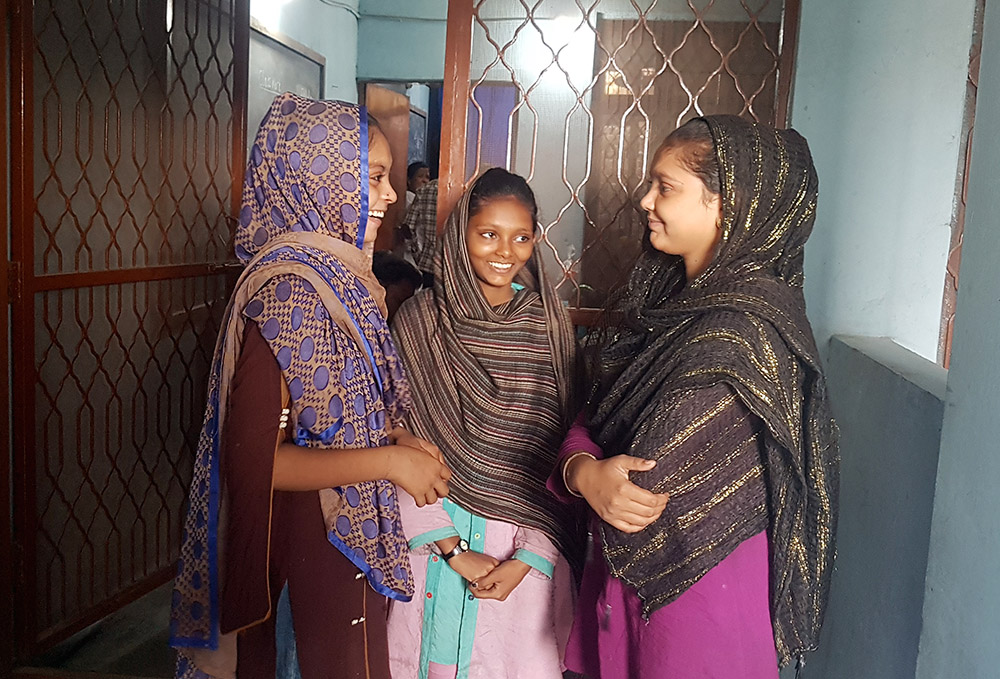 The 10 St. Joseph nuns, who celebrated their platinum jubilee in Pakistan this July, are also running three schools in Multan and Lahore dioceses, as well as the Quetta Apostolic Vicariate. The convent in Multan also manages a sewing center for 20 Christian girls.

Bishop Khalid Rehmat congratulated the nuns at the July 21 thanksgiving Mass in Quetta city, located on the Pakistan-Afghanistan border.

"We appreciate your efforts for formation and giving hope to the people and raising their living standard," he said, praising the missionary sisters "amid challenging circumstances in Pakistan, where the mission is already difficult. The work is not over yet."

At an Oct. 15 celebration of the convent's founding in Lahore, Franciscan Fr. Dildar Michael said that the sisters' school for the Khana Badosh community "inspires us to revive our charism." 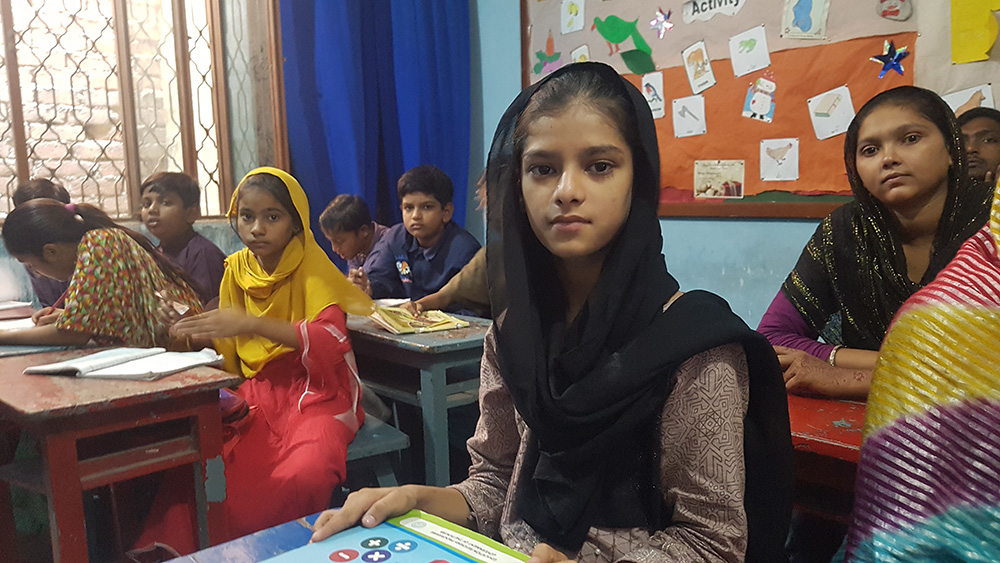 "There is an urgent need to serve those for whom nobody cares," he said. "The missionaries arrived here to serve the downtrodden, and the church is known for imparting quality education and health care. Sadly, both education and medical services have become businesses. Most village-based Catholic schools and hostels have been either closed or are surviving on ventilator. We are called for service — not business."

Within Pakistan, the Sisters of St. Joseph is the only women's congregation to initiate a school for Gypsies.

"Every person is created in the image of God," Bhatti said. "Their children also have the right to know their faith and get an education. Space is shrinking for them, as the owners of plots occupied by migrant Gypsies are kicking them out and securing their assets.

"Only education and skills will shape their future."