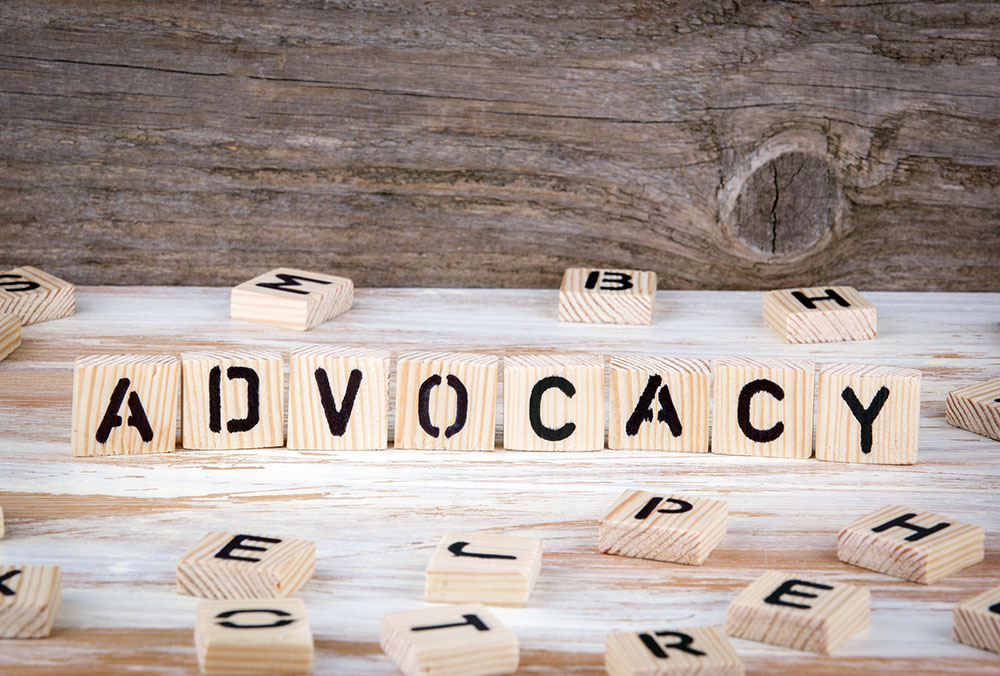 Advocacy has always been a skill that sisters use in local situations to bring aid to the people they serve. However, current times call for this skill to be finely honed to help change policies that systemically keep people disenfranchised. Lone voices do not have the impact of many voices speaking the same message. We need to learn to work in partnership with others who share our dreams.

Advocacy and partnership were themes of a virtual side event I attended this summer during the United Nations High-Level Political Forum in New York. "Leadership for Change: A Call to Action From Sisters Supporting Vulnerable Communities" was co-sponsored by UNANIMA International and the International Union of Superiors General (UISG), the event itself modeling a partnership to encourage sisters in their work to implement U.N. sustainable development goals Nos. 14, 15 and 17.

The July 7 event, moderated by Giulia Oliveri, grant manager for UISG, featured a panel of speakers from civil society, who discussed best practices for partnerships, and sisters, who shared their involvement in grassroots advocacy.

Panelist Sr. Jean Quinn, a member of the Daughters of Wisdom and executive director of UNANIMA, a nongovernmental organization working at the U.N., introduced her organization and its partner, UISG, the world's largest network for leaders of Catholic women religious congregations, representing about 600,000 sisters worldwide. 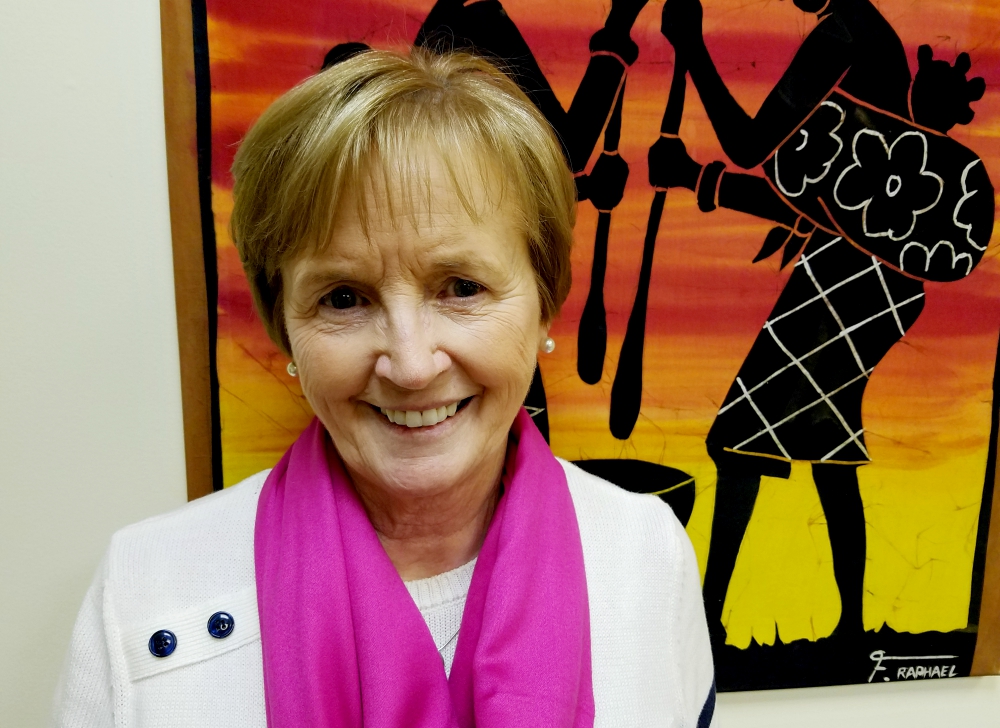 She also noted that the Global Solidarity Fund, a unique alliance of partnerships across the private sector, supports the sisters' advocacy efforts at the U.N.

She reminded us of the three development goals that the High-Level Political Forum reviewed: Life Below Water, Life on Land, and Partnerships for the Goals. She reiterated that the purpose of the side event was to be a powerful call to action for sisters to engage in effective partnerships to achieve these goals.

Two themes stood out for me at the event. The first was the importance of all solutions being planned and implemented by the people at the local level. Panelists repeated a phrase they frequently heard from the people with whom they worked: "Don't talk about us without us."

The second was that effective advocacy depends on effective partnerships of like-minded organizations, faith-based or secular. Sisters must become skilled in developing such partnerships so that the voices of those on the margins are heard.

It is important for sisters learn to these skills and even more important for them to train those at the grassroots. The impact of such efforts was apparent when Sr. Rose Uchem, a Missionary Sister of the Holy Rosary from Nigeria, shared with us her strategy to doing just this.

She organized Ifendu, a women's development group that as part of its work identifies ecological challenges for the region, impacting the women's ability to maintain their families' livelihood. Deforestation, desertification and excessive heat that create agriculture uncertainty were the leading culprits contributing to a growing threat of famine in Nigeria.

The women also recognized that the families play a part in the devastation through dependence on charcoal for cooking and intensive farming without ways to renew the soil.

After awareness, Uchem's next step was for the women to learn to tailor their message of working together to solve these issues of deforestation and other destructive practices to specific audiences. The women formed local advocacy groups to go to traditional leaders and communities, local governing chairs and other elected officials to encourage them to join the movement of seeking solutions together.

Uchem also encouraged the women to join other groups, both secular and interfaith, that were already active in their communities, including Catholic women's organizations, Anglican mothers' groups, and youth organizations.

Related: In the face of catastrophic climate change, sisters join call for a just transition

Together, these new partners scanned their environments, collected data that could be used to support their efforts, and began to plant trees. They encouraged each other to build programs that could be a model to others and use energy-saving cooking methods.

The impact of their efforts was a deeper understanding of how to work against climate change by making positive efforts to stop ways they were contributing to it themselves. Their current longing is for solar power, which would be of great benefit to the communities, but they have little capital to make this transition.

There is also a need for more partners. The women have realized the value of many voices speaking the same message in order to be heard.

Sr. Anne Carbon, a Filipina member of the Missionary Sisters of St. Columban, shared her work with Indigenous people in the Philippines. These communities living out a natural connection with the Earth were experiencing a threat to their way of life through mining of local minerals. They felt helpless against the forces around them. 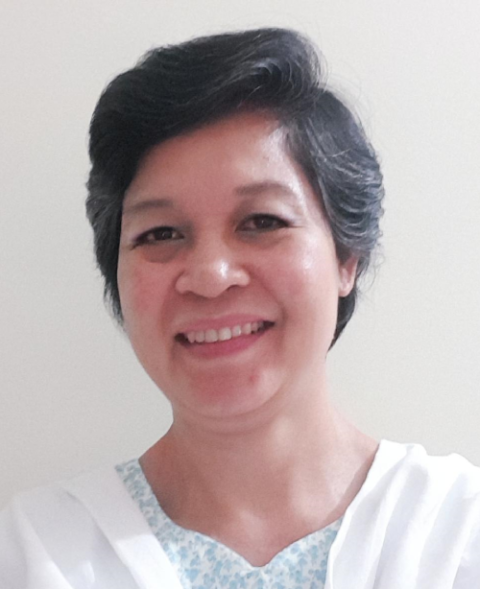 Carbon and her sisters worked with these communities to help them realize they were not helpless. They had human and civic rights to do something about mining practices that degraded the Earth, poisoned water sources and brought new diseases. The people learned skills for networking with other groups to address illegality of government contracts made with outside companies. They became advocates for themselves.

The side event also heard from three civil servants: Houry Geudelekian, chair of the NGO Committee on the Status of Women at the United Nations and U.N. coordinator of Unchained at Last, an organization fighting to end forced and child marriage in the United States; Caroline Weijers, ambassador of the Netherlands to the Holy See; and Philippa Hitchen, a journalist and communications director for the Lutheran World Federation with special interest in ecumenical issues.

Geudelekian reaffirmed the importance of the global feminist movement and faith-based organizations in local areas that work with grassroots communities. She also expressed disappointment that many countries still do not value local leadership while promising this direction. She warned that goal No. 17, which focuses on partnerships, will fail without networks that value transparency and shared leadership.

Weijers lauded her experience working with sister partners as well as their humility and ambition in carrying out goals No. 14 and No. 15. She noted in particular the reach of Talitha Kum and the work of the International Migrants and Refugees Network.

Hitchen emphasized the value of ecumenical partnerships, something she cherished in her time in pre-war Ukraine with Muslims, Catholics and Lutherans. She also recalled collaboration with UISG in its efforts against human trafficking, which impacts the whole world, no matter what faith. 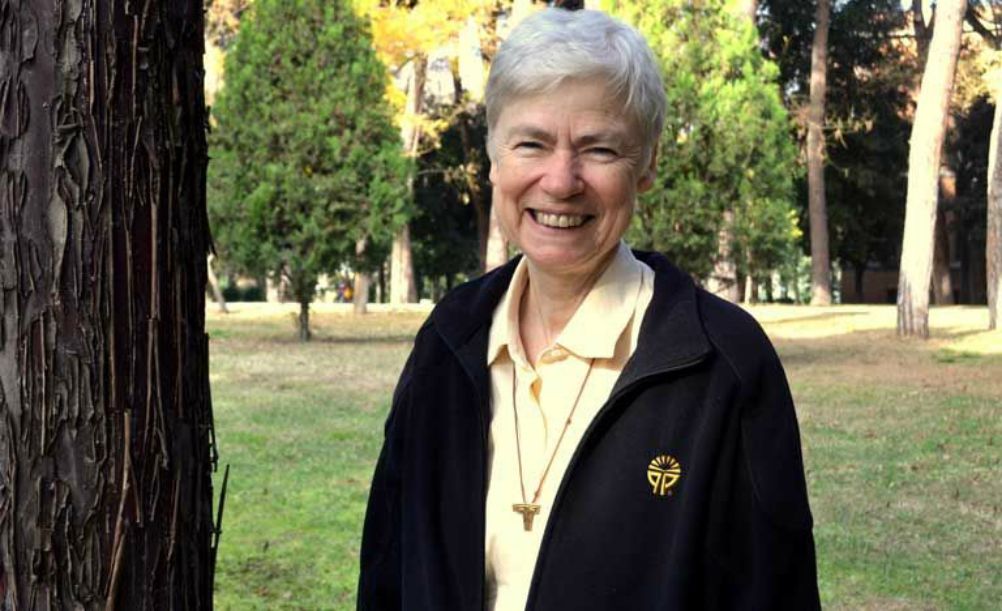 Sr. Sheila Kinsey is the executive co-secretary for the Justice, Peace and Integrity of Creation Commission, a project of the International Union of Superiors General. (Provided photo)

As always, Sr. Sheila Kinsey — a member of the Franciscan Sisters, Daughters of the Sacred Hearts of Jesus and Mary and executive co-secretary for UISG's Justice, Peace and Integrity of Creation Commission — delivered a passionate call for advocacy and networking in the work of integral ecology and climate change and in promoting nonviolent values in our world today. Many sisters in conflict areas are joining in these efforts with groups like Pax Christi and others.

Kinsey affirmed the need for all levels of society to work together: local, national and international. 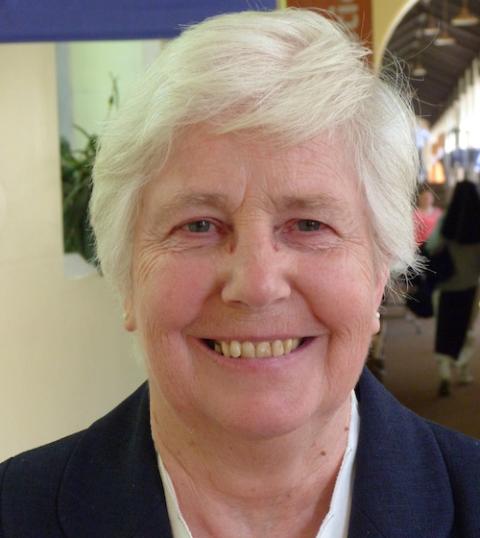 Loreto Sr. Pat Murray, UISG's executive secretary, concluded the panel by saying that insertion with the communities at the grassroots is the usual way sisters serve others. The challenge for sisters is to learn new leadership skills that move from silos to networks, both local and global.

She also offered practical advice about "knocking on the doors of ambassadors" and government officials, inviting them to partnerships along with all people of goodwill. She noted that when she attended the World Economic Forum in May in Davos, Switzerland, she met many global business leaders, another potential source of partnerships.

Murray's ending comment struck me the most: She encouraged all of us sisters to cultivate imagination and not be afraid to reach out to any potential partners who can assist in renewing our world in justice and peace.