Ana Gonzalez knows where in New Haven, Connecticut, to find the best pizza, the most beautiful Yale University libraries, and a used bookstore that also brews great coffee.

But the 35-year-old Texan didn't move to Connecticut to become a local tour guide. Instead, Gonzalez hopes at the end of this summer to enter the novitiate as a Dominican Sister of Peace in the collaborative Dominican novitiate in St. Louis, Missouri.

Currently, Gonzalez lives in a convent once inhabited by another order, renovated and repurposed for the Dominican Sisters of Peace. Situated on the grounds of St. Stanislaus, blocks away from where a highway bisects what was once a thriving Polish neighborhood, the House of Discernment, as it is called, sits close to Yale, just minutes from the vibrant urban life of the city.

Set aside specifically for candidates who wish to devote a few weeks or even months to experience the round of Dominican prayer, service and communal life, the residence also is home to three Dominican sisters, a Maryknoll sister, and two other candidates, one of whom just arrived in late February.

Born in Mexico City, Gonzalez and her family moved to El Paso, Texas, when she was very young in search of greater educational opportunities. Her parents "knew that in the United States, if we worked hard and focused on our education, the skies were the limit. And it's paid off."

While her radiologist father worked long hours to support their family, her mother took primary responsibility for raising their four children.

A Catholic convert very active in their El Paso church, "Mom was all about service," Gonzalez says. That included singing in the choir, collecting toys for orphans, and helping Spanish-speaking adults gain the skills for high school equivalency diplomas. From her father and her paternal grandmother, Gonzalez learned the liturgical basics of the faith, including praying the rosary and memorizing the Catechism.

In high school, Ana dreamed of becoming an archeologist or a musician, exploring her evident gift for learning languages.

"She never had a serious boyfriend," said her sister Lulu Reeks, a New Orleans-based musician and mother of the young boy Gonzalez calls her "absolutely amazing" nephew. "She said she was saving herself for 'the one,' and later, we understood that was 'The One.'"

When Gonzalez was a senior in high school, she decided on the advice of a Jesuit family friend to apply to Loyola University in New Orleans. (Her siblings later graduated from the same institution.)

"My dad didn't want me to go out of town. He wanted all of his daughters to be housewives," Gonzalez says. "But I was rebellious. I wanted to be independent."

It was in New Orleans that she encountered the Dominican sisters, "incredibly talented women: educated, passionate and making a big difference in New Orleans in the name of God," she said. "I was inspired by them. . . . I wanted to follow in their footsteps."

While she continued to volunteer with the elderly sisters at the local Dominican convent and considered a vocation to religious life, Gonzalez had other priorities: paying down her college loans and embarking on a public relations career. At the same time, she says, she "longed for a closer relationship with God."

Though she returned to El Paso to help her mother recuperate from a bout with cancer and worked "crazy ridiculous hours," that desire did not abate. Her sisters got married. Her mother kept pointing out men to her and recommending she take a second look.

In 2010, when she returned to New Orleans for a sister's wedding, her longtime friend, Dominican Sr. Dorothy Dawes, asked, "Why aren't you joining us?" As Gonzalez began to pay attention, she says little directional signs began to show up in her life, eventually leading her to reach out to Sr. Cathy Arnold, formation coordinator for the Dominican Sisters of Peace, and seriously begin to consider the possibility that she was called to religious life.

Formed in 2009 when seven communities merged (an eighth later joined), the community has more than 500 sisters and approximately 600 lay associates. In the midst of attending one of their "come and see" retreats, "I had the very strong feeling that this was it," she said.

But it wasn't until 2012, after many heart-to-heart conversations with her parents, that she was ready to take the concrete steps that would lead her into an unknown future. On the advice of the sisters, she looked for work near the places where they had residences.

Upon finding a position at Albertus Magnus College (founded by Dominican sisters), where she is now a community liaison in the Division of Professional and Graduate Studies, she packed all of her worldly possessions in six boxes and moved to a rented room in New Haven.

A year later, after her application was accepted, she was welcomed as a candidate into the House of Discernment.

Gathered in the community room where they exchange friendly banter, the House of Discernment residents describe their daily routines, which include morning and evening prayer as well as responsibility for sharing cooking duties.

"We don't expect them to be perfect," said Sr. Mary Pat Gallagher, a former teacher, of the candidates. "We're learning, too."

"This is more of an adult model: There's mutual, open communication with the candidates and sisters," said Sr. Mary Vong, an occupational therapist. "It's like a marriage."

Determining when a candidate is ready to move to the novitiate is an intensely communal process, Arnold said, involving feedback from a local mentor, herself, the sisters with whom the candidate lives, and others in leadership. There are times, she said, when the discernment process itself may be a forum for an unresolved or previously unrecognized issue in a candidate's life.

Should a candidate be approved, she moves on to the novitiate, a two-year "deepening of understanding of our charism, religious life and prayer," said Arnold.

"There are no surprises. If someone is unhappy, that will become evident."

If a novice is accepted for first profession, she will spend three to six years in what is called "temporary vows" before making final ones.

While Gonzalez notes that her parents had hoped she would marry and have children, her mother and sisters admire and support her vocational decision.

"You can do good without becoming a nun. There are so many opportunities," said her sister Mina Vuk, a doctor who now shares a home with her mother in Houston. Seen in that light, she sees her sister's choice as rather remarkable.

Her mother added: "I'm very grateful to God for calling my daughter to his service. I know she is with the best, and he's got a plan for her."

This spring, Gonzalez will find out whether she has been accepted as a novice and begin preparing for a late-summer move to St. Louis, where Dominicans from across the country have a shared novitiate program.

"Even as women go into the novitiate, they are still discerning," Arnold said. "You're never close to being done with the discernment process."

Read the other profiles:
Srs. Julia Elena Abdala and Shirley Arce: After years of searching, a warm welcome with Benedictines
Sr. Elizabeth Sjoberg: Joy and purpose lead to the Daughters of Charity of St. Vincent de Paul 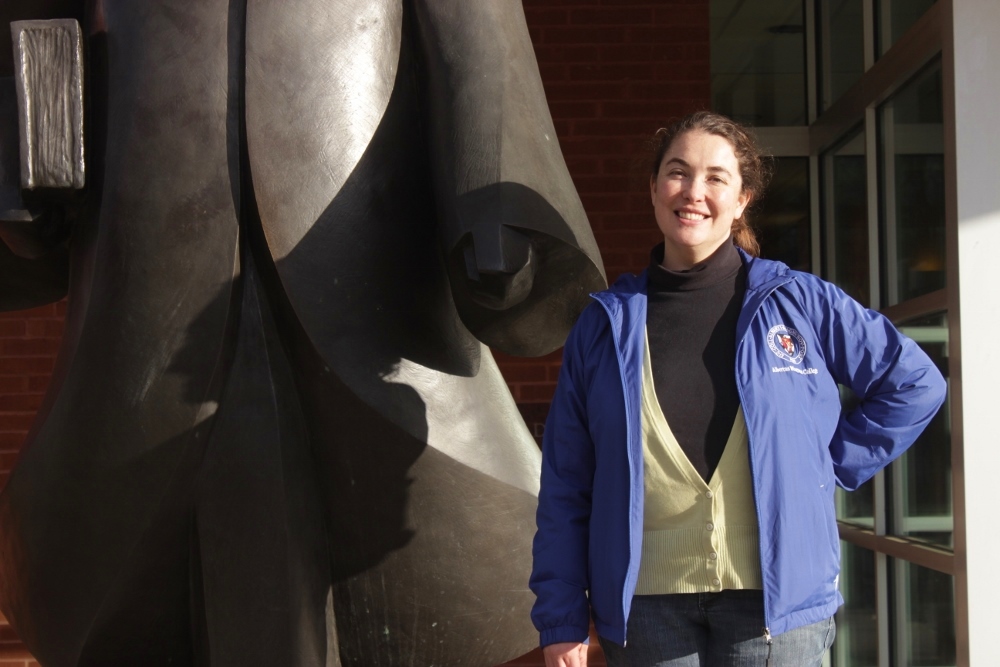 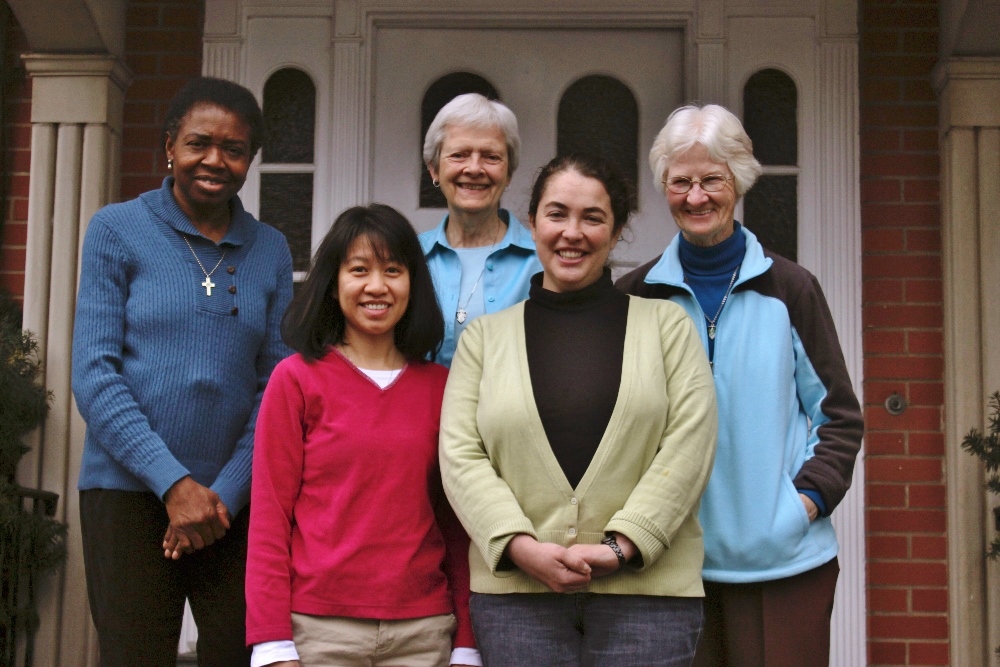