Whether she's striding down a hallway, arms swinging jauntily at her sides, perched on a stone wall at Chicago's Millennium Park chatting with a friend, or hugging her brother, Paul, in the profile photo on her Facebook page, Sr. Elizabeth Ann Sjoberg always seems to be caught with a smile on her face.

"Sister Liz is a very joyful person. She has a great personality," said Sr. Mary Catherine Warehime, who has known the 33-year-old Daughter of Charity of St. Vincent de Paul for more than a decade. Sjoberg lived with Warehime as a pre-postulant, and Warehime became her formation councillor. "She brings a lot of energy to her ministry, and an openness and willingness to learn."

As Sjoberg recalls, it was a kindred joie de vivre married to a sense of purpose that drew her to the Daughters of Charity of St. Vincent de Paul she met in college. "They were down to Earth and fun, and still very serious about their ministry and prayer life."

Like the majority of those who choose religious life, Sjoberg was raised Catholic. Her parents, both heavily involved in the Catholic charismatic movement, met at a prayer meeting.

"Daily prayer, spontaneous and heartfelt prayer was part of the ethos. That's where I learned to pray," Sjoberg said. The family, which moved every few years because of her dad's career in the Air Force, was situated in Chantilly, Virginia, during Sjoberg's last three years of high school.

At the University of Mary Washington in Fredericksburg, Virginia, Sjoberg became very active in the Catholic campus ministry. But while she participated in various activities with sisters, it wasn't until her junior year of college that she began to consider an alternative to her plan: graduate school and eventually a career in a biological science.

Through discernment weekends, service projects, long conversations and shared devotions, Sjoberg gradually began to imagine herself as a future Daughter of Charity.

Remarkably, she wasn't the only Mary Washington graduate she knows to make that choice: Three other friends from her Mary Washington days ended up embracing religious life in different communities.

Although her growing relationships with Daughters of Charity and volunteer service with the Capuchin Franciscans' Province of St. Mary suggested an attraction to religious community, it still came as somewhat of a surprise to her family.

"I can honestly say that I never thought my sister would be a sister," Paul Sjoberg said. He adds that when the family gathers, she's still the witty and outgoing sibling he's always known.

Her parents, Deb and Bill Sjoberg, were initially concerned how her decision might affect their relationship with her.

"As it turns out, we had no reason to fear," Deb Sjoberg wrote in an email. "Not only has she found true happiness in her vocation, but we have been drawn into the life and spirituality of the Daughters of Charity. We didn't lose a daughter; we gained a community."

In 2006, Sjoberg became a postulant, and in 2007, she entered seminary, a period of study and reflection akin to the novitiate in other orders.

It was in those early years of discernment and study that she got to know Warehime. Then a formation counselor, the senior sister helped guide Sjoberg's studies and early formation experiences and studies. Since their founding in the 17th century, the Daughters of Charity have been dedicated to helping the poor.

Sjoberg is "very committed to the community," Warehime says. "I can see her becoming even more responsible and making good choices."

If Warehime's tone sounds slightly maternal, it may be because her constituency has been women under 40, when they are more open when it comes to community norms.

Warehime said experience has taught them that middle-aged (and older) women, already professionally established, are more likely to struggle with the communal life embraced by religious orders.

After three years working as a campus minister at Mount St. Mary's University in Emmitsburg, Maryland, Sjoberg moved to Chicago, where she lived in a Daughter of Charity house while obtaining a degree in social work at DePaul University.

In two years, she will complete her period of formation.

Currently, she's a case manager and therapist at Marygrove, a therapeutic treatment center for abused children in Florissant, Missouri. (St. Louis is home base for the Daughters of Charity Province of St. Louise, a result of the 2011 mergers of the West Central, East Central, Southeast, and Northeast U.S. provinces.) Though the work can be hard, she said, "The beauty of the life that we have is that our support systems are built in. We have a rhythm of prayer and the sacraments, community life and sisters we live with who have been through these same kinds of challenges."

While she interacts with faith-seeking young people and has an ease with multiple social media outlets (she's featured in "Holy Hangouts" and other online videos about religious life), Sjoberg also has a strong respect for history. Although her community may shrink in numbers, she believes that God, who has given the Daughters of Charity a divinely blessed mission, will ensure that it continues.

In April, on the feast of the Assumption, Sjoberg will have another opportunity to renew her vows to her community. Because the Daughters of Charity is a society of apostolic life, not a religious order, each sister annually renews her vows of poverty, chastity, obedience and service to the poor.

"The beauty of making our vows every year is that you have this amazing opportunity to say, 'Yes, again, God, I put my life in your hands,'" Sjoberg said. "I'm willing to do that. I want this. I can't imagine doing anything else."

Read the other profiles:
Ana Gonzalez: An embrace of the unknown leads to discernment as a Dominican
Srs. Julia Elena Abdala and Shirley Arce: After years of searching, a warm welcome with Benedictines 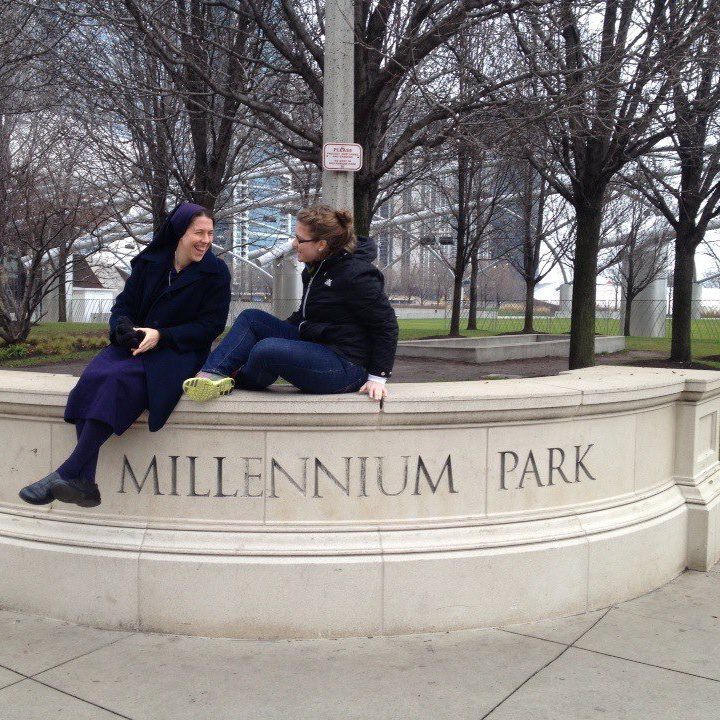 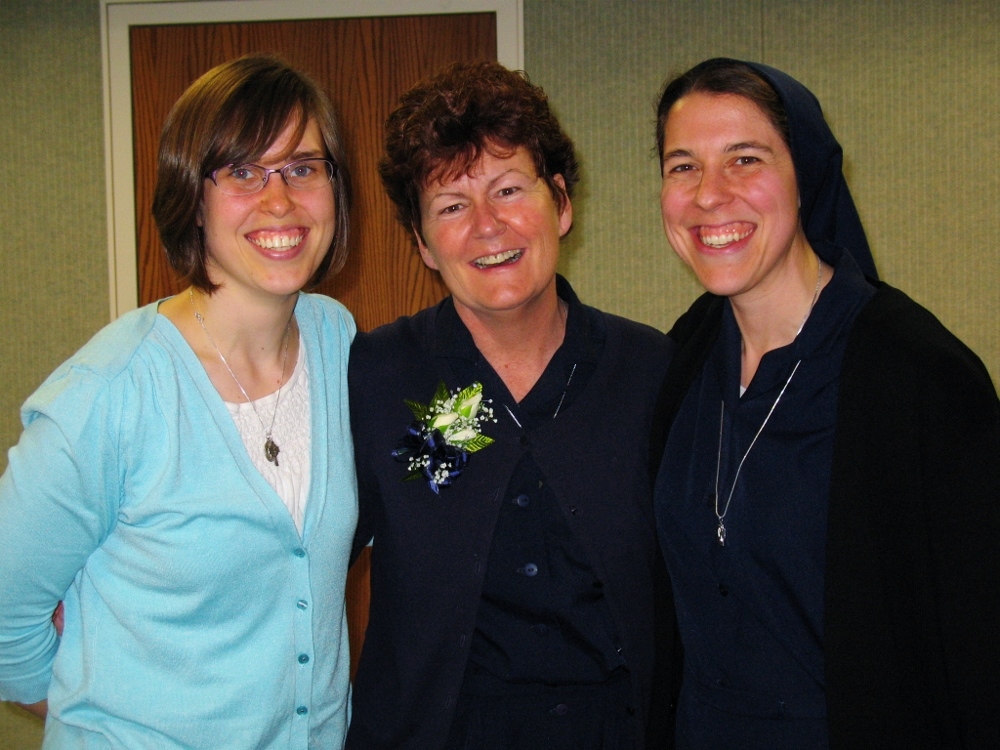