On a Saturday in February, the Benedictine Sisters of Virginia are gathered for morning prayer, as they do daily. Rising from her seat, Sr. Julia Elena Abdala walks to the lectern, where she reads from the sixth-century Rule of St. Benedict before the women begin the ancient pattern of Scripture and responsorial psalm readings, one thread in the tapestry of the Divine Office that orders their days.

Abdala, 63, and Sr. Shirley Arce, 67, are both scholastics (the scholasticate is the third stage of formation in the Benedictine tradition) and West Coast transplants. In this tranquil refuge surrounded by suburban developments, they inhabit monastery grounds that are a testament to ministries begun by a community once significantly larger: a school, transitional housing for women, and a pastoral counseling center. Now, the monastery is home base for 31 women. Two others live in Richmond, Virginia.

Arce and Abdala represent a cohort that has received relatively little attention in recent years: middle-aged women pursuing a vocation to religious life. Both are Latina (Arce is Puerto Rican and Abdala is Argentine), a growing demographic in the U.S. Catholic church and communities of women religious.

In this monastery, the youngest resident is 51 and the eldest 97, which puts the median age of the sisters somewhere in the 70s.

"What we are seeing in our community and in many other [Benedictine] communities are slightly older vocations," said subprioress Sr. Glenna Smith, who also directs novices and scholastics. "Sometimes, the monastic life is looked at as a little more sedate than the apostolic life."

A more contemplative perspective and a focus on community rather than a particular ministry may also appeal to women of mature years, she said.

Two women in this community made their final monastic professions in September, and others are in the formation process. "Our prioress has a longtime belief that age and vocations are not mutually exclusive," Smith said. "We've had just a marvelous experience with having older women come to us."

Abdala, the daughter of a civil engineer and a mother who stayed at home to raise her and her four brothers and sisters, grew up in a home that was Catholic but not exceptionally devout. She first experienced a call to religious life when she was 18. After visiting a cloistered Carmelite monastery, she was a little scared and decided that it wasn't for her.

After earning a bachelor's degree in sociology and political science, she started but never finished a doctoral program in the same arena. "Sometimes, when you have a vocation, you don't even realize it."

Eventually, after obtaining a master's degree in public administration, Abdala settled into a successful career managing housing programs, including those for low-income residents and first-time homebuyers.

While she loved her work, Abdala was still haunted by the sense that something was missing. Increasingly, she said, "somewhere along the way, I started feeling I was right [about my vocation] in the first place."

Abdala consulted her parish priest and attended discernment groups for men and women considering religious life. Then she sent out a raft of inquiry letters. Most communities didn't answer them, she said, and the ones that did, with the exception of a Benedictine and Carmelite community, generally told her she was too old.

Dialogue with the Carmelites over a period of years ended in a deeply disappointing verdict: She wasn't cut out for their kind of life. It was then that a friend told her about the Benedictines of Virginia. Messages were followed by a series of visits. In 2011, Abdala made the momentous decision to move east and enter their yearlong "live-in" program. The following year, she became a Benedictine postulant.

"My biggest challenge and biggest blessing is living with other women," said Abdala, who never married. "I was very much my own person." It's also challenging to find time to balance individual prayer time with her assigned work, she said. Abdala currently serves as coordinator for the guesthouse, pastoral liaison for the columbarium (a cylinder for the public storage of funeral urns) situated on the monastery grounds, and administrative assistant for the monastery.

Born and raised in Southern California, Arce, who is also in formation as a scholastic, actually spent three years in a convent as a young woman before being asked to leave. ("They said I was having too much fun.") She eventually got married and had four children.

Though she never lost her faith in God, she wasn't always a faithful churchgoer, Arce said.

In 1999, she received the news every parent most dreads: Her two boys had been killed in a car accident.

"After my sons died, I had to come to terms with my real beliefs about death. My spiritual life grew considerably," she said, explaining that her relationship with God became more purposeful and grounded.

After a career as a librarian and teacher in the Los Angeles-area public schools, Arce, long divorced (she later got an annulment) can remember when her life changed. Staring 60 in the face, she was assessing her life and asking herself what she really wanted out of it.

One day, as she was sitting at her computer, she said: "It sounded like a voice in my head was saying, 'You need to go back to the convent.' I discounted it, but it just kept coming back to my mind."

Spurred to return to church by the confusion within, she prayed for clarity. Eventually, she took a questionnaire available through Vision magazine (a product of the National Religious Vocation Conference). When religious communities received her information, she got a flood of return emails, but they dwindled when they found out how old she was.

Welcomed by the Virginia community, Arce began to visit. After making the decision to retire, Arce packed her possessions in a truck and moved across the country. "I felt at home here. I was very happy, and I think it showed."

For a while, she said, her two remaining children blamed her for the death of their siblings. "They were angry with me for a while. Somehow, it was my fault — as a mom, I had to protect the boys. They just had to process the grief."

Now, she said, her relationship with her daughters is very good. Arce is now a great-grandmother who communicates with her family via the FaceTime video calling app.

Her decision to embrace religious life didn't surprise her daughters, Arce said, adding that she also can make an annual visit home to see her children and grandchildren. At least three other sisters in her community have grandchildren, and two others have been previously married.

Arce said her biggest adjustment to monastery life has been balancing time for ministry — helping out in the monastery assisted-living quarters as well as creating artwork for the gift shop — with community time and personal prayer.

"I am just very grateful and happy that I have been able to fulfill my vocation," Abdala said. Though it took a bit of searching, she said, she feels that God has guided her all the way. "Who knows what I'm intended to do here?"

Read the other profiles:
Ana Gonzalez: An embrace of the unknown leads to discernment as a Dominican
Sr. Elizabeth Sjoberg: Joy and purpose lead to the Daughters of Charity of St. Vincent de Paul 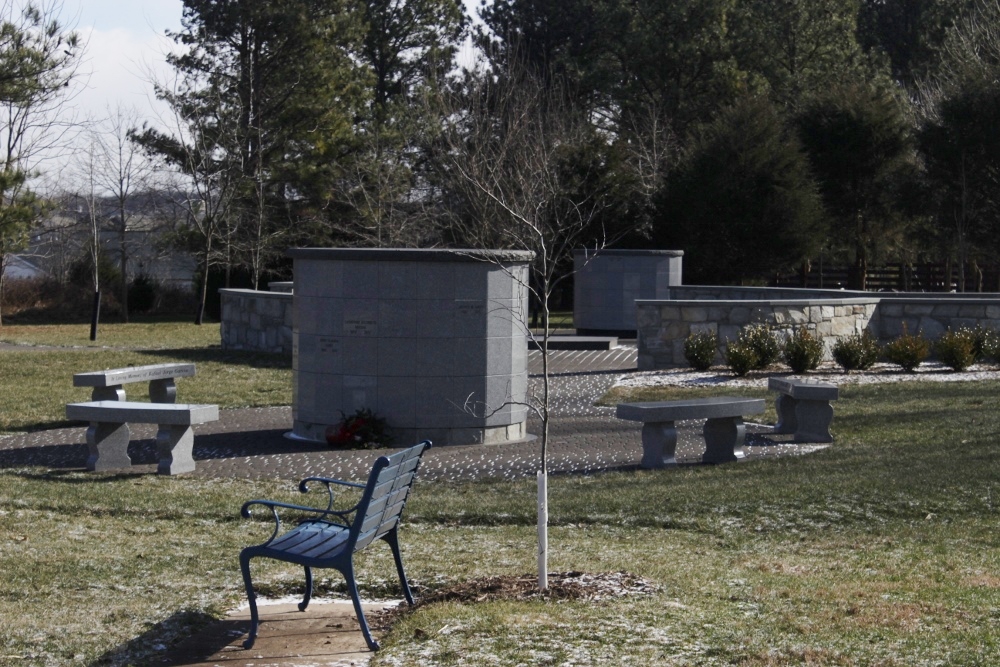 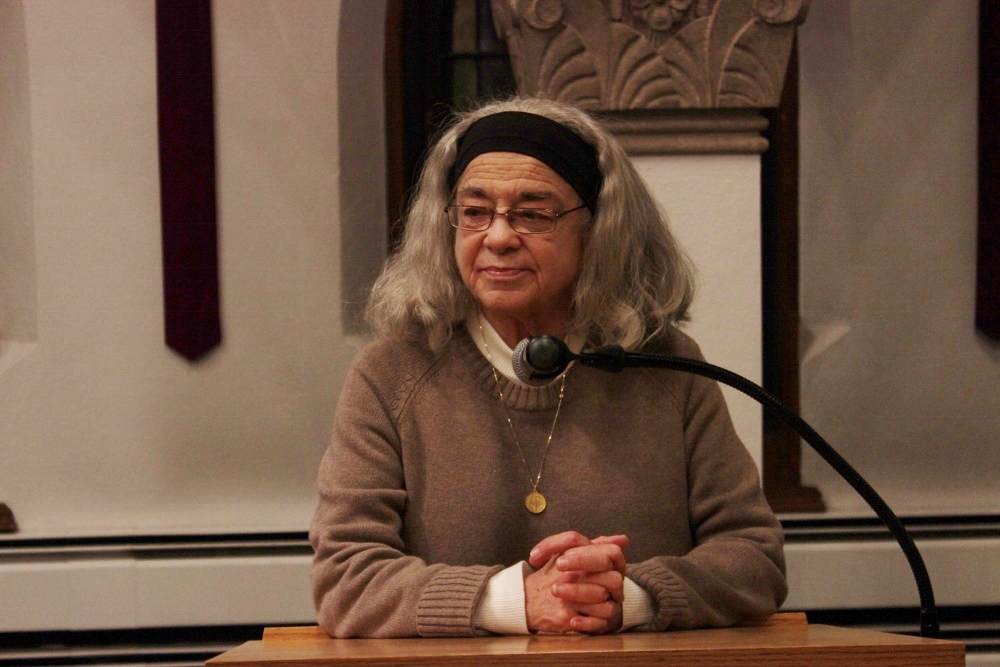 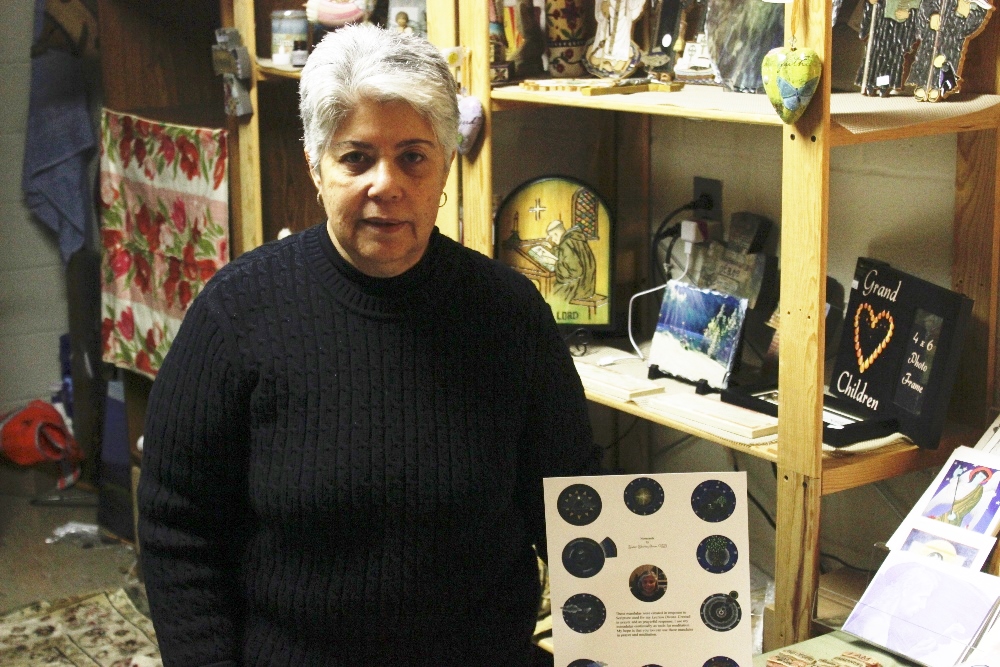