UISG helps create a unifying consciousness that can change the world 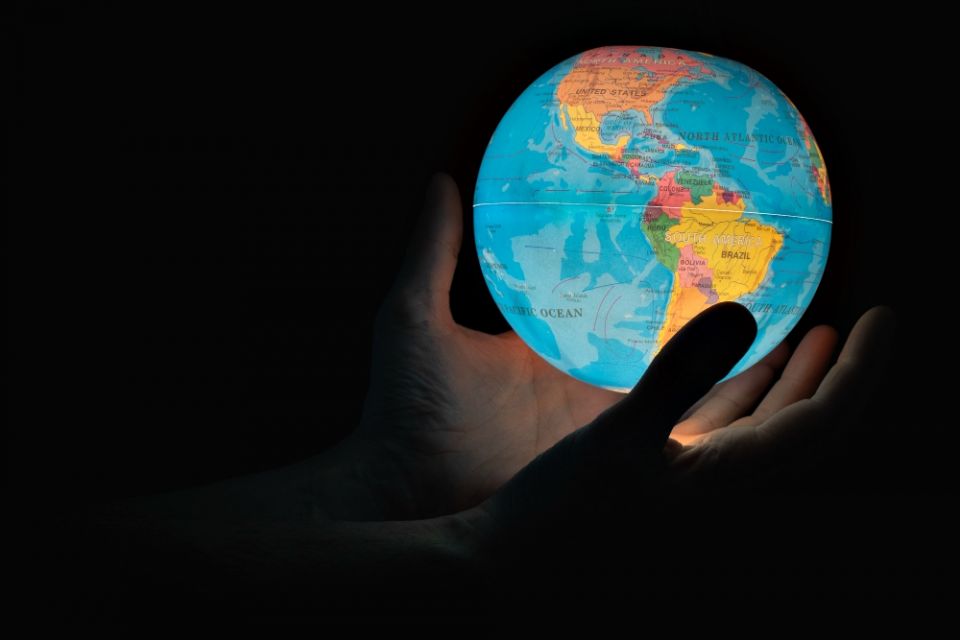 I learned about the mystical body of Christ from Fr. Judge, our pastor, when I was in eighth-grade religion class. I remember even today being mesmerized with the idea that my actions, even my thoughts, have impact on people around the world I will never know or see. I felt both excited and scared thinking about that kind of influence I might have on others.

This interconnectedness of humans — and now, the Earth, as well — is not new, but was believed by sages of many cultures and spiritual traditions in the past. Today, the Global Consciousness Project at Princeton University has scientists and engineers studying and mapping how "subtle interactions link us with each other and the Earth." They believe large-scale group consciousness has effects in the physical world.

An organization that provides a link for development of this kind of group consciousness is the International Union of Superiors General (UISG), whose members represent the 400,000 women religious in most countries of the world.

UISG divides the world of sister leaders into constellations so that between international general assemblies, held every three years in Rome, they will work together to reflect on common issues and collaborate on activities of significance throughout the globe.

The leaders meet on occasion in their regions and gather as constellation delegates to share what has been happening in their parts of the world. The constellations can be groupings of smaller countries or single larger countries, as is the case of the United States. 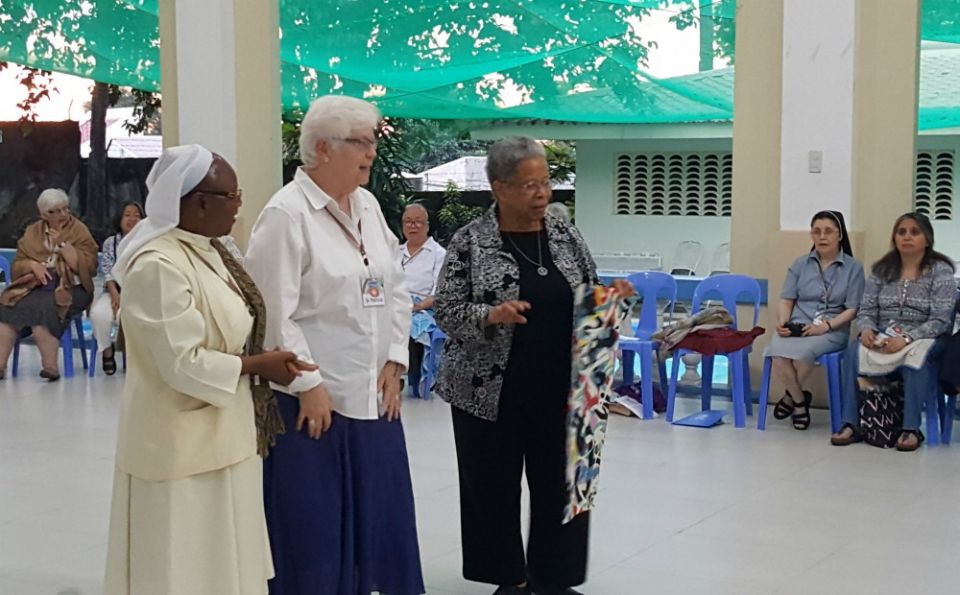 From left: Sr. Illumina Virginia Jenny Katsukunya of the Little Children of Our Blessed Lady in Zimbabwe; Sr. Patricia Siemen of the Adrian Dominicans of Adrian, Michigan; and Sr. Constance Phelps of the Sisters of Charity of Leavenworth, Kansas, during the ceremony at the UISG delegates meeting in the Philippines in November 2017 (GSR photo/Gail DeGeorge)

An Aug. 15 meeting of sisters who are members of both the United States' UISG constellation and the Leadership Conference of Women Religious provided updates on important local and global developments that women religious are engaged with.

As I listened to the various speakers, I was struck most powerfully with the idea of "noospheres" (unifying fields of consciousness) evolving among sisters globally, suggested by St. Joseph Sr. Carol Zinn, executive director of LCWR, in a conversation with Loreto Sr. Patricia Murray, executive director of UISG.

The two agreed that as sisters engage globally, praying, thinking and working together, a unifying consciousness, a synergy, is developing that will not only impact the Earth, those made poor and particularly women, but also regenerate religious life globally. They suggested that conversation is the pathway.

Conversation may seem a simple way to create synergy, but, as Murray suggested, it is also challenging. As vowed religious, committed to the Gospel of justice and compassion, particularly in today's climate of recognizing our complicity in racism, we need to become authentically intercultural in our thinking and action at all levels: local, national and international.

Our national sisters' conferences need to embed these intercultural movements of conversation, contemplation and action in their lives to help members companion one another and overcome differences, particularly through these vulnerable and uncertain times. We need to help each other foster an adventurous spirit of exploration.

The gathering began with Sr. Sheila Kinsey, a member of the Franciscan Sisters, Daughters of the Sacred Hearts of Jesus and Mary, and director of Sowing Hope for the Planet, a UISG project launched in 2018 to integrate Pope Francis' "Laudato Si', on Care for Our Common Home" into the fabric of our lives as religious. She encouraged us to plant the mustard seeds of the Gospel, do what we can do and inspire our congregational members and youth to what Murray called "sacred activism" to comfort those in need, challenge injustice and create a future vision for the world.

Changing the world for the future is a huge task that takes all of us working together as one community. Kinsey noted the synod for the Amazon, COP24 in Poland, the Global Catholic Climate Movement, and the Dicastery for Promoting Integral Human Development as energies bringing together people with common goals for systemic change.

She said it takes 21% of the population to make change, and sisters need to be at the forefront with lifestyle, inclusion and collaborating with others.

Murray then updated us on what has been happening with women religious during the COVID-19 pandemic. Many sisters and family members have died, creating an atmosphere of grief in our communities. Foundations have reached out to help congregations that did not have resources to meet the needs required to keep their sisters safe from contracting COVID-19.

She shared a long list of "sacred activism" at UISG level, including, to mention only a few:

Some new developments include a joint commission of UISG and the Union of Superiors General (the international umbrella group of men religious) on care and protection of minors, and a new office at UISG called Catholic Care for Children International. It was an exciting array.

Dominican Sr. Patricia Siemen and Charity Sr. Constance Phelps, UISG delegates chosen by the U.S. constellation, then reported on U.S. activities. Siemen noted the congruencies and nuances between LCWR and UISG and the importance of that partnership. She also confirmed the LCWR commitment to porous borders that keeps U.S. sisters globally minded and will impact the future structure of LCWR.

Two topics from the 102 sisters gathered on Zoom resonated with me.

One concerned Asian voices. "They seem to be missing," even though they are the largest group of international sisters newly arrived in the U.S., one sister noted.

Another question for all of us to ponder was: "What will religious life look like without the current overlay of Western influence, and how will it be peeled away?"

I came away from the meeting full of energy and hope, as I, too, believe that coherent consciousness among the sisters will have significant impact in creating a new order in our world.

Survey tracks inequality, amid UN effort to end poverty by 2030