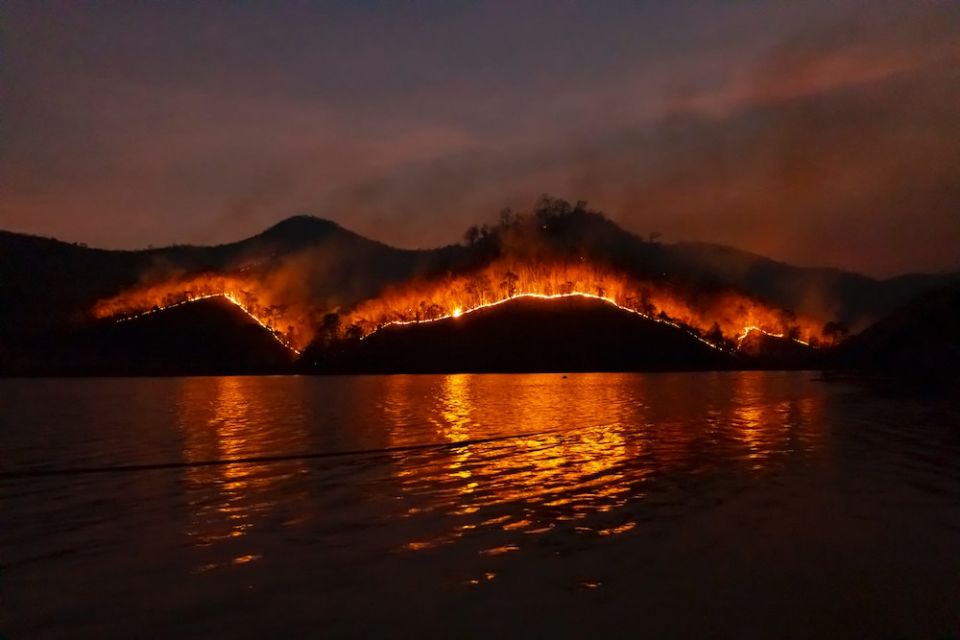 As I watched the news one night, a story reminded me of a pattern I see in my work at the Office for Systemic Justice (Canadian Federation of Sisters of St. Joseph).

The story was about the missile attack on Flight 752 in Iran. The attack had widespread coverage in Canada because 57 of the 176 people on board were Canadians, and another 81 were either permanent residents of Canada, international students heading back to Canadian universities, or visitors looking forward to seeing family and friends.

Grieving family members and friends let us in on their heartbreak. We learned one woman was supposed to travel to Canada with her husband. However, there was a mix-up with his ticket so he couldn't get on the flight. They decided she would travel on flight 752 while he arranged for a friend in Canada to pick her up at the airport. He would get on the next flight. It was a tragic choice which he is left to play over and over in his mind as he mourns her loss.

Each passenger's story was similarly heart-rending, and the personal details opened us to the depth of the tragedy. Families torn apart. Dreams crushed. Friends left alone. Lives forever scarred. It should never have happened. Things must change.

A reporter asked Prime Minister Justin Trudeau if President Donald Trump was partially responsible for what happened. Trudeau responded with carefully chosen words, "If there were no tensions, if there was no escalation recently in the region, those Canadians would be, right now, home with their families."

The U.S. House Minority Leader Kevin McCarthy responded by insisting the United States held no blame for what had occurred. For McCarthy, it was clear and simple. Iran shot the missiles; Iran was to blame. For Iran, a small number of quickly-arrested people were to blame. Two efforts at containment. Any need for change belonged to the other.

It's this effort to restrict the arena for change that I see so often in my work. As political leaders in the United States and Iran illustrated, the blame-game can simply narrow the scope of inquiry to the field that seems most advantageous. It's not that they don't have a point; it's that they're not looking at the whole picture.

The blame-game often tries to identify a singular, simple cause-effect relationship. But the world is shaped by interacting systems and each one of us is a part of these systems whether we want to be or not. This world does not lend itself easily to singular cause-effect relationships. Indirect causes are often highly significant and impactful. And when we begin to see how the many pieces interact with each other, we can sense openings for change.

Consider the horrific fires in Australia, or the ones in California, or British Columbia and Alberta in Canada. It's often possible to identify and blame a singular cause, be it a lightning strike or a careless person. But only the indirect factors take us to the heart of what's happening. Climate scientists point out that hotter temperatures and increasingly dry soil and vegetation are contributing to the growing intensity and frequency of fires. This is what makes these forest fires different from those of decades past, and this is what signals the need for new kinds of action.

The world needs international, collaborative responses to climate change; responses in which each nation does their its share based on overall and historic responsibility for greenhouse gas emissions as well as financial capacity. We need to understand ourselves as part of a much bigger whole.

Or consider what happens so often in cases of human trafficking for labor exploitation. Governments apply a law-and-order lens to the issue. They focus on arresting individual traffickers, if possible, and offer limited protection to a few of the most egregiously exploited workers. Without a doubt, traffickers should be arrested. However, the narrow law-and-order framing allows the rest of us to turn a blind eye to the ways in which migrant-worker exploitation has become a structural part of the economy, thereby increasing vulnerabilities to human trafficking.

In labor-intensive sectors of the economy (agriculture, construction, restaurants, hotels, textiles, domestic work, personal caregiving), there's a demand for cheap labor so employers can cut costs, increase profits and provide consumers with the cheap, affordable services and products they want. When host countries rely on guest-worker programs rather than creating pathways to permanent residence for migrant workers, they are catering to this demand for cheap labor. And we are all connected to the issue, not just in terms of the things we buy, but also the governments we elect and the immigration policies we accept. Using a law-and-order lens to try to narrow responsibilities for human trafficking does not make this interconnected spectrum of exploitation any less problematic.

The blame-game typically takes a narrow slice of the truth and substitutes it for the whole. It suggests there is no need for us to act because responsibility for the problem has been given to another. By contrast, contemplative awareness tries to open us to the whole picture. Awareness urges us to ask ourselves how we, individually and collectively, are connected to the problem and, in so doing, helps us to identify leverage points for creating change. Indeed, awareness impels us to create that change.

Such change-making is where contemplation and justice-action converge. It's the place where people of faith need to be.

[Sue Wilson is a Sister of St. Joseph of Canada, from London, Ontario. She has a background in teaching at all levels — elementary, secondary and university. Her graduate degree in theology with a concentration in social ethics prepared her for her ministry at the Office for Systemic Justice for the Canadian Federation of the Sisters of St. Joseph. The main focus of this work, in which she has been engaged for close to 20 years, is political advocacy.]

Social Justice | When blame gets in the way of change

Including women: to bray or not to bray