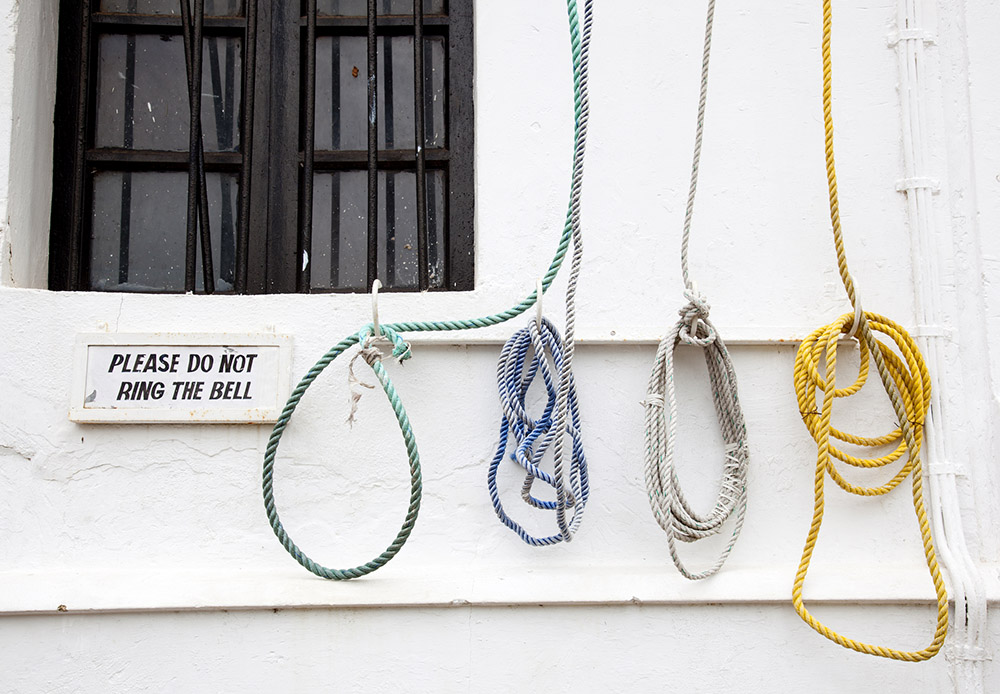 When I was a little girl, around 4 or 5 years old, my school was a few hops, skips and jumps from home, just across the road. A church stood tall in between, with a halo of grace surrounding it. The huge doors were closed, except for a side door to the sacristy, which was sometimes open (by luck).

If it was, my friend Effie and I would walk in with other schoolkids, try to stand on our toes with our hard black leather shoes on, and put our tiny fingers in the holy water font, with success sometimes!

Effie boasted of being truly "blessed" if she found some water in it and made the sign of the cross, making me jealous. Being a repeater in class, she was taller and had longer fingers. The sacristan used to get irritated with some kids picking their noses while coming to pray, so he would avoid refilling the fonts until all had gone home.

He also told each one not to stick leftover bubble gum over and under the hand rests of the wooden kneelers. Of course, kids denied this mischief, but he always had samples to display after his hard work pulling and scrubbing them out, lest someone kneeling there during the evening Mass got stuck! (I guess he must have assisted a dentist in his past because he would ask the kids to open their mouths to count the missing teeth, compare with the chewing gum molds, and catch the culprit.)

Anyway, the priests told him not to forbid kids from entering the church. Schoolchildren would kiss all the paintings and statues within reach — especially that of Mother Mary — and then come out to play in the compound. It became a routine. The vendor selling sweets at the gate was an old grandpa who loved kids too much to stop selling bubble gum despite receiving several warnings from the sacristan.

When all entries of the church were closed, Effie and I thought God was sleeping, and we let him sleep because we knew God was awake all night watching over us and protecting us while we were sleeping. I sincerely believed the huge church bells were special alarm bells to wake God up from a deep sleep.

The sisters teaching in our primary school came on a bus from far away and went back the same way. They were mysterious. One of them was the principal. She was thin and kind like an angel and used to always have sweets to offer when we greeted her.

Another was fat and always angry, ready to hit children on their knuckles with a stick for any behavior that annoyed her. She was the teacher in the adjacent classroom, and we often saw two or three children standing outside with hands up as punishment if they didn't recite tables correctly: two ones are two, two twos are four ...

Effie disappeared after being in the school with me for one year only. She had some family problems, that's why she used to visit the church to pray. I knew where she stayed, and when I asked my mom to take me to her house, we found out that her family had moved due to their inability to pay the rent. I missed her and worried about her but soon befriended other girls to walk home together. It was a totally different experience.

After a few years, when I was ready for high school, I had to travel every day in the school bus. Our school was away from the city, in the midst of mountains. There were no vendors. We bought snacks and sweets from the canteen itself. There wasn't any majestic church edifice on the campus.

However, the sisters had a chapel in their convent, which was always open for schoolgirls. God seemed to have stopped sleeping, and so they didn't need huge bells to wake him up. 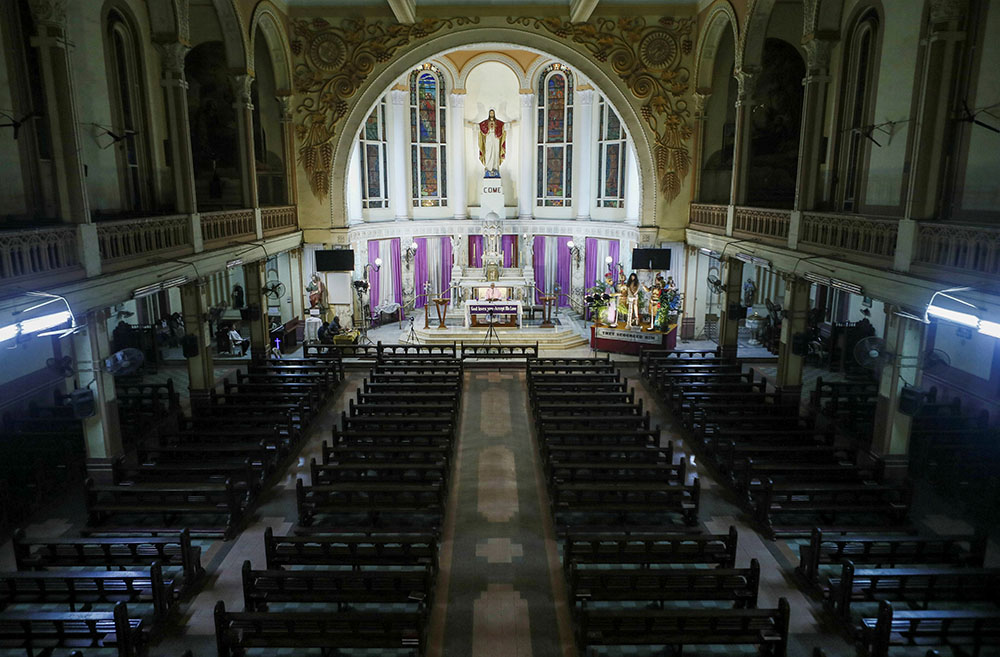 A priest celebrates Mass for a live telecast in an empty church during the coronavirus pandemic in Mumbai, India, March 21, 2020. (CNS/Reuters/Francis Mascarenhas)

Whenever the final exams drew near, we would make sure to visit God in the chapel to bless us. Those who did not study, and were always up to mischief, went at the last moment to pray for a miracle. Maybe God would show them the question paper in a dream or make them pass, so they could be with their same classmates next year?

A few more years passed before I finished high school and joined one college after another, advancing as a professional. There was neither church nor chapel on any of the campuses. By then, I had fallen in love with Jesus and believed he lived in my heart. He woke me up when I was tempted to keep my eyes closed to what was happening in the world around.

I experienced a tension between being a prayerful mystic and a social prophet. "Whatsoever you do to the least of my brothers and sisters, that you do unto me" (Matthew 25:40). As years passed, I became more and more active in women's organizations in slums and other causes for the poor and marginalized. Society seemed to be asleep, and we tried to bring an awakening.

Further on, I served in and through ecclesial circles. I was still a mystic, but Jesus seemed to wake me up regarding matters of concern within the church compound itself.

One day, a friend cried out in frustration, "Why is it that whenever the church seems to take one step forward [with regard to women], it ends up moving two steps backward?"

I was intrigued and forced to reflect on this. What is the reality? It turned out that there were always some Catholics from every section of the church trying to put prophets to sleep!

But the more they tried to do so, the more prophets emerged until the pandemic brought many of us together through social media platforms to work together. The church buildings were closed, but neither God nor we were sleeping. Even if feminism seemed to have taken a few steps backward, this kairos moment could serve to plunge it into the future for an epochal change in church and society. It will never be the same as it was before the COVID-19 pandemic!