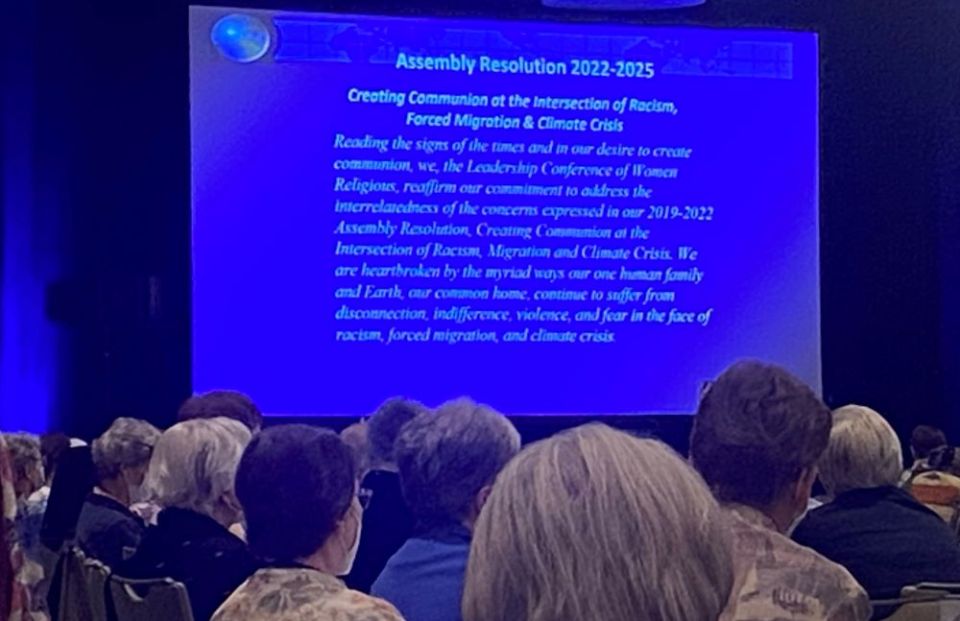 The Leadership Conference of Women Religious voted to reaffirm the 2019-2022 resolution for the next three years through 2025, prioritizing projects and efforts that focus on the intersection of racism, forced migration and the climate crisis. Read more at GlobalSistersReport.org/node/213201. (Photo by Soli Salgado)

Looking back on my three years of service in the presidency of the Leadership Conference of Women Religious (LCWR) summons memories of our collective experience as humans, wending our way through the "hinge" years that saw us leave the 2010s and enter the consequential 2020s.

It was a time that saw our nation undergo a mass uprising against perduring racial injustice following the heinous police murder of George Floyd, and then a bloody insurrection in the nation's capital following treasonous calls to overturn the results of a fair presidential election. Around the world, we saw the cataclysmic effects of climate chaos with epic wildfires and record-breaking heat waves, devastating floods and deadly droughts; the calamitous impact of a superpower's war of aggression on a neighboring sovereign state; and a global pandemic that disrupted lives and livelihoods across the planet, leading to the deaths to date of 6.5 million women, men and children, 1 million in the United States alone.

In one form or another, LCWR and our member congregations were engaged in these momentous national and global events, none more intimately than the COVID-19 pandemic. As each of our leadership teams awakened to the shocking reality of the peril this contagious virus posed to our vulnerable members, LCWR provided a sacred virtual space for members to gather to share experiences, concerns and insights. We owe such a debt of gratitude to our national office ministers who so quickly perceived this need for contemplative convening, hosting a virtual platform for connecting us that soon became our modus operandi.

We held our first virtual LCWR Assembly in August 2020, experiencing inevitable computer glitches at the start that soon were resolved by our wonderful Nix partners, enabling us to come together as a body of 900-plus participants from our islands of isolation. A key discussion centered on the results of a survey conducted by the Center for Applied Research in the Apostolate that revealed the common capacity and leadership challenges all of us face now or in the near future. It led to the initiation of a national conversation on Discerning the Emerging Future of Religious Life that has unfolded during the past two years, releasing a vibrant and hopeful collaborative energy among us, notwithstanding the aching demographic realities. 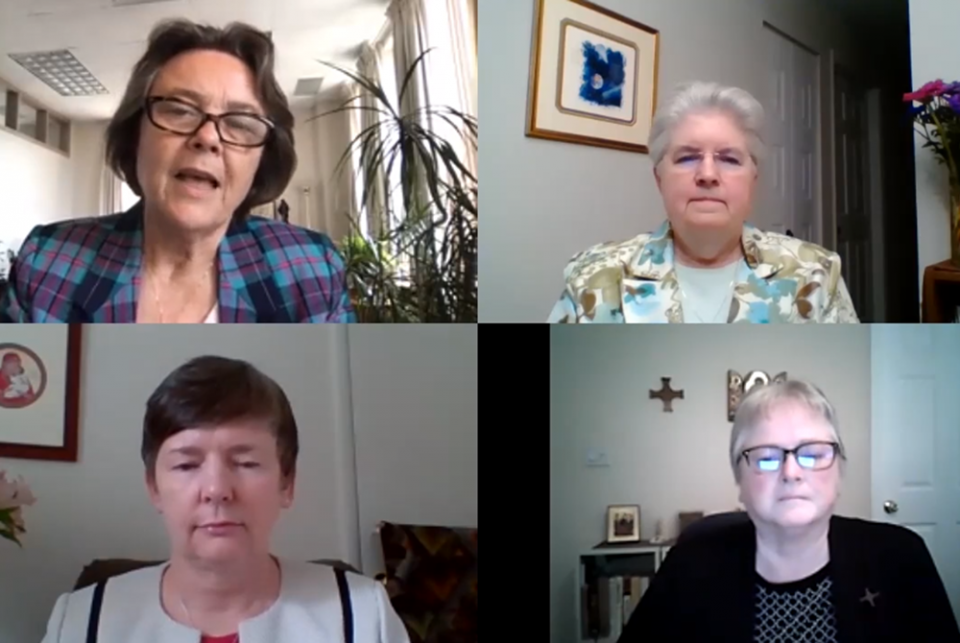 In the wake of the murder of George Floyd, LCWR initiated critical conversations with the National Black Sisters' Conference, or NBSC, and made a commitment to undertake a five-year journey to address systemic racism and white privilege. We named it A Spirit Call within a Call, recognizing this journey (truly lifelong) is spiritual in nature, raising existential questions about LCWR and our identity as U.S. women religious. We said we would identify "the steps that beckon us on this journey – the profound truth-telling, reconciliation, repentance, and repair work needed for Spirit-ruah to breathe us through to transformative change."

Related: Catch up on GSR's coverage of the 2021 LCWR annual assembly

This led us, at our second virtual Assembly in 2021, to engage in a ritual of repentance on behalf of the Conference where we publicly acknowledged our complicity — as members of a church deeply implicated in the origin and perpetuation of our nation's sin of racism, of congregations that have engaged in sinful white supremacist practices, and of a Conference whose whiteness has been unexamined. We three presidents and executive director bowed "before God and all who have been grievously harmed by our blindness, willful ignorance, and unexamined white privilege as women religious to the present day" to offer a profound apology, and to pray to God for forgiveness. We stood "at the foot of the cross, hearts broken open, ‘where all of the human suffering and misery is touched by something that lifts it and redeems it and makes it whole,' " as Mahatma Gandhi once said to Howard Thurman.

The call also led us to make structural changes in LCWR, providing seats at the table of the national board and key board committees for members of the National Black Sisters' Conference and AHLMA (Asociación de Hermanas Latinas Misioneras en América) whose presence already has had a profound impact on the Conference and our collective way of thinking and being. 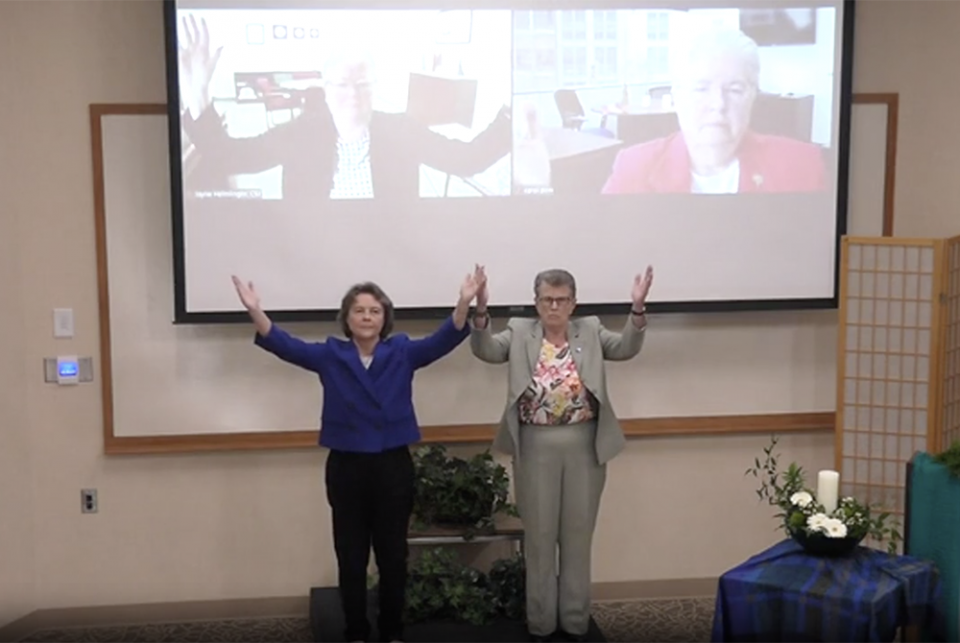 As the world began to emerge from the worst of the pandemic, Pope Francis issued a call to a synod for a synodal church. It was envisioned as a "journey together" in a listening mode aimed "to plant dreams, draw forth prophecies and visions, allow hope to flourish." The pope invited religious around the globe to share the fruits of their own synodal conversations, in addition to engaging with others. To that end, LCWR held five virtual listening sessions for members, using a contemplative dialogue process patterned on Pope Francis' invitation to encounter, listen and discern. LCWR synthesized the input and submitted it to the International Union for Superiors General (UISG/USG), who were gathering input from religious conferences around the world, as well as to the Vatican.

The 2022 Assembly in St. Louis, my last in the presidency and the first in-person since I was elected at the 2019 Assembly in Phoenix, centered on "Mystical Wisdom: Following Spirit's Beckoning." Our speakers helped us see the interconnection of mystical wisdom with the transformative change in consciousness humanity so urgently needs at this time. We are in the make-or-break decade of preventing catastrophic global warming for generations to come. We face the urgent task of dismantling threats to democracy and the evil of white supremacy that are intertwined in such deadly combustion, as the Jan. 6 assault on Washington made so clear. All call for a profound movement toward right relationship with one another and our Earth community — for loving one another and our Earth home as God loves us.

Related: LCWR general assembly recommits to justice and interconnectedness of all creation

We are on a single transformative journey as we undergo the epochal change taking place this decade in religious life. It has multiple dimensions. But it is the same Spirit call, beckoning us to make the evolutionary shift in consciousness so vital to the unfolding of abundant life. "It is a deeper movement," as Carmelite Sr. Constance FitzGerald said in her talk, "into the within-ness of the universe."

And it is out of the depths of this vast within-ness that we women religious — diminishing in number but deepening in mystical wisdom and God's abundant love — are called to give the best of our remaining, enduring lives.

This story appears in the LCWR feature series. View the full series.