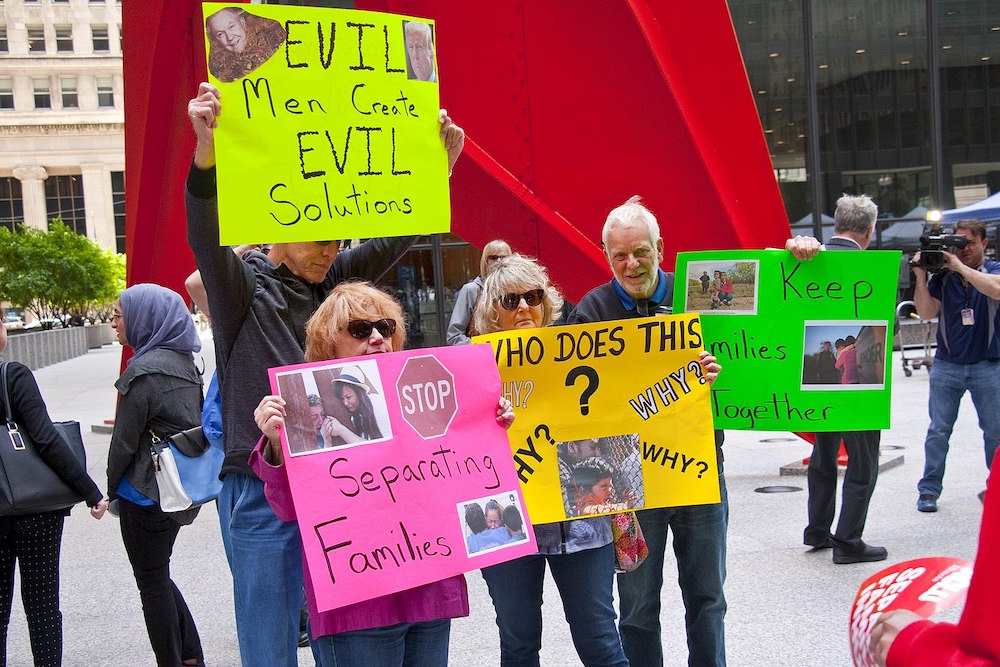 Recently, my brother-in-law had open-heart surgery. I could not visit him in the hospital and, as he slowly recovers, he and I stay apart, I with my local community, he in the home he shares with my sister. No hugs — and we are a family of huggers.

Some endure much greater suffering from forced family separation. In "Coronavirus Ravages 7 Members of a Single Family, Killing 3," Tracey Tully writes that the victims, a mother and two of her adult children, were members of a large, "close-knit family." This family, emotionally united by unspeakable grief, was physically separated: nearly 20 members "quarantined at their homes, awaiting test results and praying in isolation, unable to join together to mourn their deep collective loss."

Refusals of family visits to dying patients in hospitals or nursing homes cause much emotional pain. Other separations are also difficult, like those of front-line health-care workers and first responders who, because their responsibility puts them in direct contact with virus victims, choose to separate from home and family as a safety measure. I empathize with everyone here and around the world locked in and forced to love their families from a distance.

Painful as these separations are, we know, even as we resist them, the policies are for a greater good: saving lives. We ache to be with those we love, and that love impels us to keep our distance. We do not choose separation, but on some level, we accept it.

But there is some family separation that we should not accept. The newest data reveal that the wall of racism, "America's original sin," stands firm in the coronavirus pandemic: people of color suffer unequally.

Why? Their ability to resist the virus is hampered by: poverty; homelessness; overcrowded, multigenerational homes; jobs unable to be done at home; paycheck-to-paycheck lifestyle that forces them to show up at under-protected and overcrowded workplaces; increased unemployment; underlying health conditions; lack of health insurance – and more.

Some will argue that many white Americans are similarly situated. But people of color suffer from the virus in a greater percentage. Family separation also hits them unequally. Like the racism behind it, this inequality is not new. Throughout American history, systemic racism has forced people of color to endure immoral forced family separation in greater numbers.

From the beginning, via the sale of slaves, forced separation was good business practice. It also was a cruel means of punishment and control. Today, family separation of people of color flourishes in the immigration and criminal justice systems, in a subtle version of slavery's overt enforcement of "white supremacy."

President Donald Trump in his first campaign speech called immigrants and refugees from Mexico rapists and drug dealers. His immigration policy reflects this blatant racism. The president's April 2018 "zero tolerance policy" told migrants that, in his former Attorney General Jeff Sessions' words, "If you cross the border unlawfully … smuggling a child, then ... that child will be separated from you, probably, as required by law."

As a result, some 2,300 children, including over 100 under the age of 4, were separated from parents or guardians with whom they had entered the United States. Why? To prevent these people of color — legally seeking asylum from poverty and/or violence — from polluting America's whiteness. Under public pressure, Trump ended "zero tolerance" in August 2018, but poor records and the deportation of some parents have left many families still separated from their children. Today, detention centers holding migrant families, hot spots for the virus, remain open. 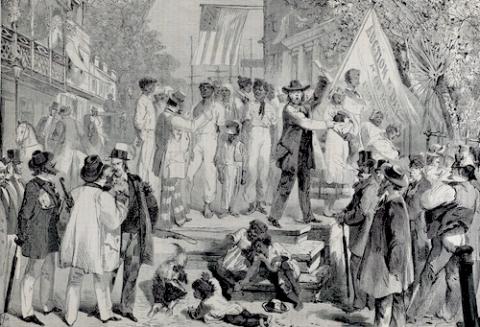 "Family separation is a way of life. We do it every day ... we call that law enforcement," reported Shaila Dewan. With those damning words, Homeland Security Secretary Kirstjen Nielsen justified family separation at the border by comparing it to the long-accepted family separation practiced in America's criminal justice system. That deliberate racist policies have caused for decades greater numbers of and longer sentences for African-American men caught in the "mass incarceration" prison system is documented in The New Jim Crow by Michelle Alexander.

Children of color separated from parents by the justice system suffer in greater numbers than white children. First, in juvenile facilities, of the 30,000 children held in recent years, 4 out of 5 are Black and brown. Also, reporter Vaidya Gullapalli cites that, based on past practice, every year "at least 2.7 million minor children will have a parent in jail or prison." These children will, Nora McCarthy documents, suffer life-long emotional and developmental consequences from forced family separation.

Today, Americans of every background live separated from family members and experience loss of dear ones. Yet mail, phones and digital communication break down the walls of family separation. And, except in cases of death, this new separation will not be — in comparison to separation at the border and through the prison system — long-term.

Still, if the pandemic opens America's eyes to what even a brief period of forced family separation is like, as it is doing for me, it could increase empathy for those afflicted by the family separation via immigration and imprisonment policies that flow out of systemic racism.

More than ever, I feel guilt for my birth gift of "white supremacy," the gift that even in religious life keeps me well-fed, sheltered, secure, safe in these times. But I also reflect on the resolution affirmed by my religious community, the Sisters of St. Joseph of Carondelet, at last year's Chapter: together we will "work toward dismantling interlocking systems of oppression" — "for the life of the world."

With my community, I must turn my guilt into action that breaks down systemic racism. Will you join us?

[Francine Dempsey has been a Sister of St. Joseph of Carondelet, Albany, New York, for more than 60 years. She is a retired educator, long-time justice advocate, a freelance writer and a member of the Eyes Wide Open of Northeast, New York.]