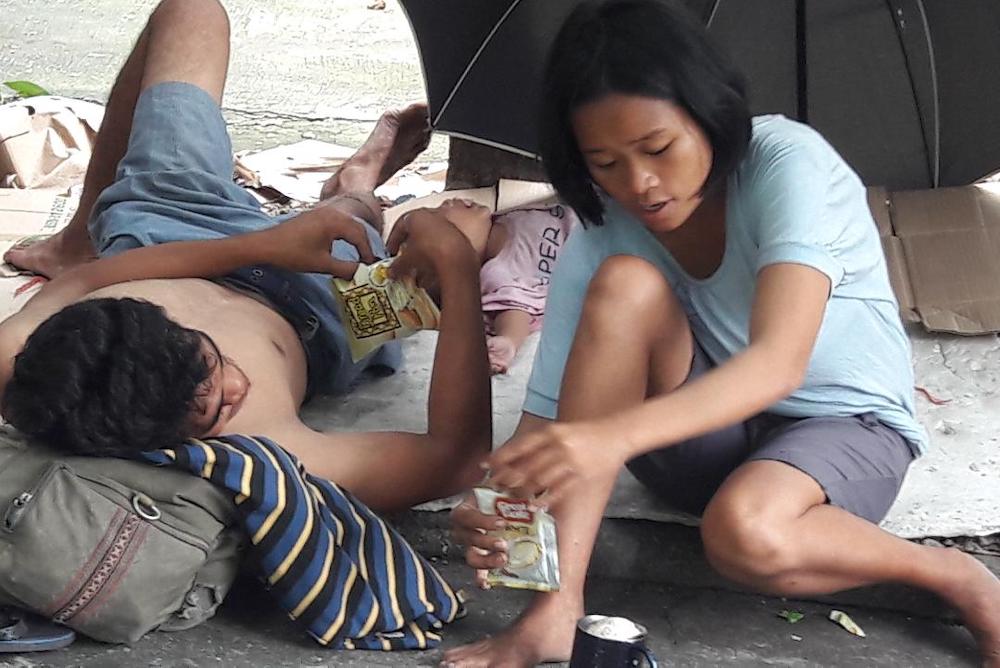 Jerico J. and Jasmine relaxing in front of Sacred Heart Convent after returning from a feeding center. They walk every day to different feeding centers carrying their two children and two bags of belongings. (Sujata Jena) 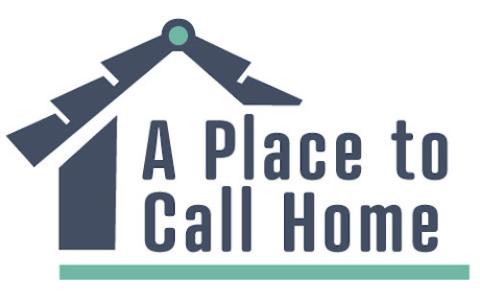 In Manila, the Philippines: I meet the homeless along the street, begging at doors, camping under the bridge, stopping vehicles on the road asking for coins, lying on the sidewalks — so frail and exposed to rain and sun.

I was prejudiced, skeptical and indifferent about them. I thought they were lazy, people with no dream and vision — until last May when I started to accompany them.

I was challenged by the mandates of our 2018 General Chapter of the Congregation of the Sacred Hearts of Jesus and Mary, which prioritized our ministries with people who are poor, especially migrants, homeless and women.

Of a population of 106 million people in the Philippines, about 4.5 million are homeless; there are about 3 million homeless people in Manila alone, possibly the most of any other city in the world. This shook me.

What could I do? How could I give a name and face to each of the homeless, hungry, sick and abandoned? I was only a student with little extra time. But since I was drawn to this cause, I tried to be with the homeless as much as possible.

I realize that the situation of poverty and homelessness is a huge social problem around the world. But when I meet them, I face fellow human beings, not some abstract "social problem." The very phrase, "What would Jesus do at this scene?" haunted me.

I ventured to ask their names, age, where they came from, where they live (street, bridges, cemetery) and the reason they are on the streets.

Their stories are poignant. Each one has a unique story to tell about his/her reason to be homeless, how they were forced to leave distant rural villages to live on the city streets. I tried to listen to them with empathy.

Jerico J., 35, explained, "I left my province [rural village] because there was no food, money and a house for me to live. We are six children to fishing parents who lived in a small hut. Now everyone grew up and have [their] own families. I lost my boat to a typhoon. I cannot afford to buy one."

Most are victims of circumstances. Poverty and unemployment are their main reasons for moving to the cities. Around 21.6% of the population live below the national poverty line in the Philippines, according to the Asian Development Bank Report 2018. 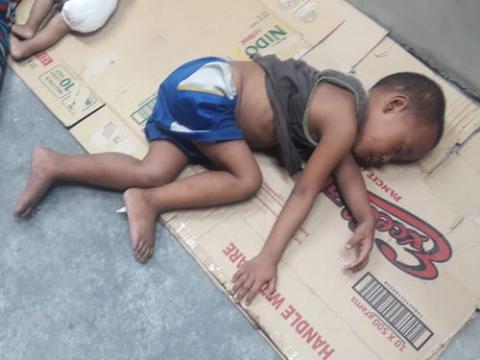 James Garcia, son of Lea Garcia, a homeless single mother, sleeping in front of a mini mart at 9 p.m. while his mother waits for the shop to close. (Sujata Jena)

They are displaced due to natural disasters as well, or are forced to leave their home provinces and thrown out of their homes when the government wants their land for infrastructure projects. Having no title on their huts, (though their families have lived there for generations), they cannot produce a residential certificate.

The Philippines is a fractured democracy, where feudal practices persist and where the greater national budget is dedicated to servicing foreign debt and paying a bloated bureaucracy, or is wasted on fake or overpriced development projects.

After studying the issue, I am convinced that the government has barely scratched the surface in combating the issue. According to the people I listened to, the only anti-poverty scheme of the government, the 4 Ps (Pantawid Pamilyang, Pilipino Program — a conditional cash transfer program of the Philippines) hardly benefited the extreme poor and homeless.

Many of the homeless are scavengers, rag pickers, construction workers, jasmine flower sellers, car park attendants, jeepney barkers, or tricycle drivers. About 250,000 Filipino children are living on the street, and parents use their children for begging. 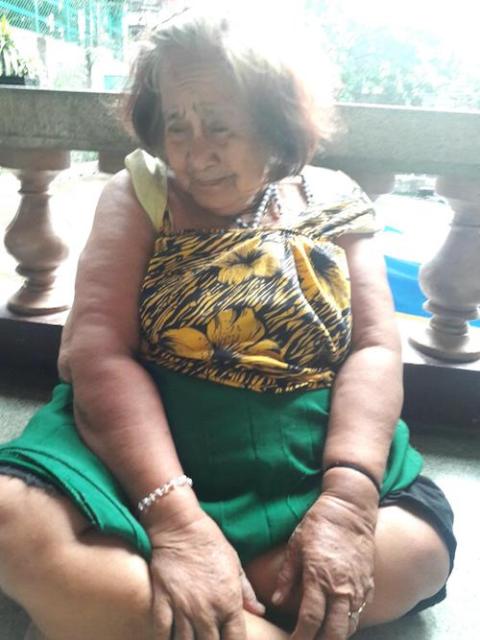 Dominga Abinoha, 76, came to the city when she was 30 to get free treatment for her husband with cancer at the government hospital. (Sujata Jena)

Dominga Abinoha, now 76, came to Manila hoping to get a treatment in a government hospital for her husband who had cancer. The young couple and their 10-year-old ended up working in a piggery for several years, later as a laundrywoman and a scavenger.

"It was exhausting to walk miles barefoot for scavenging, as I was overweight and weak. But I needed to earn for my sick husband and dependent young daughter," Dominga expressed with pain. Her husband died without treatment a few years back.

There are no public water supplies and sanitation facilities in the city. They resort to open defecation.

Jasmine, a mother of two children, said that she uses paper or plastic for diapers, which are too expensive, and added, "We often get ill and have diarrhea all the time."

The hungry and homeless survive on the mercy of churches, religious houses and kind-hearted individuals. Several churches provide food for the homeless on different days.

Other feeding centers operated by the Divine Word priests, Dominican Sisters of Our Lady of the Rosary, and the Canossian Daughters of Charity serve in limited areas and are not accessible to the vast majority of poor and homeless people. The Society of St. Vincent Paul heads a federation for homelessness that shelters some indigenous homeless people. The federation works for the rights of the homeless throughout the country.

Besides being hungry, homeless people suffer from multiple infectious diseases due to weak immune systems and poor nutrition and hygiene. They have heart and lung diseases because of constant exposure to the heat and rain. They are exposed to abuse, harassment and sexual exploitation. They are victims of crime, human trafficking, torture and killings.

"The police are merciless. They remove and detain us anytime when the government hosts high-profile international events," said Gloria C. Santos, a 55-year-old homeless woman.

Poverty and the number of homeless people will continue to rise unless the government introduces mainstream programs, such as food and income security, medical aid, social security and disability insurance.

As a religious, I am blessed with unmerited gifts and privileges. My engagement with homeless people increased my gratitude and helped me understand what it is to be homeless, hungry and lonely. I easily sympathize with them as I cannot imagine myself being hungry and sleeping on the pavement. It helps me to shift my focus away from myself and to be a hope and joy to others.

On evening walks, I meet many homeless families. The smiles on their faces warm my heart, and in return, I try to be a source of hope for them. Their names, faces and situations become vivid in my personal and community prayer.

As a trained social worker and a lawyer, I challenge myself on how to give or not to give, every time I face people begging. I am reminded of the saying: "Do not give them fish, instead teach them how to fish."

I contemplate on what Jesus would do with the poor, homeless, the "third circle of Jesus' disciples" — the crowd! He reached out to them with compassion, healed them, fed them and told them parables that gave hope. He did not judge them, nor did he instruct them to follow.

I resolve in faith to take care of our neighbors, visit the sick, help the poor and feed the hungry. It is a commitment that I like to renew daily.

[Sujata Jena is a member of the Sacred Hearts of Jesus and Mary Congregation. She has a degree in social work and a law degree from Utkal University, Odisha, India. She has worked among Dalit and tribal women, children, and youth of the eastern Indian states of Odisha and West Bengal. Recently, she completed Missiology studies in Manila, Philippines. During her stay in Manila from July 2018 to December 2019, she voluntarily journeyed with the poor and homeless of Sacred Heart Barangay, Manila, Philippines. She has contributed to Global Sisters Report as a Matters India reporter.]