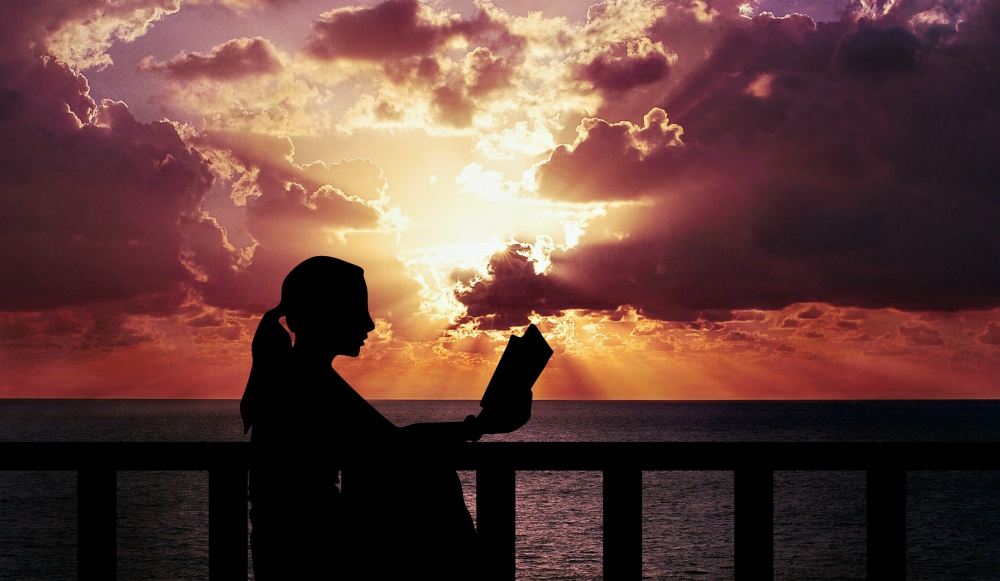 In this time of COVID-19 anxiety, it's important for me to stay connected to an inner well of energy. Sometimes, it's challenging.

I was on my way to a time of solitude looking forward to the quiet. As I packed and finished last-minute business there was a sense of frenetic fogginess. It registered when I realized I was brushing my teeth with Ben-Gay! Yikes ... get real!

Upon arrival and after unpacking I was sitting with a cup of tea and opened my People's Companion to the Breviary Thursday evening prayer. As I prayed the opening antiphon, "You are the salt of the earth: you are the light of the world," I laughed out loud! You've got to be kidding, I mused to God.

Eventually, praying the "Office" led me to a source of strength, a centered place, reminding me of who I am in the body of Christ. Believing this word of God caused me to reflect on what a gift the inclusive Companion has been to the church. I realize it has been foundational to my fidelity in religious life.

Remembering this incident reminds me of the Carmelite Sisters (originally of Indianapolis) who recognized who we are as women in the church, claiming our place in history. Their story and decision to rewrite an inclusive Companion has meant much to me as well as to many others.

This Carmelite Community co-authored, as a community, what eventually evolved into the People's Companion to the Breviary, 1997. In it they changed the rules of using only male pronouns, and they included women as members of the Catholic Church and beyond.

I asked my Carmelite friends if they would share some of the background that led to them writing and publishing this "bestseller." More than 100,000 copies have been sold since the second printing in 1997. Prior to 1997, it had appeared as Supplements to the Breviary in various editions.

As we sat together in their community room recently, I took notes as I listened to their animated conversations. They said that the desire for an inclusive companion to the breviary was initiated when newer members of their Carmelite community asked to change the sexist language in the Office books they were using.

As they honored this request, they created small inserts with changes that eventually evolved into completely rewriting the People's Companion, careful not to suggest this was a substitute for the breviary. It was meant simply as a "companion" to whatever Office book was in use.

Thus, what began as an "in-house" solution to their difficulties with language soon led others to request copies.

Carmelite Sr. Jean Alice McGoff affirmed that there was no risk in doing this since in the late 1970s and early 1980s, this insertion of changes was becoming commonplace in some religious communities.

At the same time, an Oldenburg Franciscan, Teresa Boersig, transferred to the Carmelites and brought her many years of teaching math at Marian University. She wanted to live a more contemplative life and was attracted to the spirit of the Carmelite Sisters. In 1976, at the time of her transfer, she brought with her a desire to help the community engage in a new way of supporting themselves financially, other than by simply baking altar breads.

They were already typesetting books as a form of income. They worked with Cistercian Publications and eventually Seabury Press. This evolved into Crossroad Publishing Company; they also worked for Carmelite Studies.

Members shared responsibilities for proofreading and other tasks, taking great care to protect their solitude and at the same time raise awareness of the importance of including both the language and lives of women who had created new possibilities through their service throughout the world.

Typesetting soon gave way to computers, which they eventually purchased hoping to provide more income to support those entering Carmel.

At this time, a Daughter of Charity transferred to the community; Sr. Joanne Dewald brought with her a good business model that helped the community put its publishing efforts on a sound financial basis.

Eventually, more requests came from guests and others who had heard of their inclusive translation. The writings of Mary Daly and Rosemary Radford Ruether inspired them as they discussed their books.

As their feminist awareness and community consensus deepened, they decided to publish their Companion, earlier called Supplements; Teresa wrote all four weeks under her name, as 500 books were printed. Then they got their first order of 100, and decided to put the authorship as the Carmelite Community of Indianapolis.

They had difficulty getting permission to use a translation of Scripture. They asked the World Council of Churches if they could revise the text of the Revised Standard Version, and the council welcomed the Carmelite initiative to make Scripture more accessible. This fit into the council's priority to promote the use of Scripture.

Simultaneously, the Catholic Church was struggling to find a common translation for the Church in English-speaking nations, as the International Commission on English Liturgy or ICEL. This translation was not finalized until 1998.

Carmelite Sr. Betty Meluch expanded the Companion to include all 34 Sundays in the liturgical year. Teresa visited book fairs, learning about publicity, identifying and meeting a market that was asking for their work.

After attempting to work with Paulist Press, they decided to self-publish. Working with a local printer who prospered from their business, they put all four weeks together into the People's Companion to the Breviary.

Their decision to be low-key about what they were doing was an important part of their success. The original book was primarily something for their community and once the clientele from beyond Carmel began requesting copies, it was the Spirit meeting a need through their efforts.

Requests came from all over the world, including China. Other Christians as well as feminist groups seeking to read Scripture in a way that honored their inclusion also purchased their books.

Yes, sometimes a small beginning, a simple gesture changes how we look at something. In 2020, the Companion concludes with more than 20 years of expressing a woman's voice in salvation history. And it has reminded me of who I am.