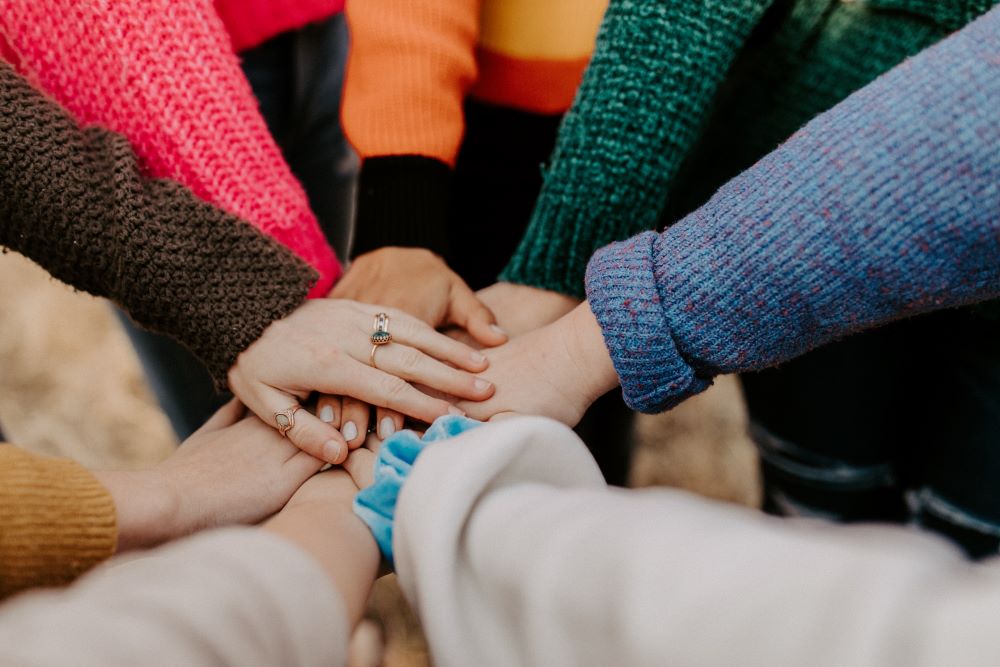 I have spent the last few weeks moving to a new house in Terre Haute, Indiana, the nearest city to my congregation's motherhouse. Two sisters and I now live in a recently updated historic house surrounded both by beautiful historic houses and by houses that appear to be falling apart.

You see, Terre Haute is very much a post-industrial city, victim to the loss of manufacturing jobs and the hollowing out of the middle class by policy decisions since the 1980s that have drastically favored the already wealthy at the expense of poor and middle-class families.

In my day job, I work in the world of federal policy, so I know this. I can identify many policies that contribute to this reality. I can tell you about how dog whistles have convinced many hurting white people to vote against their own interests by painting people of color — especially Black people and immigrants — as the problem. I could talk to you about how we must come together to address racism in order to solve economic inequality precisely because the ultra-wealthy's only tool is to divide us against each other — if we come together to ensure that our economy works for all of us, we have the numbers to win.

But I'm becoming aware that for the last several years, I've been separated from people who think differently than me. And I don't see the daily pain of so many communities in an intimate way. No matter how we work to bring in the voices of impacted community members or train our team members, advocates and supporters to engage in effective transformative conversations, we live and work surrounded by people who do work in the halls of power and who do think like us.

We all have the power in our own little circles to engage in hard conversations and contribute to the building of the world that we want to see.

About a year ago, I moved back to Indiana from Washington, D.C., where my work for Network Lobby for Catholic Social Justice had taken me. The pandemic opened our eyes to the possibility of remote work for at least some of our teammates, and I took full advantage of it.

I started building relationships with sisters I haven't had the chance to know too well, and with staff members who serve our congregation in a variety of ways. One particular staff member stands out. She works in the kitchen, making sure we have meals to eat. She always has a smile on her face, even when some of the sisters coming through the line are a little grumpy. She goes above and beyond to make sure our sister who is gluten-free has something to eat — and even made gluten-free cupcakes for her, as we were moving out.

And I recently found out that she is the staff member who had to be told last summer that she needed to stop flying the "Let's Go Brandon" flag (code for insulting the current U.S. president) on her truck when it was on campus.

I still intend to invite her to our new house for dinner — and maybe a campfire when it warms up next spring. Partly because this is the work of social transformation and partially because she's a kind and loving person, and I’d like to get to know her better.

Now that I've moved out into the Terre Haute community, one of my greatest hopes is to connect with my new community members — to have conversations with me, personally, not as an organizer for a federal lobby. To hear their concerns and have real, honest conversations with them.

In 2016, Krista Tippett had a conversation with public theologian and civil rights legend Ruby Sales on the "On Being" podcast. Sales asked the question, "Where does it hurt?" and talked about the "spiritual crisis of white America" as the critical need we must address in our time. She said:

What is it that public theology can say to the white person in Massachusetts who's heroin-addicted? I don’t hear anyone speaking to the 45-year-old person in Appalachia who feels like they've been eradicated, because whiteness is so much smaller today than it was yesterday. Because there’s nothing wrong with being European-American; that's not the problem. It's almost like white people don't believe that other white people are worthy of being redeemed.

A key part of this crisis that we have to address is racism, because racism undermines the human dignity of so many of God's beloved people. And we have to admit that racism also blocks the human dignity of white people. As Robert P. Jones said in the April "White Supremacy and American Christianity" event, part of the problem is that white people don't think racism harms us.

Racism tore apart my mostly white family. It contributed to the hollowing out of the white middle class because certain politicians have spent decades using coded racial appeals to convince voters that government is a problem — despite the fact that the New Deal and the GI Bill basically created the white middle class and the thriving society we saw (among white families) through the 1950s and early 1960s.

I live in a predominantly white area. My work in this physical space is to help white people see how certain politicians have used racism strategically to divide us and tear down our thriving middle class. My work, where I live, is to build cross-racial solidarity so that we can build a world where all can thrive.

Laura Peralta-Schulte, Network's senior director of public policy and government relations, frequently points out that Washington is reactive and that the real power is in the districts. Those of us who live far from Washington may not get to walk the halls of the Capitol and visit powerful people on a daily basis, but you and I have the power to change our society in significant ways. It's the hard work of transformative conversations. It's knocking on your neighbor's door and talking to them face-to-face. It’s building beloved community and cross-racial solidarity through hard conversations grounded in authentic relationships. This is truly where the power is, as unglamorous as it seems.

We may not even have the full results of the 2022 election cycle, but 2024 is fast approaching. We all have the power in our own little circles to engage in hard conversations and contribute to the building of the world that we want to see.

Will you answer the call?