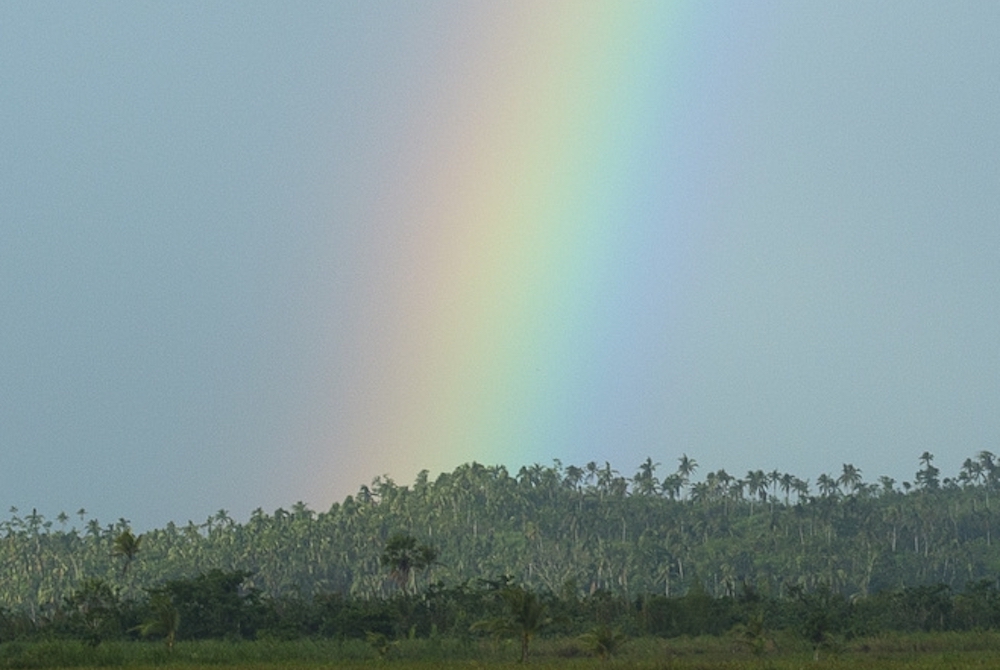 Mercy Sr. Janet Rozzano discovered she was a lesbian gradually.

During the 1960s and '70s, she became emotionally close with several women, describing her feelings in journal entries filled with both fear and joy, as she wrote in an essay published in Love Tenderly: Sacred Stories of Lesbian and Queer Religious, a new anthology available Dec. 15 from New Ways Ministry.

When she gathered the courage to come out, other women in her community supported her, Rozzano told Global Sisters Report. Soon, she became an advocate for other LGBTQ Catholics.

"I came to see my telling people — coming out to them — as a ministry in itself," Rozzano said.

Her impact reached fellow Sisters of Mercy, including Sr. Mary Kay Dobrovolny, who describes herself in the book as "unapologetically and enthusiastically queer."

"She's hugely beloved in my community," Dobrovolny said of Rozzano in an interview with GSR. "That cushioned my coming-out significantly. It's a heck of a lot easier to come out when there are other folks who are very well loved, cherished, respected folks in your congregation."

In the anthology, Dobrovolny and Rozzano, along with nearly two dozen other lesbian and queer religious, share personal essays about their vocations and their journeys of self-acceptance — stories of joy and pain, rejection and love.

Amid the struggles of confronting homophobia and shame, many of the writers express the spiritual freedom they have found in discovering their identities and coming out to others. Some describe this freedom as "integration": the ability to bring their authentic selves to every aspect of their lives. 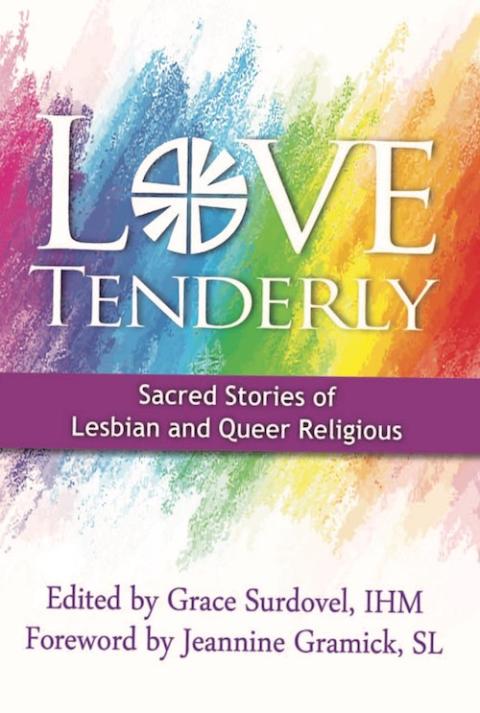 "It's a whole lot of work hiding out from yourself," said another sister, who used the pen name Sister Susan. (Some authors used pen names to protect their privacy.)

One writer, using the pen name Sister Emma, described in her essay an intense prayer encounter where she saw herself standing by the ocean with Jesus. She told Jesus she was a lesbian. Sister Emma wrote that as she prayed, she saw Jesus come to her and lay his head in her lap. She felt peace wash over her.

"This prayer experience ended with a profound and fundamental healing at the core of myself, freeing me to know in the deepest, truest part of my being that God loves me," Sister Emma wrote. "Yes, God truly delights in me as lesbian!"

Sr. Grace Surdovel of the Sisters, Servants of the Immaculate Heart of Mary edited the book with assistance from Immaculate Heart of Mary Sr. Fran Fasolka, who helped plan the anthology and recruit sisters to contribute essays. Surdovel wrote in the acknowledgements that the book is the culmination of 25 years of dreams and plans by a group of lesbian and queer religious.

She said she hopes the book opens the door to new conversations about sexuality within religious congregations and in the larger church, calling it a "necessary step."

"This book [is] going to facilitate conversations that will impact women, religious communities, their families," Surdovel said. "I think it's going to be very much like the pebble in the pond."

Surdovel and Fasolka, with help from a licensed therapist, wrote reflection questions to help sisters contemplate their personal experiences as LGBTQ religious. Surdovel wrote in the book's acknowledgements that Fasolka reached out to sisters who were part of a group email list she had run since 1995.

The book deals with intense themes. Some of the sisters are survivors of sexual assault, many have experienced painful rejection because of their sexuality, and some struggled with depression and suicidal ideation because they were told being gay was a sin.

"In the stories we read in this book, we see our bruised selves — the places where we were bruised, have been bruised — and come out of that to a place of more integration," Hunyady said.

The book wrestles with the nuances of consecrated celibacy and healthy sexuality, taboo topics among many women religious communities, the contributors told GSR. It also doesn't shy away from the sacrifices some sisters made to enter religious life. Several contributors wrote about leaving behind partners they loved to follow their vocations.

But many of the sisters describe their joy upon discovering their vocations, the meaning and purpose they found in their work as religious, and their sense of community and companionship with women in their communities.

"I love being a sister," Sister Susan said. "I love the energy that I get from [having found myself] and the energy that community has to offer. And the good news is I don't have to choose either one or the other. I can have both."

Loretto Sr. Jeannine Gramick, co-founder of New Ways Ministry, wrote the book's foreword. She said she hopes it helps bring lesbian and queer women religious into the conversation around LGBTQ people in the Catholic Church.

"It is about time that we have, on the public agenda, stories about lesbian sisters," Gramick said.

Contributors who spoke to GSR said the process of writing the book had been healing for many of them. Dobrovolny said for a long time, she'd felt that her voice was silent or "a solo act."

"To hear my voice in communion with [and] to be one among others in this community is something that has been hugely helpful to me in my own journey," she said.

The writers said they hoped the book would help other lesbian and queer religious — and LGBTQ people more generally — become more comfortable in their identities. It's important for people who have been harmed by the Catholic Church to know there's a distinction between the institution and God, Hunyady said.

"God creates us as we are and loves us," she said.

One sister, who used the pen name Sister J.M. Petria, said she contributed because she "wanted to be a reader."

"I really have appreciated the interaction, the verbal sharing of stories," she said. "Just to see what I've struggled with — have others struggled with that?"

The writers also said they want to help heterosexual women religious as well as clergy and laypeople learn how to better support LGBTQ people in their lives.

"As you read these stories, my hope is that your heart will be touched in ways that take you deeper into your own story of loving tenderly," Surdovel wrote in the book's acknowledgements. "May you own, honor, and reverence the story of your life."

[Madeleine Davison is a Bertelsen intern with National Catholic Reporter. Her email address is mdavison@ncronline.org.]