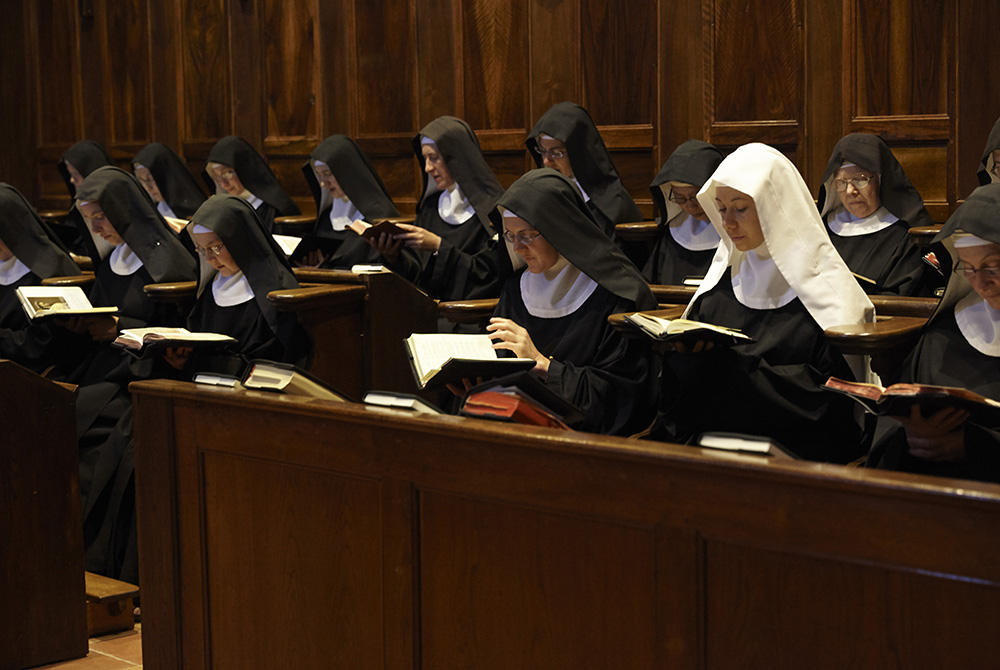 Anyone who enjoys Gregorian music knows what neumes look like: little black squares or diamonds that can be seen today on Gregorian music scores. Centuries ago, it was the basic element used for musical notation before the invention of the five-line staff we know today.

It is appropriate, then, that the biggest recording of Gregorian music ever undertaken was named Neumz.

Imagined and created by an American producer, John Anderson, Neumz is a website and an app that enables anyone to listen to hymns and chants sung by Benedictine nuns from Jouques in the South of France.

The community of 47 Benedictine sisters of the Abbaye Notre-Dame de Fidélité de Jouques in the southern French region of Provence agreed to the project and have been recording all of their offices. 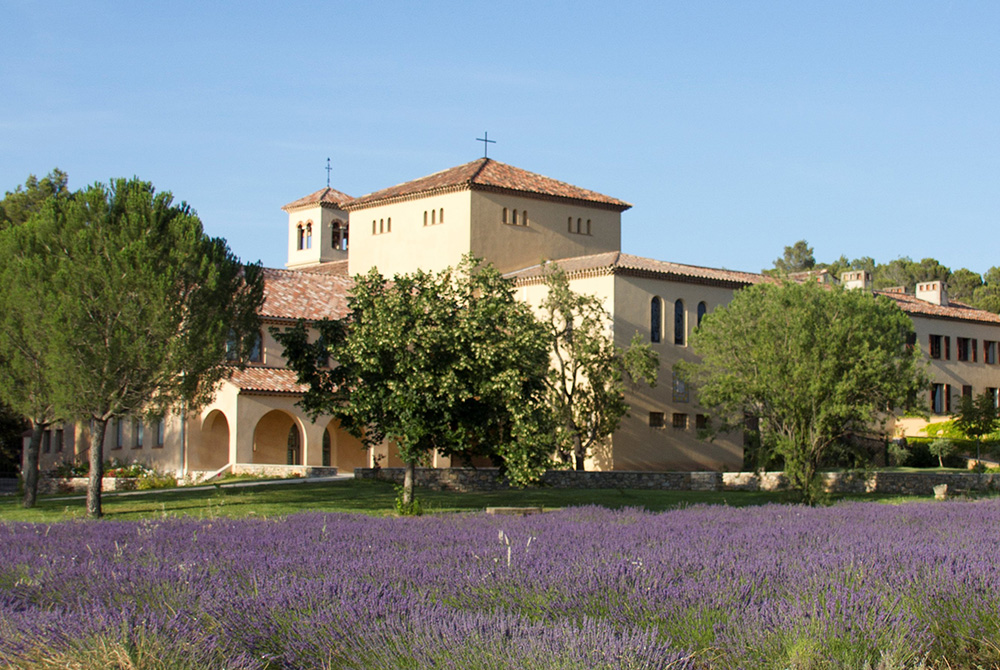 Recording of the entire Gregorian chant repertory for all three years of the liturgical cycle should be completed in the spring of 2022. Recording started during Lent in 2019 on the day of the former feast of St. Benedict, March 21.

According to the Benedictine rule, the Liturgy of the Hours that gives the day its rhythm includes seven prayers:

Every day, Sister Marie Dorothée, who works with the technical team in charge of the project, sends the files she has uploaded to a studio in Italy where Anderson, a sound engineer, remasters them with his team. She is helped in this task by Sister Marie Jean Bosco. 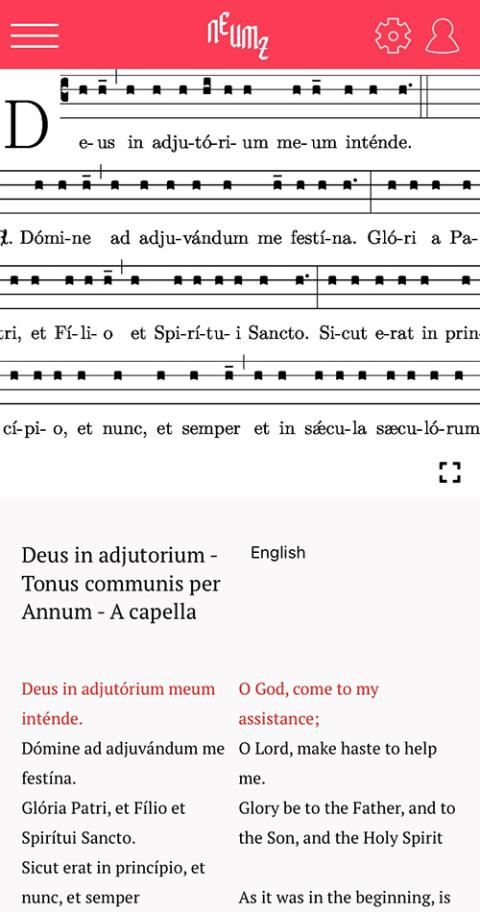 One of the Gregorian chants for lauds on April 16, 2021 (GSR screenshot)

Even though the three-year recording has not been completed yet, it is possible to listen in to some of the offices now. Listeners using the Neumz app on their smartphone can follow the music and the words both in Latin and in English or Spanish translations, and French, German and Italian texts will be available in the future.

Producer Anderson was only a child when he first went to visit his aunt, Sister Dolorès, one the nuns of the community of Jouques. He later became a musician and dreamed of recording the beautiful offices he had become familiar with at the abbey. His aim was to make Gregorian chant better known and available to a wider audience.

"He mentioned the project as early as 2012," said Sister Armelle, a member of the community. "We were not so convinced at first, but in 2018, his plans were more advanced. Technology has changed, too, and after discussing it among ourselves, we agreed to the recording. Technicians installed eight microphones in the church of the abbey, and we only have to turn the recording on and off every day."

The nuns had recorded some Gregorian chants 30 years ago for another music company. This time, the plan was to record the whole repertory, about 7,000 hours of music.

"We are very happy to take part in this project," Sister Armelle said, adding that most of the sisters do not even think about it now when they go to the church for the offices. "People have told us it helps them pray. This is important for us. It is a service we give to others."

Asked if all the sisters, who are between the ages of 27 and 86, are good singers, she replied: "Recently, someone asked to join our community and told us she did not like to sing but was sure her place was with us. Singing is not a criteria to accept someone or not! She is now part of our community."

The "Gregorian" in the chant's name refers to Pope Gregory I (540-604), under whom the church gathered melodies sung as early as the first centuries of Christianity with roots both in Jewish and Greek musical traditions. It became common in monasteries that developed in Europe from the eighth century. It is sung in one voice without instrumental accompaniment and follows the Latin text of the liturgy closely.

Sacrosanctum Concilium, one of the constitutions of the Second Vatican Council, states that Gregorian chant is "specially suited to the Roman liturgy: therefore, other things being equal, it should be given pride of place in liturgical services."

But because the council also promoted a more modern liturgy with the use of the vernacular instead of Latin for several prayers, "other kinds of sacred music, especially polyphony, are by no means excluded from liturgical celebrations, so long as they accord with the spirit of the liturgical action."

The Neumz app provides some of the offices free of charge, and some will remain free once the project is finished. Odradek Records, the nonprofit producing company that initiated the project, will charge subscribers to have access to part of or the whole repertoire.

The community of Notre Dame de Fidélité will receive two-thirds of the funds generated by this project.

The Rule of St. Benedict asks every community to be financially autonomous. Benedictines are contemplative nuns, an order where prayer is essential, along with daily work. 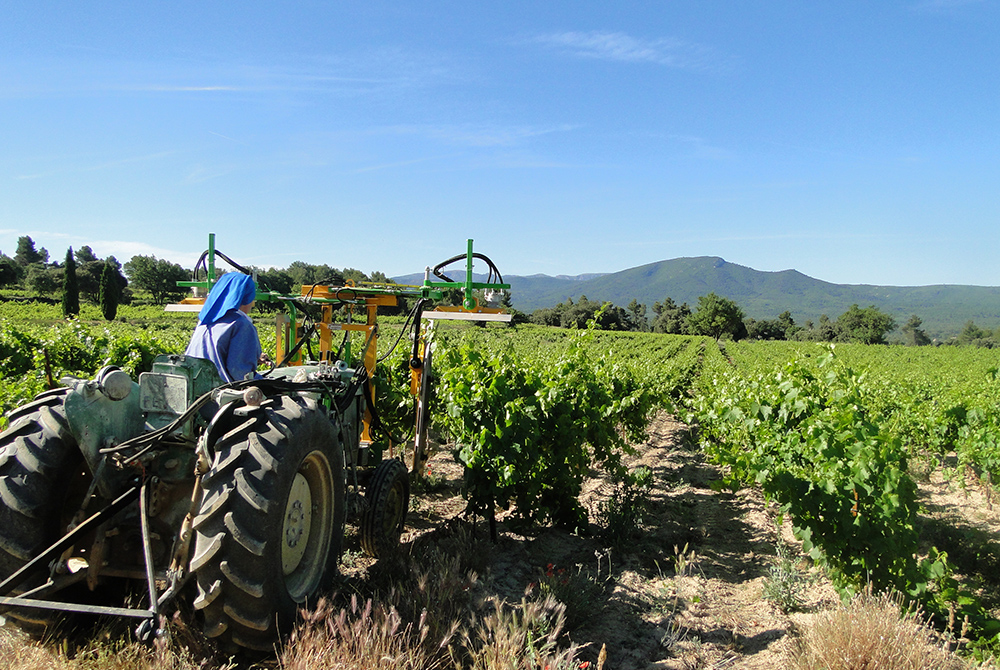 In Jouques, the sisters sell some of the products they grow on the premises, including olives and fruit. They also own a large vineyard and produce several types of wine sold by a company that collects monastery products and sells them all over France and the world. They also get some revenue from visitors who come for retreats, an activity that had to be put on hold because of the COVID-19 pandemic.

The Priory of the Benedictines of the Blessed Sacrament was founded in Paris in 1816 by Mother Marie-Joseph de la Miséricorde. Sisters from this community settled in 1967 in what was then an abandoned farm in Jouques, an hour north of Marseille. The farmhouse became the lodgings of the 16 nuns who started the first community of Notre Dame de Fidélité. The community expanded quickly, allowing them to build a church that was completed in 1969. It officially became an abbey in 1981.

As the community grew bigger, it founded the Abbaye Notre-Dame de Miséricorde in Rosans in the Alps in 1991 and then the Monastery of Notre-Dame de l'Écoute in the north of Benin in west Africa, in 2005.