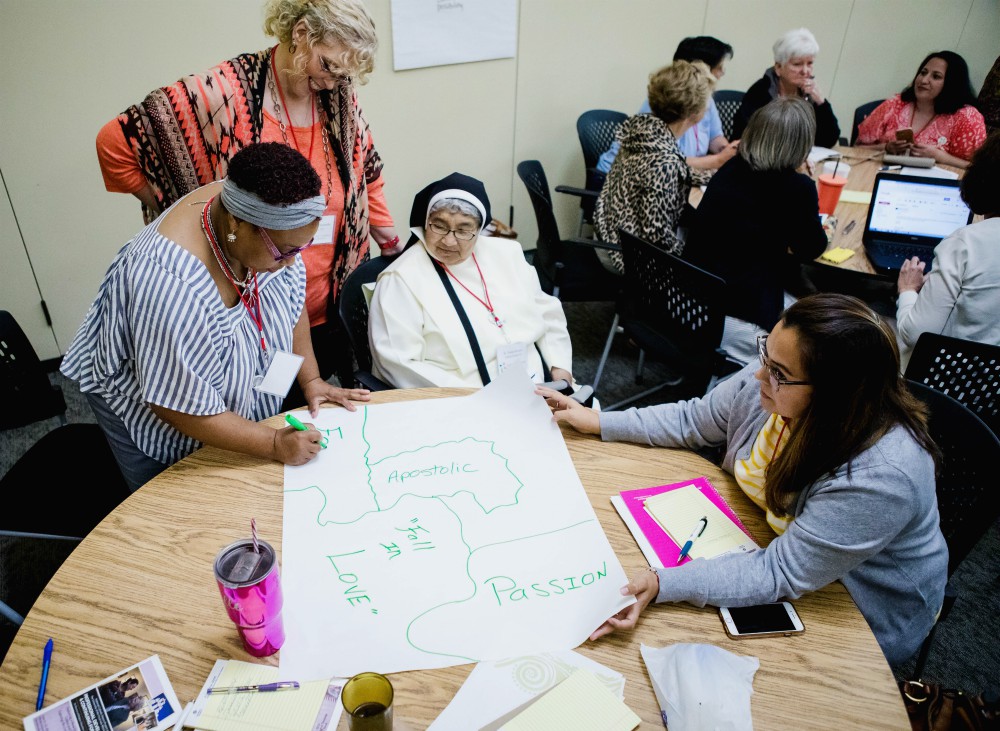 Participants work on a poster at a curriculum workshop for Called and Consecrated in 2018 at the Oblate School of Theology in San Antonio. The curriculum teaches middle and high schoolers about the Catholic faith through the lives of women religious. (Courtesy of Chris Stokes)

Catholic educators and catechists have a new resource for teaching about the Catholic faith using a curriculum based on the lives of women religious.

Called and Consecrated was announced in 2017, when it began as a pilot program in 10 dioceses. Now, the free curriculum is complete in both English and Spanish and ready for a national rollout, awaiting only the official letter from San Antonio Archbishop Gustavo García-Siller giving his imprimatur to the materials.

The curriculum features eight units for both middle and high school religion classes, plus professional development for teachers and catechists.

And while the series teaches the faith based on the lives of sisters, it's not a vocation curriculum.

"The themes are broad enough to encompass all of the Christian life," said Immaculate Heart of Mary Sr. Ann Oestreich, the national coordinator for the National Catholic Sisters Project, which sponsored the effort. "It showcases sisters as one group of people who have made this their life's work." 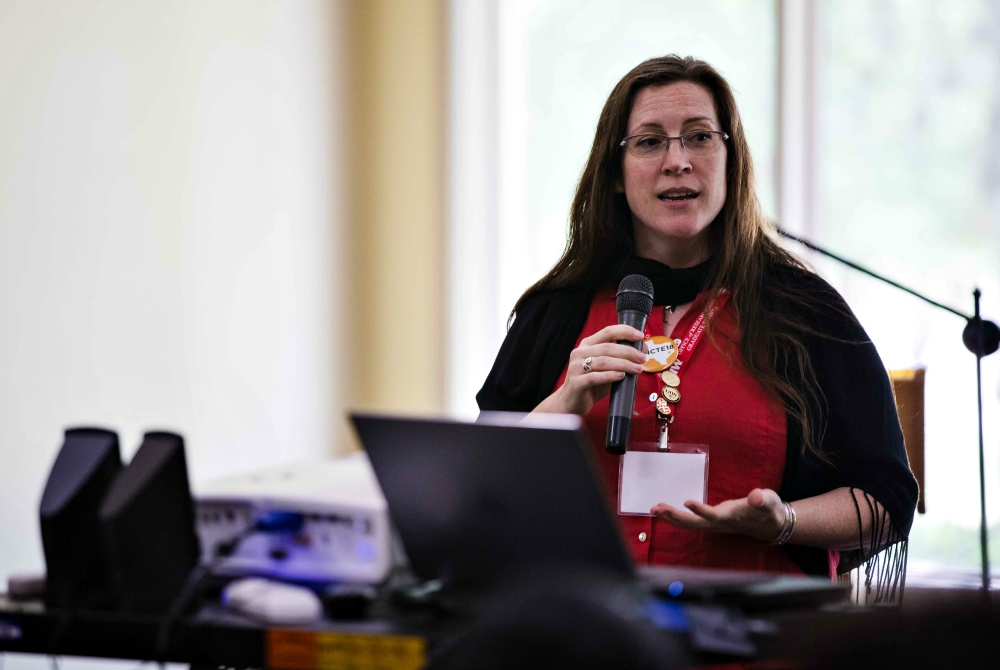 Ann David gives a presentation at a curriculum workshop for Called and Consecrated in 2018 at the Oblate School of Theology in San Antonio. (Courtesy of Chris Stokes)

The Called and Consecrated curriculum was developed by a team at the University of the Incarnate Word in San Antonio, led by Ann David.

"The team and I designed this for a lot of different people to use in ways that work for them," David said. "A middle school teacher could use these eight units start to finish ... and it aligns with what teachers are expected to do in their religion classes anyway."

Each unit has original video content, and many link to Global Sisters Report stories about sisters or columns written by sisters.

"Our pride and joy are the videos," David said. "It's hard to find really high-quality content online, and it's also hard to find sisters talking about their work. So this is a real resource."

It's also a way for students to encounter sisters, Oestreich said. Unlike previous decades, when children in Catholic schools were taught largely or at least in part by sisters, students now have little or no exposure to them, meaning their perceptions of religious life are based on stereotypes perpetuated by movies and television. Called and Consecrated is aimed at replacing those perceptions with reality.

"Instead of stories that don't mention sisters, or only mention them in passing, these are sisters sharing their stories and work," David said.

And it helps the educators, as well.

"It's very responsive to the needs of educators and catechists — they're underserved in terms of professional development," Oestreich said. "They've paid attention to putting in teacher notes, pre-lesson materials, post-lesson materials — it blew my mind." 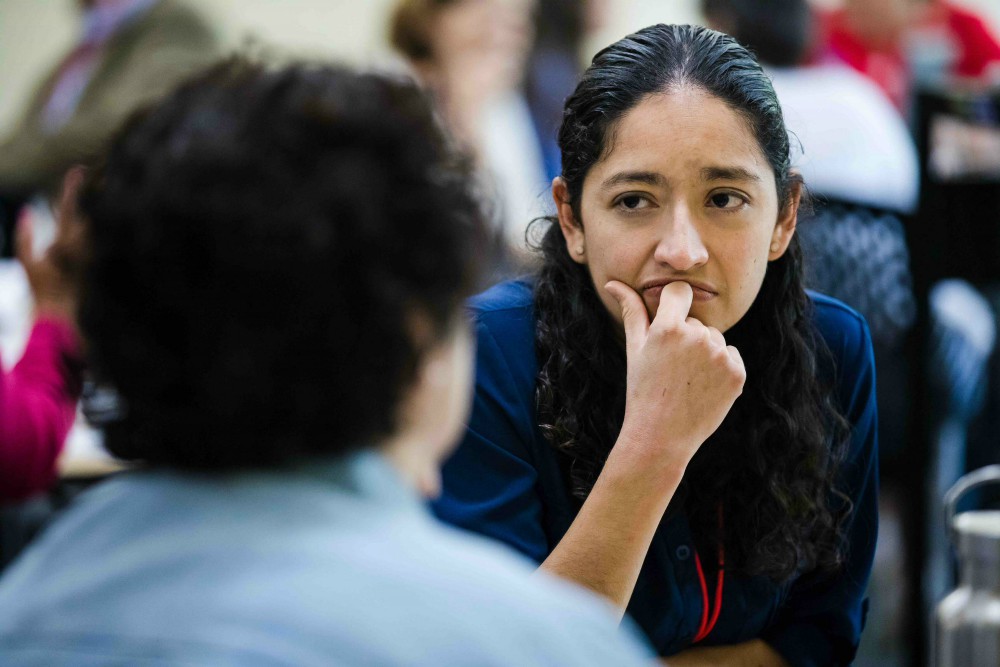 The curriculum features an original hymn written for the program by Chris de Silva, and prayer.

"Every unit opens with prayer, there is some silent time, and it invites them deeper into the liturgical life of the church," Oestreich said. "So there's personal prayer, communal prayer and liturgical prayer highlighted."

The different forms of sisters' prayer lives are also featured. The unit on how sisters pray features examples of both apostolic and contemplative communities. "Certainly, we look at sisters out in the world, but also nuns who are cloistered," David said. "Students likely have no or very little experience with cloistered nuns, and it shows how cloistered nuns are prophetic."

David said the Called and Consecrated curriculum content is available on the website, with only the professional development unit yet to be published, which should be online by the end of October.

The team did a lot of work to align the curriculum with the standards and benchmarks for Catholic schools, and made sure it works on any internet device.

"It even works really well on phones — catechists leading a youth group don't have a bank of computers they can use," David said.