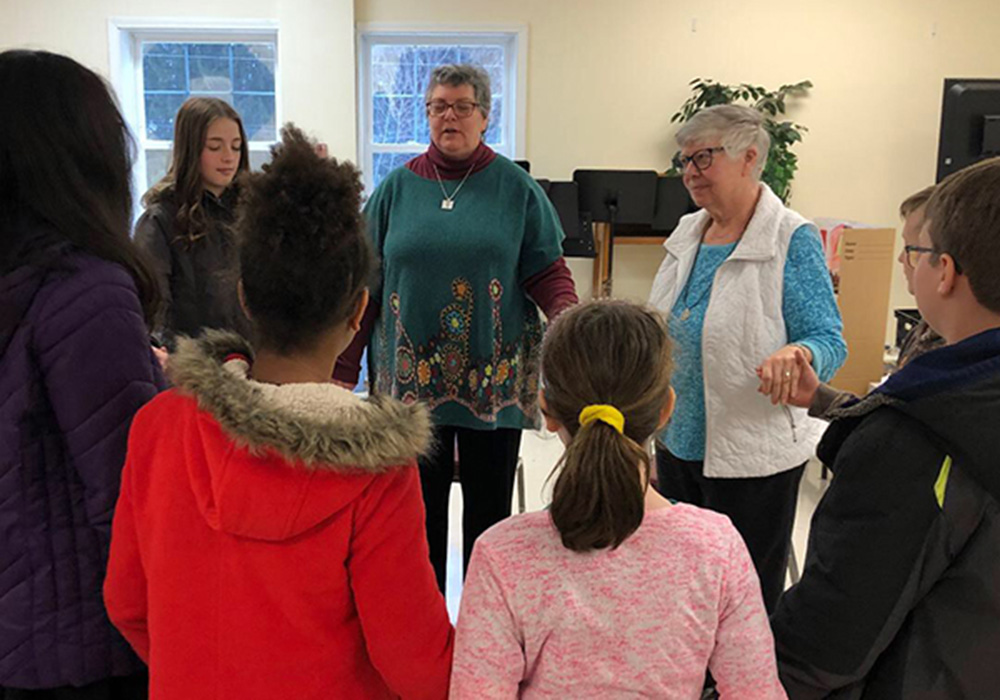 A national initiative to give 1,000 sisters $1,000 each to help those hit hardest by the COVID-19 pandemic had its start with just one congregation: the Sisters of Mercy of the Americas.

That pilot program grew into another headed by the Sisters of Charity Foundation of Cleveland and eventually the national program, which was announced June 22.

Mercy Sr. Tina Geiger, a recipient of one of the first grants, knows one unexpected bill or one missed paycheck can change everything for a family. She sees it happen all the time.

So when the pandemic began sweeping across the United States, her economically depressed area seemed to have a bullseye painted on it.

Geiger and Erie Benedictine Sr. Marian Wehler run Catholic Rural Ministry in Oil City, Pennsylvania, a town that saw its fortunes rise with the start of the oil industry in 1859 — the world's first commercial oil well is 16 miles away — and fall dramatically as the oil industry moved to Texas in the early 1900s. The area didn't recover.

"I call it an economic ghost town," Geiger said. "None of the people had jobs. They were left behind after the boom and had to live with the bust." 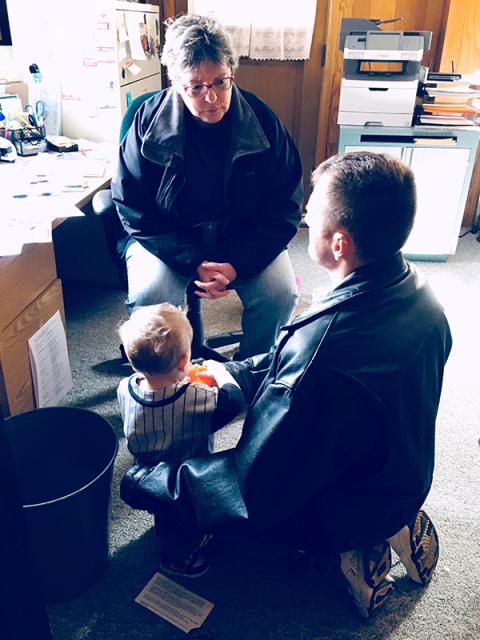 When COVID-19 hit, "in Pennsylvania, the governor said, 'Everything closes except essential services,' " Geiger said. "So pretty much anyone who was working, they weren't working now. And if you were looking for a job, nobody was hiring."

But then Catholic Rural Ministry received $1,000 to help those the pandemic most affected.

The money came from a pilot program called Sisters on the Frontlines, a partnership between FADICA, the GHR Foundation and the Sisters of Mercy that aimed to give $1,000 to 1,000 Mercy Sisters working with those the pandemic hit hard. Since the pilot program began in early April, it has issued 139 grants. 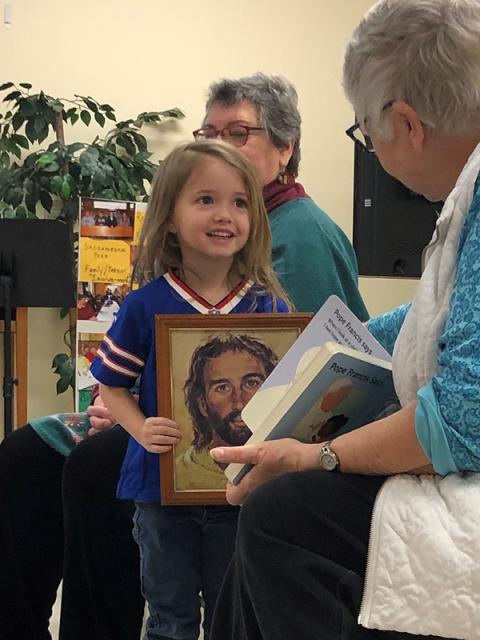 Those projects grew into the national Sisters on the Frontlines project, administered by Catholic Extension, which plans to give another 1,000 sisters $1,000 each to help an individual or family suffering because of the pandemic. The program was to begin sending the grants in the last week of June.

The alliance includes the Conrad N. Hilton Fund for Sisters, FADICA, GHR Foundation, the Raskob Foundation for Catholic Activities, Sisters of Charity Foundation of Cleveland and Sisters of Mercy of the Americas.

One man needed car insurance, and two families needed their cars repaired. Without a way to get to work, those workers would have lost their much-needed jobs.

"There is absolutely no public transportation" in the area, Geiger said.

Catholic Rural Ministry also gave money to a local family with six children: The husband had been laid off because of the pandemic, and the restaurant where the wife waitressed closed. They needed help with their water bill and their rent.

Geiger said the $1,000 grants may seem small in the grand scheme of things, but they have an outsized impact.

"It made a big difference to the guy who needed car insurance, to the people who needed car repairs, and to that family," Geiger said. "That was a blessing, an absolute blessing."

When the pandemic hit Providence, Rhode Island, Sr. Christine Kavanagh watched everything go haywire. Kavanagh, also a Sister of Mercy, is executive director of ReFocus, which provides services for individuals with intellectual and developmental disabilities.

The nonprofit has 14 group homes in Rhode Island, three of which had clients or staff with COVID-19. One home had to be closed after two of its four residents died from the disease.

"It had a staff of 20, but only five were working," Kavanagh said. One ReFocus staff member who was infected later died.

"Then the Mercy grant came in," Kavanagh said. "It was very hard to figure out how to use it because there was so much need. You could have used a hundred times that amount of money."

But after much prayer and discernment, she chose two recipients.

One, she said, was a staffer living out of his car. Then, he was in an accident, and the car was wrecked. He was able to use extra money he earned from working in group homes where there were COVID-19 infections to get an apartment, but he had no transportation to work. Kavanagh gave him $500 for a used car.

Another staffer's apartment caught fire, and he lost everything. He got the other $500.

Kavanagh said she especially appreciated that the Mercy Sisters were willing to give the grant even though ReFocus is a private nonprofit.

"Everyone got a fair shake," she said. "It was really a wonderful, wonderful thing."

Margaret Eigsti, senior program officer at the Sisters of Charity Foundation of Cleveland, said its pilot program has been "really exciting" to work on.

"Many [sisters] already have great connections and trusted relationships with people who are struggling," Eigsti said. "It enables sisters to do what they're best at."