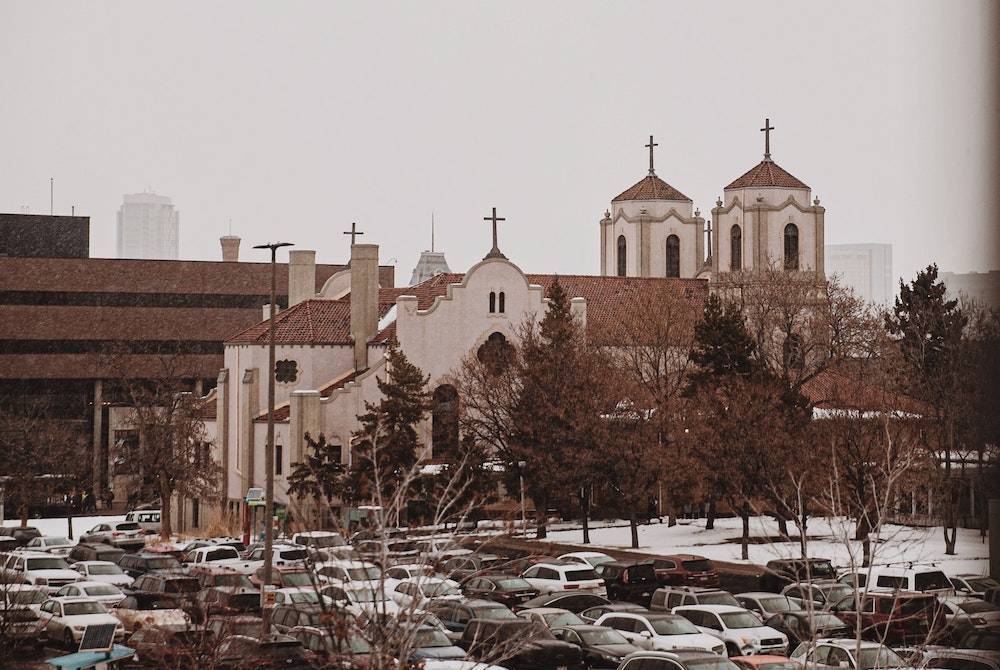 Easter Sunday, I pulled into the parking lot of a local parish, hopeful that I would be able to join the congregation to celebrate the joy of Easter morning. Turning into the lot, I was met by a sight that was both eerily familiar and yet utterly out of place: a parking lot filled with cars.

Not since before the pandemic started had I seen the lot so full. My heart sank. The sparsely filled lot that had greeted me each week throughout Lent had seemly been restored to its former glory in little more than a week's time. With only a few empty parking spots remaining, I knew that I would not be joining the crowd inside to celebrate.

I had feared as much the week before, when sisters I live with reported back about the size of the congregation at the vigil Mass they'd attended for Palm Sunday. Hearing about people lining the walls of the church, I'd told myself that people love palms and, hopefully, Easter might prompt lighter attendance.

As an unvaccinated individual, I thought it was probably best to watch Palm Sunday Mass from home, while holding out hope that the Easter Triduum would offer the opportunity to once again join the community in person. Holy Thursday and Good Friday, I did just that, joining church communities in-person to commemorate these most sacred nights.

As we moved through the days, hope was enkindled in me. After watching the Easter Vigil online Saturday night with my local community, a sneaking sense of joy began to rise within me — and I held out hope for the promise of Sunday morning.

Looking at the cars in the parking lot Easter morning, though, my hopes were dashed. I was happy that so many people had come to celebrate the Resurrection. I could imagine the singing within the church, the sweet smell of flowers filling the air. I also knew I would not be able to join them out of fear of being too close during this precarious time. I felt sorry for a moment: a twinge of sorrow within me as hope ebbed again in the long year of pandemic.

Returning home, I set my computer up to watch the liturgy online. I wish I could say that I had a transcendent moment of joy in front of that screen or that the joy I had imagined was complete and as sweet as I'd so desired it to be, but that didn't happen. I celebrated in a quiet room, singing the alleluia by myself. Fidgeting in my seat, I made myself focus on the screen, pushing through the feelings of disappointment I was holding. All I really wanted to do was move on and get involved in anything other than what I was feeling.

As much as I wanted to avoid my feelings of that moment, my prayer in the days since has returned me to those feelings time and again. There in that quiet room, there was uncomfortable hope and disappointment, held in a delicate balance, pregnant with possibility if only I could engage it.

Listening to Easter stories these days, I am struck by the delicate balance of emotions contained within those days following the Crucifixion. Fear is coupled with hope. Sorrow walks hand-in-hand with promise. Disappointment and disbelief pivot within the spirits of those engaged in the story.

I know my own experience is far from that of the disciples. I missed being at liturgy; I missed the feeling of jubilation that has become familiar over the years. Yet, reading the stories of the Resurrection this Easter, I have been struck by the emotions of the disciples. What is so often portrayed as a crystal-clear experience of joy, of pure and precise revelation, is, upon further examination, not nearly as clear as one might hope. Those familiar feelings I was missing were, in fact, absent in those first days following Jesus' death.

In a year so fraught with fear, it would be hard not to recognize the central role that fear plays in the Easter story. The disciples were afraid. They had watched everything fall apart; they had witnessed their friend and teacher be beaten and killed; they had hidden away, uncertain that their own lives were safe, let alone that life would ever be the same again.

Fear is what caused Peter and John to run to the tomb. Fear that what had already gone wrong could possibly have gotten worse. Jesus had died, and now, his body was missing. They saw he was gone and believed it to be true but didn't understand. They left the tomb not consoled but confused, and with hearts heavier than before.

With the same heavy heart, Mary Magdalen stayed at the tomb and wept. Distraught and desperate, she pleaded with the gardener for some sort of answer, some clarity in confusion. The response she receives is surprising and at the sound of her name, she sees the resurrected Christ before her. There, in the depths of her despair, new hope was found. This is the message she brings to the disciples, a hope of new life to imbue their fear and grief with the promise of potential joy.

In this Easter season, we witness the transformation of these emotions in the disciples. Fear does not vanish, but it is changed. In time, the heavy hearts of the disciples become lighter with hope. Fear becomes courage, and rather than hiding, they go forth in faith.

We can hope the same for ourselves in this Easter season. Hope is on the horizon. With vaccinations on the rise, soon we will be together again, reunited and rejoicing. Just like the Resurrection and the Easter experience, the transformation that awaits us will take time. We have seen and experienced much in the last year to inspire fear, sow doubt, and reveal injustice, suffering and violence in our world. 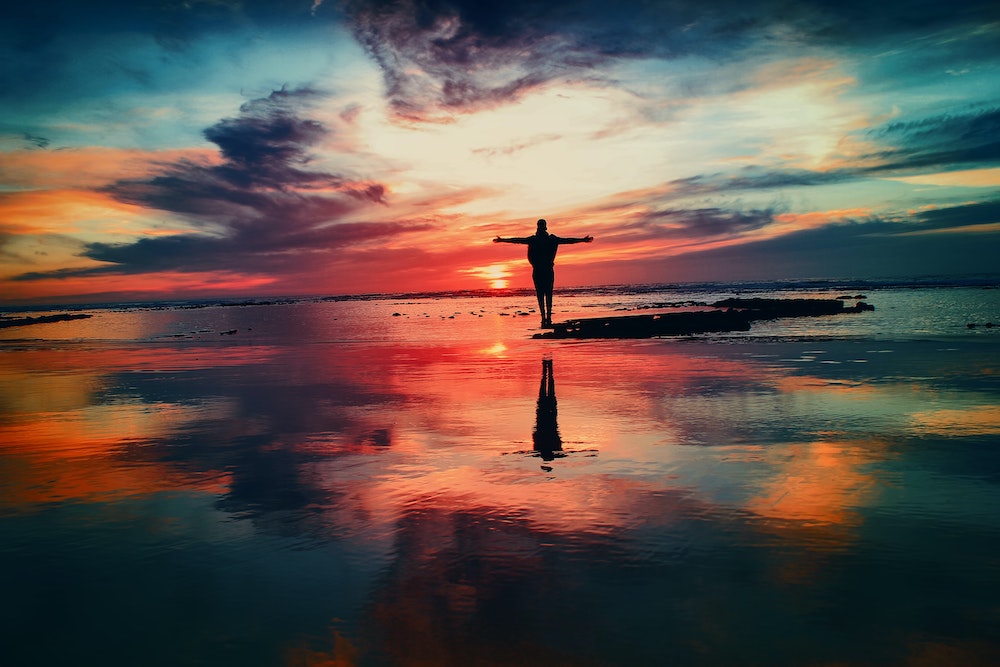 Easter joy does not erase suffering. In fact, to live into the Easter season is to embrace fear and sorrow, betrayal and misunderstanding, suffering and death, and to allow it all to transform our lives in Christ. (Unsplash/Mohamed Nohassi)

Because of these experiences, we know the sting of death and we can be attentive for the disconcerting signs of resurrection and the flurry of emotions it brings. New life requires engagement; it makes us run to the tomb and witness to the grace and grit hidden in its emptiness. In the words of Justin McRoberts, "Maybe resurrection is most readily available to those most acquainted with death; who don't need to see the scars in Jesus' hands or side, but need to see and touch and remember and believe our own."

Easter joy does not erase suffering. In fact, to live into the Easter season is to embrace fear and sorrow, betrayal and misunderstanding, suffering and death, and to allow it all to transform our lives in Christ. Threatened by resurrection, we will and must rise again, making meaning by our being alive and awake in our world.

In the extraordinary and the mundane, this is our call, to be with God there: in the emptiness and sorrow, in parking lots filling up with anticipation and in anxious stirrings and returns to "normal" life. We must recognize that life now is not the same but resurrected. It is a new dawn filled with promise (and a whole host of emotions) that if we have courage enough to engage might evoke from us a simple chorus of alleluia.