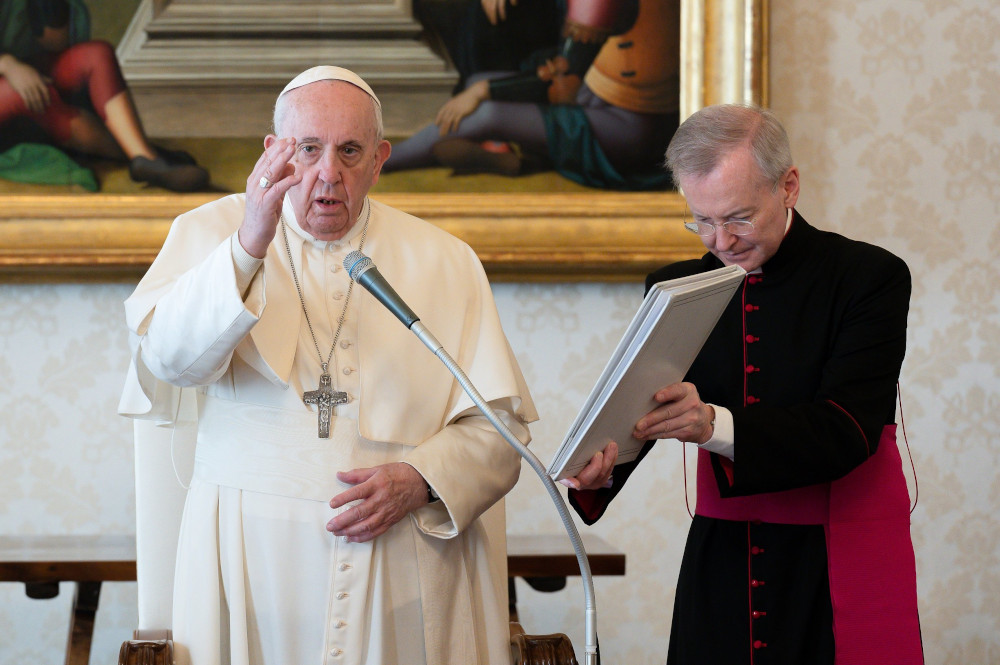 Pope Francis delivers his blessing as he leads his general audience in the library of the Apostolic Palace at the Vatican March 17, 2021. (CNS/Vatican Media)

Less than a month after he recognized the "heroic virtues" of three Italian women religious who died caring for Ebola patients in Congo, Pope Francis did the same for three others who also contracted the disease and died in 1995.

The six members of the Congregation of the Sisters of the Poor were among the more than 250 victims of the Ebola outbreak in Kikwit, Congo, in 1995. All six sisters contracted Ebola while caring for others suffering from the virus.

At a meeting March 17 with Cardinal Marcello Semeraro, prefect of the Congregation for Saints' Causes, the pope formally recognized that the other three sisters also lived the Christian virtues to a heroic degree. A miracle attributed to their intercession would be needed for their beatification.

The six sisters, natives of northern Italy, are buried near the cathedral in Kikwit as a sign of their service and devotion to the local people.

The three decrees signed by the pope in March concern: