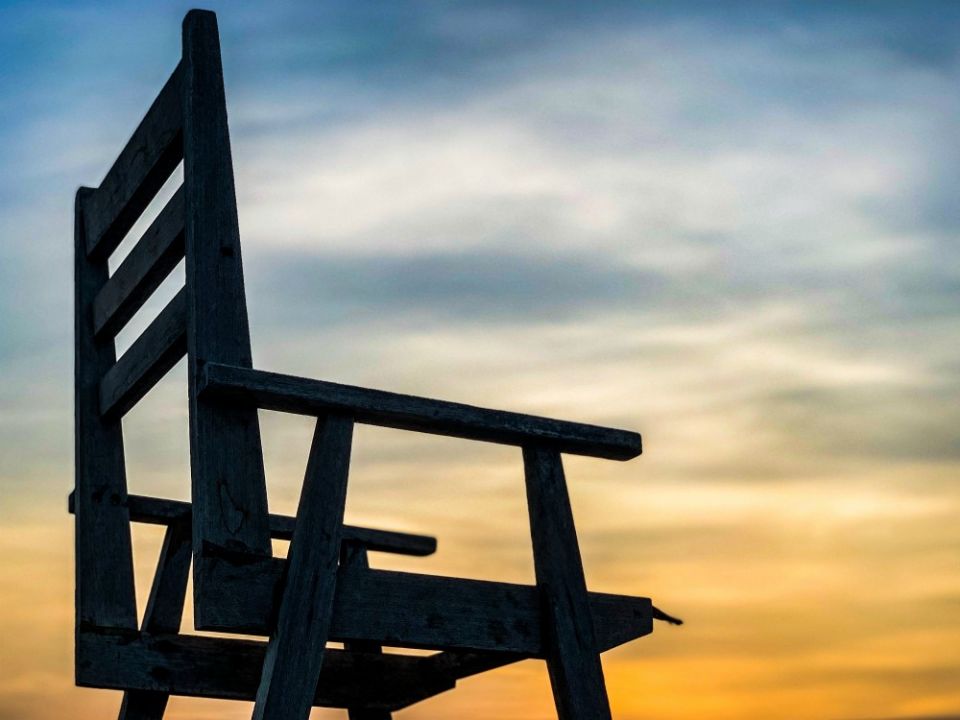 Since turning age 90 on Feb. 4, 2019, I have found myself often wondering about what it means to age gracefully. My imagination conjures up the image of a senior sitting in a rocking chair on a sunlit porch. She seems content and relaxed. What makes her so? Is contentment possible with all the losses that follow on old age? Maybe she is just worn out and giving up. Maybe she is worn out from meeting each day's challenge with a determined smile. Outwardly, she appears happy; but inwardly?

Each of the world religions tells us something about the meaning of life and death. What does the Catholic Church tell us about death and dying and aging gracefully?

Genesis 3 tells us that death is the result of Adam and Eve's disobedience to God's command not to eat the fruit of the tree in the middle of the garden. In the Nicene Creed, we profess belief in the one Lord Jesus Christ, the Son of God, who came for us and our salvation by his incarnation, who died and rose.

What is related in Genesis and recited in the creed is the revealed basis for the theology of atonement, for making us one again with God. While holding fast to the beliefs stated in the creed, I do have a problem with the Genesis account of history.

As I rock in my rocking chair, my mind wanders back to a high school religion class. I recall asking the priest who was teaching us a question that went something like this: "How can what Genesis relates about a beginning paradise, the Garden of Eden, and the inheritance of sin from the first man, Adam, be reconciled with evolution?"

The priest never gave me an explanation. He responded that this was the question being asked at the local university, which he said was promoting atheism — that university being the one I attended directly after graduation!

I only learned the answer to my question some 60 years later through my study of Pierre Teilhard de Chardin.

Teilhard de Chardin spoke to me because of his love of Jesus Christ, so evident in all his writings. The God-given gift of faith in the Incarnation, the Eucharist and the Mass sustained him throughout his life, and I hope it will provide me with courage through the storms of dying.

In all of his major writing (e.g., The Phenomenon of Man or Christianity and Evolution), Teilhard de Chardin saw that it was possible to understand death and dying as being associated with the unfinished nature of created being.

Science tells us that the universe came into existence about 13.8 billion years ago; our world that supports life came to be about 4.6 billion years ago. Since then life has evolved into more complex and differentiated forms, from plant to animal to Homo sapiens, who, as Julian Huxley says in his introduction to Teilhard's The Phenomenon of Man, is evolution "become conscious of itself."

We humans are able to ask questions and reflect about the meaning of life. We humans, unfinished beings as we are, hunger for more, grope our way toward the good, and attempt to develop the moral behavior that attains it. Sin, individually and communally, is one result of our groping.

Trusting life in its ascent toward fullness supports reason's belief that life is good. This is the natural ground that prepares for the gift of faith, for the exploration and acceptance of revelation.

Stephen Colbert, in his interview with Anderson Cooper on CNN, spoke about not allowing the "bad" in life to overshadow the "good." The early death of his father when Colbert was a child was traumatic for the family. Pointing to the example of his mother, he said, "We’re asked to accept the world that God gives us. And to accept it with love. ... Because what is the option?" Not to risk love is to despair.

Christ, the Word, through whom all things were created, became man to companion us, to teach us, and to draw us to himself in love. On the cross, love invites us with outstretched arms. His prayer to the Father in John 17 was not only for the apostles but for all who believe in their word that "all may be one, as you, Father, are in me, and I in you, that all may be one in us."

Jesus also promises that when he goes, he will send the Paraclete. Among the fruits of the Holy Spirit are joy, to be joyful even in times of diminishment and loss; peace, to be at peace even in times of contradiction; patience, not to be overcome by anxiety in trying circumstances; and gentleness and self-control, to be loving and forgiving and not be consumed with anger and revenge.

These are the fruits of aging gracefully in Christ throughout our lives. May their fragrance, like good wine, increase in old age.

Praying with the power of paradox