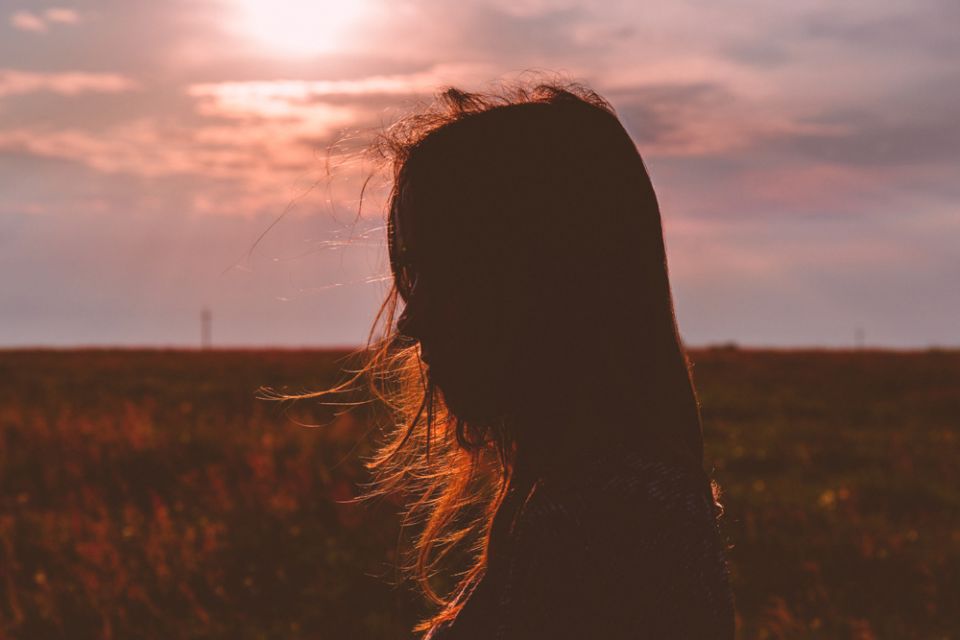 All names have been changed for the following column.

We Dominican Sisters of Bethany have been living in Riga, the capital city of Latvia, since November 1995. This followed an urgent request to establish a new community for our congregation, after years of communist dominance.

It was our practice to offer short-term housing for women in difficulties. One day Ilse, a social worker, asked if we would shelter trafficking victims. We discussed this because it would be for a longer period — and we had already had to turn away a woman for lack of room.

The next day Baiba was standing at the front door — young, beautiful, helpless and desperate. She proved to be very creative, and soon was helping us around the house. Little by little she told her story.

She was brought up in an orphanage which only kept children until age 18. What to do? Luckily, she met Aldis — considerably older, but he gave her a sense of security, spoiling her with gifts and meals and always very courteous. He promised that he would take care of her when she left the orphanage.

She wouldn't need clothes or other belongings, or even identity papers. Baiba was thrilled. All those years of deprivation, jealousy and bullying were finally over. The future seemed bright and rosy.

Aldis took her to her new apartment. He couldn't take her to his own house because he was married. She didn't mind: she was finally alone, independent and free. There was food in the refrigerator and she had a beautiful television. One day Aldis said: "Honey, my wife suspects that I have a girlfriend, and has someone following me. You can't stay here anymore. Don't worry, Aldis knows what to do." And he convinced her to go to Stockholm, Sweden, to stay with friends of his. He would take her there himself and stay with her a while.

Baiba couldn't refuse, so Aldis, "the Almighty," took care of her passport and visa, bought her makeup and new clothes so she could look nice for her new friends. A few days later they drove to the airport. Aldis told her to leave all the talking to him at passport control and at the Stockholm airport.

Baiba didn't mind because she was very nervous.

They arrived in Sweden safely, Aldis hailed a taxi and they drove to a beautiful villa in one of Stockholm's suburbs, where they were welcomed by a beautiful woman. She looked at Baiba from top to toe and nodded approvingly to Aldis. When they entered the house they were led to a big room where there were lots of other girls. Baiba immediately thought of the orphanage and whispered to Aldis that she didn't want to stay there, but he reassured her.

That evening there was a party. Many boys and men were present and the other girls seemed to be enjoying themselves. She couldn't understand; she felt miserable, didn't want to talk to anybody, and stayed to herself. Finally Aldis returned. He didn't look happy, and reprimanded her for not being friendlier and happier. Baiba had tears in her eyes; she really wanted to please him.

He saw how vulnerable she was and comforted her. She could still make amends — a friend of his would really appreciate it if "we kept him company." Happy that Aldis wasn't angry anymore, she agreed.

Soon the friend arrived — a fat elderly man who smelled of alcohol. Gesturing, he made it clear that he would like to take a stroll, grabbed Baiba tightly by the arm, and took her outside. She kept looking back at the villa, expecting Aldis to join them, but there was no sign of him.

The man put his arm around her shoulder. When they arrived at a seedy hotel he ignored her refusal, and dragged her into a room. Baiba struggled and screamed for Aldis. Then the man said, "You have sex with me. I bought you from Aldis."

She was speechless. But when the man began to fiddle with her clothes, she fought, kicking him and biting his hand. She was terrified — she had never had sex before. Eventually he had enough, threw her on the bed and left the room, turning the key in the lock. From behind the door he yelled, "You ready for sex, call me."

That evening the man returned with a plateful of food, and forced her to swallow some pills. Soon Baiba felt lightheaded and didn't care anymore. The man undressed her and had intercourse with her. Despite her dazed state it still caused her terrible pain. She believed that she was now free and could leave. But the man came back the next morning and stayed the whole day, having sex with her many times.

After a few weeks he took her back to the villa. She could not understand the language, but knew that the man was selling her. So for three years she was bought, sold, resold and abused throughout Scandinavia. Living under constant duress, she lost count of the beatings. Once a customer hurt her so badly that she fainted. He left without paying, so the pimp beat her up.

One day she was working as a street prostitute in Denmark, and noticed that her bodyguard was gone. She seized the opportunity and ran into an alley, saw a fishing boat, climbed aboard and hid under a large tarpaulin, where she stayed for a day and a night as the boat left.

Crawling out, she asked one of the crew members for help. He was the ship's cook, a family man; he took pity on her and hid her in the pantry.

The cook informed the captain, who arranged for Baiba to be transferred to a Latvian fishing trawler. The Latvian captain said she must never tell anyone how she had arrived in Latvia. He gave her a jacket, a pair of jeans and a pair of sneakers, and she walked out of the harbor unnoticed. She went looking for the crisis center that she remembered from three years earlier. The door was opened by Ilse, a social worker who told her she would find a place — and that is how Baiba ended up with us.

She felt at home and safe with us, and was industrious and sociable. We had already talked with Ilse about going to the police. Baiba resisted but finally agreed, to save other girls from a similar fate. That was the start of a miserable time for her — and for us.

In retelling the details, she relived it all. She had sleepless nights, cried and screamed, and woke everybody up. But we found a "solution:" a dog. We had found him years ago, abandoned on the street. In the beginning Norbit, as we called him, would not go outside to go to the toilet. If he was outside he stared anxiously at the open door to make sure that he could go inside again. Norbit slept on a mattress in the living room. Baiba went to him often and told him everything; all she had gone through, her pain and suffering. We couldn't have asked for a better therapist!

She was subpoenaed to testify: all the horrors came back to haunt her and she was afraid the pimps would take revenge. We waited to hear something. After several months, I asked a policeman friend whether he knew anything.

He said, "Haven't you heard? The leader of the gang was one of our top police officials. He has been fired, but prosecution was waived."

Baiba continued to live with us, but we searched for a possible future for her outside of our monastery. She was a trained hairdresser; together we went looking for a place for her to live, and provided her with clothes and household supplies. Ilse took her to her new home and everything seemed fine.

Soon after that, she met a nice man who really spoiled her. He even gave her a puppy! But it all went wrong; he treated her like a slave and demanded that she look after him 24 hours a day, threatening to kill her dog if she didn't. That was too much to bear, so she fled, again! Moving in with a friend in a small village, she was pointed out as "a whore." Because she was pregnant she had no choice but to tolerate it.

Occasionally we go visit Baiba. She is reasonably happy, but we fear that she will never lead a truly fulfilling life.

[Born in the Netherlands, Marjolein Bruinen taught and directed a school for secondary education, before entering her congregation in Aruba in 1975. Called to Riga, Latvia, she established a community of the congregation there. She later served in the Generalate, in the Netherlands, as a member and then secretary of the General Board, for 12 years. During this time she was also involved in anti-trafficking efforts. Currently she is the general secretary of the Union of the European Conferences of Major Superiors.]

Sex trafficking is 'rooted in structure of society,' says speaker