Birds speak on the Incarnation 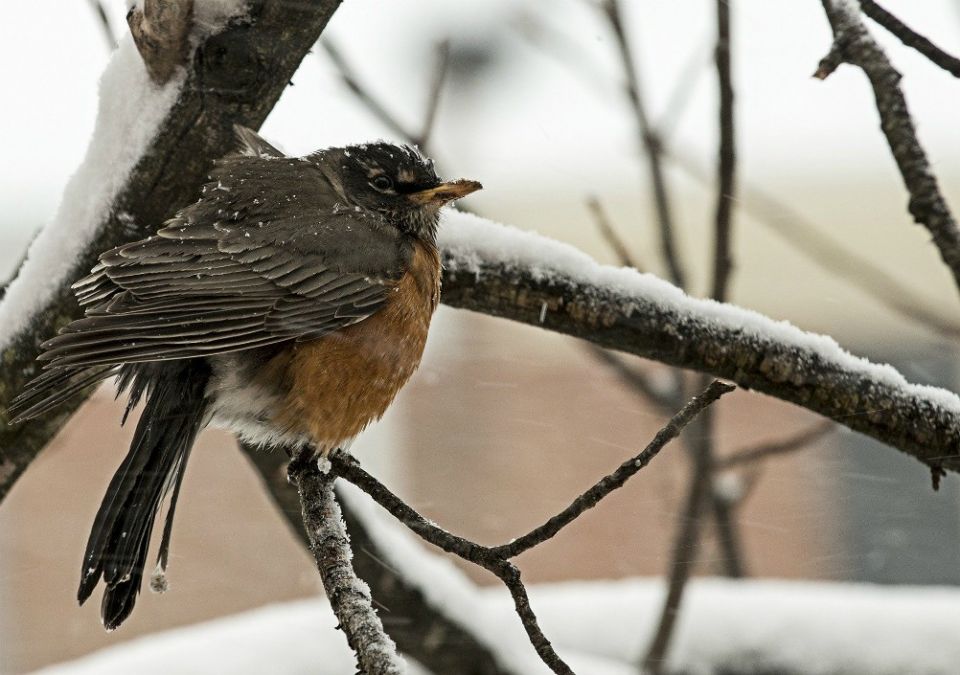 Time to confess: I rarely remember a sermon or homily for more than a day. In fact, the only ones I remember are those that involve a story. Eventually, I forget the sermon but remember the story.

For example, I remember the story embedded in a homily from a priest who was working with Food for the Poor during his time in Haiti. A Haitian man he worked with asked him curiously one day in casual conversation, "Say, Father, in a typical day in America, how many times do you get to eat?"

(I always pass that story along on Thanksgiving!)

Another favorite story was in a sermon given by a missionary to Central America. After Mass in a small village in Honduras, a woman engaged the missionary in conversation about life in the United States. At one point, she lowered her voice and asked confidentially, "Father, my friends have told me this, and I just can't believe it, but I know you will tell me. Father, is it true that in the United States, you flush your toilets with clean water?"

My heart nearly stopped as the realization hit me: Much of the world would consider themselves lucky if they could use our toilets as a source of water for drinking and cooking!

But the sermon I have remembered the longest — for about 50 years — was one I heard on Christmas Day. And there was no sermon, as such. Just this story.

Once, on a bitterly cold, snowy evening, a father and his son came out to get a breath of the frosty air and noticed a flock of tiny birds filling a bush near their front door. They belonged to a species of bird that usually migrates to warmer climates during the winter, but apparently, the early onset of winter had caught these by surprise. The poor little birds were huddling together, shivering and fluffing out their feathers to stay warm. It was supposed to get much colder overnight, and the father and his son looked on them with pity, wishing they could do something to rescue the birds.

Suddenly, the father had a brilliant idea. They could stay in the family's garage overnight! Even if they had to leave the door open, it would be preferable to being outside in the wind. So he opened the garage doors, spread some birdseed all over every flat surface and hoped they would find their way in.

An hour later, he peeked out into the garage, but no birds. They were still shivering in the bush, looking even more miserable, if that were possible.

"If only," the father said, "I could speak their language, I would explain it to them."

The son said, "Or what if I could become a bird and go show them the way?"

Spirituality | Birds speak on the Incarnation

Making all things new as spring