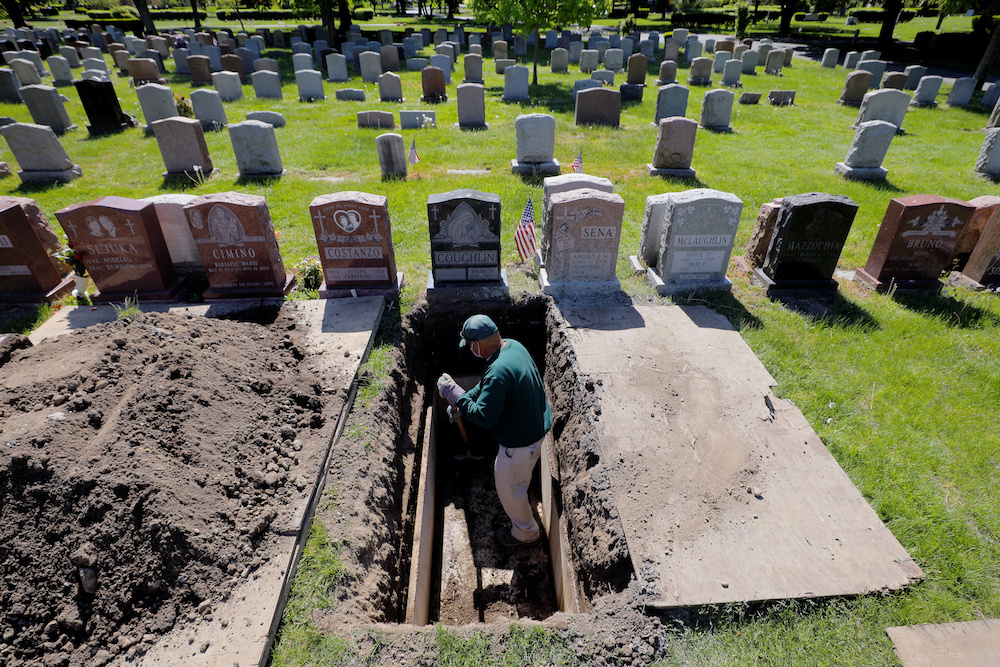 Roberto Arias of Everett, Massachusetts, prepares a grave for burial May 27. (CNS/Reuters/Brian Snyder)

With the United States surpassing 100,000 deaths from COVID-19, the Leadership Conference of Women Religious (LCWR) is partnering with more than 100 faith leaders in calling the nation to a national collective time of mourning June 1, pausing at noon to remember those who have died of the virus.

The National Day of Mourning and Lament, as the interfaith coalition is calling it, is an effort to "make visible that which you can't make visible, which is the depth of the loss that these individual families are feeling, and the sheer number of loss that the country is feeling," said St. Joseph of Philadelphia Sr. Carol Zinn, executive director of LCWR, in an interview with GSR.

Christian, Jewish and Muslim leaders are all participating this weekend, with each faith tradition incorporating a form of tribute to the deceased into their worship services. On Friday, Muslims will remember the reception of the Quran, while Jews will remember God's covenant on Friday and Saturday as they celebrate Shavuot, and read their yizkhor (remembrance) prayers. On Sunday, Christians will celebrate Pentecost.

That Pentecost falls on this Sunday is "symbolic," said Jim Wallis, founder and editor of Sojourners. "This day, the Spirit came and gave courage to the early disciples to take their faith to the streets. So, here we are on Sunday, welcoming the Spirit in our midst to enliven us and give us the courage to take our faith so the streets on Monday — and our streets are virtual." 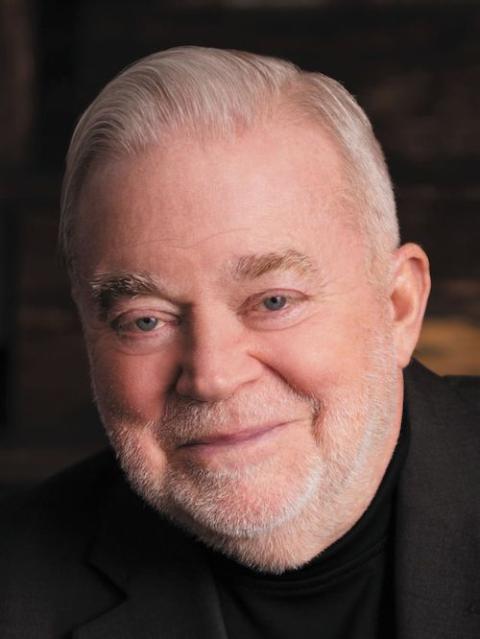 Wallis has been convening weekly calls with faith leaders in search of faith responses to the pandemic. The idea for a National Day of Mourning and Lament came from those calls, to "as our vocation as people of faith, to honor the dead, name them, and count them in our services," he told GSR.

The U.S. Conference of Mayors, a bipartisan group representing 1,400 mayors, is cosponsoring the June 1 moment of silence, with lowered flags, ringing bells, interfaith vigils, and civic memorials. LCWR is asking its more than 1,300 members to invite the more than 40,000 Catholic sisters they lead to participate in actions of grieving and lament. After LCWR released its statement about the day of mourning and lamentation, congregations such as the Adrian Dominicans and others issued their own statements of solidarity and support.

The national lament also extends to the inequality and injustices that the pandemic has exposed. Zinn said the coronavirus makes "blatantly clear" the kinds of systemic issues of injustices and racism that LCWR has been raising for years, as elders, racial minorities, and refugees and immigrants have been affected disproportionately.

She pointed to the power of the words in Matthew 25: "You did it to me," and the contradiction lived in the U.S. where those who most need help are overlooked, she said, recalling this to be the case during her decades in education.

"When I see the impact of the pandemic, it just raises up out of the shadows — that I don't think anyone can ignore anymore — that people who are in most need end up with the least amount of resources. And that goes against 'You did it to me'," she said.

"It doesn't just raise up my human feelings of being so frustrated; it raises up what I refer to as 'holy anger,' that is just furious at situations that should not be."

Amidst sorrow or joy, the role of faith is to serve as a container for a person's life experiences, Zinn said, whether that means holding pain and mourning it, or holding joy and celebrating it. "Faith traditions are made for this kind of moment in that they help people make meaning to something that defies any kind of quantitative data or rational appeal." 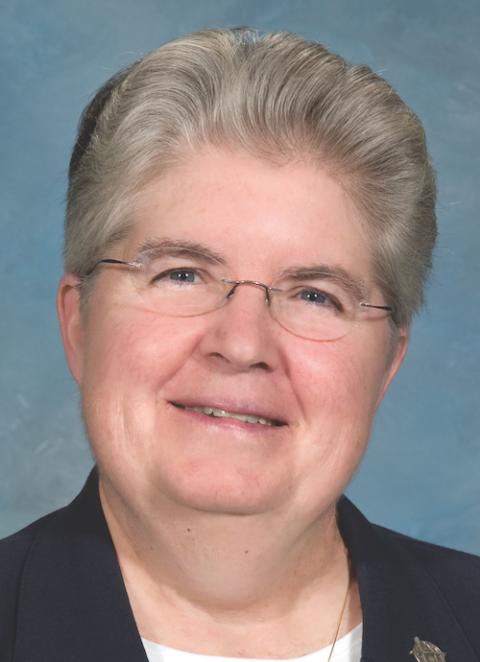 Though faith may not always provide an answer, it's a space where one can ask the "big questions" about loss and sorrow and redemption, she said. Faith may not be able to bring back the lives taken by the pandemic, she added, but can help a transformative grace emerge from collective and individual mourning.

Zinn said the collective grief reminds her of when she lived in New York City during the Sept. 11 attacks: The daily funeral processions that filled the streets incited natural moments of silence that were also healing. "It's not just 100,000 individual people who died. It is that, but this nation has lost an unprecedented number of people in our history in a short period of time," she said.

And where the political, economic and business world can't address that level of loss, "it is the faith and human community, family and culture and religion that exist to hold these kinds of experiences," she said.

With so many funerals unable to take place, this National Day of Mourning and Lament can serve as a ritual on a national level, Zinn said.

"The invisibility of the loss and grief has got to be made visible; it can't be left invisible… To not do it at all from a faith perspective is almost sinful."