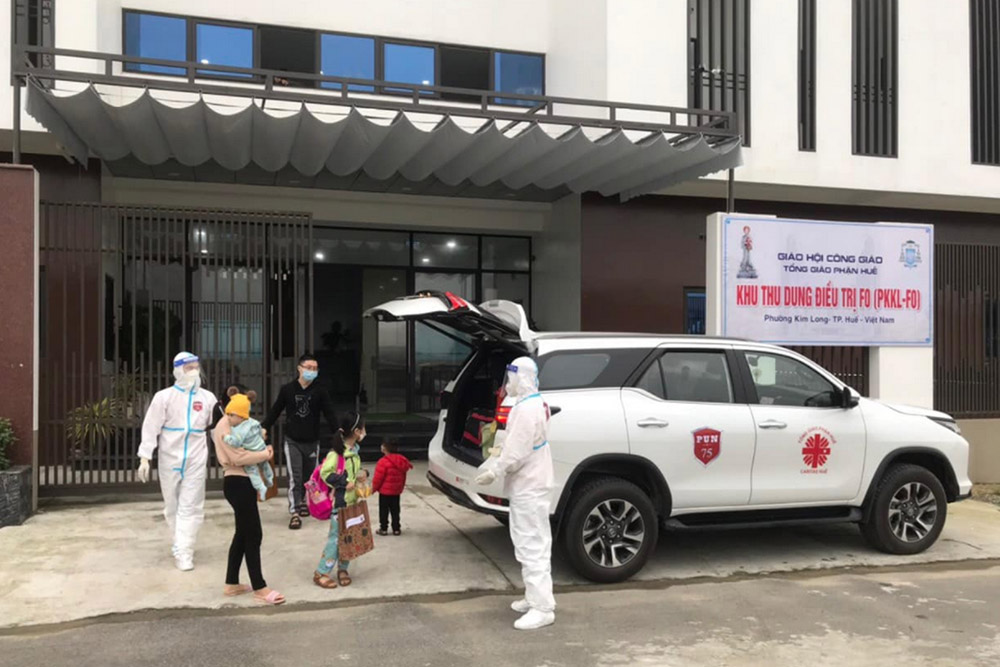 When Agnes Ho Thi Linh and her son, Ignatius Pham Hoai Tuan, were infected with COVID-19 in January, two men religious picked them up from their home in Thuan Loc Ward and drove them 8 kilometers to a new branch of the Kim Long Charity Clinic, a health care center owned by the Filles de Marie Immaculée (Daughters of Mary of the Immaculate Conception), in Kim Long Ward of Hue.

There, Linh, who sells fresh rice noodles for a living, and her son were well cared for in their eight days at the clinic, receiving three meals and attending Mass each day. They recovered quickly.

"We owe them a deep debt of gratitude for their service. They are the real knights who save our lives," Linh, 50, said. "We pray daily for them to be in good health to look after other patients." 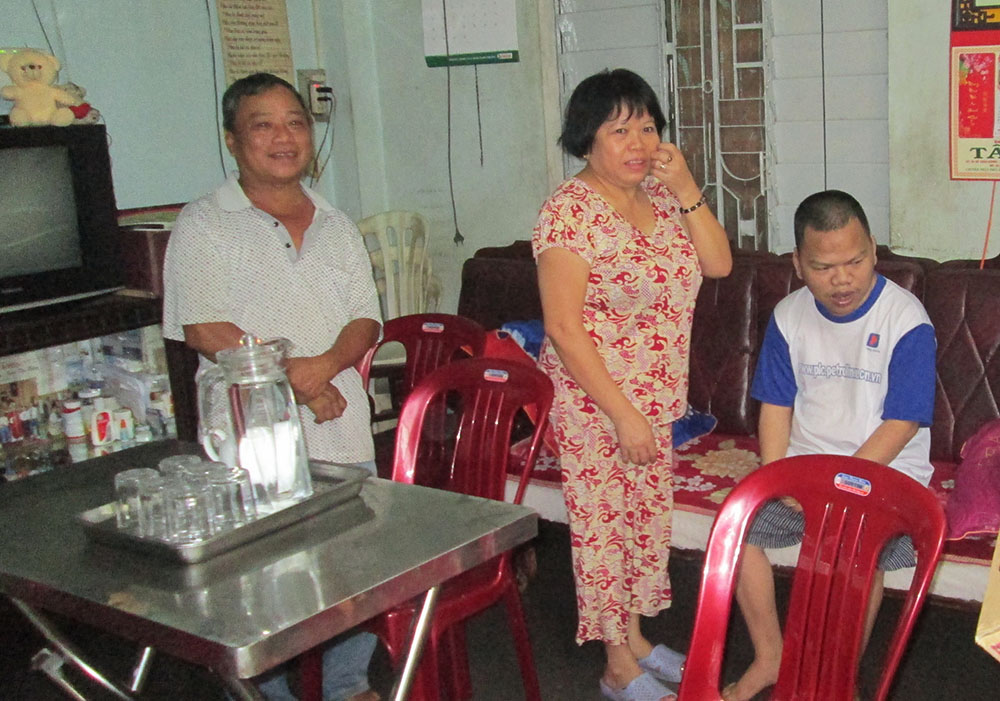 At this branch of the Kim Long Charity Clinic, which opened with 200 beds in December to treat local COVID-19 patients, Sr. Teresa Le Thi Tien and five other Filles de Marie Immaculée with medical backgrounds offer food, medicine, disinfectant and masks to patients. They also take patients' temperatures, remind them to take medicine, help them wash their bodies and hair, put seriously ill patients on IV drips and ventilators, and run medical tests.

"We start our hard work at 7 a.m. and finish at 10 p.m., as many patients are hospitalized late," Tien, a druggist, said, adding that they get up at 4 a.m. to say prayers, attend Mass, and have breakfast and staff meetings before their work.

"We try our hardest to cure all patients of the contagion soon and return them home for family reunions. That is our great happiness," said Tien, 41.

Approximately 1,000 patients, including 57 religious and priests, have been treated without charge at the clinic so far, and none has died, she said. 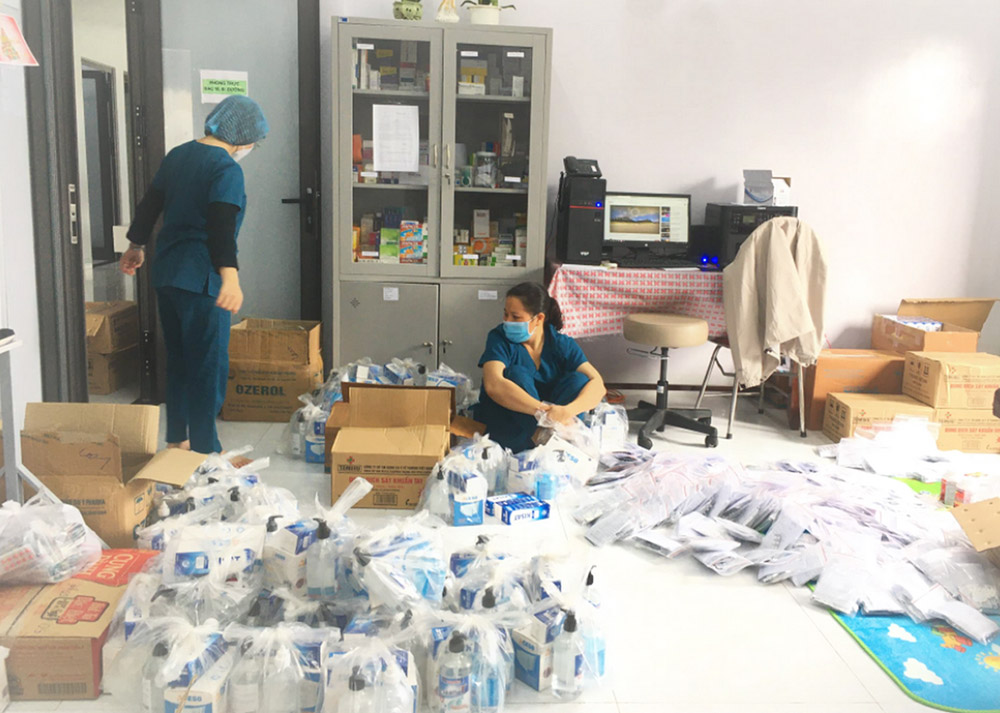 Construction of the 1,100-square-meter clinic was funded by foreign benefactors to provide health care for local people in poverty. It was completed in May 2021, but because of the outbreak of the delta variant of COVID-19, it did not open until Archbishop Joseph Nguyen Chi Linh of Hue requested the congregation use it to treat COVID-19 patients in December.

The archbishop also called on local religious orders to volunteer in three-month increments at the Kim Long Charity Clinic, which receives funding from the Hue Archdiocese, Caritas Vietnam, congregations, parishes and other benefactors, until the pandemic ends.

Tien said 16 sisters are among the 33 religious and priests from eight local congregations and Hue Major Seminary working at the clinic. They do the washing, clean patients' rooms, collect garbage, prepare food, receive donations from local people, and pick up patients from their homes. The clinic has also handed out 4,500 free bags of medicine to patients with minor COVID-19 symptoms who quarantine at home. 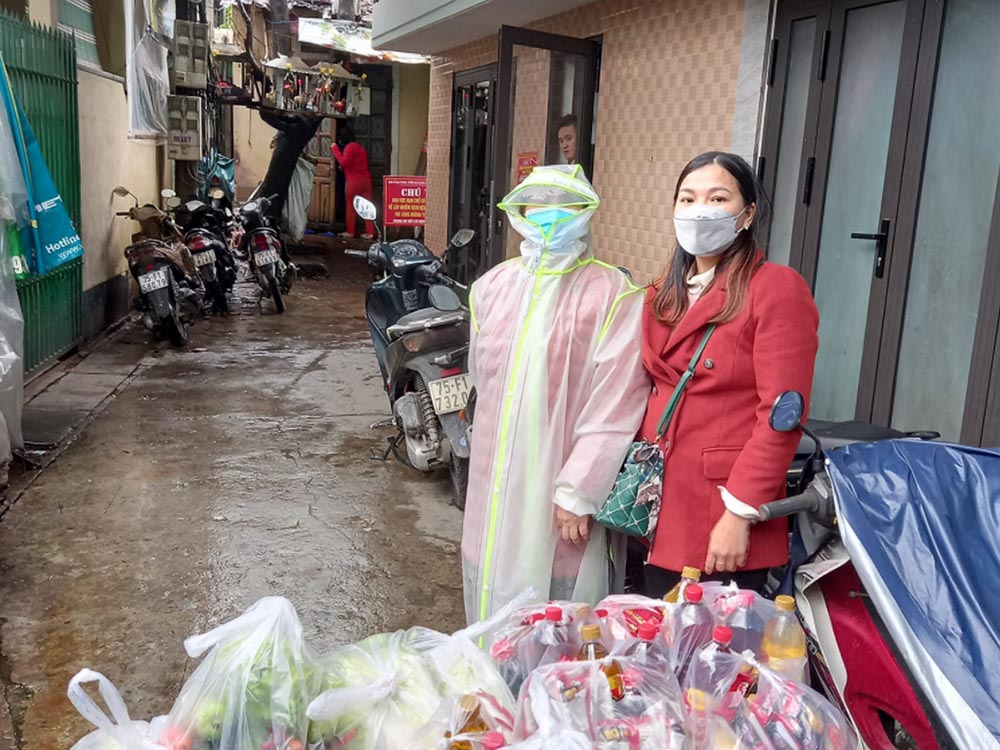 Sr. Mary Tran Thi Hong, a doctor, said the religious volunteers calm and console the patients, who are worried and afraid of dying from COVID-19.

"We tell them that diseases are inherent in human life, so they should actively work with us to fight against the pandemic," said Hong, 46.

Hong told Global Sisters Report the story of a non-Catholic woman who was taken to Kim Long Charity Clinic in early February with a high fever, sleeplessness, shortness of breath, and high blood pressure. Two days later, her situation became worse, and she lost her senses of smell and taste.

Hong said the woman, 65, who had received two doses of the COVID-19 vaccine, was on a drip and a ventilator, and the nuns planned to send her to Hue Central Hospital the following day for access to its specialty equipment.

"We took turns praying in front of the Eucharist for her during that night; consequently, she felt better and had food the following morning. She soon recovered from her illness and was discharged from the clinic one week later," Hong said.

"We believe that God heals many patients here with his love and through our fervent prayers, and only he will help people stem the pandemic," she added.

Hong said many patients, including those who are from other faiths, ask the religious to pray for their families and to help them contact their relatives. They also become emotional when they say goodbye to the religious before returning to their homes.

She said because of the number of infections, Kim Long Charity Clinic now receives only 70 seriously ill patients a day, dealing with priority cases such as the elderly and children. Other people are sent to public hospitals by local authorities. 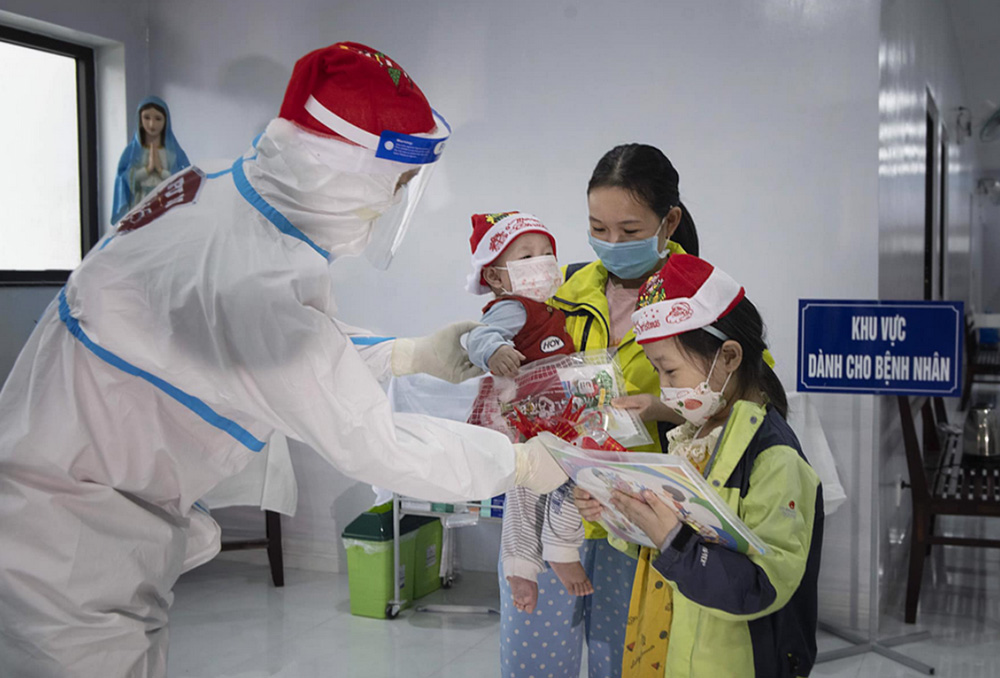 A sister in medical gear offers Christmas gifts to a woman and her two children at Kim Long Charity Clinic in Kim Long ward in Hue, Vietnam, at Christmas. (Courtesy of the Filles de Marie Immaculée)

Even though all of the religious have received three doses of the COVID-19 vaccine, 12 of the volunteers at the clinic contracted COVID-19, and 10 of them returned to their communities after they recovered. The rest are still undergoing medical treatment at the clinic.

Le Van Than, a Buddhist, and his wife were taken to Kim Long Charity Clinic in January with COVID-19.

"We were treated well by volunteers who offered us nourishing food, good accommodation, and loving care," he said. "They also showed us how to do basic exercise to keep healthy."

The father of two, who makes pots for plants for a living, said he was deeply impressed by the level of care they received.

"We feel that the clinic's friendly atmosphere is a real home away from home," Than said.