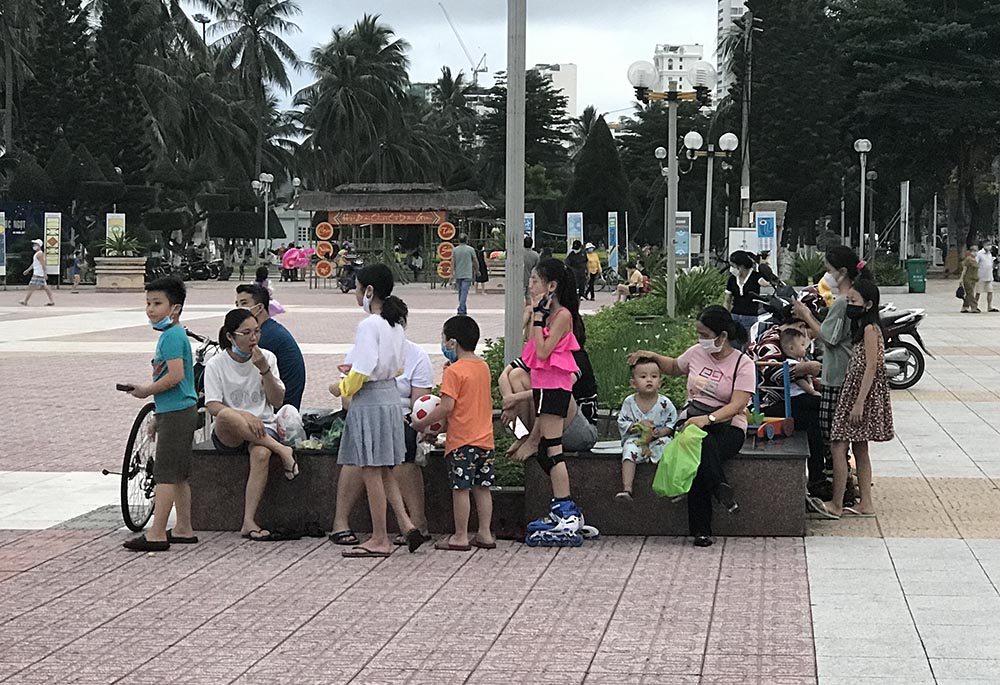 Children and their parents play in a park in Nha Trang, Vietnam, after a COVID-19 lockdown was lifted on Oct. 17. (Joachim Pham)

Nguyen Duy Phuong, a 12th-grader, thought he could not afford to go to school this year as his father, who used to work as a day wage earner in Ho Chi Minh City and became jobless during the delta variant phase of the COVID-19 outbreak, returned home and still has no work.

His mother died years ago at a young age.

Phuong said he received 1.5 million dong ($66) in early October from Sr. Mary Nguyen Thi Hong Hoa to get books and other basic supplies for his studies. 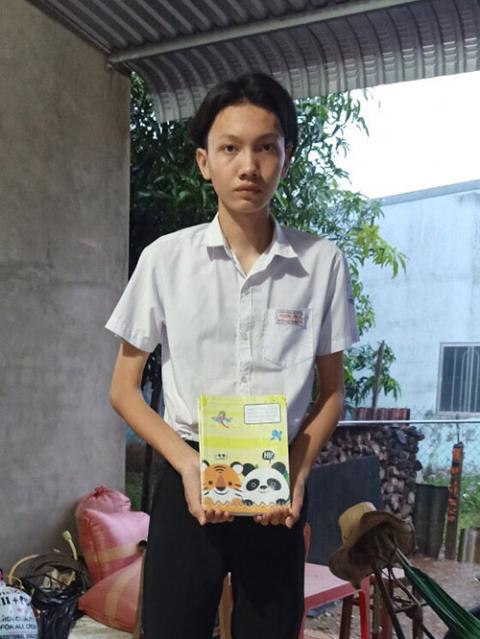 Phuong lives with his grandparents, one of whom has leprosy.

"I am walking on air about the generous gift. My family is deeply grateful to the nun and benefactors," Phuong said, adding that he is trying to overcome difficulties to finish high school.

Hoa, a member of the Lovers of the Holy Cross of Cai Mon Congregation based in Ben Tre Province, said, "We offered scholarships to 33 students, including Phuong, so that they could buy school uniforms and books, and share Internet service fees with one another as they gather in groups to learn online lessons."

She said scholarship students are in third through 12th grades in the two southern provinces of Ben Tre and Tra Vinh. They receive 500,000-2 million dong ($22-88) each, depending on their situations.

Hoa said she also offered her own laptop to a group of students so they could attend online classes together.

Their parents have been left unemployed by the COVID-19 pandemic in recent months and could not afford to get computers and other supplies for their studies.

As of Oct. 26, 25 out of the country's 63 cities and provinces had to hold remote classes through the Internet and television so as to limit COVID-19 infection among students.

All schools in Tra Vinh still provided online courses while in Ben Tre some have reopened and others still held online classes due to the coronavirus since the new school year started in September. 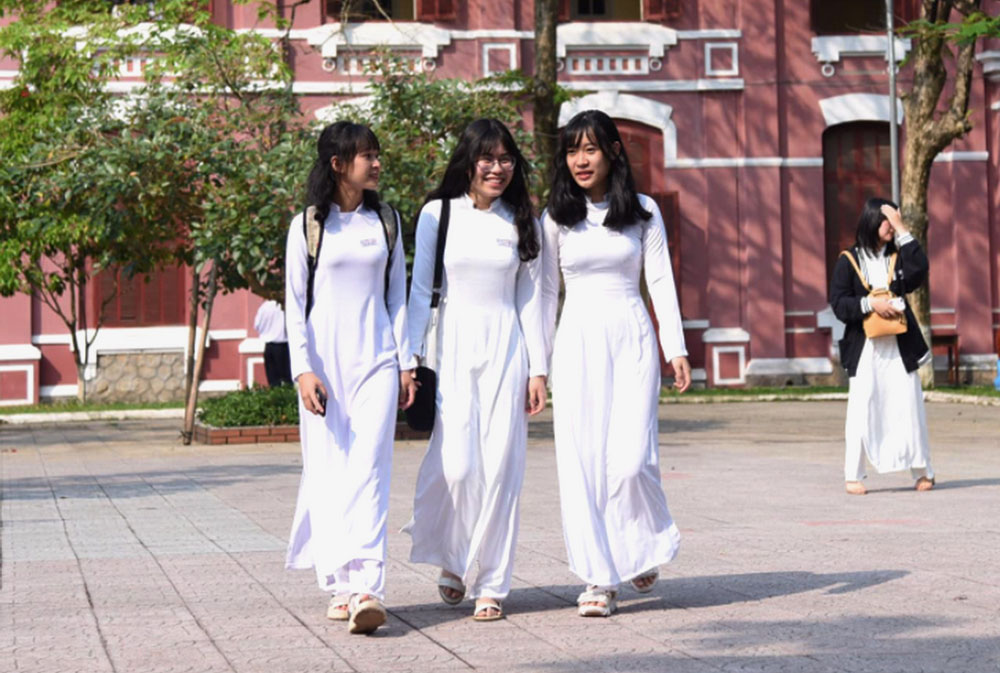 Hoa said most of the scholarship recipients have relatives who work in industrial zones in Ho Chi Minh City and the provinces of Dong Nai and Binh Duong.

"Those students will surely drop out of school or perform poorly at school if they are not given financial support. They will take manual jobs with low wages to support their families and be caught in the poverty trap like their parents," Hoa said.

The nun said she tries to support students in need regardless of their backgrounds as all people are God's children. Most of the scholarship children are from families of other faiths who have been badly affected by the contagion.

She donated 6 million dong ($265) to Khmer ethnic Venerable Thach Da Ra, who leads Kachakkarama Thlot, a Buddhist pagoda based in Hiep Hoa Commune, to provide drinking water, disinfectants, food and other basic needs for 200 migrant workers at an isolated center in Cau Ngang District of Tra Vinh Province. The province is home to the Khmer ethnic group and Buddhists. 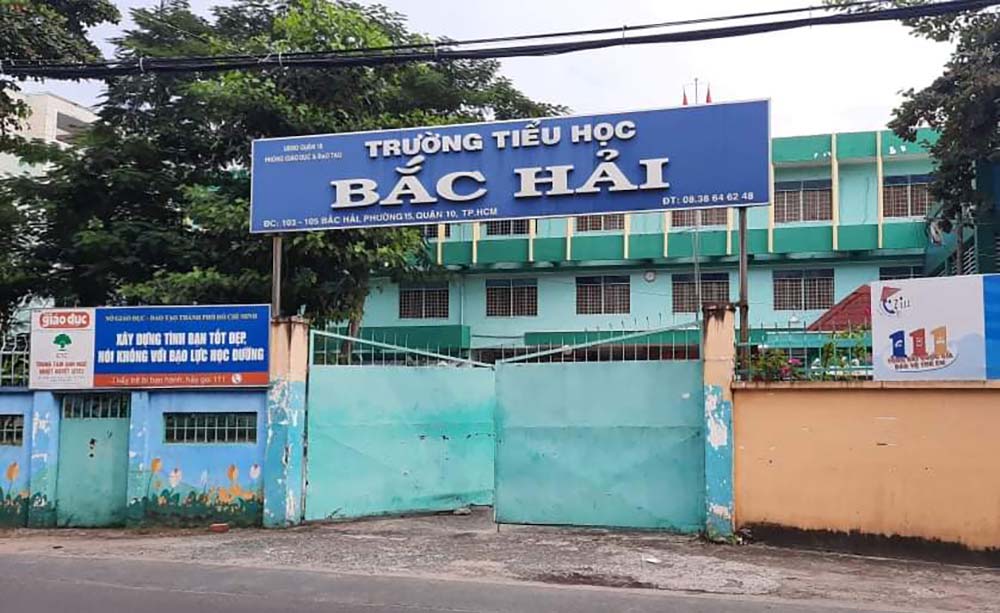 The workers and their children returned from Ho Chi Minh City and neighboring provinces of Binh Duong and Dong Nai, which are the country's COVID-19 epicenters.

Hoa, who has been vaccinated with one dose, asked volunteers to deliver gifts to beneficiaries as she could not go out of her convent due to social distancing measures.

The nun said benefactors of Vietnamese origin abroad make donations to her to forward to those in need.

As of Nov. 5 in Vietnam, 59.4 million people aged 18 and above have been administered COVID-19 vaccines, but only 27 million of them were given two doses since mass inoculation was rolled out on March 8.

Lovers of the Holy Cross of Cho Quan Sr. Therese Nguyen Thi Kim Dung said this year more than 100 students from Ho Chi Minh City and four other provinces have been given financial support by sisters. They are offered school fees, clothes, books, school supplies, bikes and food.

Dung, who is in charge of scholarships for poor students, said their families are badly affected by the pandemic due to loss of jobs and incomes. Parents of some have died of COVID-19, while many others had to bring their children home from Ho Chi Minh City because they could not support their studies.

On Oct. 4, Archbishop Joseph Nguyen Nang of Ho Chi Minh City, called on local congregations, parishes and associations to provide material and emotional support to 1,500 students who were orphaned during the COVID-19 pandemic in the city.

Ho Chi Minh City started to administer COVID-19 vaccines to children aged 12-17 on Oct. 27. An estimated 8 million children of the same age will be vaccinated nationwide. 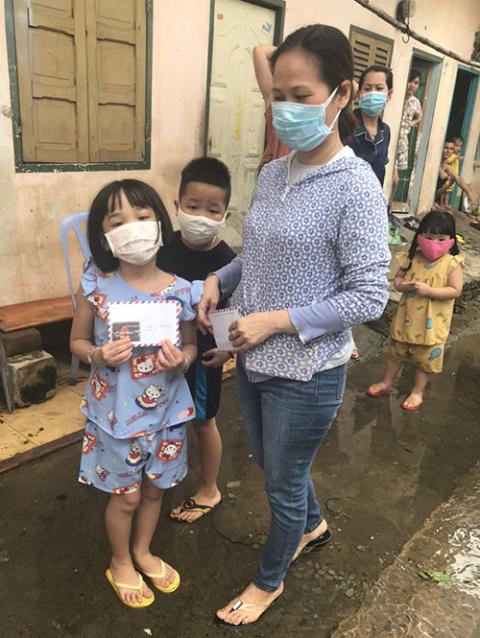 The Ministry of Education and Training reported that some 1.2 million students from poor families need computers and Internet services to attend online classes.

A Dominican sister from a convent based in Bien Hoa, the capital of Dong Nai Province, said the nuns work with benefactors in the country and abroad to provide students in second to 10th grades 500,000 dong ($22) each so that they can buy textbooks and other supplies.

They are children in more than 100 migrant families who are from the southern provinces of Ca Mau, Bac Lieu, Soc Trang and Can Tho. Families have one to three children each.

The nun, who asked not to be named, said those families, followers of other faiths, are given 120,000 dong each to cover one month's cost of Internet services for their children's studies. Students use computers and smartphones to attend online lessons.

She said their parents work at local markets and construction sites, sell lottery tickets and food on the streets, and drive motorbike taxis for a living but they have become jobless since June because of the coronavirus outbreak. They were not given financial support by the government because they have no personal papers.

She said the nuns regularly provide them with rice, instant noodles, cooking oil and other basic food. They are also offered money to pay their rent and fees for running water and power.

"Many people are moved to tears when they receive food from us. They are really depressed about being in small rooms, having no jobs, and lacking food for months," she said, adding that many told her that they had thought of attempting suicide.

The nun said local people were injected with one dose of vaccines from Europe, North America and China. 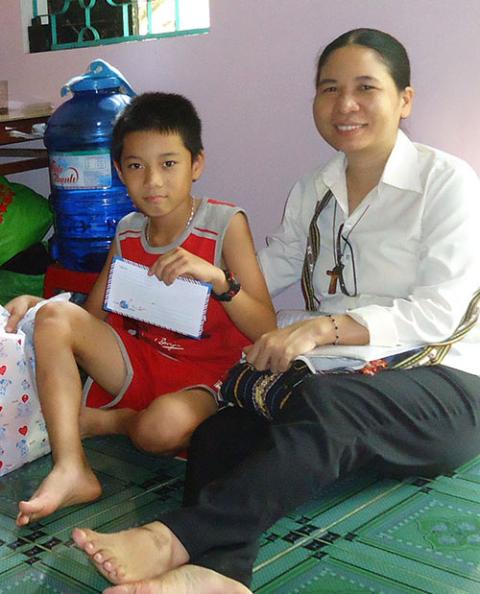 Ha said parents of many students suffer from the coronavirus and lost their jobs so they could not afford their children's school fees and bicycles to go to school. Many students had to collect used items at dump sites, work at bakeries and do other work to save money to support their families and pay for their studies last summer.

She said many students have to drop out of schools due to financial problems caused by the pandemic.

A female teacher from Dien An Elementary School in Phong Dien District said 182 of the school's 700 students have had to drop out for financial reasons.

Nuns from St. Paul de Chartres and Daughters of Our Lady of the Visitation in Hue also have given scholarships to hundreds of students from first grade to college age whose parents were left unemployed in recent months. Without the scholarship help, college students were staying home to support their families and unable to stay in school.

"We go to great lengths to create favorable conditions for students to pursue their studies under the circumstances and encourage their families to overcome this hard time. We all have to hope for the best," Ha said.