Q & A with Sr. Juana Yakelin Vásquez Díaz, advocate for indigenous communities in the Amazon

Sr. Juana Yakelin Vásquez Díaz, left, in a selfie with people of the community in Pindaré-Mirim, Brazil (Provided photo)

For roughly eight and a half years, Sr. Juana Yakelin Vásquez Díaz (known as Sister Yacky) has lived in the Amazon rainforest of northeastern Brazil. A native Honduran, she entered religious life 19 years ago with the Oblate Sisters of the Heart of Jesus.

These days, Vásquez's home is Pindaré-Mirim, named for the nearby Pindaré River. It's located in Maranhão, a state south of the equator known for its dense rainforests and beaches, but also as one of the poorest in Brazil. Jesuit missionaries were among the first Europeans in the 16th century to explore Maranhão, which remains largely Catholic.

The surrounding region of valleys and hills is rich with plant species — towering ipê trees, pau brasils (the national tree) and carnauba fan palms, sometimes called "the tree of life" for its many uses — and animals such as deer, pacas and tatus (armadillos), jungle cats like jaguars and oncillas, and colorful macaws, toucans and other birds.

As a human rights defender, Vásquez, 43, is aware of the challenges facing the region's species and people, many of whom are farmers and live near the river. Rainforests have been cleared for cattle ranching and agriculture. Recently, soy and corn plantations have popped up, bringing with them problems related to land use, water and health for local communities.

Vásquez said there has long been tension between small farmers and groups wanting to buy the land. In recent years, she, along with nongovernmental (NGO) organizations, has worked with local communities in resisting a second railway line by Brazilian mining company Vale, saying the company used deceptive practices and did not include them in the consultation. The train itself has posed problems, she said, at times killing both people and animals. Houses shake as it passes, and people have gotten sick from noise pollution, which, in addition to hearing damage, medical studies have linked to stress, depression, high blood pressure and heart disease.

"In short, it violates the rights in every way of the people who live in this region," Vásquez told Global Sisters Report.

The situation is but one example of the challenges facing the Amazon basin as the Vatican begins a three-week special synod focused on the globally important biome. Vásquez spoke with GSR by email with the assistance of a translator. 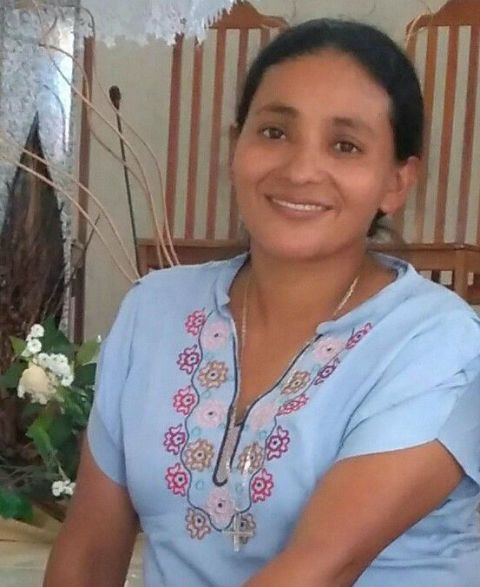 Sr. Juana Yakelin Vásquez Díaz is a member of the Oblate Sisters of the Heart of Jesus from Honduras. (Provided photo)

GSR: How would you describe the place you live to someone who has never been there?

Vásquez: It is a place with a lot of jungle and native plants. Near it passes a river called the Pindaré River. The land is fertile. There are many fruits, buriti [moriche palm] and cupuaçu [related to cacao]. Here also passes the interstate road for this region.

What challenges does this part of the Amazon rainforest face?

Companies do not respect international standards and treaties regarding the care of natural resources. When they request bids, they do not respect the ILO 169 treaty [a 1989 international law of the International Labor Organization that guarantees the rights of indigenous and tribal peoples]. The bad faith of the companies that are outsourced by Vale deceive the people and divide communities.

How have you worked to address these challenges?

Through networks of church and mining, Justiça nos Trilhos [Justice on the Rails] and other NGOs are helping to do the work together. And also to see the struggle of the people encourages them to do and be a companion on the way.

What does it mean for you that the Vatican is holding a special synod on the Amazon?

It's very important. Pope Francis has expressed his concerns to raise awareness in the world about the care of the common home. I think it is the result of all the work that REPAM [the Pan-Amazon Ecclesial Network] has been doing and the entities that are supporting it. I think a lot of work has been done. In several regions here in Brazil that are part of the Amazon, we have done the preparatory work.

I really liked the request of the pope — to bring bold proposals — and here in our regional meeting came good proposals and concerns. Some proposals are:

The concerns: Here in our regional meetings, the bishops who will represent us have mostly not been present in the work and reflections that have been done. 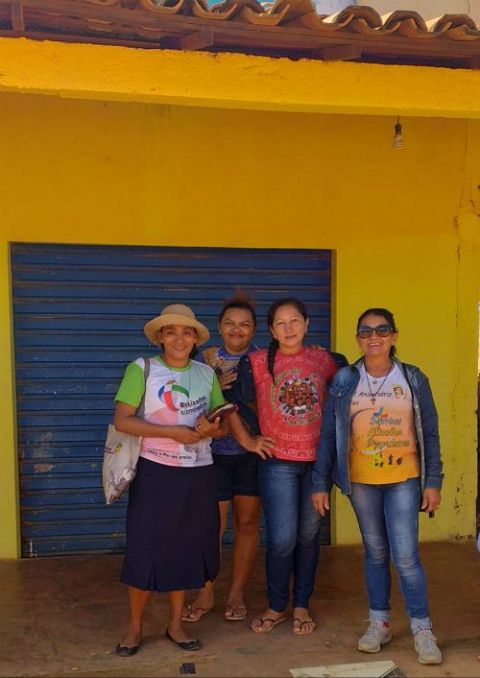 Why do you think that the Amazon rainforest is important for the world?

The life of the planet is at stake. If we destroy the lungs of the world, we are destroying ourselves. This is a region that has the freshest water on the planet. And if we still have it, it is because there are men and women who have taken care of this Amazon region. The indigenous people, many of them have shed their blood to defend life and nature.

What has this region taught you?

A lot. To be faithful and persevering. To defend the life of each of us and the Amazon and the life of the planet. To live and care for what is ours. It has taught me to live in simplicity.

People who are committed to these causes, they do not measure the efforts they give. They are living and sharing day-to-day life, dreams, ideas, love. I've heard stories of leaders who lost their lives for the sake of life itself.

I have learned to feel how God keeps walking with his people.

What is something that you would like people outside of the Amazon to understand better about this part of the world?

Inside this place that we know as the Amazon, there are sacred stories held by men and women for thousands of years. They always lived here, and they come to take care of this biodiversity.

Something interesting is the deep relationship they have with nature and animals. They do not get carried away by consumerism and by the false ideas of "development and progress" that the media sell us. Let us help this planet, our house, by being less consumerist and not make use of disposable objects like plastic.

[Brian Roewe is a staff writer for the National Catholic Reporter. His email address is broewe@ncronline.org. Follow him on Twitter: @BrianRoewe.]

Q&As | Q & A with Sr. Juana Yakelin Vásquez Díaz, advocate for indigenous communities in the Amazon

Every person killed, we remember them all

At one with the Honduran family