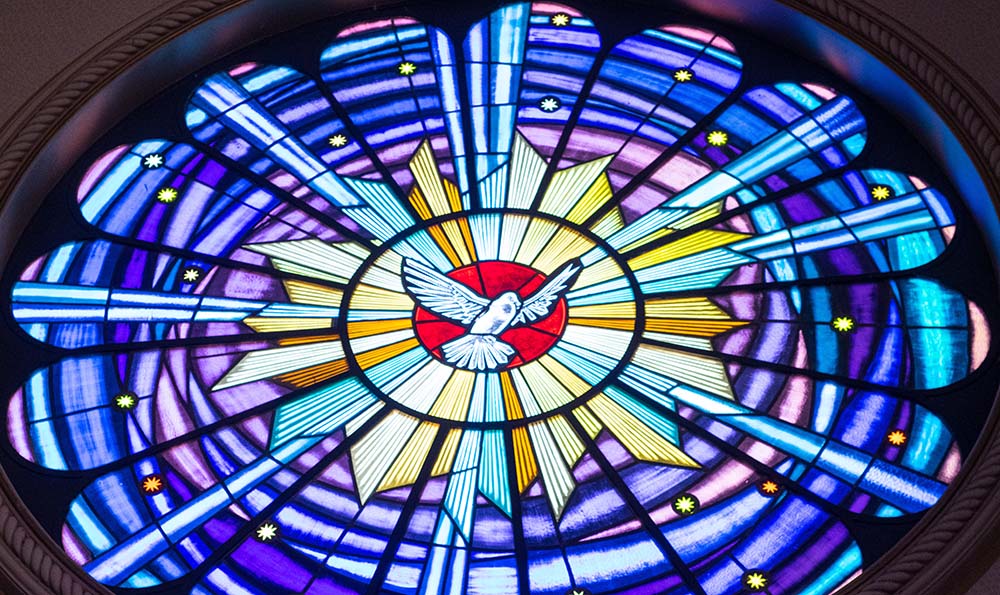 I was struck recently by these words in a soon-to-be-published article by Canadian church historian Rosa Bruno-Jofré, on an aspect of life in my own congregation, the Sisters of Our Lady of the Missions — founded in Lyon, France in 1861. Rosa writes that in recent decades, "the Trinitarian charism of the Congregation became delinked from the Tridentine interpretation that institutionalized the projection of the Spirit."

For many Catholic sisters whose formation pre-dated Vatican II, popes, bishops and religious superiors had, as it were, a hotline to the Holy Spirit, allowing them to pass on to lesser mortals what was God's will for them.

I would like to unpack the significance of Bruno-Jofré's comment, not with regard to my own congregation, but for the wider Catholic community as we grapple with problems never envisaged in a pre-Vatican II church.

Looking back, we can see that the Tridentine ecclesiology that dominated Catholic thinking from the mid-16th century through the mid-20th century was one in which Mariology seemed to be prioritized over pneumatology (the study of the Holy Spirit), a situation that began to change slowly but surely after Vatican II.

Today, we are the grateful recipients of important developments in our Trinitarian theologies, particularly in our understanding of the Holy Spirit. The importance of Pentecost, when the Holy Spirit empowered the disciples of Jesus to continue his mission, can never be underestimated for contemporary disciples of Jesus, but the manner in which this feast can be celebrated can suggest that the Holy Spirit was absent prior to that wonderful day. Nothing could be further from the truth.

Virtually all translations of the opening verses of Genesis 1:2 refer to "a divine wind" (NJB), "a wind from God" (NRSV), "a mighty wind" (NAB), "the Spirit of God" (NIV), and the "Spirit of God" (GNB) that swept over the waters.

The manner in which the feast of Pentecost can be celebrated can suggest that the Holy Spirit was absent prior to that wonderful day. Nothing could be further from the truth.

Even more significant is that "wind/spirit" in Hebrew translates as "ruah," which is feminine. Some 300 years before our New Testament, ruah becomes pneuma, a neuter word, when the Hebrew text was translated into Greek. By the time St. Jerome (circa 347-420) translates the bible into Latin, the Vulgate, spirit has become spiritus, a masculine word, so for a long time the three persons of the Trinity are all masculine.

Fortunately, more recent scholarship demonstrates that feminine pronouns can be used for the Holy Spirit. Translation always involves interpretation, and, sadly, translations masculinized all three persons of the Trinity for generations of women believers.

But what I find particularly important about recent developments in theologies of the Holy Spirit is the emphasis on the fact that the Holy Spirit was/is alive and active in creation and history, long before Pentecost. As Pope John Paul II taught, the Holy Spirit "manifests himself [sic] in a special way in the Church and in her members. Nevertheless, his [sic] presence and activity are universal, limited neither by space nor time" (my italics).

John Paul II further writes in Redemptoris Missio, "The Second Vatican Council recalls that the Spirit is at work in the heart of every person, through the 'seeds of the Word,' to be found in human initiatives — including religious ones — and in mankind's efforts to attain truth, goodness and God himself."

Such a belief has always been part of the Judeo-Christian tradition but had been obscured by an emphasis on the coming of the Holy Spirit at Pentecost, which somehow suggested an absence of the Spirit prior to that.

I remember being struck by the words of one of our sisters who belonged to the Khadia tribe in Odisha, India. She said: "My ancestors have lived in Orissa for thousands of years. I learnt much from my grandparents and elders about respect for Earth. I saw and remember my grandmother walking barefoot because of her respect for Earth and nature. She never used any shoes or slippers until just before her death. She used to walk long distances to meet our relatives and for her gardening work. She told us we are one with the earth and we depend on each other. Earth is sacred."

Or as one of our Khasi sisters shared with me: "When I was small, I used to follow my mother to the forest to collect firewood. On our way, she would talk to the trees to check if they were ready to be chopped and she used to feel the trunks with her hands. Then she used to say: 'Oh you are still young, dang lung' — literally meaning you are still a baby."

Here in my own country, Aotearoa New Zealand, the Maori, the Indigenous people of our land, recognize and acknowledge a spiritual presence in creation. They understood that their well-being depended on right relationships with Papatūānuku, the Earth Mother; with Ranginui, the Sky Father; with Tāne-mahuta, the god of forests and birds; with Haumia-tiketike, the god of uncultivated food; with Rongomātane, the god of cultivated plants; and with Tangaroa, the god of the sea. I remember that when I lived with Ngati Porou, and we went down to sea, no more was harvested than was needed for our meal. The sea was not there to be exploited, but to sustain people.

It concerns me to see how oceans, forests and earth are today exploited, all too often at great cost to tribal peoples, no matter in which continent they live. It concerns me too that 19th-century missionaries were so often dismissive of tribal peoples' belief in the presence of the spiritual all around them in creation.

We of the capitalist, exploitative world need to listen to tribal peoples. It has been customary in Western churches to think of interreligious dialogue as something that should primarily be perused with the great world religions, with their ancient literary traditions. So interreligious dialogue morphed into learned conversations between scholars of different traditions as they pored over one another's sacred texts. Oral traditions were dismissed as something less worthy of consideration.

Today, we are belatedly realizing that humankind can no longer indefinitely exploit planet Earth. Indigenous people are very aware of this and today are often found spearheading resistance to overfishing, to mining, to milling Indigenous trees, or to turning forests into enormous cattle ranches — to cite but a few of the instances of unchecked exploitation.

There is much we can learn from the oral traditions of tribal peoples around the world, and fortunately scholars are now recognizing the importance of dialogue with tribal peoples.

A good entry point for such discussions, and hopefully solidarity with tribal peoples in the struggles against multinational corporations, would be our recognition of the immanent presence of the Holy Spirit in creation. Nineteenth-century English Jesuit Gerard Manley Hopkins reminded us that "the world is charged with the grandeur of God," and "the Holy Ghost over the bent World broods with warm breast and with ah! bright wings."

Pentecost is a time not only to reflect on the birth of the church, but more importantly to ask what the ancient prayer, "Come, O Holy Spirit, and renew the face of the earth," means for us today.