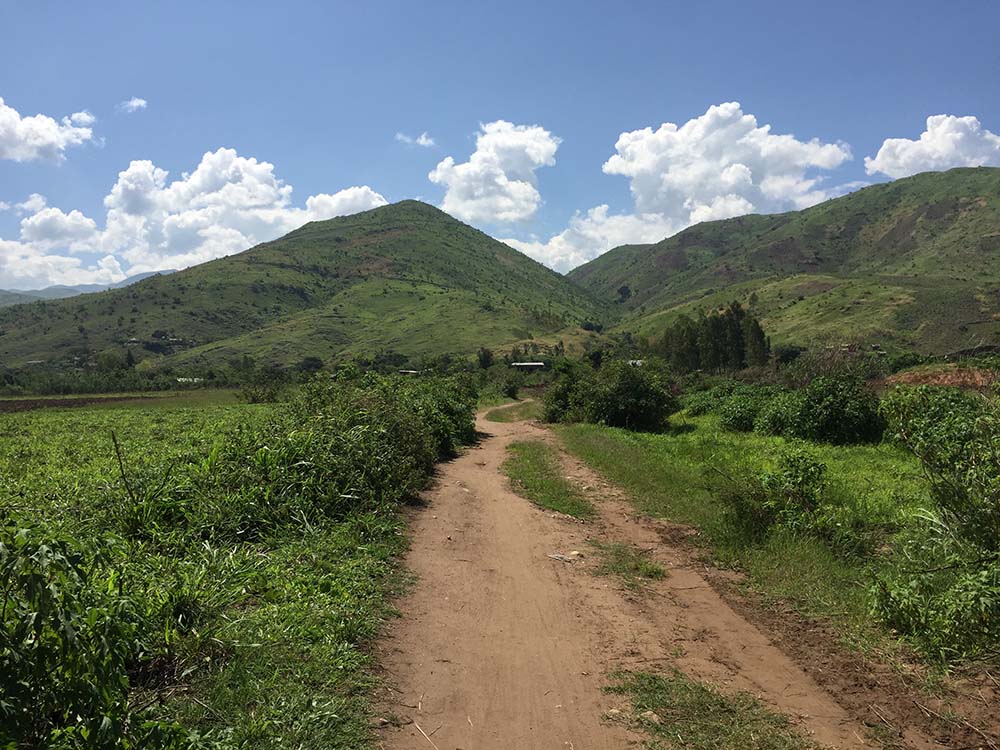 My country, the Democratic Republic of Congo, shares borders with nine countries. It holds a prominent place in Africa because it has much to contribute to the development of its neighbors and to the entire world. Its immense marine and land biodiversity — including the second largest rainforest in the world — is a benefit for the entire cosmos.

The Congo River is the second longest river in Africa, next to the Nile, and is the deepest in the world, with the potential to electrify the entire African continent.

The Democratic Republic of Congo has an arable land mass of 80 million hectares to feed our own people and more. Unfortunately, we commercially export agricultural goods of coffee, palm oil, cotton, sugar and tea; 70% of our employed population are subsistence farmers who raise cassava, rice and green vegetables for food.

Another major gift of our vast country that is both blessing and curse is our mineral resources: cobalt, copper, diamonds and gold. These draw the eyes of our neighbors near and far, both internal and external, and frequently lead us into conflict. Consequently, wars have been with us on and off for many years.

China has been a major trade partner with the Democratic Republic of Congo for the past 25 years. Our huge forests provide wood for export and construction of cargo ships that we sell to China.

In 2008, the Chinese government came to former President Joseph Kabila, offering to assist the Democratic Republic of Congo with road construction — a much-needed development in our country. 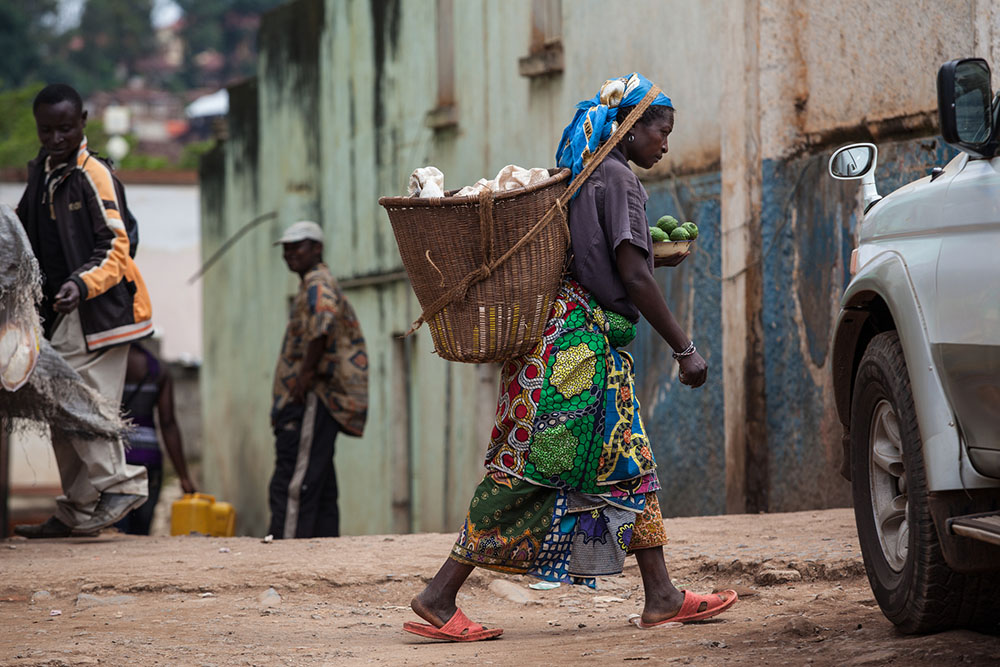 A woman carries a basket on her head on a street in Bukavu, Democratic Republic of Congo. (Dreamstime/Ekaterina Tsvetkova)

The unique deal was to construct a road connecting Bukavu, the capital in the north region of South Kivu, to Shabunda. As time went on, and road construction was not progressing, it became apparent to the locals that the Chinese actually had their eyes on the gold of the area, and the road was never completed. Instead, artisanal gold mining became the primary goal.

They began their development in the Ikita forest, calling the first mine Ikita Site. The people watched them install robots that began dredging the Elila River for the project. They hired a manager, a senior lecturer at Bukavu Pedagogical College, which gave the appearance of local collaboration. Some of the local people assumed he took the position to earn extra money, as teachers are paid very little, and wondered if he knew how corrupt the situation was.

The community also questioned why the government had authorized this project along with other sites in the same region: one in Bakongo, a village about 3 kilometers from the first, and from there, a third and fourth in Sugulu village nearby.

The progression of sites did not stop. Local people were hired to work, but some of them began to question what was happening when promises of wages and other benefits did not appear.

They quickly began to realize that not only their rights were being exploited, but their rich forest and rivers were being destroyed. The whole ecosystem was under threat. One by one, palm groves disappeared, cassava and rice fields were gone, fish ponds became mining sites as workers panned for gold. Moreover, as large equipment moved in, it was clear that what had begun as artisanal mining had now become large-scale mining for gold.

Even though agreements with local authorities were signed, they were not being honored. The agreements had included compensation for taking over farmers' fields and ponds, promises to construct water sites, schools, health centers and community markets. These did not happen. Promises for water sites became mere rehabilitation of a few village water taps. People were angry and felt powerless to do anything.

As local populations became more disgruntled, in September 2021 they, with civil society representatives in Mwenga, began to organize protests and demonstrations to force the Chinese to leave the area, often burning tires in public places and destroying equipment. But these actions did not move the Chinese.

Aware of the ineffectiveness of these protests and demonstrations, the people appealed to the provincial and national political and administrative authorities of Bukavu and Kinshasa for help. At first, there was little response, but eventually, the national government in Kinshasa sent the federal army first, to dispel the protesters and then to set up an investigating commission to find out what was happening.

After some months, committee reports revealed that the Chinese could offer no evidence of official documents that would allow their activities in a foreign country and had certainly not signed any official contracts with the national government to carry on gold mining in this region of the country, except for research permits. Neither royalties nor taxes were being paid to either local or national government bodies, nor was there any reimbursement to farmers for their destroyed crops and forests.

The people appreciated that the investigation took into account their complaints. However, we are still waiting for final solutions.

When this information was reported to the Chinese government, they began to demand that these companies leave South Kivu. It is alleged that six of the companies in the region are investments of the Chinese Communist Party. And, according to reports from November 2021, from the mine areas, the mine operators expect to "bounce back" once the investigation is over and things calm down.

This was not good news for the local people who expected a different outcome. The national government did look into local government officials and there was a temporary suspension of Théo Ngwabidje Kasi, current governor of South Kivu. He has since been reinstated.

We do not know what the future will be. It is full of questions for us. Will our government take control of the situation or just turn a blind eye because of long-standing relationships with China?

We wonder what will happen to the people there who have lost their livelihood. We wonder about the future of the forests and the safety of the rivers. We live in an atmosphere of powerlessness that is painful.

A primary question is: When will our leaders see the people as the greatest resource, so that these outside investments begin to benefit the populations of the country, not just certain people?