'God alone' are words to live by 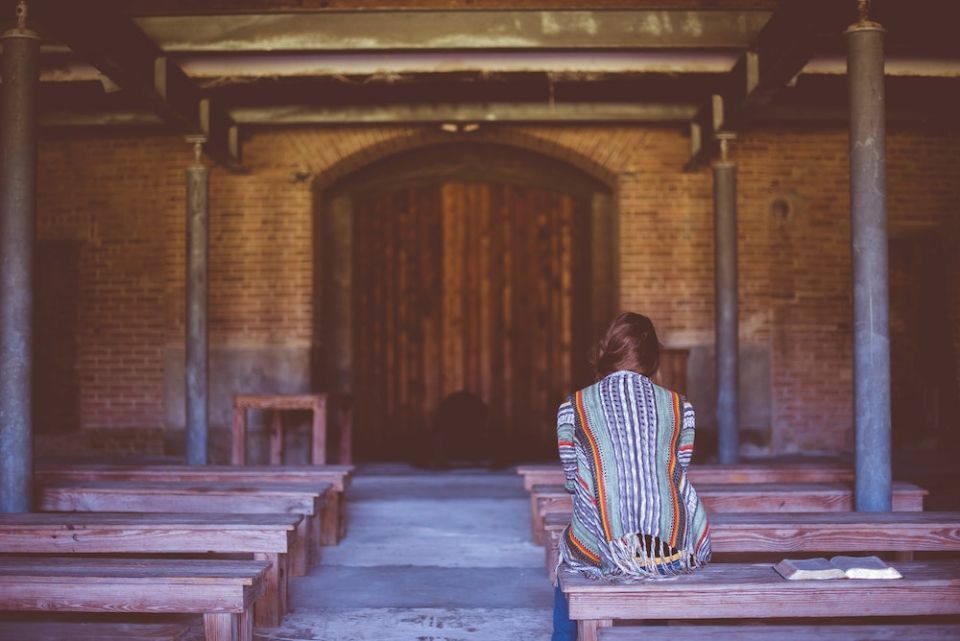 The founder of my religious community, Blessed Clelia Merloni, took the expression "God Alone!" as her personal motto and as the motto she recommended to each of us, her daughters, as a way of framing life. Over the years, this concept has taken on a variety of meanings for me personally, each one of them valuable.

In the beginning of my religious vocation, I came to understand "God alone" as a way of understanding the vows. God is to be treasured more than any monetary or physical reality (the vow of poverty); discerning God's voice in decisions takes precedence over yielding to my own private interests or comforts (the vow of obedience); and love of God is to be expressed in every relationship I have rather than in any one particular, exclusive love (the vow of chastity). I have prayed much with these ideas over the years, and they are each fruitful and comforting.

As I entered into middle age, "God alone" became an expression of where to find my center, my motivation, my raison d'etre. I have come to believe that recognition, accomplishments, even just simple affirmation, are all quite fickle. [Side note: Nothing taught me this lesson faster than being an elementary school teacher. In the course of one single playground duty, I went from being "the most fun teacher ever" during a kickball game, to "the most unfair teacher ever" (same kickball game), to "the worst teacher ever" upon insisting that we heed the bell to return to spelling.]

When I pin my sense of self-worth or identity to public perception or popular opinion, I am putting myself on an emotional rollercoaster at best and a path to personal crisis at worst. Real self-worth and identity can only be found when I center myself in my relationship with God, when I realize that it is God alone who knows me fully, loves me unconditionally, and redeems me daily. It is God's estimation of my actions, choices and being that ought matter, not anything or anyone else.

This has been an important truth to which to return these days, particularly as I try to gain back my footing from the jolt of learning about Jean Vanier's history in L'Arche. He has been a personal hero of mine for as long as I can remember, standing pretty high in my esteem. I will not pretend to have words to capture my thinking and feeling in the wake of the recent news (see Colleen Dulle's article in America and Julian Paparella's blog) but it has provoked my return to the notion of "God alone."

No one belongs on a pedestal. It is both lonely and dangerous. We are meant to live on the earth, grounded in reality and feet firmly planted. Only God is to be exalted to the heavens. For all the rest of us — all the rest of us, saints included — earth is our current home as we journey through the years given us toward our final home in heaven. Humility ties us to the earth, it grounds us, even in its etymology. "Humility" comes from the Latin humus, meaning ground, and humilitas, meaning low or lowly. We would all do well to practice the art of being lower to the ground, being humble. This goes not just for our estimation of ourselves but also for our estimation of all those we admire or strive to imitate. Reminder: God alone.

This could easily turn cynical, I realize. To fail to admire good qualities in another is no virtue. To look at good deeds as potentially hypocritical or as a thin veneer to someone's "real colors" is a pretty dark way to see the world, not to mention our brothers and sisters in it. St. Ignatius teaches us to always assign the best possible motivation to others' deeds, even if it may not ultimately prove true. This is a good maxim not just to hedge cynicism but also to allow for my worldview to be situated in hope, faith and love.

Yes, I was hurt, angered and confused by the news that one of the people I have long admired turned out to be less than the demi-god I had made him out to be. As I prayed about it — and most importantly as I prayed for all those who have been hurt by "professional" religious folks — I realized that maybe my own "pedestal building" has also done damage. When I put people atop a pedestal, I center my attention on them and they become a distant reality in one sense, completely out of proportion to the world around me. They are taken out of the context of reality and become two-dimensional, flat images of whatever virtue I might admire. The three-dimensional person, that person who has both gifts and weaknesses, flaws and beauty, becomes a caricature, and I eliminate the possibility for real relationship because the background against which I view him or her is heaven itself. The truth of the matter is that when I raise my eyes to heaven, God ought be the one I seek.

There is just as much, if not more, danger in allowing ourselves to be put on a pedestal. That doting look after I've said or done something special (whether it's from a stranger or my golden retriever) won't last long. If I fool myself into either working hard to lengthen its duration or believing that I deserve it, then I had better brace myself for the injury to ego that will occur when I fall off that pedestal and land back where I belong — on terra firma.

There are plenty of people I admire without pedestalizing them (and yes, that's a real word). These are people whose mistakes were the result not of malice but of human limitation. My parents were not gods, nor are my teachers, friends, neighbors, role models. No, they are not gods any more than I am — we are all just wayfarers, journeying together through this adventure of life. May we remind each other often of how valuable each of us is to the journey, and also where the source of our real value lies: in God alone.

Spirituality | 'God alone' are words to live by

Kissing frogs along the way