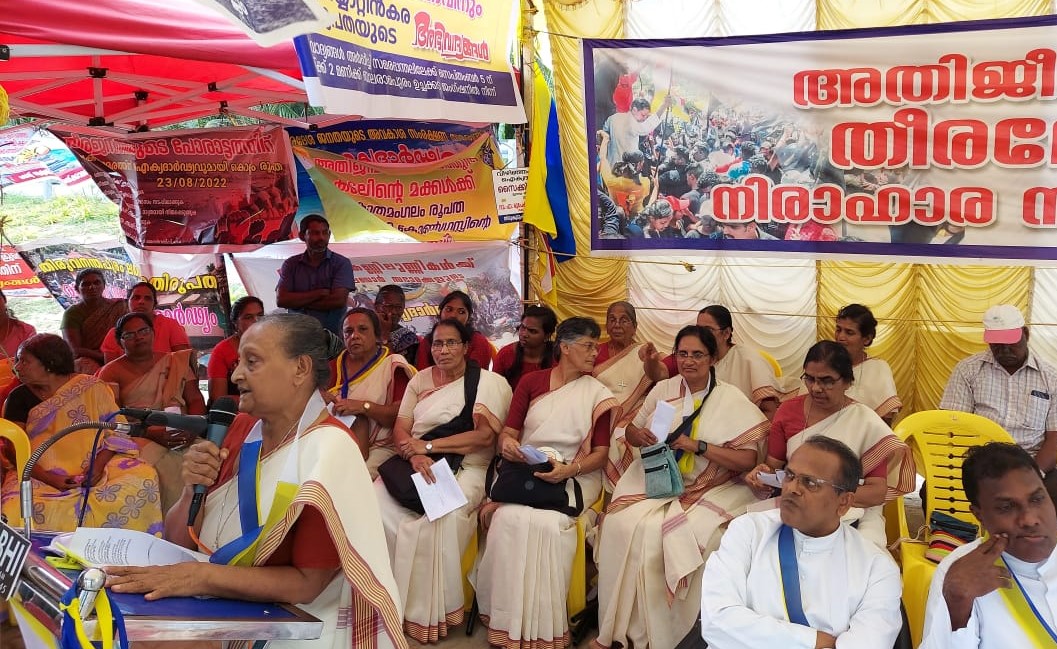 Medical Mission Sr. Theramma Prayikalam speaks at a protest supporting fish workers in Kerala, India. She has supported their cause for 30 years. (Courtesy of the Medical Mission Sisters)

The news channels covered the story of Cyrus Mistry, who was killed in an Ahmadabad-Mumbai highway accident on Sept 6. Mistry was a 54-year-old man born into one of the richest Parsi families in India, and he was the former chairman of India's prestigious Tata Son conglomerate. It is indeed sad news, and the family deserves heartfelt condolences and prayers for his departed soul.

Mistry and his friends were traveling in an SUV — a Mercedes Benz GLC — which hit the railing of a bridge; two of them died on the spot. The driver, a gynecologist, and her husband were injured, too. News reports cited backseat passengers without seat belts. Others said excessive speed and a structural problem with the bridge could have contributed to the accident.

Prime Minister Narendra Modi said, "Mistry's death is a big loss to commerce and Industry, as he was a promising business leader." An outpouring of similar responses came from VIPs and people from the business world. The 2021 National Crime Records Bureau report states that every year there are half a million road accidents, 1.5 lakhs (150,000) fatalities, and 3 lakhs (300,000) injuries in India. According to The Times of India newspaper, two-wheeler accidents are the highest, with 45% accidents due to dogs and 25% due to cows on the road. If you are not living in India and reading this, know that the dogs and cows freely roam in public roads!

Why are some deaths more "shocking and newsy" than others? I don't deny the fact that the contributions each one makes differs. The Indian Constitution Article 14 reads: "The State shall not deny to any person equality before the law or the equal protection of the laws within the territory of India." Similarly, the United Declaration of Human Rights, Article 1 says: "All human beings are born free and equal in dignity and rights." In real life these words are only on paper! The world measures your worth depending on what market value you hold — the wealth and influence you and your family hold makes the difference. 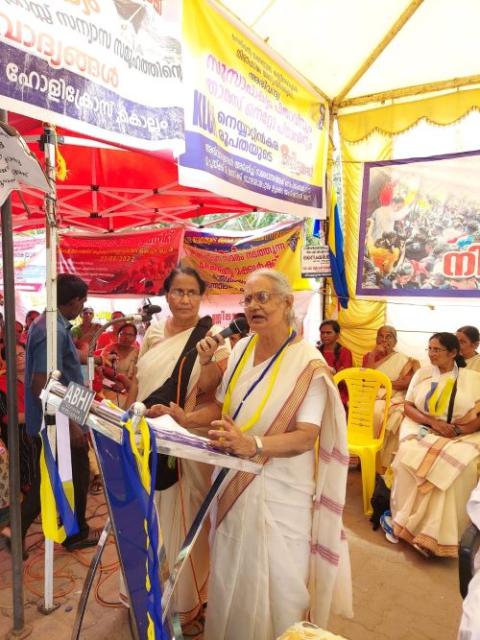 The market values and the Gospel values contrast sharply. Jesus showed us a different set of values, which is not only hard for the world to grasp, but also difficult to follow in this competitive world, even for the religious. Consider Luke 6:20-23:

God values the human person, and the market values one's wealth. For God, the love and dignity toward human persons never changes, while the market value can fluctuate, moving up or down depending on your wealth and financial status. His entire life Jesus fought for the dignity of human people and all four Gospels narrate story after story that illustrate that; even the woman caught in adultery was precious to Jesus (John 7:53–8:11). In that Gospel account, "… they said to Jesus, 'this woman was caught in the act of adultery. The law of Moses says to stone her. What do you say?' Jesus protects her dignity by challenging them, 'All right, but let the one who has never sinned throw the first stone! After everyone left, he told her. 'Sin no more.' "

Jesus did not mean that all should become poor to attain the Kingdom of God or to weep bitterly to laugh later and so on. The message is clear: If you have wealth, share it with those who are less fortunate, or live with an attitude of no attachment to things or people. He is surely against hoarding, as he said in Matthew 6:26-34: "Look at the birds of the air, for they neither sow nor reap nor gather into barns; yet your heavenly Father feeds them. Are you not of more value than they?"

The market, on the contrary, can tempt you to buy more, have more variety, so that you will be happier with the name, fame and reputation — priority values of the world! The craze for fame may have played a role in a case in which The Times of India reported that a 19-year-old serial killer was nabbed in Madhya Pradesh for killing five security guards. His mom said that before leaving the house her son Shivprasad Dhurve reportedly said. "The world will know me soon." The news report suggested he may have been influenced by watching a movie called "KGF-2s Rocky Bhai."

Our daily news brings information about the life of celebrities and rich people. Recently India's Gautam Adani earned made $121 billion USD) in eight months, becoming the third richest in the world. The current system supports the rich getting richer while the poor are becoming poorer. One example is the ongoing protest at the Adani Port in Vizhinjam, Kerala. It is not so much a protest toward the person of Adani or the government as it is a protest to safeguard the life and livelihood of millions of the fish workers who are losing their homes impacted by the work done in the area and some are already in temporary sheds.

The protest has been intensified by nonviolent means like hunger strikes by the people — including Catholic bishops and priests in solidarity with the people — challenging the state and central government to do justice to the people. The protesters are branded as "anti-developmental," while the life of the poor does not matter to those having "great market value." It reminds me of the words of the late Dr. Paul Farmer, who said, "The idea that some lives matter less is the root of all that is wrong with the world."

Since 1975 the Medical Mission Sisters were part of the struggle of fish workers in Kerala, living among them and working in solidarity with them. In 1984 Sr. Philomin Mary was the first religious to go onto a hunger strike for 21 days to demand justice. Sr. Theramma was arrested for participating in the strike as well, with many other women and a team of Medical Mission Sisters.

They were just following Jesus, whose priority always was the poor, the sick, the women — who were marginalized — and for him they are the beloved children of God. His reminder to his disciples is "if the world hates you, know that it already hated me" (John 15:18). All those who follow the Gospel can expect hurdles like those Jesus experienced, and martyrdom as well. The market will despise you and ignore you as insignificant, but it is a litmus test of your choice to live the Gospel values.

By the way, what is your market value?