Q & A with Sr. Mary Rashmi, empowering Masai women and girls in Tanzania 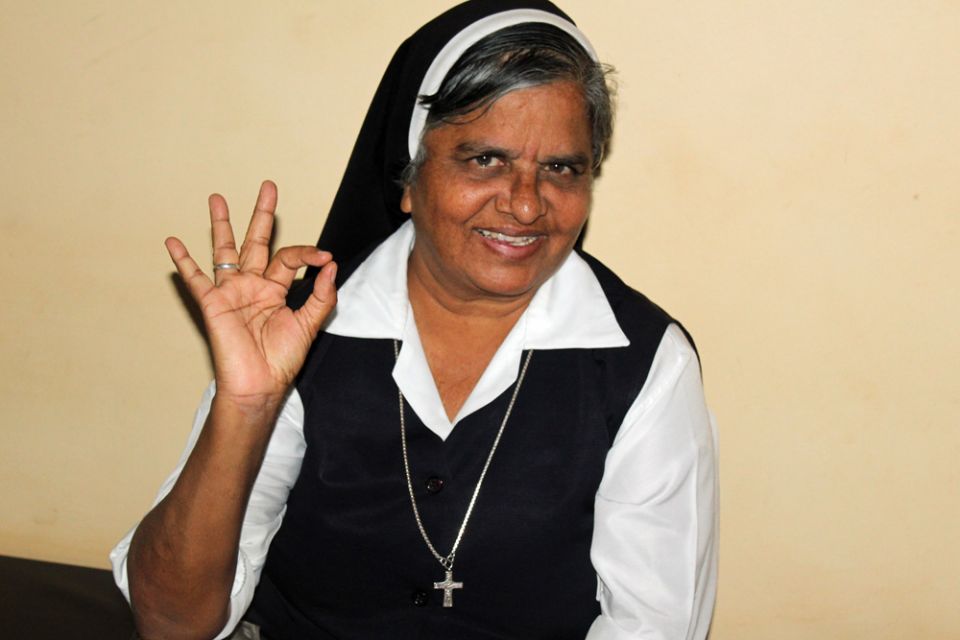 Simanjiro, Tanzania — When Sr. Mary Rashmi was deciding whether to volunteer in Africa, she had no clue what she was going to face, but her passion was always around women's empowerment.

"I didn't know a word in the language of the people I would come to live and work with," she told Global Sisters Report. "The more I prayed about it, I felt a burning desire to reach out, to take the risk, to leave everything into the hands of our good and provident God."

Rashmi, a Notre Dame Sister, came to Africa from India in 2002 and began working with the Masai community in Simanjiro, Tanzania. She realized the Masai women were among the poorest and most marginalized groups in Tanzanian society, she said.

The Masai are a semi-nomadic people who live under a communal land management system in northern, central and southern Kenya and northern Tanzania. They are known globally because of their unique culture and dress. They live near the many game parks of the African Great Lakes.

In Masai culture, men look down on women and make all of the decisions. Women face many challenges that include access to education, female genital mutilation and early marriages. They take care of all the daily chores, such as cooking, cleaning, fetching water and firewood, and taking care of children and livestock.

Rashmi, from Kerala in southwest India, is slowly changing the negative mindset of Masai elders as well as empowering women. She started a local women-led organization, Zinduka Women's Center, that works to improve the lives of Masai women and children by increasing their access to social services and economic empowerment.

"I wanted them to realize that discovering resources within is better than what they can receive from outside," said Rashmi, 65, who has also built several schools in the region for the Masai people. 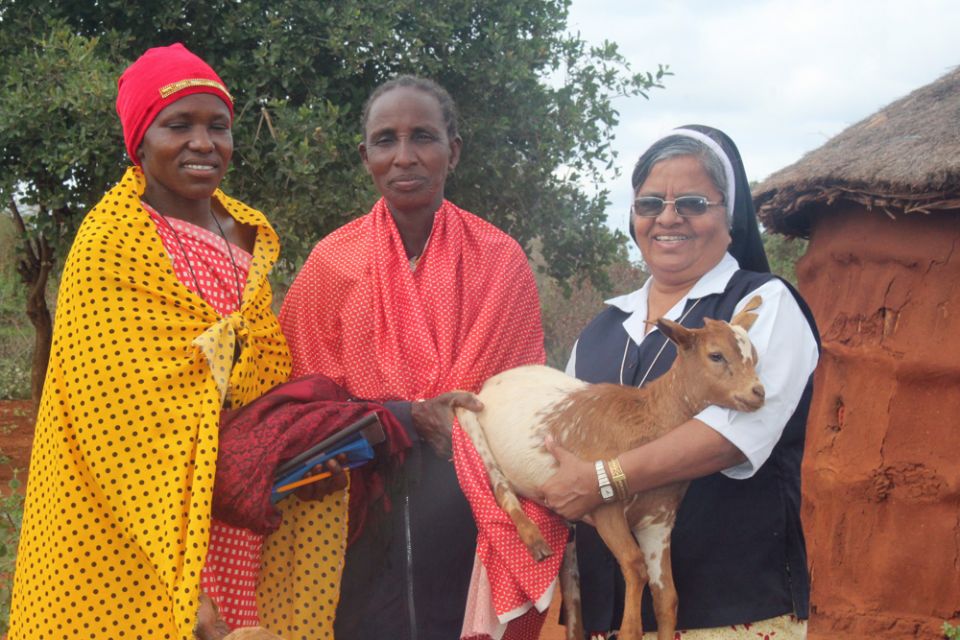 GSR: Sister Rashmi, please tell me a little about yourself and your work with the Masai community.

Rashmi: After working with different groups of people in India, I came to Tanzania in 2002 and started a women's center in Arusha in 2003. As I got involved with many activities there with women and children, I also started reaching out to the Masai in Simanjiro from 2008 and started preschool education there for 87 Masai children, who sat in the mud and wrote in the soil with their fingers. That was the first step, which has led us to this day with many other activities.

How did you end up in northern Tanzania with the Masai people?

When I was in Arusha, I came across Father Karduni, a Masai priest from Simanjiro who was in our parish who often talked about the challenges faced by the Masai people. The more I heard about them, I wanted to reach out to them. Later, I made many fact-finding trips with sisters to Simanjiro, meeting the people, sleeping in the Masai boma of a grandmother and building up good relationships with them.

You are empowering women and helping Masai children access education. Is this about gender equality, or does it go beyond that?

The Masai community of pastoralists were mainly a nomadic group. Now, they are settling down. The vast majority of them are illiterate and busy with their livestock. It was important to create awareness among them about the importance of education for all. We gave more importance to the girl child, as the status of women was very low.

Can you talk about your experience working with the Masai people?

The Masai community as a whole is very hospitable, friendly and cooperative. I have never come across another group who is so united, sensitive and caring during times of joy and sorrow. I have been much enriched working with the Masai people. Their traditional practices are very important to them. So we have to move along with them, respecting their ways of doing things.

Masai women were treated as second-class citizens: no voice in decision-making and not allowed to own anything. But the men allowed them to be with me once a week to meet in groups. Empowering the women has brought about new life among the Masai people of this area. Women have a voice in public meetings. They have accepted various responsibilities in the church, in small Christian communities and in the village government. Women have started owning livestock and have small micro-credit programs. Some even pay for the education of their children. 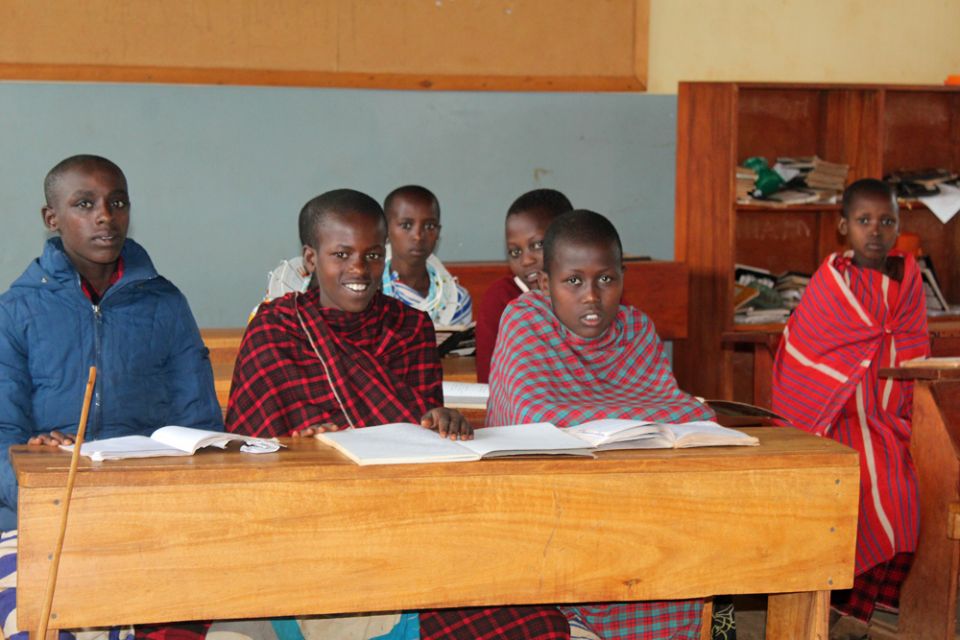 What have you achieved in your pursuit to ensure Masai children access education?

Our efforts to encourage the Masai community to educate their children have not been in vain. Their attitude toward education has improved, but they have a long way to go. Most of the children are busy taking care of the cattle, goats and sheep. We motivate the people by celebrating International Day of the African Child, encouraging them to come to the presentations of our schoolchildren, etc. More and more people are bringing their children to school.

What are specific things you are doing to help support women?

First of all, I organized the neighborhood women into small self-help groups of 10 to 15 members. We met once a week, listened to what each group was trying to do, started small savings as groups and discussed microcredit programs that each group could do.

The next step was to register the groups at the district level and to open their own bank accounts. Bylaws of the groups had to be shared and finalized, and leaders had to be elected. A revolving fund was made available for women to start small business. Along with the celebrations of International Women's Day, fundraising was done through the member of the Parliament and local leaders to help the women.

Women were also given training in bead and leather work, bread-making, greeting-card-making, etc. Once the women started having their own resources, eight groups of "merry-go-rounds" (every member contributes a small amount, and there will be a lottery every week for the one who will receive the money) were started. Every group had around 30 women. This helped eight women to improve her business every week. Other nongovernmental organizations came for the registered self-help groups, offering them other income-generation programs like beekeeping.

What do you do to improve the women's spirituality?

Helping the women realize their own self-worth and dignity, we have given a new face to them as God's beautiful creations. Now, the women are appreciated more than before for what they are able to do. Earlier, wife-beating was very common. It has begun to disappear. Groups like Catholic Women of Tanzania are becoming more active and alive, and 60% of the church choir are women. 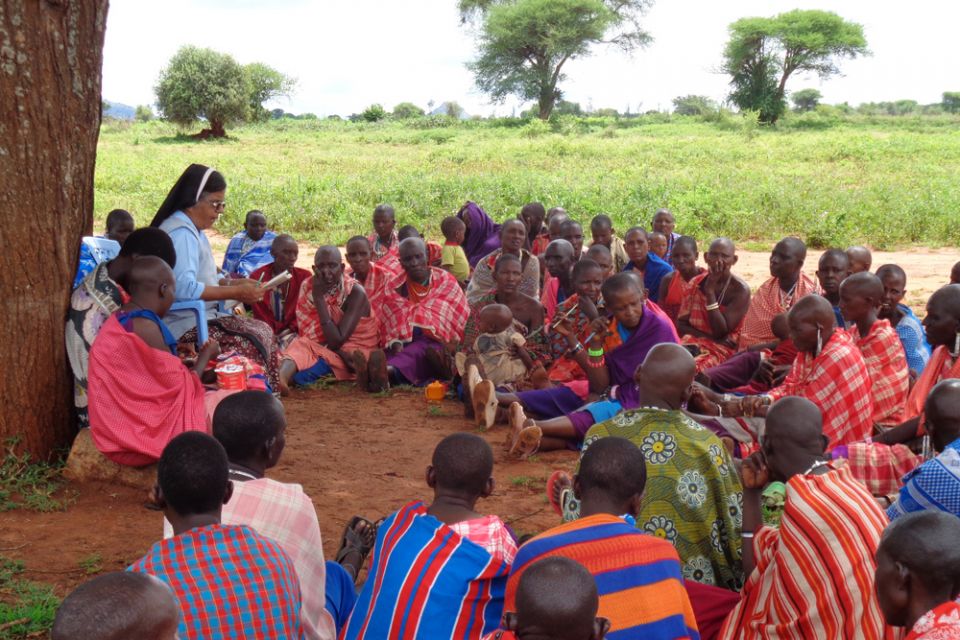 Can you share your personal view of the women you've helped and what sets them apart from others?

Women who have been part of our self-help groups have become confident and outstanding in many ways. They are able to organize celebrations, share responsibilities and finances, plan budgets, etc. During these few years, they have shown tremendous growth and empowerment. They are also able to support their families much more than before.

How did you start this work?

After visiting the women and getting to know them, I started talking to them about the advantage of women's groups. I also took the help of local women to gather them together because of the language barrier. The women preferred to come together to the center once a week rather than animators meeting with them in their own areas.

The first step was to encourage women to have small weekly savings so that all the women could have a goat each before Christmas, which at that time was eight months away. All 13 self-help groups were so excited that all worked hard. In three months, 165 women had a goat each. That gave them a great boost to continue together in groups.

What are some of the challenges you face, and how do you solve them?

We live 150 kilometers (93 miles) away from Arusha, from where all purchasing has to be done. We depend upon public transportation, which is often unreliable on the rough road. Our parish is 50 kilometers away, and we receive eucharistic celebration once a month.

Regular attendance in the weekly meetings is a big challenge for women, as they have many responsibilities. Members of the Masai community have to share every activity of traditional celebrations — marriage, circumcision, those passing from one stage to another, death and funerals, going to the mountains to care for the cattle and so on —which also affects the women's regular attendance of group activities. They have to go long distances for water and firewood. Simanjiro is a drought-hit area, and water is a big problem.

All the work concerning the farm or making of a boma is done together as group. Some men force the women to give their livestock and money to them. The other nongovernmental organizations who offer help to the groups try to hijack the groups, and sometimes, women are confused going here and there. I tried to motivate the women by offering some gifts like goats to the groups that are doing well. Men will absent themselves from any program if a child or a livestock is lost, and hundreds of them will comb the forest for days looking for the lost.

What have you achieved so far?

The women who have been regular and cooperative in the groups have become more confident and self-reliant. They have been able to make and sell some of the traditional bead or craft items. I have also provided exposure to other communities to the women, like joint celebrations of International Women's Day with other groups in the village. This year, we welcomed Notre Dame Zinduka women from Arusha for a get-together and celebration.

Several groups have many goats, sheep or cows, 20 beehives each and small businesses. Our school is registered and has national exams this year. A boarding house for the Masai children has already been started.

I was able to motivate the Masai community, including local leaders, youth and women, to complete our local church. We used to pray under the tree. There is new awareness toward education and development.

What other projects are you planning for the Masai community in the future?

I want to bring up the standard of our school with quality education. I hope to get one more tank built for rainwater harvesting, a dining hall for the school, a multipurpose hall for the boarding house and roofing for our school courtyard, which could be used for common meetings of the parents, guardians and the students. Now, we gather in the open place. I am trying hard to motivate the village government and others on the district level to make a road connecting our school to the village center. 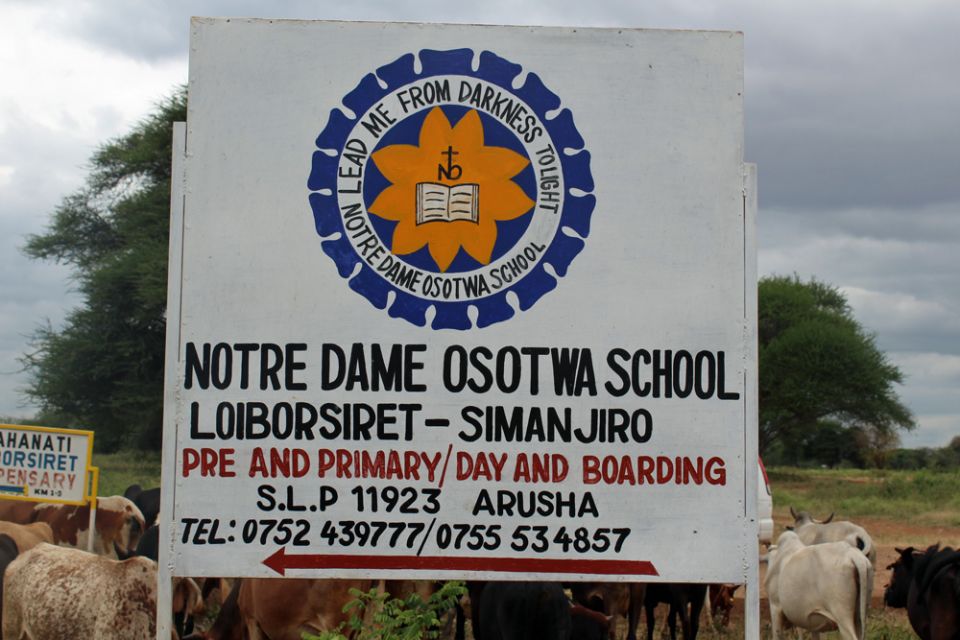 What advice can you give to other religious women who aspire to become missionaries?

Before we plan programs for any community, it is very important that we come to know the people, their traditions and language, their needs and problems. It is also important to tap the local resources and join hands with the people to achieve what they need to achieve. Offering things and money without clear-cut goals will only spoil the morale of the people. We should journey forward together with our people.

Anything else you would want to add?

I find much meaning and enjoy our mission among the Masai people! It has taught me many beautiful values and lessons. I hope many more will find meaning in such mission. All who have worked here have gone back with great appreciation and gratitude for the opportunity.

I'm learning how to recognize God in the office work

Unleashing creativity: enhancing the lives of women in India

Q & A with Sr. Rose Pacatte on the intersection of theology and film

Q & A with Sr. Elizabeth Zwareva: 'When egoism ends, wars too will end'