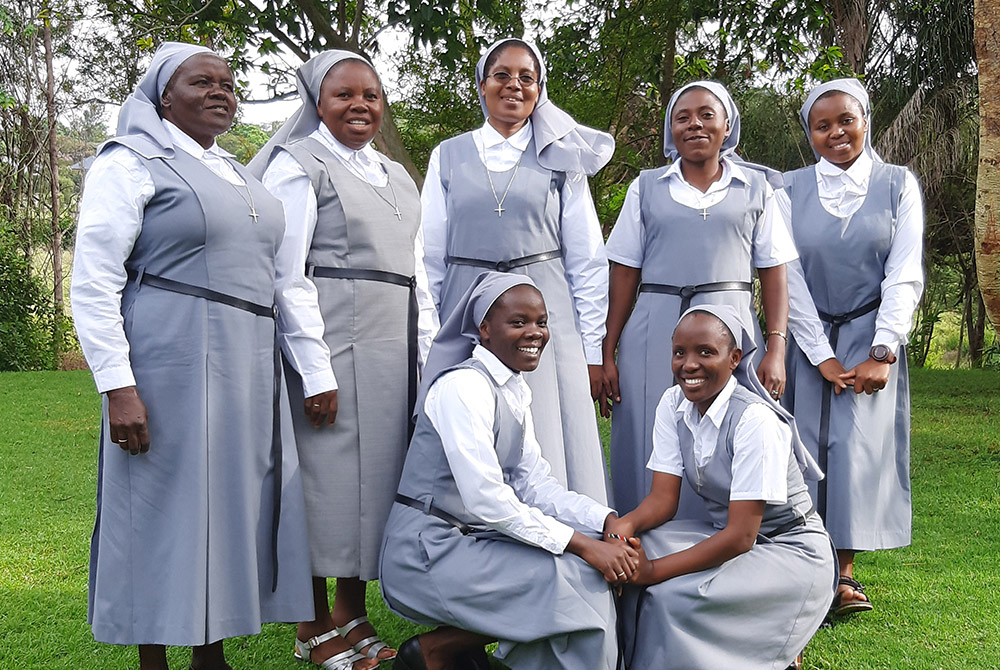 I am an Oblate of the Assumption from Butembo/Central province in the Democratic Republic of Congo or DRC, but am currently a missionary in Tanzania, and provincial of our East Africa province. We Oblates are missionaries by vocation, and yet, when the call comes, it can still be a difficult surprise.

My vocation was inspired by our missionary sisters who came to the Democratic Republic of Congo from France in 1935. They taught me in secondary school and I admired them for giving their entire lives as missionaries in our Diocese of Butembo-Beni. These simple, open women were easy to approach with our problems or worries, or even to ask them about their life as sisters.

One day I got up the courage to talk with them about entering the community. When I explained to my dad what I wanted to do, he said, "I thought you wanted to go to university." I agreed that was true but I was also very aware that he was struggling to pay our secondary school fees, and I still had young brothers and sisters who were just beginning their education.

In Africa, marriage comes first in many families, but not for my dad. He valued studies first, and had a master's degree in telecommunication that enabled him to work in national post offices. Even our value in the family was based on how well we performed in school. I did well, so I was a favorite daughter.

I took first vows in 1994 and immediately was sent to Waltham College, a constituency of Cambridge University in London, to study teaching English as a second language. I spent each summer in seminars for junior sisters in Wales, Ireland, France and Belgium, which was really wonderful. I finished my studies and returned to Butembo in 1997, where I was assigned to Malkia Wa Mbingu, Our Lady of the Assumption school. I enjoyed teaching very much as it put me in contact with youth.

In 2000 I was sent to France for a course of formation for formators, with the intention of joining a team of formators in the Democratic Republic of Congo. However, at the end of the one-year course, I was surprised at being sent to Tanzania instead. This was a shock because I looked forward to joining the team in the Democratic Republic of Congo. Transition to the Tanzanian culture was also a shock. In the DRC no one asks about what tribe you are from — since there are over 400. But in Tanzania, it is a common question and it took me some time to develop a description of my tribe. At first, I took the question defensively, but then learned that there was no mischief intended. It was just a way for people to know where you were from. Once I got over this, I fell in love with the people, and I know that when I am sent to another place, I will miss them very much. 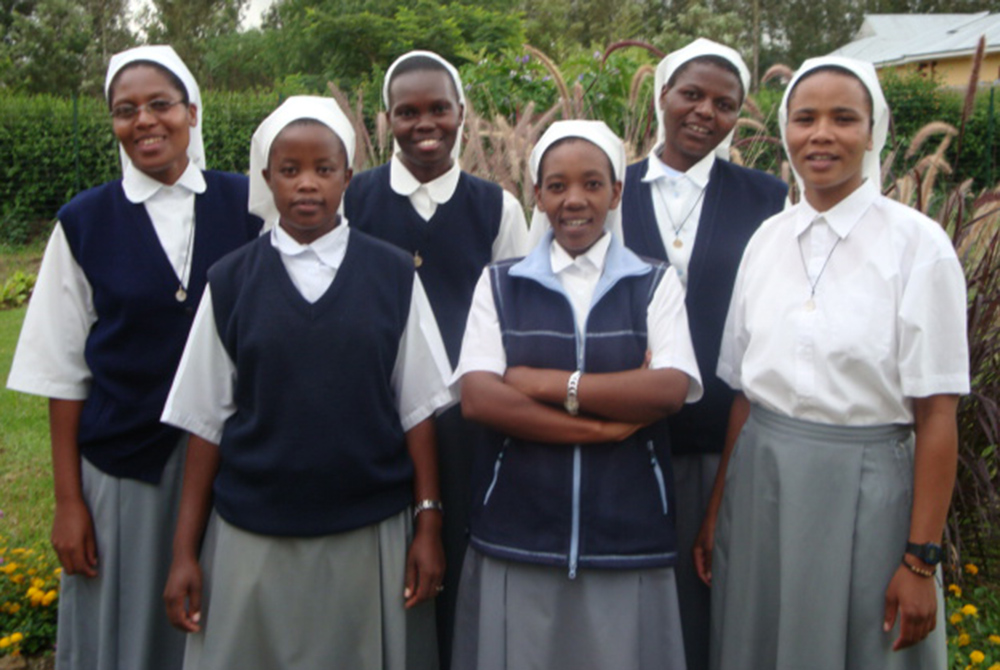 My first assignment was as secretary to the archbishop of Arusha. Because I had no training in secretarial skills, there was a steep learning curve, but it gave me opportunity to attend meetings in many places inside and outside of the country. At the same time, I also accompanied one or two girls in initial formation because we did not have a novitiate until 2008, when we set up our first multicultural formation house. I felt lucky to be appointed its first novice mistress, so I could put into practice what I had learned at the formation course in France, and from courses I had attended in Kenya and Tanzania as the archbishop's secretary.

Being in formation made me grow, as I listened to the young women's personal struggles and learned from their cultures. However, the primary learning was that it is the Holy Spirit who forms and transforms us as persons. We formators are only to humbly follow that leading. The most difficult part of the work was having to ask someone to leave, and helping her to understand the reasons; the most joyful was accompanying others who made final vows.

More surprises came in 2011 and 2017 when I was made superior of Tanzania and Kenya region, and then provincial of the newly formed province of East Africa that added Uganda and Rwanda. Past experiences as secretary and novice mistress, collaborating with other congregations and dioceses, prepared me for these periods of leadership. Through these years, our sisters have expanded our ministries of evangelization in parishes, education and health care, along with working with Maasai women living and carrying heavy family burdens in the Loliondo of Tanzania, working against human trafficking and creating microfinance systems for single mothers.

Although being a missionary is exciting, it also requires that we leave all behind. I missed home, and love my country, even as it struggles with many problems. The Democratic Republic of Congo is one of the largest countries in Africa and boasts the Congo River, the second longest on the continent, after the Nile, and one of the longest in the world.

Unfortunately, it has experienced serious unrest ever since the 1997 fall of President Mobutu Sese Seko, our longest-serving leader. Since then, war is part and parcel of daily life. Every family has lost loved ones, and children who lost parents and families have had to run from their homes — even to other countries for safety.

There are many current and historical reasons for the ongoing war in the Democratic Republic of Congo. A significant one is the rich variety of minerals blessing our land, particularly cobalt, needed by the entire world for technology. This potential wealth has led to complicated and conflictual national and international relationships involving private and national interests. The internal and external complexities have become our curse. Wealth that should benefit all the people goes instead to only a few, both inside and outside of our country, while thousands here at home are inflicted with suffering, caught between the competing parties.

Besides being rich in minerals and having a huge river in the west that could potentially provide electricity to nearly the entire sub-Saharan continent, eastern DRC had been known widely as a rich agricultural area. In the past, our coffee and cocoa quality was considered among the best in the world, but with war and dramatic changes in climate, even agriculture has diminished.

The once dependable seasons have been upended. In the past we could clearly recognize seasons, but now rainy seasons last a much longer time, bringing with them many tropical diseases. Malaria, more prevalent than ever before, is devastating hundreds of lives, including very young children and babies. All of this is heartbreaking, because with an honest, strong government, the Democratic Republic of the Congo could be one of the leading countries of the world and could care for its people well, rather than letting us be destroyed.

It is painful to watch my country from afar and know about all the suffering people. However, that distance is the consequence of the missionary vocation. In the meantime, Scripture encourages us to "work for the good of the country to which I have exiled you; pray to God on its behalf, since on its welfare, yours depends" (Jeremiah 29:7).