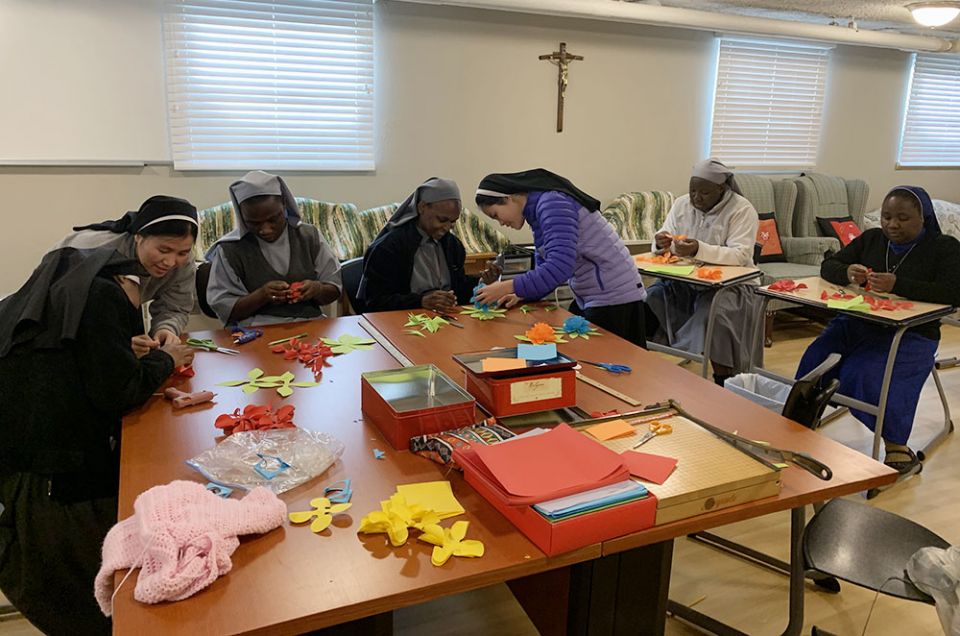 It all began with a dream — the dream of a German noblewoman named Pauline von Mallinckrodt, foundress of the Sisters of Christian Charity. Her dream — to assist in the spread of the kingdom by exercising every work of charity in their power — has become a reality in many ways at Assumption College for Sisters in Denville, New Jersey, especially today as it seeks to educate women religious from around the world.

When von Mallinckrodt founded her community in Germany in 1849, she was convinced of the surpassing value of the ministry of education, and she required her young sisters to become as professionally qualified as their lay counterparts.

Only four years after the congregation's founding, she established a school for teachers at the motherhouse. Intent on their religious formation, she also provided an integrated program of spiritual, intellectual and cultural development.

This new congregation flourished. However, 20 years later, the Kulturkampf suppressed the teaching ministry of the sisters in Germany.

In 1916, the motherhouse and normal school transferred to Wilmette, Illinois, and in 1923 the normal school became an accredited two-year college.

Rapid growth of the Sisters of Christian Charity in North America resulted in the need for a geographic division of the North American Province. In 1927, a new motherhouse was established for the Eastern Province in Mendham, New Jersey.

Seton Hall College (now University) in South Orange, New Jersey, developed an extension that allowed it to integrate the academic development and religious formation of our young sisters. Encouraged by Seton Hall, our congregation replaced the extension with Assumption Junior College, approved by the state of New Jersey in 1953.

In 1961, this institution, newly named Assumption College for Sisters, was incorporated as a separate legal entity, authorized to confer appropriate academic degrees on women religious and those in the program of religious formation. Licensed by the New Jersey Commission on Higher Education and accredited by the Middle States Commission on Higher Education since 1965, it is an approved member of the Student and Exchange Visitor System of the U.S. Department of Homeland Security.

In 1999, Assumption College for Sisters began to welcome sisters from Vietnam, Central America and some developing African nations as full-time students living on campus. The sisters represent numerous religious communities, many of which are unable to provide such an educational opportunity because of lack of resources and social or political challenges in their homelands. They join the student body of students who are religious women of congregations here in the United States.

In 2015, changes were made to the Mendham motherhouse, and Assumption College for Sisters relocated to the former convent on a high school campus in Denville, New Jersey. The college remains the embodiment of the heritage of Blessed Pauline, who was convinced that the sisters should be well-prepared both spiritually and professionally to spread the kingdom of God through sound education, from which she said "flows the temporal welfare of the individual and society."

The 20 international resident sisters are fully sponsored (tuition plus room and board), thanks to a strong development program and generous benefactors. The education provides the sisters the formative and professional skills needed to advance their education and prepare them for their apostolic works.

Most sisters who graduate with an associate degree continue their studies at other institutions of higher learning in the United States. They then return to minister in their native lands.

When the sisters return to their countries, they work in myriad apostolates, all of which utilize their newly acquired skills, especially that of leadership. They might be the director of a clinic, the nurse in a hospital, the formator in their house of formation, the teacher in a classroom, the pastoral visitor in a remote village, or the founder of an enterprise to employ young people to serve indigent people. And the list goes on.

Most of us will never travel or minister in a developing country, although the need is great. But through our students, we make a difference in the lives of others. One instructor, reflecting on the Assumption College for Sisters slogan, commented: " 'Teach a Sister … Touch the world' — how do you know? When the world touches back."

One example of how "the world touches back": For the past 15 or so years, I enjoy Easter and Christmas greetings from Vietnam. One sister sends her prayers and heartfelt wishes to me and my family. She was thoughtful enough to send a picture taken with her class. I keep that picture as a reminder of just how many lives we can touch.

Or there was the day I received a note and picture from Africa — a sister teaching science to students in her community in Malawi. I was reminded of her perseverance throughout an organic chemistry course at a four-year college where she had gone to complete her baccalaureate in science after she graduated from Assumption.

Or I remember the joy I experienced when one of my students understood that a complex mathematical equation can be solved more easily one step at a time — a method that can be applied to many of life's problems!

Or having the satisfaction of knowing that somewhere in the world one of our students can look at a food label and understand that, when making a dietary decision, not all fats and proteins are created equal.

Or knowing that a student has been taught to read a graph and interpret data from countless sources — the environment, health information or any other technical area — and thus better understand our world.

Being "touched back" is the most satisfying gift for me. It is the immeasurable reward of teaching a sister. 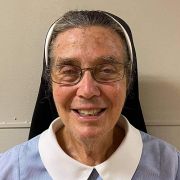 Joseph Spring, a Sister of Christian Charity, has ministered as president of Assumption College for Sisters in Denville, New Jersey, since 2009. She previously taught and served as principal in elementary schools in New York, New Jersey, Pennsylvania and Florida.

Start 2021 by making room for the unexpected

In a year of darkness and uncertainty, we are a people of hope

Sr. Elise García is a bridge for sisters, younger and older, as she assumes LCWR presidency