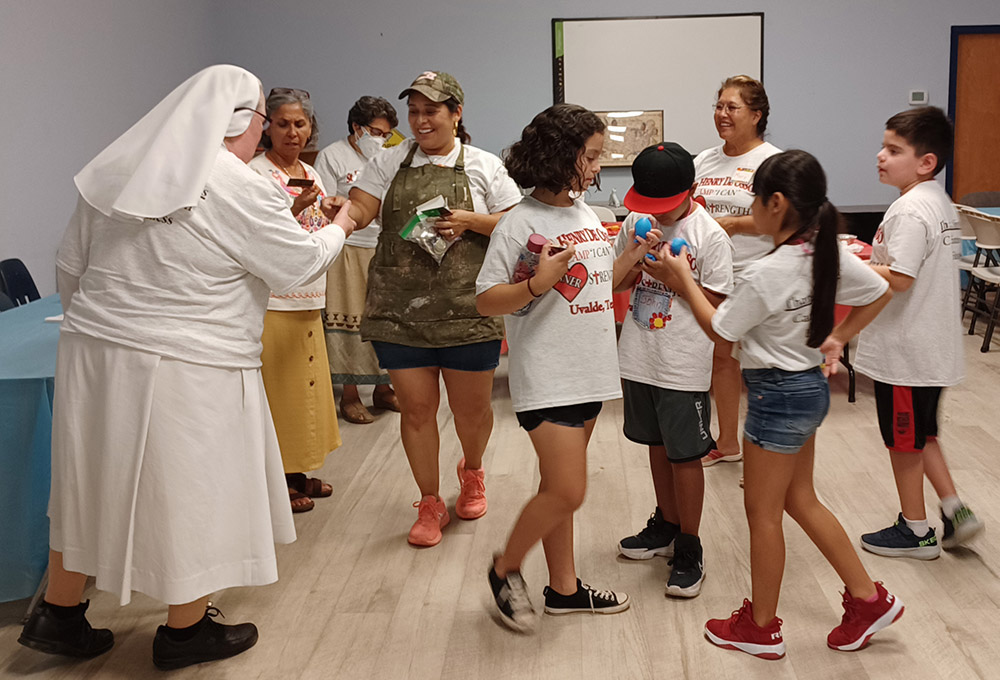 Editor's note: This story was updated at 11:45 a.m. Central time Aug. 26 to reflect that the Conrad N. Hilton Foundation provided funding to Catholic Extension. The foundation is also a major funder of Global Sisters Report

Sirens wailed and helicopters circled overhead as Sr. Dolores Aviles played outside with her grandnieces.

At first, the native of Uvalde, Texas, didn't think anything of it. Residents of her town, about 60 miles from the U.S.-Mexico border, were used to seeing law enforcement pursue human traffickers. Often, a car crash ensued, immigrants jumped out and the chase continued — "bailouts," they were dubbed.

"I wonder what is happening?" her grandnieces asked.

Just then, her adult niece, Teresa Aviles, ran out of the house, saying there was an active shooter at Robb, the elementary school a few blocks away.

An 18-year-old entered Robb Elementary School on May 24 and killed 19 children and two teachers, the worst U.S. school shooting in 10 years. Officials identified the man as Salvador Ramos and said he died at the scene. 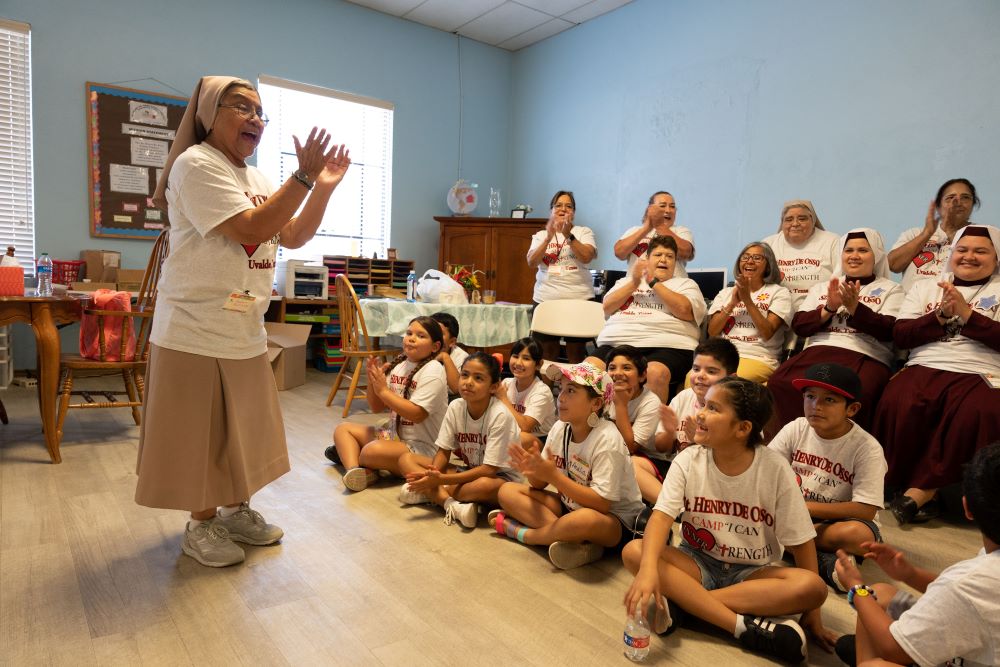 Aviles, a Society of St. Teresa of Jesus sister, was very familiar with the school and knew its students well. For years, she had run reading, math and art summer camps at Robb. She also had young second and third cousins — Tess Mata, Ellie Garcia and Amerie Garza — in the classrooms the shooter entered. By the end of that day, she had lost all of them.

"It was hard for the family," Aviles said. "The funerals were so sad. We made it to almost all the funerals."

In her grief and sorrow, she pondered what she could do to help, so she turned to God for answers.

"This year, because of the massacre, I felt the Lord asking me, 'Don't do your regular camp, Dolores, do something for the Robb students,' " she said. Jesus' words, "Let the children come to me," resonated in her mind. 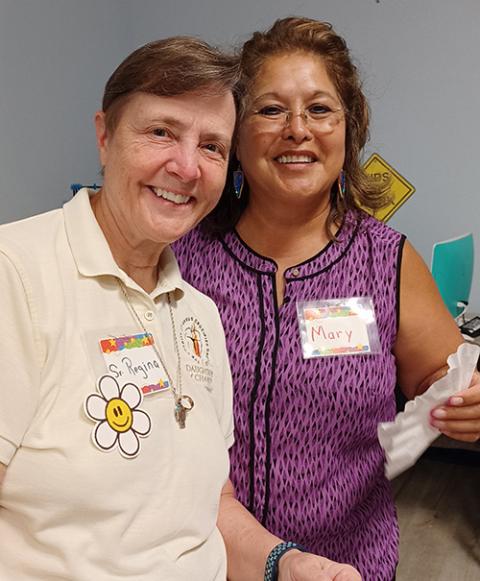 Sr. Regina Hlavac of the Daughters of Charity, left, and Mary Santos, a second-grade teacher from Robb Elementary who led arts and crafts at Camp I-CAN, in July in Uvalde, Texas (Courtesy of Dolores Aviles)

Volunteers, including a second-grade teacher from Robb and 13 sisters from eight congregations, led spiritual activities, sang songs and played games with 25 campers over four days, starting July 25. The goal was to give students a sense of normalcy, help them heal and, above all, let them have fun.

"The camp was just what the doctor ordered," said Oscar Orona, whose son, Noah, 10, had been shot in the shoulder during the attack. He survived by closing his eyes and playing dead.

The day of the attack, Orona was at work after spending the morning at the school for an award ceremony. After that, Noah had asked to go home, but since his mother was recovering from an emergency appendectomy, Orona told him to give her a break. Noah took off toward his classroom, then turned to wave as he got to the door.

"That's the last image I had of him before all this started," Orona said.

Back at work, news of an incident at Robb began trickling in. Like Aviles, Orona thought it was another bailout. 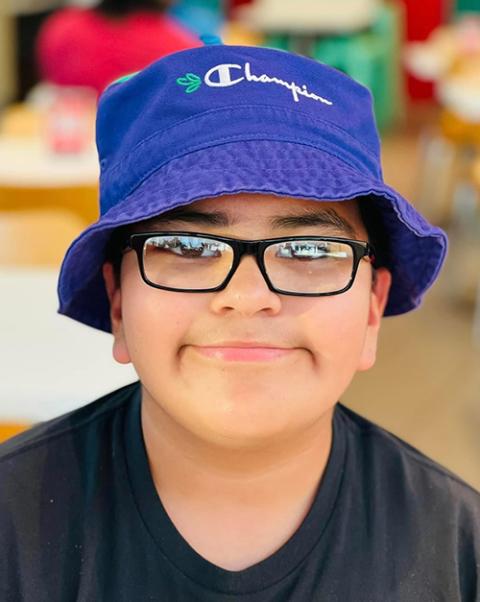 "By the time I got to the school, it was a mob scene," said Orona, who added that the area was so crowded he had to try approaching from a different direction. "As soon as I got out, all you could smell was gunpowder."

Waiting for word about his son at the town's civic center, he saw a throng of ambulances race down Main Street.

Eventually, he was notified Noah was in the hospital, and Orona was able to see and hug him before Noah was airlifted to San Antonio.

Orona said Noah was different after the shooting. He went from being a "happy-go-lucky" jokester who did CrossFit twice a week to a shy, withdrawn kid uncomfortable with people he doesn't know.

"He's kind of jumpy," Orona said. "Any kind of noise or anything like that can suddenly trigger a nervous reaction or response."

At first, Noah was hesitant to go to the camp; Orona said Noah does not like to leave the safety of his room. Before outings, Noah frequently asks where they are going and how long they will be there.

But when Noah visited the Camp I-CAN venue at St. Henry de Osso Family Project, he noticed that his CrossFit gym backed up to the camp. That made him feel better, and he decided to go back, his father said.

"That's what I think he needs, exposure to get back out there," Orona said.

"This Little Light of Mine" became the camp's theme song, sung with "the purpose of going out to be a light for Uvalde," Aviles said. A stuffed 5-foot, 7-inch Jesus sat propped up on a chair for anyone who wanted to give him a hug.

"Through music, through art, the soul heals," Aviles said. 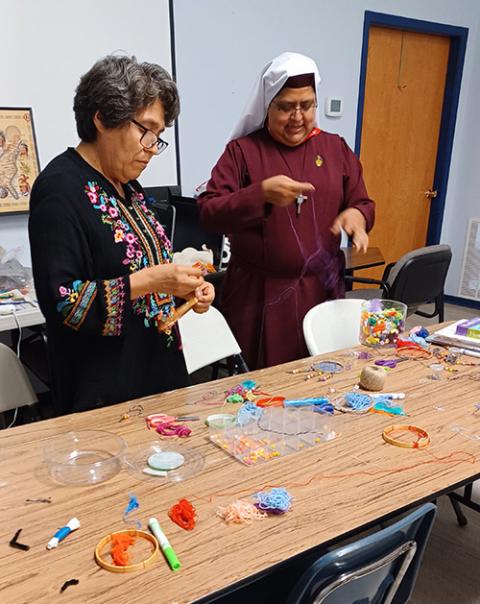 Sometimes, effects of the shooting made their way into some of the activities. If that happened, counselors recommended to tread carefully but to let the kids share, Aviles said.

"I took a deep breath," Suchy said. "I don't know that I really have an answer to that question, but I do know that when bad things happen, God gives us the grace to, as people of faith, to bring good, to bring hope, to bring life."

One day, the campers talked about their fears. They mentioned snakes and thunderstorms, "but then it got deeper," Suchy said.

Noah chimed in, "I hate guns!"

Suchy asked students to write down their fears on one side of a heart-shaped piece of paper and on the other, draw a picture or write a prayer asking Jesus for help.

"Dear Jesus I just wish that I could see my best friend, Maite, and my cousin once again," one girl wrote.

"We processed that, and then we prayed together," Suchy said. "We prayed for the people that had been lost, that we were missing." 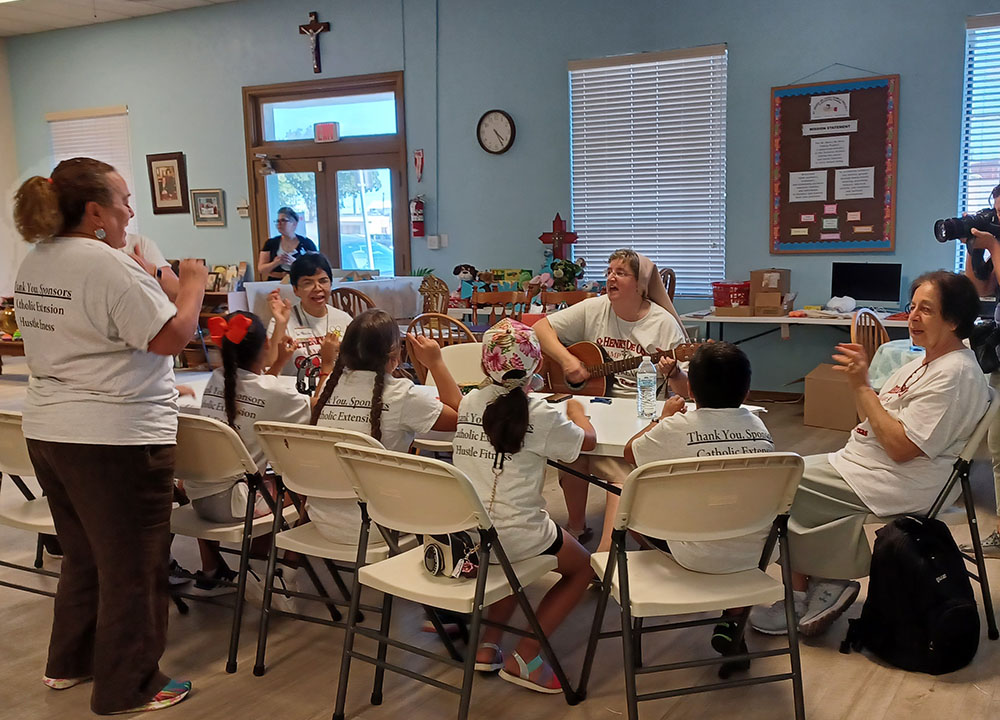 As the camp progressed, Suchy and Aviles said they could see change in the children. They were coming in earlier and earlier each day.

Aviles credited much of the camp's success to the help she received from Catholic Extension, which recruited many of the women religious, including three from Michigan and one from California. The nonprofit also helped provide meals while Hustle Fitness, a local gym, led exercises in physical fitness.

"It was a beautiful experience of the body of Christ because each one of us brought our own gifts and talents and our way of being and our spirituality," Suchy said. "It was just a beautiful sense of working together."

In addition to supporting the camp, Catholic Extension announced it will offer 30 full scholarships to Sacred Heart School, a local Catholic school, for students wounded at Robb Elementary.

The eight orders involved in Camp I-CAN, according to Catholic Extension, were:

"This gift has allowed Noah the opportunity to start school in an environment that he feels safe and secure," Orona wrote in an email to Global Sisters Report. "The classroom size and his teacher allows for the individual attention he needs at this point in his life not to mention the support staff and nuns that are constantly encouraging him."

The nonprofit will support six sisters who were at the school's opening week Aug. 15-19 to offer "spiritual comfort and a presence of peace and solidarity." In addition, it will assist 100 more sisters who will serve the Uvalde community for the next 18 months, according to a Catholic Extension statement. Catholic Extension was awarded a grant by the Conrad N. Hilton Foundation to support the sisters' ministry and the scholarships. (The foundation is also a major funder of Global Sisters Report.)

Aviles' camp was such a hit that the board of St. Henry asked Aviles to provide a smaller version of the camp one Saturday each month. The sister also wants to do something for the parents and hopes to conduct outreach to figure out their needs.

But in her heart, she worries about all the potential mass shooters out there and wants to identify them.

"We have to be able to reach those that are broken and help them heal," she said.

As for the children, Suchy and Aviles said the camp helped bring a sense of normalcy to their lives that will help them transition back to school.

"You could sense that they were relaxing," Suchy said. "They were skipping; they were smiling; there was a lot more interaction."

On the last day of camp, Aviles asked how the campers were feeling. Some said they were excited or grateful, and then once more, Noah chimed in: "I'm blessed."

"I think that touched all of us in the sense of, if this child who has been through so much can turn around and say, 'I'm blessed,' at the end of these four days, then God did something," Suchy said.