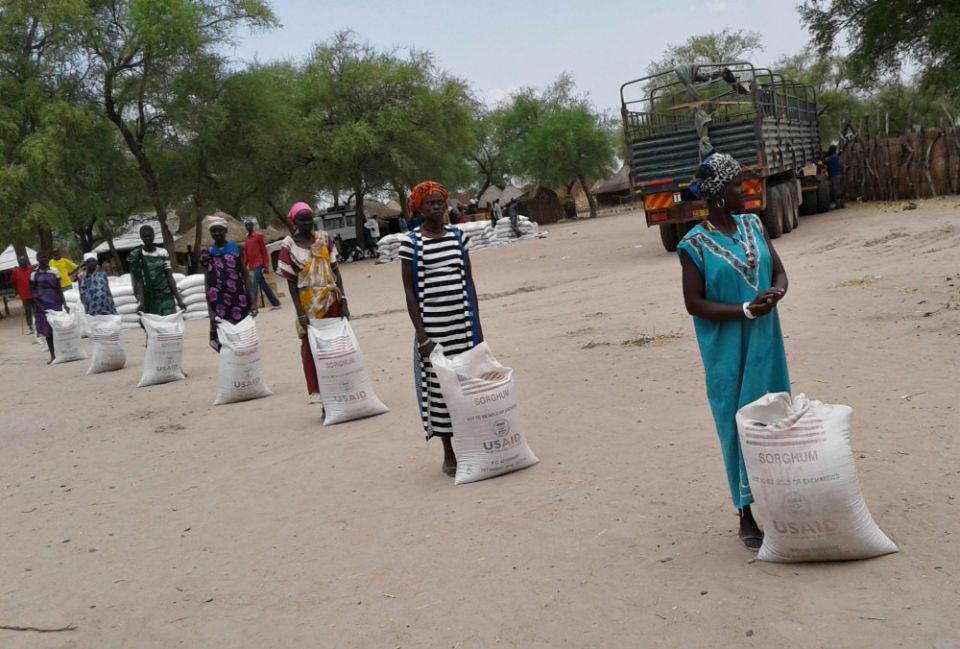 "The impact is going to be devastating," said Jennifer Poidatz, vice president of humanitarian response for Baltimore-based Catholic Relief Services.

In a recent telephone interview from Paris, where she is based, Poidatz said, "This is not a three-month thing or a six-month thing. This is a new normal."

She noted that what is particularly alarming about the current crisis is its global reach. "We're used to having multiple crises at the same time, but not in every country we're operating in," she said.

And what makes the situation especially challenging, Poidatz said, "is that the environments we work in are experiencing protracted humanitarian crises in which 61 million people — migrants, refugees — are on the move. And even in those areas where we are working in 'stable environments,' the health infrastructure is weak." 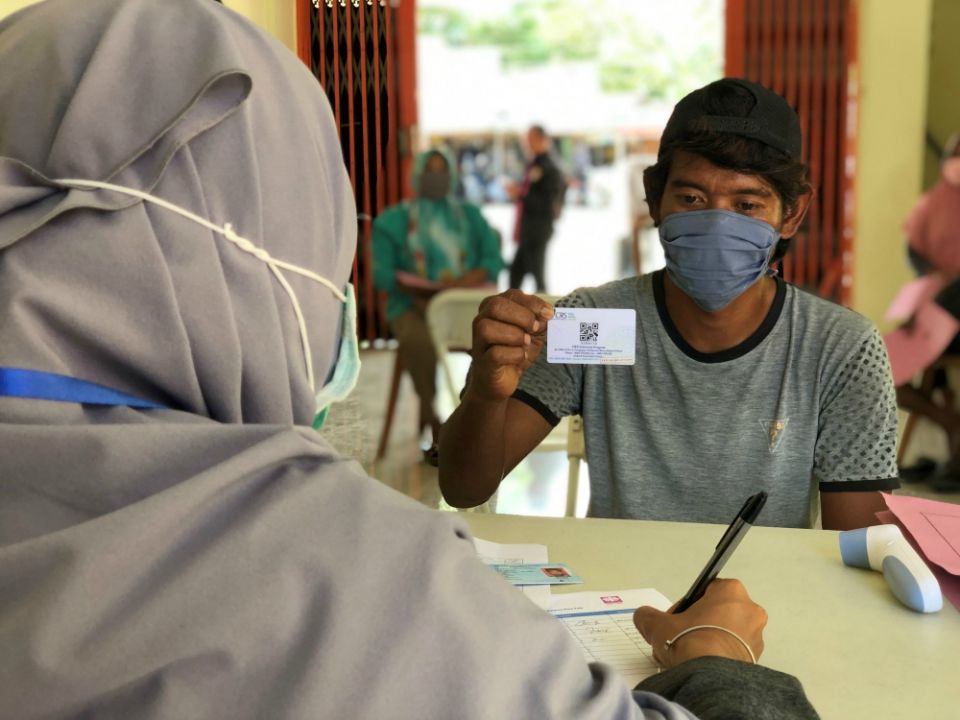 For example, for 600,000 refugees in a confined area, such as the Rohingya refugees in Bangladesh, self-quarantine and social distancing are not options.

"When you have a situation where your house is a temporary structure with one room, how do you do that?" she said.

Multiply that by the hundreds of thousands, and then in dozens of places throughout the world, she said, and "it's pretty awful stuff," Poidatz said.

The gender imbalance is also deeply worrisome, U.N. Secretary-General António Guterres said in an April 9 statement. While early data show "the mortality rates from COVID-19 may be higher for men," he said, "the pandemic is having devastating social and economic consequences for women and girls."

He noted that nearly 60% of women globally "work in the informal economy, earning less, saving less, and at greater risk of falling into poverty."

How has the coronavirus changed your community?

Global Sisters Report would like to hear from you about how your local community and/or congregation at large are finding creative ways to continue your ministries or connect with one another in these uncertain times. If you have an experience to share, please click here to fill out a confidential form. We may use your response in an upcoming piece on GSR.

Women do as much as 80% of the farming work in the world, and disruption in the food supply chain will have a serious effect on women's income, said Sr. Celine Paramundayil, the representative for the Medical Mission Sisters' nongovernmental organization at the United Nations.

And that is not the only issue of concern. With more men now staying at home, Guterres had earlier sounded an alarm about the increased risk for domestic violence, a worry that is all too real, Paramundayil said.

"There's more pressure on women in so many ways, as women are so often the ones meeting the needs in families and communities," Paramundayil said in an interview with Global Sisters Report.

Participants in an April 8 webinar sponsored by the Georgetown Institute for Women, Peace and Security expressed similar concerns.

"The outbreak of the virus dramatizes the limits of progress" since the U.N.'s landmark Fourth World Conference on Women, held in 1995 in Beijing, said David Miliband, president and CEO of the New York-based International Rescue Committee, a prominent global humanitarian agency.

"This was supposed to be a year of celebration," Anita Bhatia, an assistant U.N. secretary general and a deputy executive director for U.N. Women, noted of the 25th anniversary of the Beijing conference. But even before the pandemic, she said, it looked like "we were running to stay in place." Now, the year is "turning out to be a catastrophe" for not only the world, but for women and girls in particular. 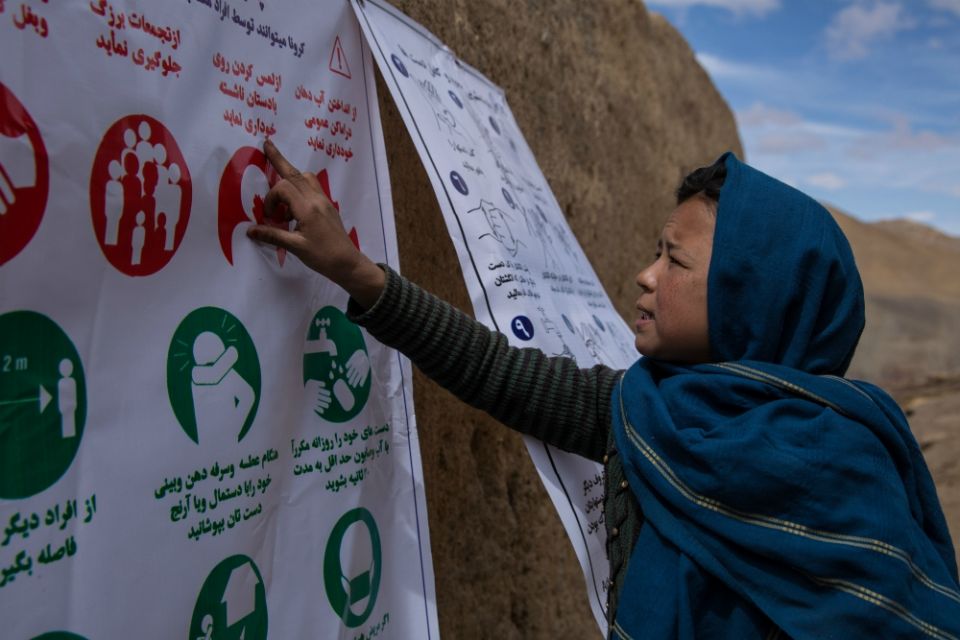 "We're going to see some awful situations on the ground," she said.

Another reason the pandemic poses a challenge, Guterres said in the April 9 message, is that it "could reverse the limited progress that has been made on gender equality and women's rights." He noted that women are "losing paid employment, women's unpaid care work has increased exponentially as a result of school closures and the increased needs of older people."

"These currents are combining as never before to defeat women's rights and deny women's opportunities," he said. "Progress lost takes years to regain. Teenage girls out of school may never return."

As markets fall and businesses close, "millions of women's jobs have disappeared," the U.N. head said.

Echoing those worries, as well as a recent declaration by Guterres that the crisis is the most serious global challenge since the end of World War II, Sr. Teresa Kotturan, who represents the Sisters of Charity Federation at the U.N., said global efforts to reverse poverty and other social ills will now be put on hold, with alarming effects.

"I would say this is now an unimaginable humanitarian crisis we're facing," she said.

In 2019, the United Nations could take pride in some of the progress being made through its ambitious 2030 agenda, or sustainable development goals, to combat global poverty and other social ills.

"That hope is just remaining at the level of hope," Kotturan said, adding that the pandemic is a huge global setback.

Paramundayil said this is the moment for countries to take a stand in support of the sustainable development goals but acknowledged that such support may not be easy to sustain right now, given the global focus on the pandemic.

"It's an opportunity to affirm the SDGs," she said, "but it won't happen magically."

Kotturan said she is worried.

From Haiti, Sr. Denise Desil, mother general of the Little Sisters of St. Thérèse of the Child Jesus, a Haiti-based congregation, told GSR via email that her congregation is facing new challenges, with getting food for an orphanage and nursing home "now a big problem."

"We try to manage the situation now," she said, but "we know later it will be worse." 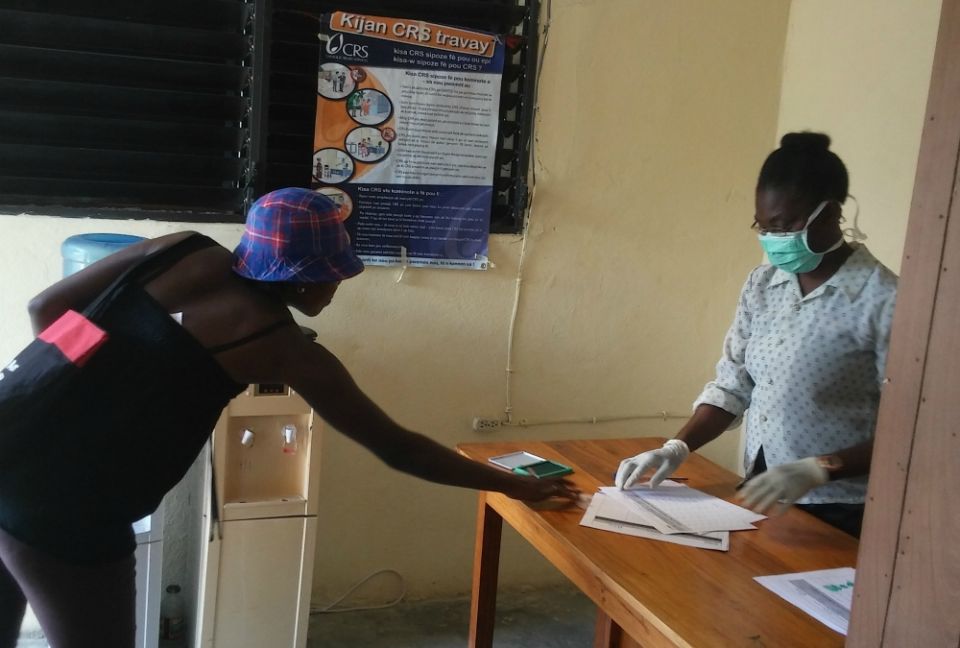 Another sister frustrated by the current situation is Mercy Sr. Deborah Watson, who is based in Buenos Aires, Argentina, but is now temporarily residing at a congregational residence in Burlingame, California, after attending meetings on the East Coast in February.

In both California and Argentina, Watson told GSR, sisters are adhering to shelter-in-place measures. But the effect in Argentina amounts to a "pause" in Mercy ministries in the country's capital city. A women's center where one sister works has closed. A hospice for those who are homeless where another sister works is not accepting any new clients, said Watson, who has lived and worked in Latin America for 35 years, the last 10 in Argentina.

Though the need for physical distancing is obvious now, Watson said the uncertainty for those the sister-assisted programs help is painful and a reminder that the pandemic's effects are being most felt by those who are socially and economically vulnerable.

"We have to assume that COVID cases are now everywhere," she said. All of the organization's offices remain open, though more than eight in 10 staffers are now working remotely. (Catholic Relief Services currently works in 114 countries, with 6,990 employees in all.) 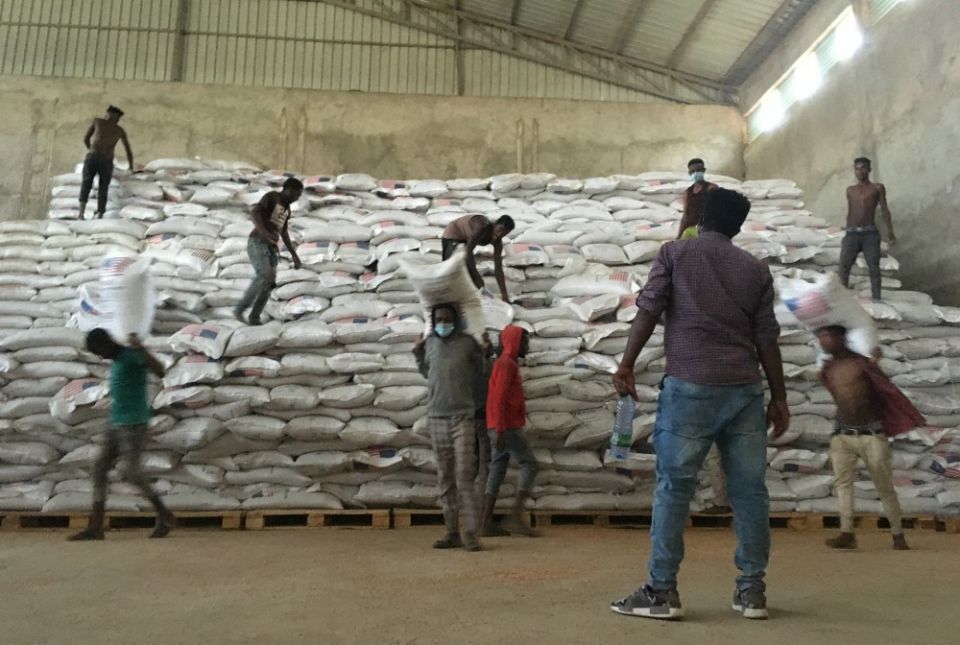 Catholic Relief Services in Ethiopia is moving commodities from its primary distribution points out to rural communities, where the food can be distributed to extremely vulnerable populations in case there are major concerns with COVID-19 cases and potential travel and transport restrictions across the country. (Courtesy of Catholic Relief Services)

Looking to the months ahead, "we can't lose sight of the existing needs," such as war-affected countries like Yemen and Syria, Poidatz said. "The list is long."

So far, Poidatz said, support from institutional donors, like the U.S. government, continues. She hopes private donors such as schools, parishes and individuals will continue their support of Catholic Relief Services.

"The situation is quite uncertain," she said, "but our private donors are so generous and so concerned and always seek to do good even in the most challenging of times."

Such support is vital, she said, because Catholic Relief Services supports Catholic health institutions, such as hospitals in Africa, that are "such important actors" in many places throughout the world.

If they are overrun with COVID-19 cases, the potential for a crisis is "extremely worrying," Poidatz said. "I'd be extremely frightened."

In the case of sisters in Bangladesh, example can be powerful