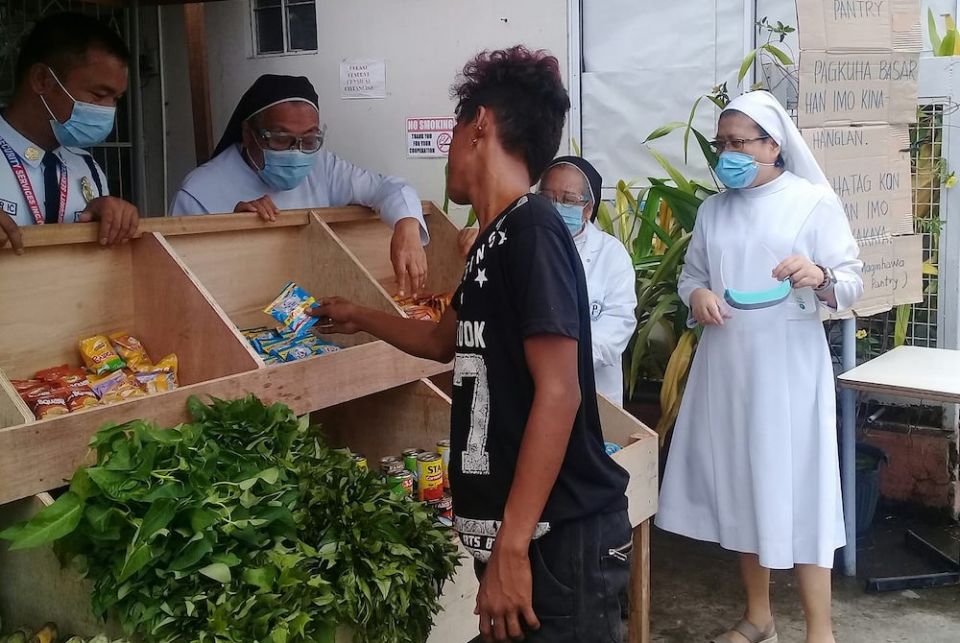 It was a simple act of sharing on the street where she lives, but Ana Patricia Non's initiative of putting up a "community pantry" for the needy caught attention immediately and inspired others to do the same, including congregations of women religious.

But her effort also invited bashing and "red-tagging," which means linking an individual or group with the Communist Party of the Philippines and its armed wing, the New People's Army. The communist insurgency in the Philippines has gone on for almost 50 years. Being red-tagged could mean being in the crosshairs of the Duterte government according to human rights groups. A number of people who had been red-tagged have been killed by unknown assailants.

Some supporters and officials of the Duterte government harshly criticized the food sharing effort. Others considered it an indictment of the government's ineptitude in the midst of the COVID-19 pandemic and for allowing communist China's militia intrusion into Philippine territory and fishing grounds that affected Filipino fishermen's livelihood.

When Non, a 26-year-old businesswoman, set up a small community pantry on Maginhawa Street in Quezon City (the largest city Metro Manila by area and population), little did she know that people would soon make a beeline to the pantry, a low cart-like bamboo shelf with assorted edibles on it. It bore a sign with the words "Kumuha batay sa pangangailangan. Magbigay batay sa kakayahan." ("Take according to your need. Give according to what you can afford.") Soon, people in the neighborhood also came to leave food such as vegetables, eggs, bread, canned goods and the like for others to take home. 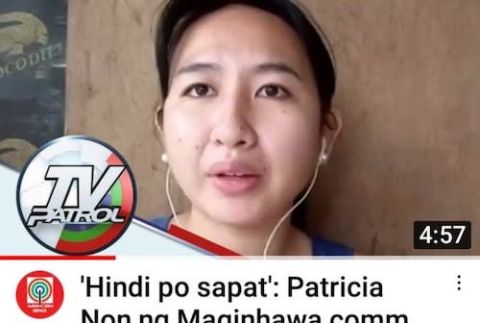 Maginhawa Street is known for its restaurants and event venues in a mainly middle- to upper-income residential area not far from the University of the Philippines' main campus. Non-residents can pass or drive through it because it is not inside a gated or so-called exclusive village.

News about the community pantry on Maginhawa went viral on both mainstream and social media the day after it was put up on April 14. It made the front page of newspapers and was the subject of discussions among the learned and the unschooled, politicians and TV talk show hosts, ideologues and church people and, most of all, Facebook users.

According to news reports, despite the red-tagging, some 350 community pantries have sprouted up all over the Philippines in a little more than week since Maginhawa.  As of April 23, more have been put up, some serving cooked meals.

Church groups have weighed in with the Association of Major Religious Superiors in the Philippines (AMRSP) issuing a statement supporting and defending community pantries, while denouncing government detractors particularly from the National Task Force to End Local Communist Armed Conflict (NTF-ELCAC).

Church and human rights groups have been denouncing the Duterte administration's penchant for red-tagging its perceived critics.

The religious group's statement, dated April 20, 2021, said: "The AMRSP wholeheartedly supports the community pantries sprouting all over the country, inspired by the Maginhawa Community Pantry. These noble efforts at bayanihan (helping one another) and bahaginan (sharing) are rooted in the commandment 'to love thy neighbor as Christ loved us.' There is nothing sinister or diabolical with loving, caring and acting in solidarity with one another …

"We remind those in power that they are servants — not masters — of the people. People are tired of quarantines. People have lost jobs and loved ones. People are hungry. People are in distress. Instead of harassing, maligning and belittling these innocent community efforts, we challenge those in authority to join and be a part of it …

"AMRSP encourages each congregation to put its resources, how little they may be, at the service of the community pantries … let us listen to the words of John the Baptist howling in the wilderness: 'Whoever has two tunics should share with the person who has none. And whoever has food should do likewise (Luke 3, 11).' "

The statement was signed by AMRSP co-chairs Religious of the Cenacle Sr. Marilyn A. Java and Franciscan Fr. Cielito Almazan. 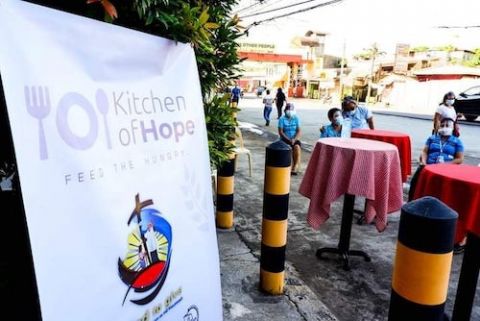 The Missionary Benedictine Sisters joined the effort by putting up a community pantry in front of St. Scholastica's College on Leon Guinto Street in Manila. According to the Benedictines' Facebook page, 100 persons were served on the first day, April 20, of their pantry.

Installed on April 11, the new prioress, Mother Mary Thomas Prado, said that the Benedictine sisters' community pantry effort is nationwide. The Benedictine-run Divine Word Hospital in Tacloban City and the formation house in Tagaytay City have already set up their own, while more than 10 other Benedictine communities were encouraged to follow suit.

Prado rued these times "when citizen's initiatives are politicized, when community sharing and humanitarian aid are considered subversive acts." While the Benedictine sisters in Manila already have several pandemic-related outreach ministries — such as a feeding program, providing food for health care frontline workers at the government-run Philippine General Hospital, and a day shelter for the junk gatherers — the community pantry was still set up not only to provide food for the needy, she said, but as a show of support for Non.

Prado noted that the sisters have good relations with the barangay (local government unit) officials, and the sisters even asked to be issued a permit.  Several community pantries initiated by concerned citizens have already sprouted in the vicinity of the Benedictines' Manila priory.

The Missionaries of the Assumption, a diocesan congregation founded in 1989,* began their community pantry in Davao City (President Rodrigo Duterte's home city where he flies every week) on April 20*. It operates on Monday, Wednesday and Friday, and their Kitchen of Hope is open on Tuesday and Thursday.

1 Missionaries of the Assumption in Davao City c.jpg 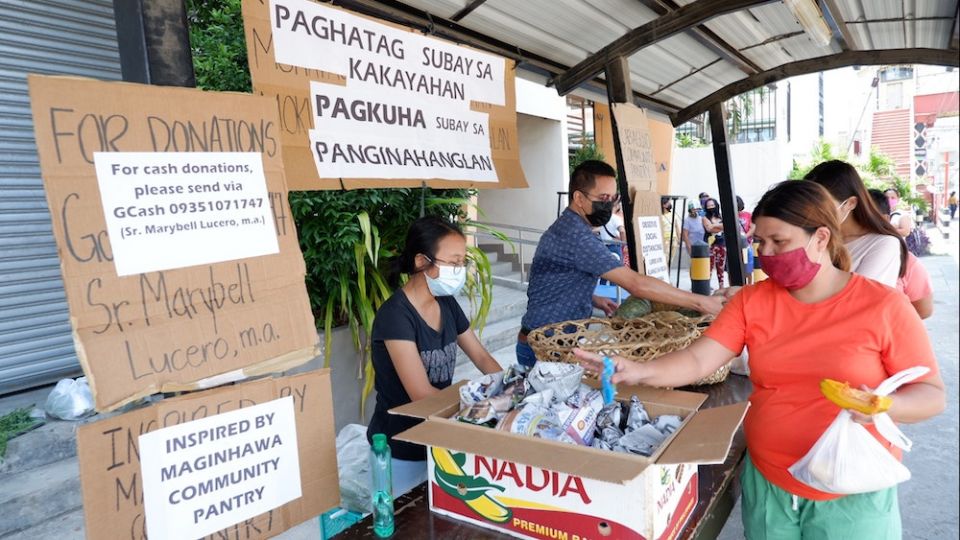 Sr. Flora Secuya, the congregation's coordinator, told GSR that the sisters' efforts received a lot of support especially from the alumni of their school, the Assumption College of Davao. "I thought our supplies would run out, but there was always something coming. Vegetables from nearby farms, eggs, dried fish, rice."

They have not experienced any harassment or red-tagging, Secuya said. Watching the pantry or tables laden with raw food are volunteers who make sure order and health protocols are observed, she added.

The Missionaries of the Assumption sisters started the Kitchen of Hope on March16* to coincide with the 500th anniversary of the coming Christianity to the Philippines, Secuya said. The kitchen serves cooked food to junk gatherers, vendors and drivers whose incomes have been drastically cut during the pandemic lockdowns.

According to the Office of Women and Gender Concerns of the AMRSP, men religious such as the Vincentians, Claretians and Franciscans have put up their own pantries. Added to the list of women religious are the Missionaries of the Immaculate Heart of Mary, Sisters of St. Paul de Chartres, Daughters of Charity, the Sisters of Pro Infante et Familia and the Canossian Sisters. Several congregations of women told GSR that they are also planning their own community pantries.

The National Privacy Commission, a government agency, issued a statement criticizing the "alleged profiling of organizers of these initiatives. Individuals were purportedly asked to provide personal data." Non closed the Maginhawa Street pantry for a day for security reasons. The commission called upon the Philippine National Police to look into such reports. Lawyers have expressed support for community pantries that might feel threatened. 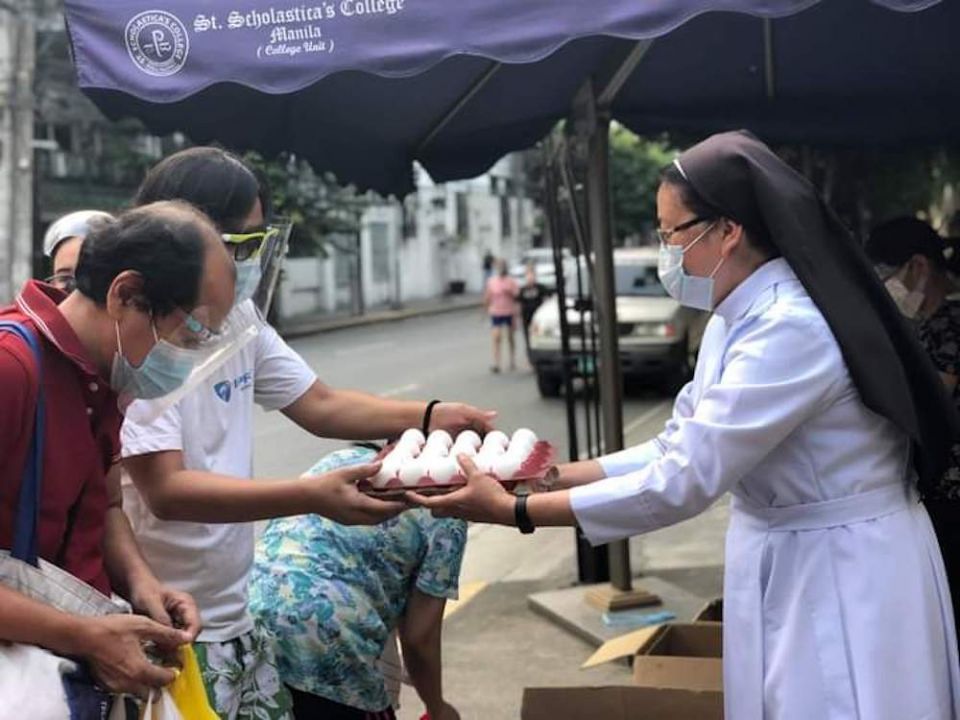 Benedictine Prioress Mother Mary Thomas Prado receives a tray of eggs for the community pantry from a couple who dropped by. (Courtesy of Missionary Benedictine Sisters)

Quezon City Mayor Joy Belmonte said organizers did not have to get permits before setting up a community pantry. To the red-taggers, Bishop Pablo Virgilio David of the Diocese of Caloocan in Metro Manila said: "This is not the Communist Party of the Philippines but the Community Pantry of the Poor."

The multiplying food pantries all over the country are seen to complement the government's ayuda (Spanish for "aid") to the most needy who are getting less now compared to last year when very strict lockdowns were enforced. The so-called "modified enhanced community quarantine" is still in place in Metro Manila and four surrounding provinces, and many people are still jobless.

A community pantry organized on April 23 by actress and philanthropist Angel Locsin (who also has been red-tagged in the past because of her philanthropic efforts) for her 36th birthday suffered a tragedy when an elderly man fainted and later died in the hospital. The first community pantry at Maginhawa Street had a surprise visitor in the person of German Ambassador Anke Reiffesntuel who brought food items.

*An earlier version of this story gave incorrect dates. 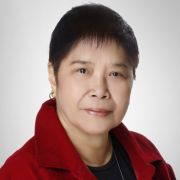 Ma. Ceres P. Doyo writes features, special reports and a regular column, "Human Face," for the Philippine Daily Inquirer and has been a journalist for more than 30 years.

Ministry | Give what you can, take what you need: Catholic sisters join community food pantry effort in the Philippines

Q & A with Sr. Clara Animottil