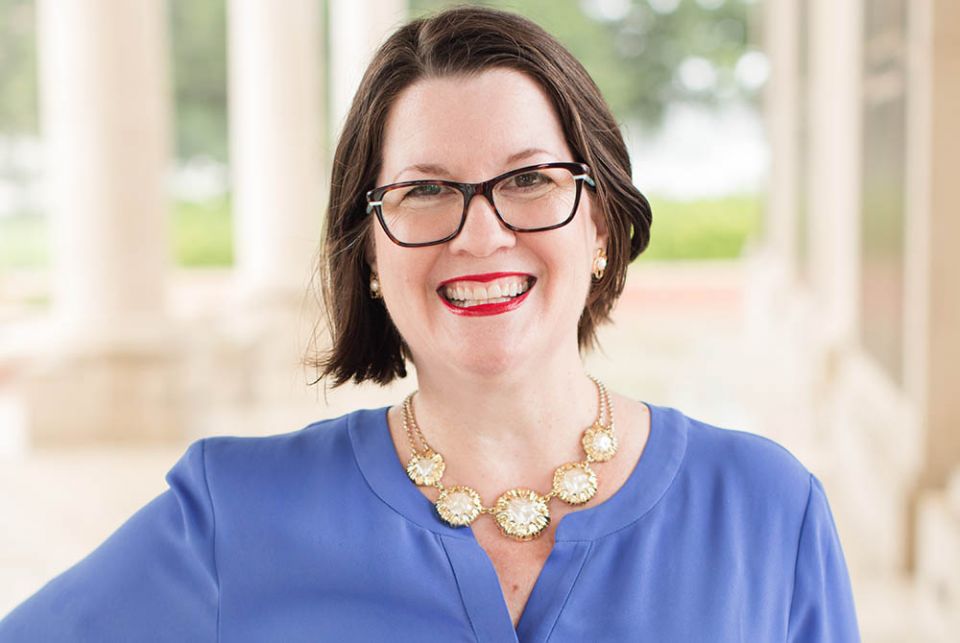 Peggy M. Delmas, an assistant professor of educational leadership at the University of South Alabama, who published a study in September on women religious pioneers in STEM fields (Provided photo)

Peggy M. Delmas, an assistant professor of educational leadership at the University of South Alabama, has developed a valuable niche in higher education: shedding light on the contributions of Catholic sisters with careers as academics, including as scientists.

Her recent study, published in September, appeared in the International Journal of Gender, Science and Technology with the title "Foremothers in STEM: Celebrating the work of Catholic sister scientists."

"Some of the earliest and most influential women scientists in the U.S. have been Catholic sisters," Delmas noted in the article's abstract. "Yet their stories and scientific contributions are not widely known. Why did these sisters pursue scientific study, in what ways did they contribute to science, and how did their experiences compare to that of other women scientists?"

In the introduction to her paper, Delmas takes note of Sr. Mary Kenneth Keller, a member of the Sisters of Charity of the Blessed Virgin Mary in Dubuque, Iowa, who is recognized as having been the co-developer of the BASIC computer language and was, as Delmas writes, "the first woman in the U.S. to obtain a Ph.D. in the burgeoning field of computer science in 1965."

"Her efforts to increase women's interest in computer science included her policy of allowing working mothers to bring their young children with them to class," Delmas' article notes. "Yet, despite such important scientific contributions and influence in promoting science for girls and women, the work of U.S. Catholic sisters in science remains largely unknown."

"I am such a fan of sisters, but I've come to realize that the wider public — the non-Catholic public in particular — doesn't really know much about what they do or what they've done," Delmas told GSR in a recent interview. "And, of course, sisters tend to be very humble people who don't make a fuss or draw attention to themselves. But they have a fascinating history, waiting for someone to draw on."

The sisters profiled in the article are:

Delmas, who conducted her research in 2018 and 2019, grew up as a Southern Baptist and converted to Catholicism in 1998. She has taught at the University of South Alabama since 2006. Delmas received her doctorate in educational leadership from the University of Alabama at Birmingham in 2006, focusing on sisters who taught at public, rather than religious, institutions. Her doctoral research combined her interest in female leaders in higher education with her desire to learn more about the Catholic faith.

GSR: What prompted this research interest?

Delmas: After completing my dissertation on the experiences of three Catholic sisters who taught at public universities in the South, I continued to learn of other Catholic sisters who were presently or had been similarly employed in public higher education. The numbers convinced me that theirs was a rich story to be told, one that had not yet been widely shared.

Your research focus is very specific. What is the reaction to it?

I sometimes get puzzled looks when I tell people about my research. Cradle Catholics may know some of this, but in the non-Catholic world, the profile of sisters in higher education, especially in science, is not very prominent. But the sisters I researched for this paper made real contributions to their fields, and several of them were at least considered for Nobel Prizes. It's important to note that they all received fantastic educations.

And yet they remained dedicated to both their calling as scientists and to religious life.

They very much felt committed to their congregations, which supported them when they pursued their doctorates, which, of course, is an expensive endeavor. But it has to be seen in a wider history: In modern times, the Catholic tradition has embraced the study of science, and it has not made big distinctions between religion and science. The sisters saw science as deepening their relationship with God. They did not see a divide between their spiritual life and their work life. In the academic community, there's been a tendency to make distinctions between the two worlds. But the sisters didn't see it that way.

Though the article champions the sisters' work, you very clearly point out that the sisters had clear challenges, both as Catholic sisters in a secular setting and as women. Asman's career seems instructive. You note her decision to study science was probably due to her congregation's need for a science teacher — she taught initially at congregational schools before going to Berkeley. But she was one of eight women, all Catholic sisters, who received doctorates from the University of Notre Dame in 1966.

All of the women faced challenges, but the case of Sr. Monica Asman is particularly heartbreaking. Her work was important. As I learned, she became a world-recognized expert on mosquitoes and genetic alteration and was part of a team of researchers at Berkeley that concluded that genetics determine the susceptibility of mosquitoes to a virus.

But in my research, I learned that public recognition and respect weren't always given. A news article about the research team's credentials mentioned her male counterparts' academic credentials; Sister Monica was referred to only as a Roman Catholic nun.

And that's not all, right?

Something similar happened to the other sisters, but I learned that, in Sister Monica's case, she was the target of jokes about nuns in the press and by her colleagues. The old tropes about naughty nuns were common at the time, as was the sexism in the culture.

The sexism toward females in academia, the gender bias, the chilly climate, is well-documented in the literature. The naughty nun trope is an old one and was mentioned by other research participants among the stereotypes that people have of sisters.

Have those views altered?

To a certain extent, yes. The blatant sexism and stereotypes around nuns that the sisters experienced occurred primarily in the 1960s through the 1980s. In my interviews, sisters who have worked in higher education more recently say that from the 1990s to the present, those attitudes are less prevalent or more subtle.

Your larger research project is to continue work on the theme of sisters who have worked at public educational institutions, correct?

Yes. There is a long tradition of that that is not well-known. My ultimate goal is to write a book on that theme, studying 76 women in all — 47 deceased and 29 living — with the study restricted to sisters in the U.S. I have a lot of work ahead of me on this, though I am about to wrap up interviews with the living sisters. The interviews in person have had to stop because of COVID-19, so I have to do more of them via Zoom. The pandemic has slowed the research. At the same time, many of the sisters have adapted to the technology like Zoom really well, and others were already using it.

Where are the sisters in your study living?

Well, they're not in Alabama! [She laughs.] The sisters in the study are from across the U.S., but many are in the Midwest.

Many times, they are surprised, yes. But they are delighted that attention is being paid to them and to the work of others. To a person, they've been welcoming, gracious, kind and accommodating.

There must be a sense of urgency given the aging population of the sisters.

I do feel a sense of urgency. One sister I was prepared to interview died. The archivist of the congregation notified me, and that was profoundly saddening. I had a meltdown that day.

How has this experience deepened your own spirituality?

Researching and interviewing these women has shown me a way to actively combine my academic work and my faith, my truth. In academia, that's often frowned upon. But I've learned from the sisters that everything is folded into life. They've been role models.