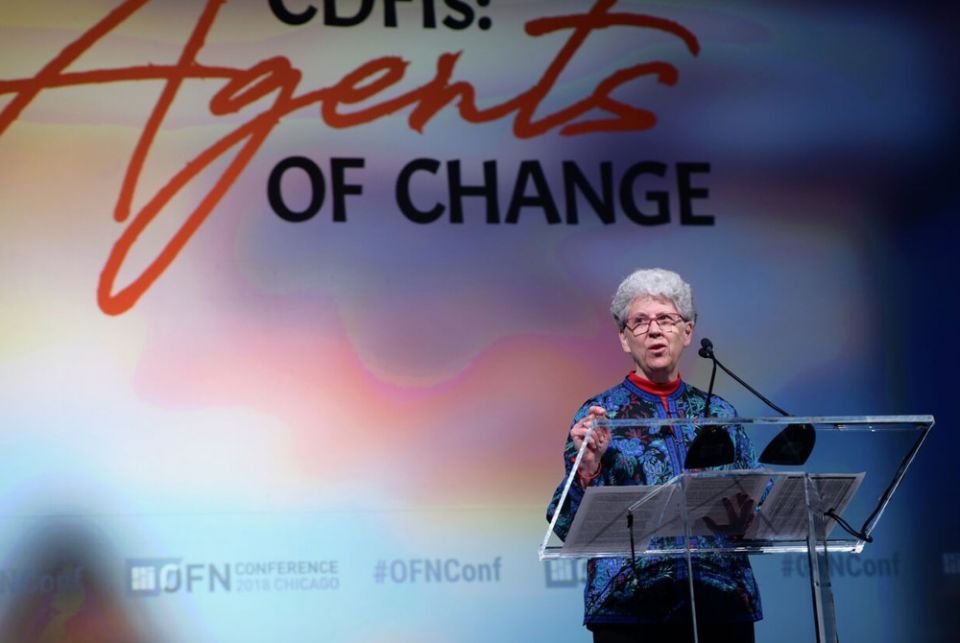 For Sr. Corinne Florek, investing isn't about money. It's about economic justice, building communities, the power of collaboration, and living out Gospel values. As executive director of the Religious Communities Impact Fund, or RCIF, she ensures that the investments the fund makes adhere to those values.

Florek, an Adrian Dominican, brings decades of experience in community development investing to the fund, which she helped start in 2008 with 10 founding members and $3 million in capital. It now has 31 members and more than $11 million available to lend. RCIF members, all communities of women religious, pool their community investment money, which means larger loans, less paperwork for recipients (and the religious communities) and more effective use of the financing.

She began religious life as a teacher and, because of her proficiency in math, was tapped to learn finance. Her career in community investing began after she earned a master's degree in business administration from the University of Notre Dame and joined an organization in Appalachia that helped craft cooperatives, later becoming the director of one of the cooperatives in the network.

She has worked for a number of organizations, including the Catholic Campaign for Human Development, the Adrian Dominicans' Portfolio Advisory Board, a loan fund for low-income women-owned businesses and Mercy Partnership Fund, the community development investing program of Mercy Investment Services.

She was coordinating JOLT (Justice Organizers, Leadership and Treasurers), a regional coalition of the Interfaith Center on Corporate Responsibility that worked together on shareholder actions, community investing and education. JOLT members in 2006 discussed how much more effective communities could be if they combined their investments into a single fund, leading to the formation of the Religious Communities Impact Fund. 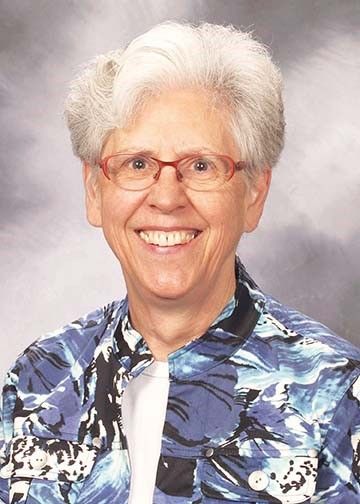 RCIF sponsors invest money in the fund, agreeing to zero percent return. There is a member board and a seven-member operating board that also acts as the loan committee. Florek oversees the fund operations. RCIF loans at 2% to intermediaries such as credit unions, community development financial institutions, land trusts and microfinance funds, and also loans directly to some nonprofits. The intermediaries in turn loan at less than market rate to community organizations, nonprofits and small businesses shut out of traditional financing avenues.

Florek said she believes strongly in community and the power of collaboration, so much so that when she was honored in 2010 with the Lifetime Achievement Award from the Opportunity Finance Network, she invited about 30 sisters to join her at the podium.

"It was a beautiful moment because people had a visual of who the sisters are," she said. "It wasn't about me. It was about the communities committing these assets. I'm merely a steward of them. If I didn't have the sisters willing to share their funds, I'd have nothing to do."

When she needs a break from spreadsheets and financial reports, Florek sings in an a cappella group and does Middle Eastern drumming.

GSR: How does RCIF help carry on the mission of women religious congregations?

Florek: When we had the discussion with JOLT, it became clear that the way women religious congregations did their lending was very similar: It was all about mission. It was not about returns.

The reason why many congregations began with a loan product was because we did not want to own the assets in these communities. We wanted the local people to own these assets. We used the loan mechanism because it was simple. All we needed was a promissory note, and it kept ownership and decision-making in the hands of those in the community.

We saw money as a resource for mission. We were trying to enable these communities to become economically self-sufficient and have economic power. When we started RCIF, we said we wanted to be as effective, efficient and prophetic as when it was being managed by each of the communities. Our promise is that we will be self-sufficient while keeping the rate low for these borrowers, so we ask the communities to invest at zero percent, and we only charge 2%. The founding communities agreed, since they didn't have to pay for staff or a tracking system or a committee. It was a win-win situation. The ministry continues to provide affordable financing to the groups we support and is itself sustainable. 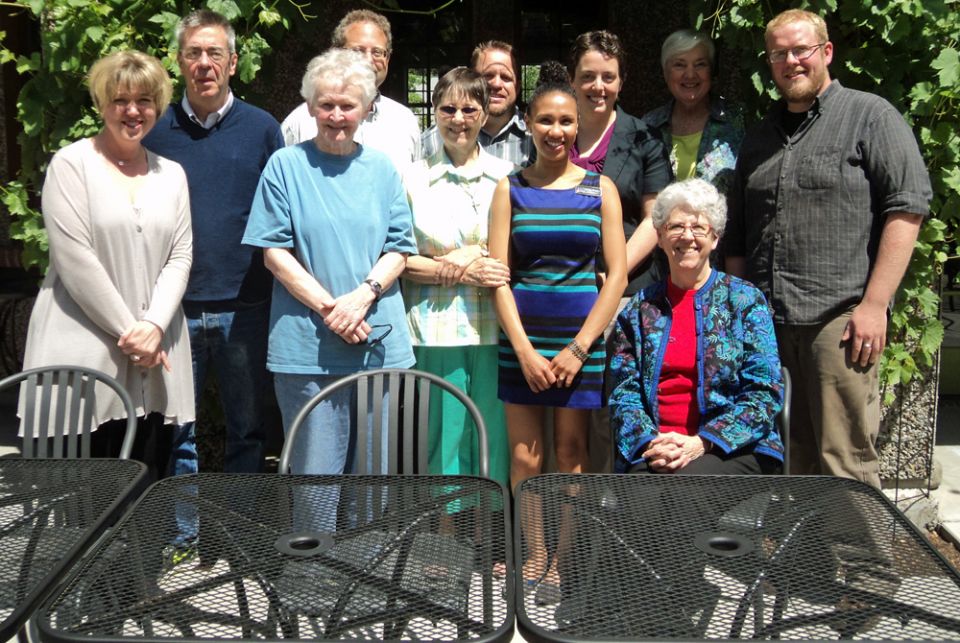 Adrian Dominican Sr. Corinne Florek (seated, front row) with other sisters and staff of Sprouts, a business incubator project in Eugene, Oregon. The Religious Communities Impact Fund loaned money to the Neighborhood Economic Development Corporation, which then provided financing to Sprouts, which had an industrial kitchen in which small food businesses could make their products. (Courtesy of the Religious Communities Impact Fund)

What are the most important criteria when the Religious Communities Impact Fund considers a loan or investment?

The two priorities are that the investment serves people in low-income, low-wealth communities, and it's helping women and children. The source of our money is women's congregations, and it's been shown that working with women effectively helps the entire community as well as their families, so that is a key priority for us.

We also look for organizations that have women in management and on the board. This is about empowering women, not just serving women.

Related: Impact investing moves money from 'do no harm' to promoting social good

RCIF celebrated its 10th anniversary last year in 2018. The list is long, but can you name some of the investments in which you and RCIF sponsor-members take particular joy?

In San Francisco, there's an organization called Youth Speaks, which provides free arts education to youth and seeks to empower young people with opportunities to discover and develop their own voices. They had a problem with cash flow and were in negotiations with the IRS when they contacted me. They had begun a new development campaign. So we loaned them the money to pay off the IRS. Who else is going to do that? It was a three-year loan with a reasonable interest rate. Their fundraising was successful, and they continue to do amazing work with youth.

Another is Solar for All, based in Oregon, which worked with Habitat for Humanity and Proud Ground to put solar panels on the houses they developed. When the owners got the state tax credit, they paid back Solar for All for the installation. They did at least 17 homes until the state tax credit was no longer available, but you have 17 low-income families that will have low-energy costs for the life of the house. We loaned to them when all they had was an idea. Who does that type of lending if not for us? 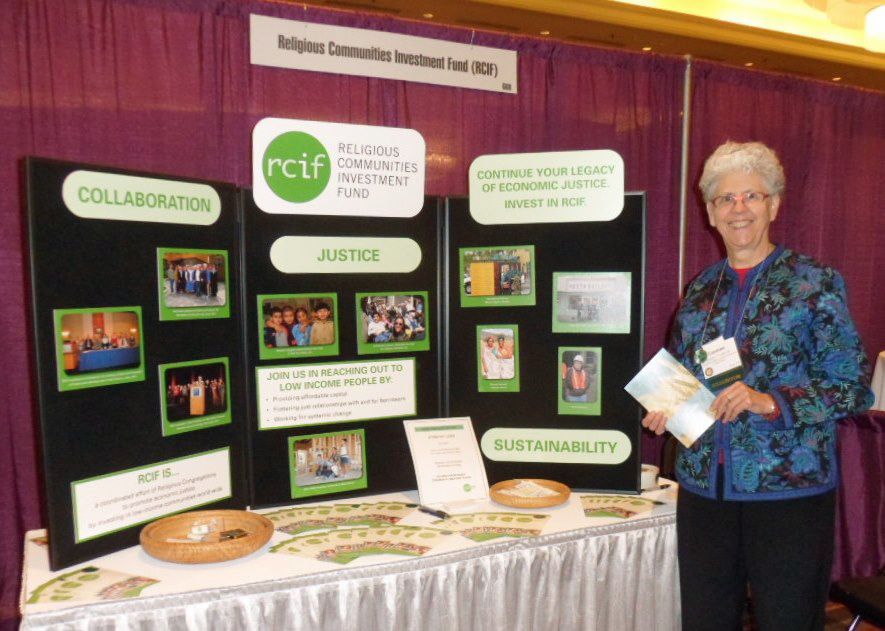 You've chosen what some may see as an unusual ministry for a Catholic sister: money and investing. What drew you to this?

When I was studying at Notre Dame, I became acquainted with cooperatives, and that resonated with me because I value community very highly. I believe community and cooperation are some of our strongest assets as humans. I was also very conscious of wanting to work with the poor. So after I graduated, a Glenmary priest suggested exploring work in Appalachia and gave me some contacts there. I went for interviews, and I began working for MATCH, a network of craft cooperatives based in Berea, Kentucky. That was my entry into the world of community development.

When I entered religious life, this field didn't exist, so you could never have trained for it. For me, it was a learn-by-doing experience. I accepted opportunities as they came to me, and it has led to a very rich ministry in economic justice.

How do you see the Holy Spirit at work in this ministry?

For me, it's all about incarnation and God working through us. Our mission statement as Adrian Dominicans is that we are co-creators of justice and peace. For me, it's about staying in tune with Gospel values, and when you live through that stance, then I believe the Spirit is working through you.

There's a lot of hunger among young people to work for something of value. I see the Spirit continuing the work through them. When I go visit our borrowers, I ask to see all the staff, and I talk to these young people and tell them who the sisters are and about our common funds. I explain that the money comes from the sisters working hard in teaching and health care and social work and by pooling their common funds, they have money to invest in these projects.

I also tell them they are co-ministers with us. We don't have as many sisters, so we are sending them to do this work of justice. I also tell them that when they are working with someone and there are problems, remember: The sisters are praying for you.

This is about ministry. This is more than a job. I encourage them to think about it that way. These young people are working for economic justice, and they're bringing their skills, but they also need support and encouragement. So I keep reassuring them that they're working for something bigger than a job and that the values are more important than the transactions. That's where I see the Spirit working: in these young people who are looking for ways to make a difference and are committed to justice. 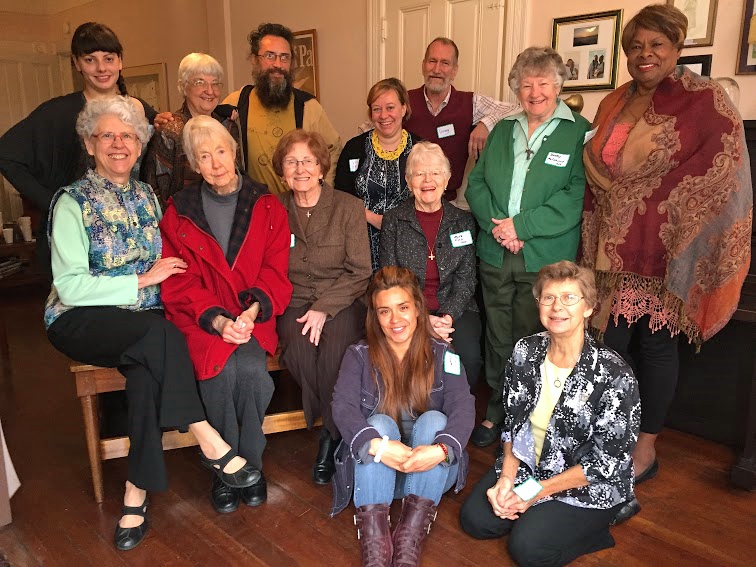 You've been a pioneer in community development investing. Can you please reflect on how the industry has grown and changed?

I find it appalling that we have people who call themselves "impact investors" who are asking for market-rate returns from these communities. That's exploitive. They say, "Well, consider the risk." Well, we have to redefine risk. I've been doing this type of lending for a long time, and there is more risk on Wall Street than in these organizations. Even during the 2008 recession, I lost no money. If you have money to invest, stop trying to earn more off the backs of the poor.

For different times and different cultures, sisters adapt the mission