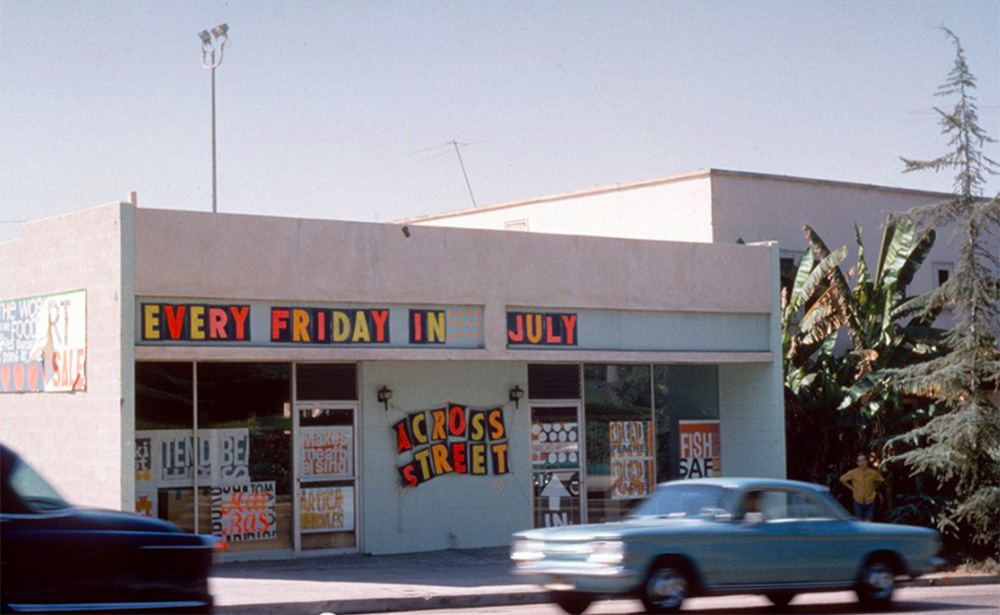 The former studio of Corita Kent appears to have been saved.

Kent, who died in 1986, was a member of the Immaculate Heart Community and a pop artist whose work has been shown in museums around the world and appeared on the 1985 "Love" U.S. postage stamp.

But her studio, which is now a dry cleaner, was up for demolition by its owner, prompting a campaign to save it from becoming a parking lot. On June 2, those efforts paid off when the Los Angeles City Council voted unanimously to approve recommendations to designate the building as a Historic-Cultural Monument.

Now, however, more work begins, the Corita Art Center notes on its website: "Corita Art Center is now exploring the future of how this building can be of service to the creative community as a part of the preservation of Corita Kent's legacy."

Preserving the site is especially important not just to the Immaculate Heart Community, the center says, but because only 3% of the Historic-Cultural Monuments in Los Angeles are associated with women's heritage.

Seven sisters are among the 34 nominees for Catholic Extension's annual Lumen Christi Award.

The award, which began in 1978, is given to individuals or groups working in Extension dioceses who demonstrate how faith transforms lives and communities. The award is presented in the fall. 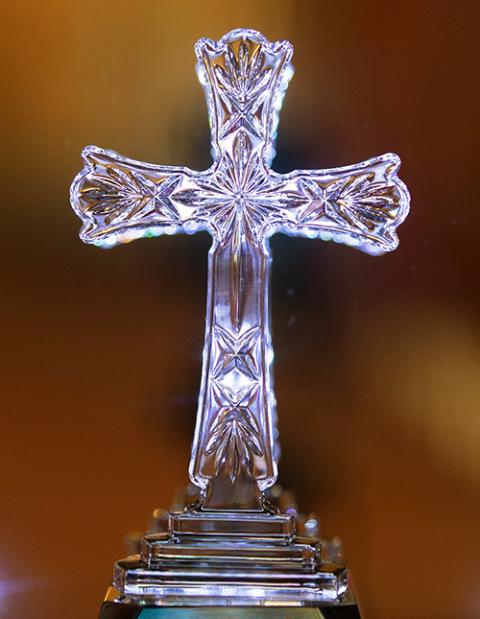 Among this year's nominees:

The winner of the Lumen Christi Award gets $25,000 for his or her work, and the diocese in which he or she serves gets $25,000 to enhance that area of ministry. Finalists for the award win $10,000 for their ministries.

When the influenza pandemic hit in 1918, Agnette Bengal was 4 years old. When she joined the Sisters of Christian Charity at age 16, Herbert Hoover was president and America was entering the Great Depression. She began teaching school the same year Franklin D. Roosevelt took office.

Bengal turned 107 on Feb. 4 and on June 29 will celebrate another milestone: 90 years in religious life, according to Chicago Catholic.

She grew up in a family of 13; one sister also joined the Sisters of Christian Charity, and two others joined the Poor Handmaids of Jesus Christ.

Though she is hard of hearing and has some physical ailments, she is lucid and only uses a wheelchair because her doctors don't want her to walk. But if sisters are late to push her to chapel, she'll use her chair as a walker and take herself, the newspaper said.

The Sisters of St. Joseph of Brentwood, New York, have been honored with a plaque at the school they began serving in the Flushing neighborhood of Queens, New York, shortly after it opened in 1851.

St. Michael's Catholic Academy dedicated the plaque May 26 in the school's faculty room. 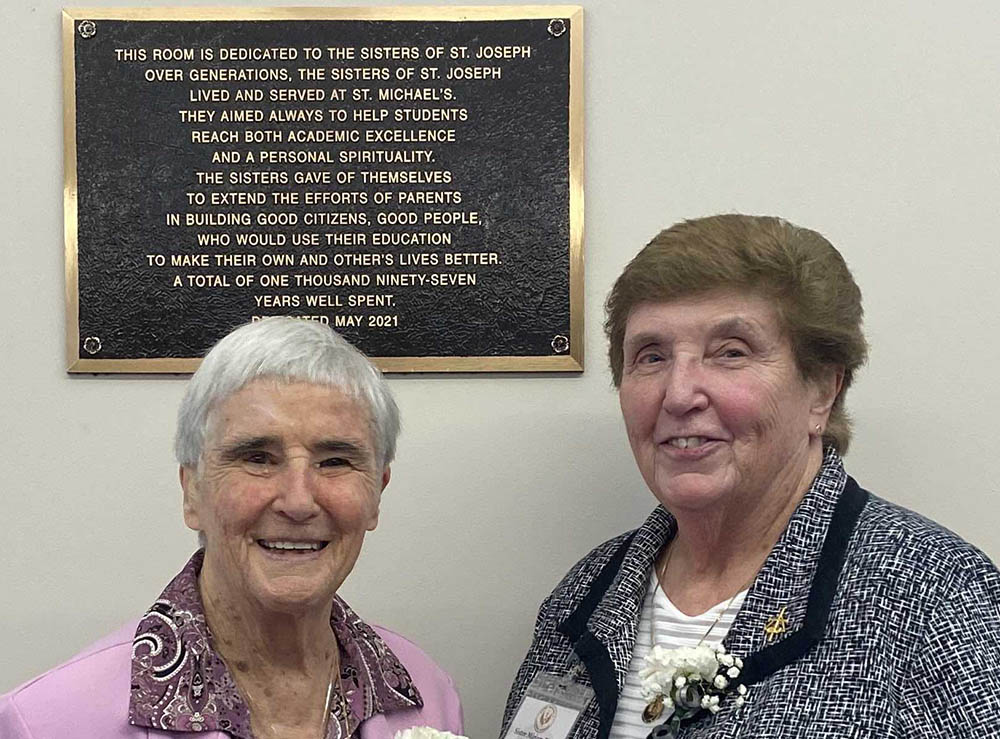 Sr. St. William, left, and Sr. Miriam Blake, the last Sisters of St. Joseph of Brentwood, New York, to staff St. Michael's Catholic Academy as administrators, attend the May 26 dedication of the plaque in the school's faculty room. (Courtesy of the Diocese of Brooklyn, New York)

"For over 150 years while ministering at St. Michael's School, the Sisters of St. Joseph showed strength and courage to face the challenges of the times in Flushing, and globally in their mission as women religious," school principal Maureen Rogone said in a statement. "Their progressive and inclusive approach, not only in education but in social issues, continues to inspire the teaching staff at St. Michael's Catholic Academy."